This summer I started to paint some tanks to complete a Bolt Action Ww2 Italian desert army so … Why not to buy some new stuff to increase my DAK armoured division too?

During the Ww2 two German armoured divisions were involved in the African theatre: the 21th and the 15th Panzer division … I've decided to concentrate my attention on the 15th panzer division. 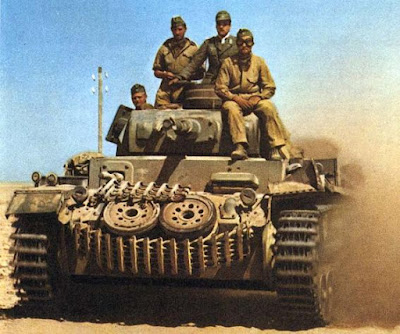 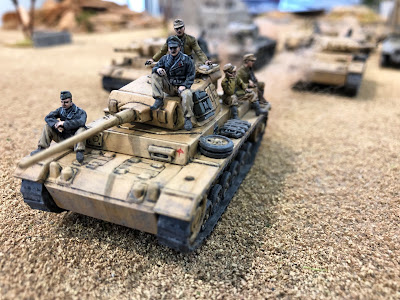 I used to paint German tanks the “Vallejo Iraqi sand” because the sun lightened the hulls during the war. I have to point out that the colours of these vehicles was different based on their seniority and the different period in which they were used.
For example in this photo when the first tanks arrived at Bengasi in 1941 their colour is a pale grey-yellow … 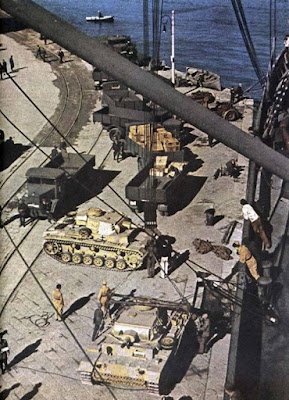 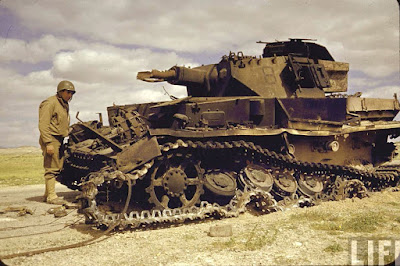 For this reason I asked to Maurizio to paint for me some vehicles with a grey-green base using his airbrush. In a second moment I add some weathering and damage effects. 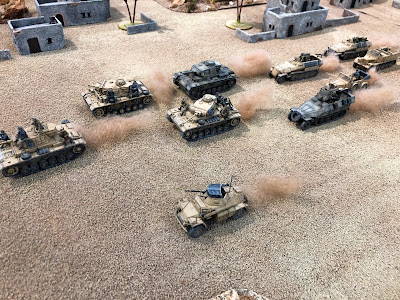 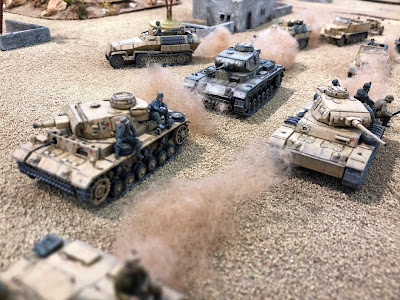 The 15th panzer division took part in all major German operations in North Africa. It participated also to the successful German actions during the battle of Gazala and suffered severe loses at the second El Alamein battle. 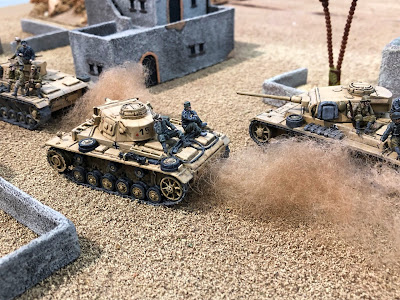 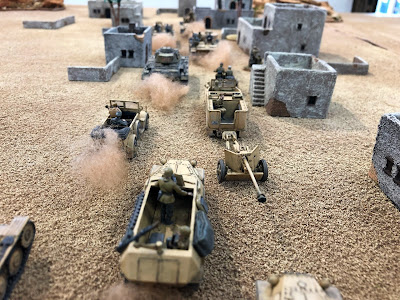 I painted also some tank destroyers as the Marder in the photo landascape ... 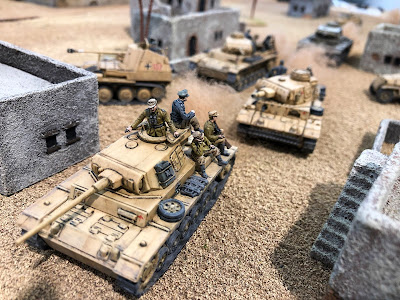 ... because I bought time ago this Kfz 15 horch that I painted at least three times before to decide to add it to Afrika Korps with an panzer AT artillery officer 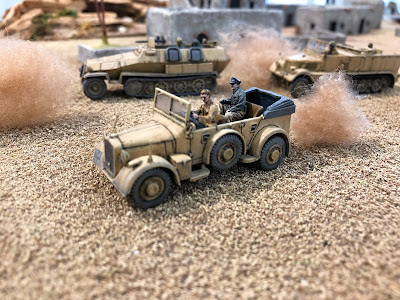 The 15th panzer division took part to the battle of Kesserine Pass and, after the retreat of the German and Italian forces in Tunisia, the remaining of this division surrended in May 1943 and it was not reestablished.