War Wagon and 3rd Crusader Knights - The corner of the painter

Due to coronavirus, last week our club was closed so some of my club mates used these days to paint new miniatures. One of them is Aurelian that prepared a new war wagon and some knights for 3rd Crusader in these days. He is a professional painter (#aurelianpaintingstudio) and seeing the pics below it is easy to understand his skills 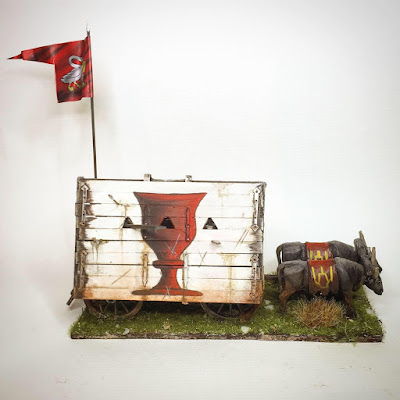 The war wagon was a one of early fighting vehicle that involved a wagon ... like a kind of primitive tank. This kind of military vehicles was developed by the rebelling forces in Bohemia during the Hussite war around 1450
It was a heavy wagon given protective sides with firing slits and heavy firepower from either a cannon or a force of hand-gunners, archers and crossbowmen, supported by infantry using spears, pikes and flails. 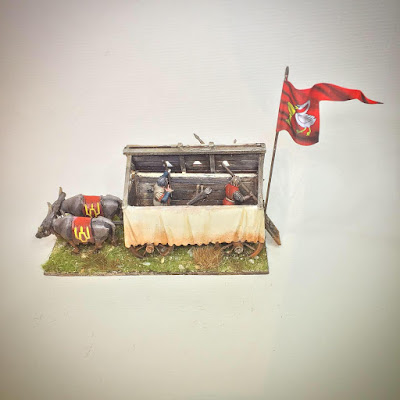 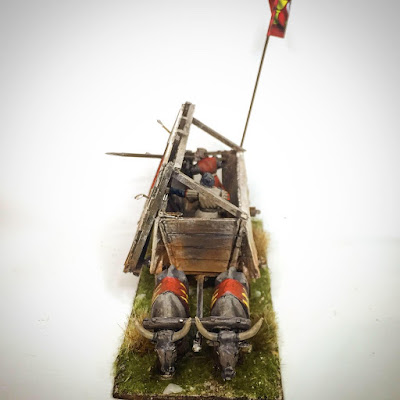 After the Hussite wars, they stayed in usage as the special tactical weapon of Bohemian mercenaries which prevailed against knights or foot soldiers. Its successful history came to an end, at least for large scale engagements, with the development of field-piece artillery.

After preparing the wagon he continued with some knights. The level of details he reached is one of the best I saw in the last times. 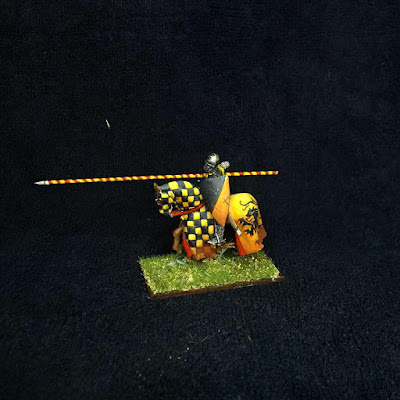 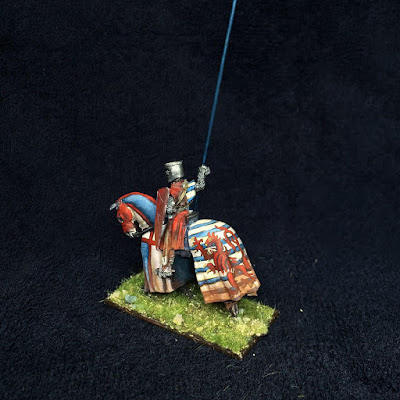 The heraldry for each knights is studied and historically accurate. If you someone would interested to try to paint these soldier below there is a very interesting link:
http://www.earlyblazon.com 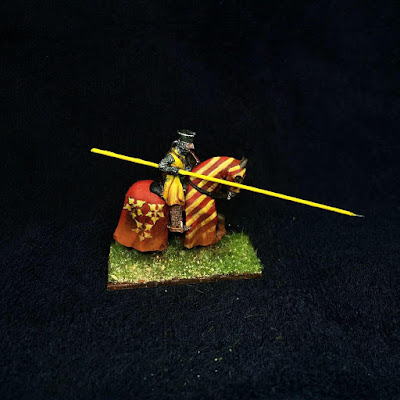 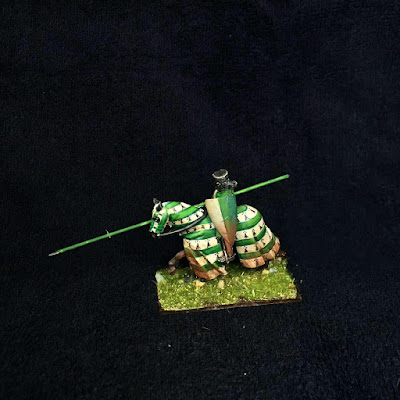