On March 1, 2015 I partecipated with other five members of my club at an Italian wargame exhibition: Milano Wargame 2015.

We presented a table about the second Independence Italian war: the battle of Vinzaglio. 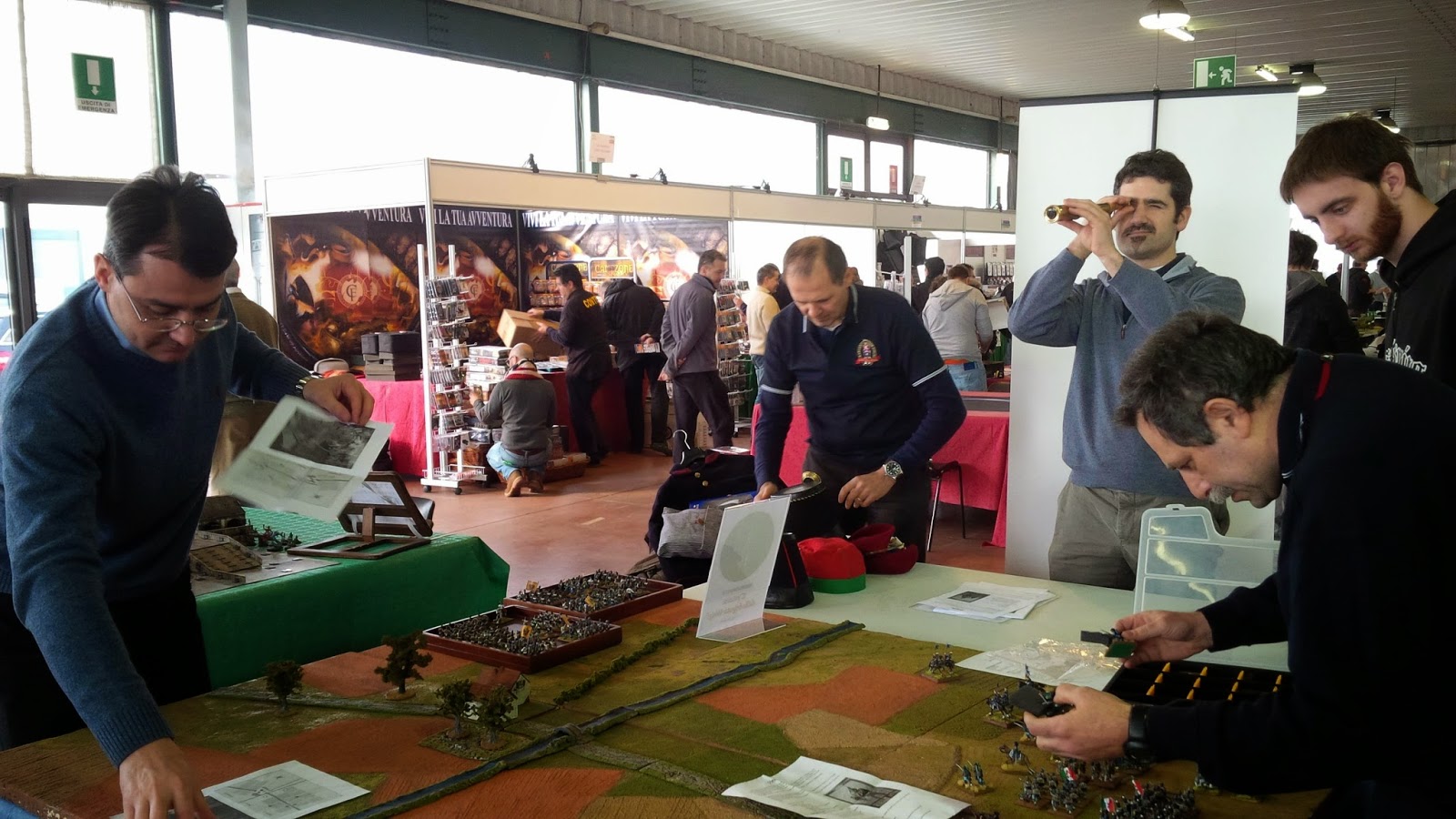 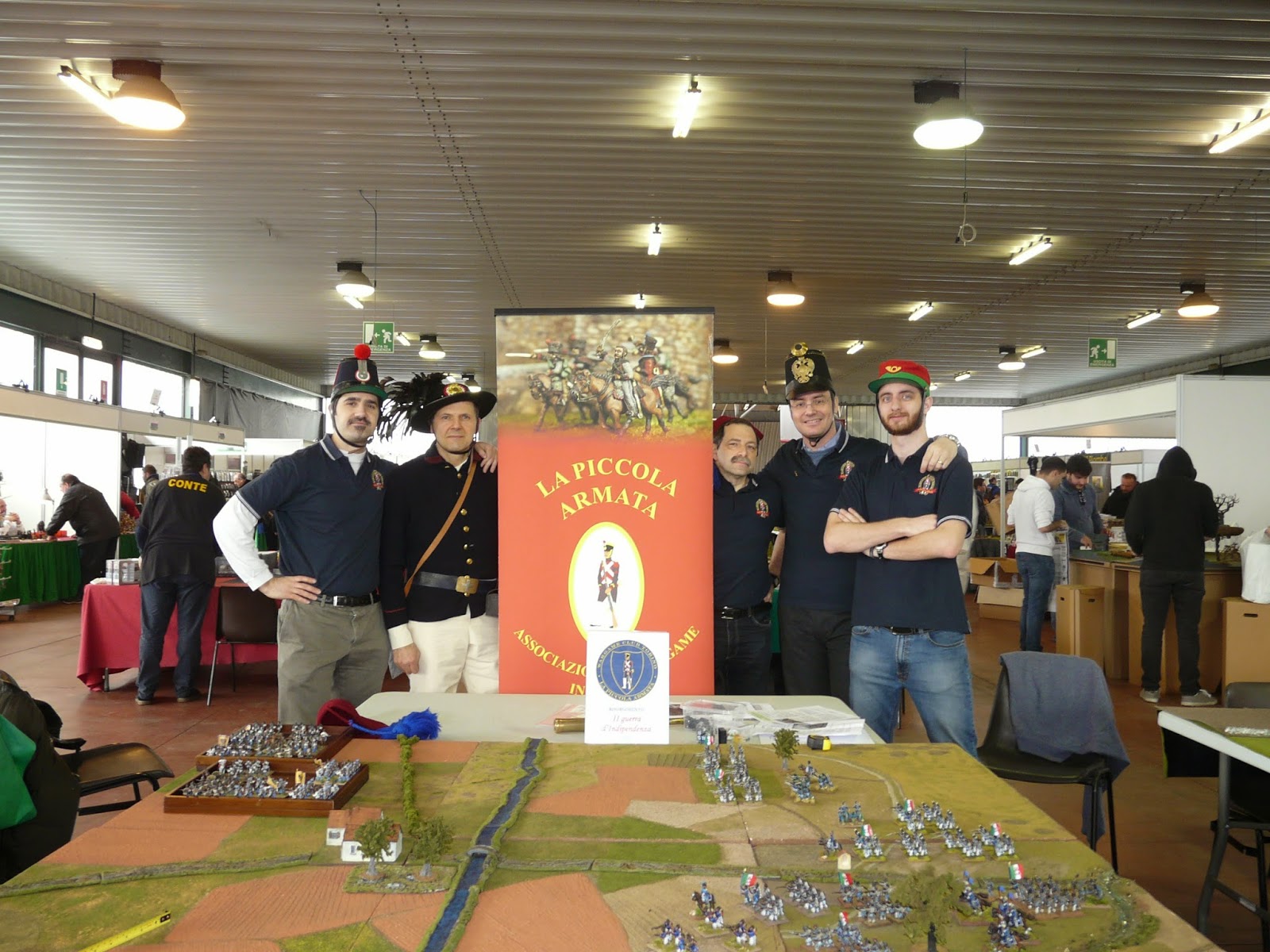 The scenario and the rules are prepared by Paolo M.
Paolo has written a short manual that permits to recreate the battles of the Italian Independence period. It is a very quick and well designed rulebook that was tested also for tournaments.

Our table, as well as the tables of other participants, attracted people 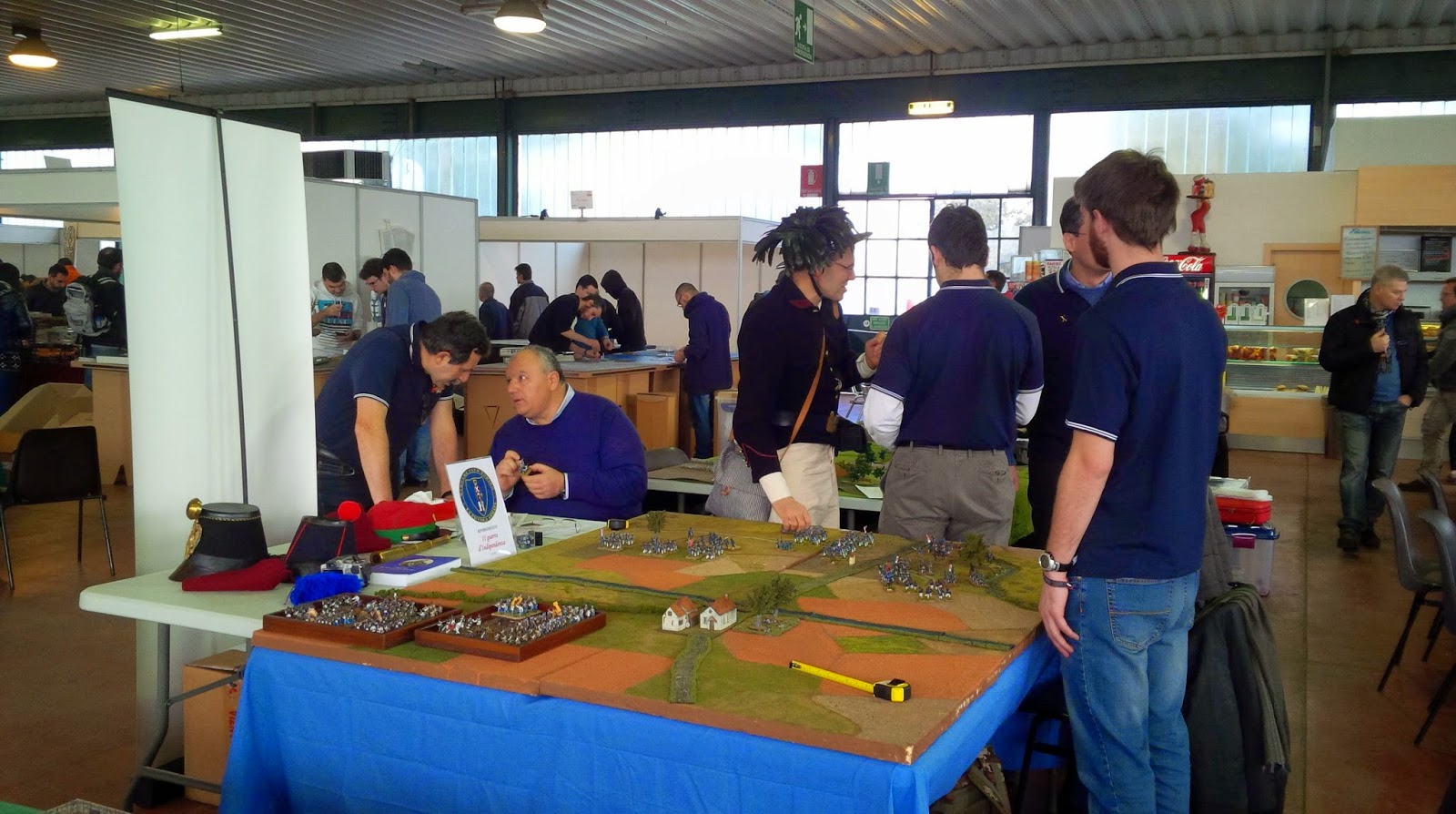 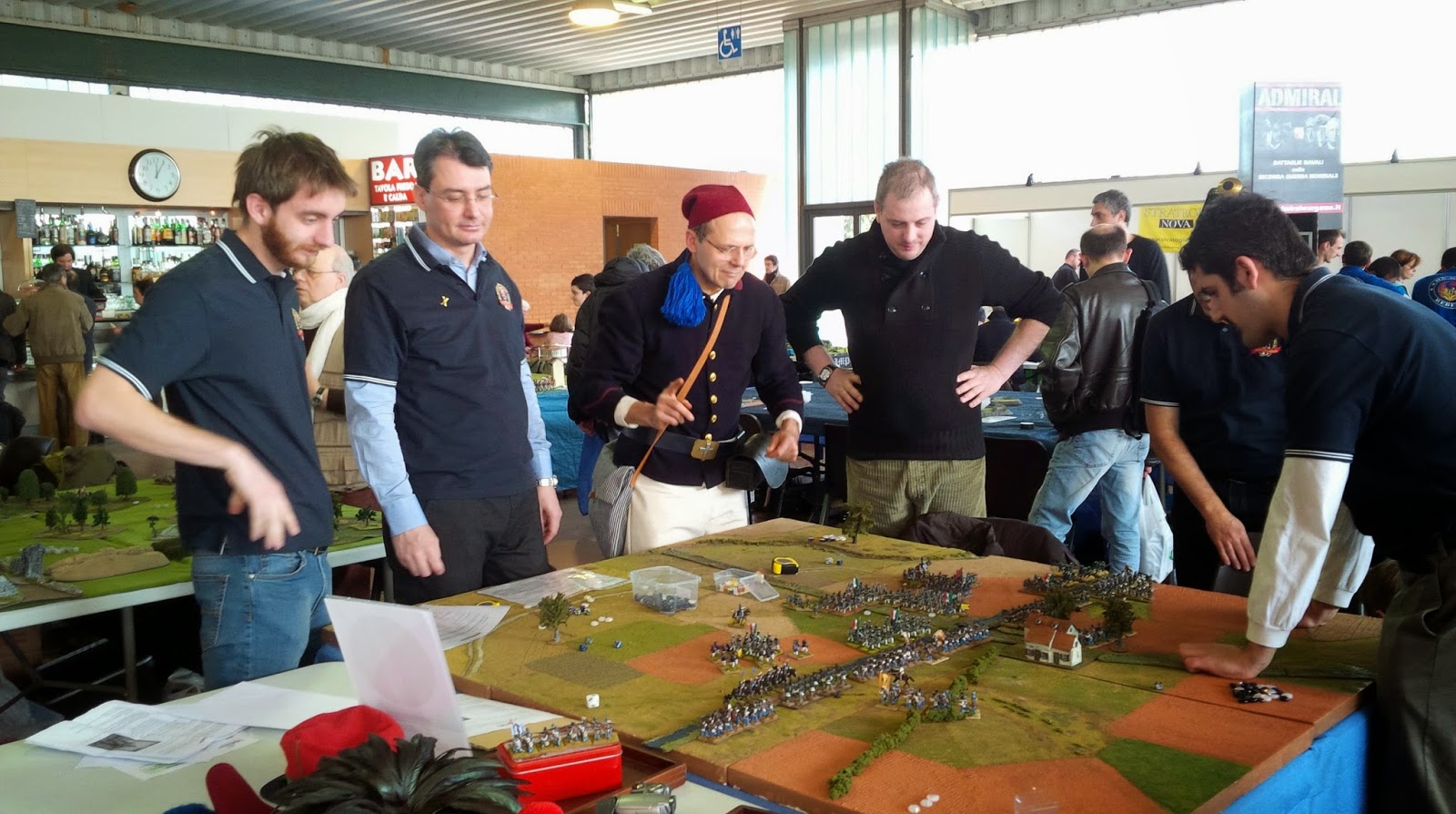 We fought two battles during the day. The first saw the victory of Austrian forces: 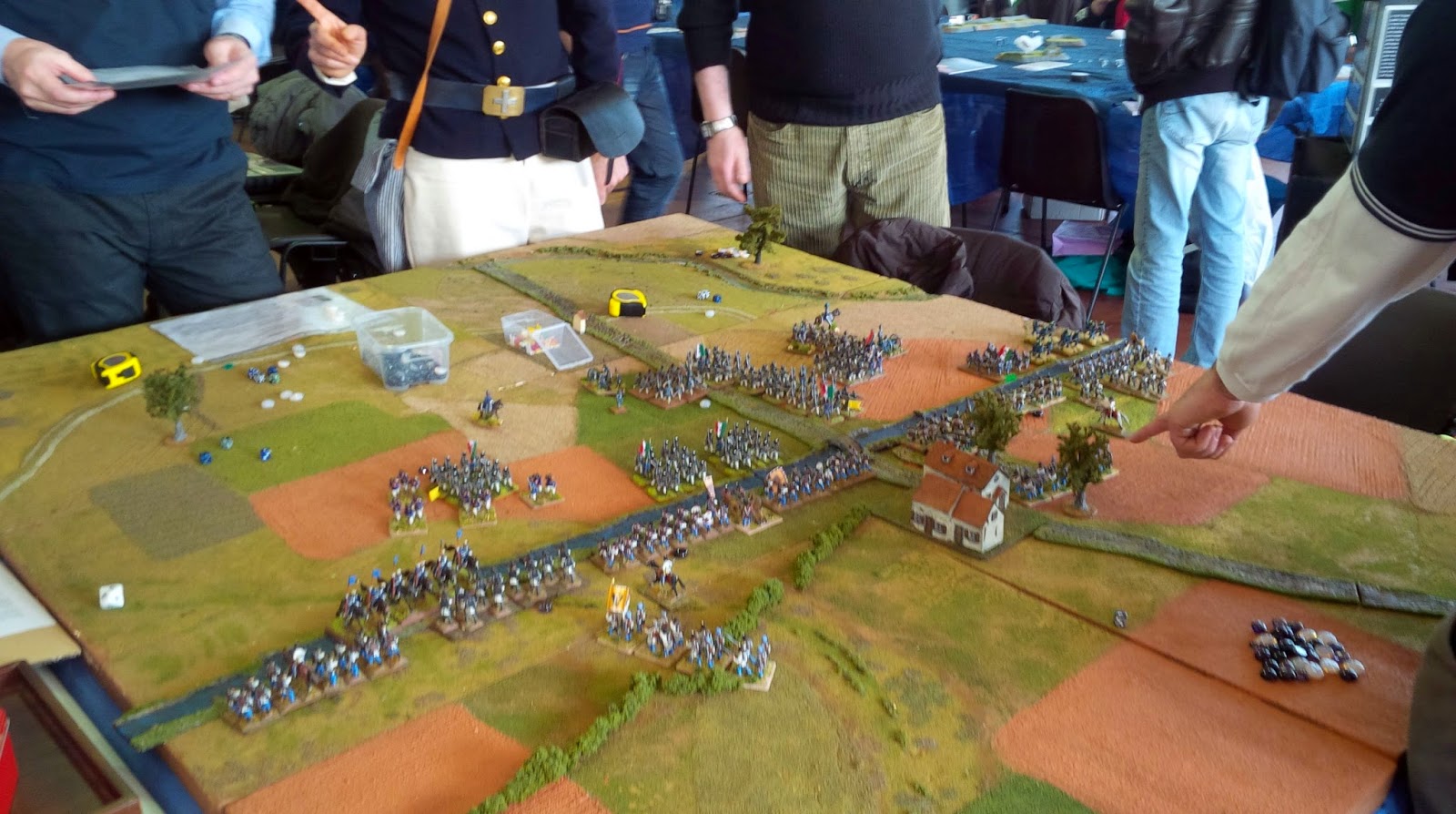 The Italian cavalry tries to break the Austrian left wing and ... 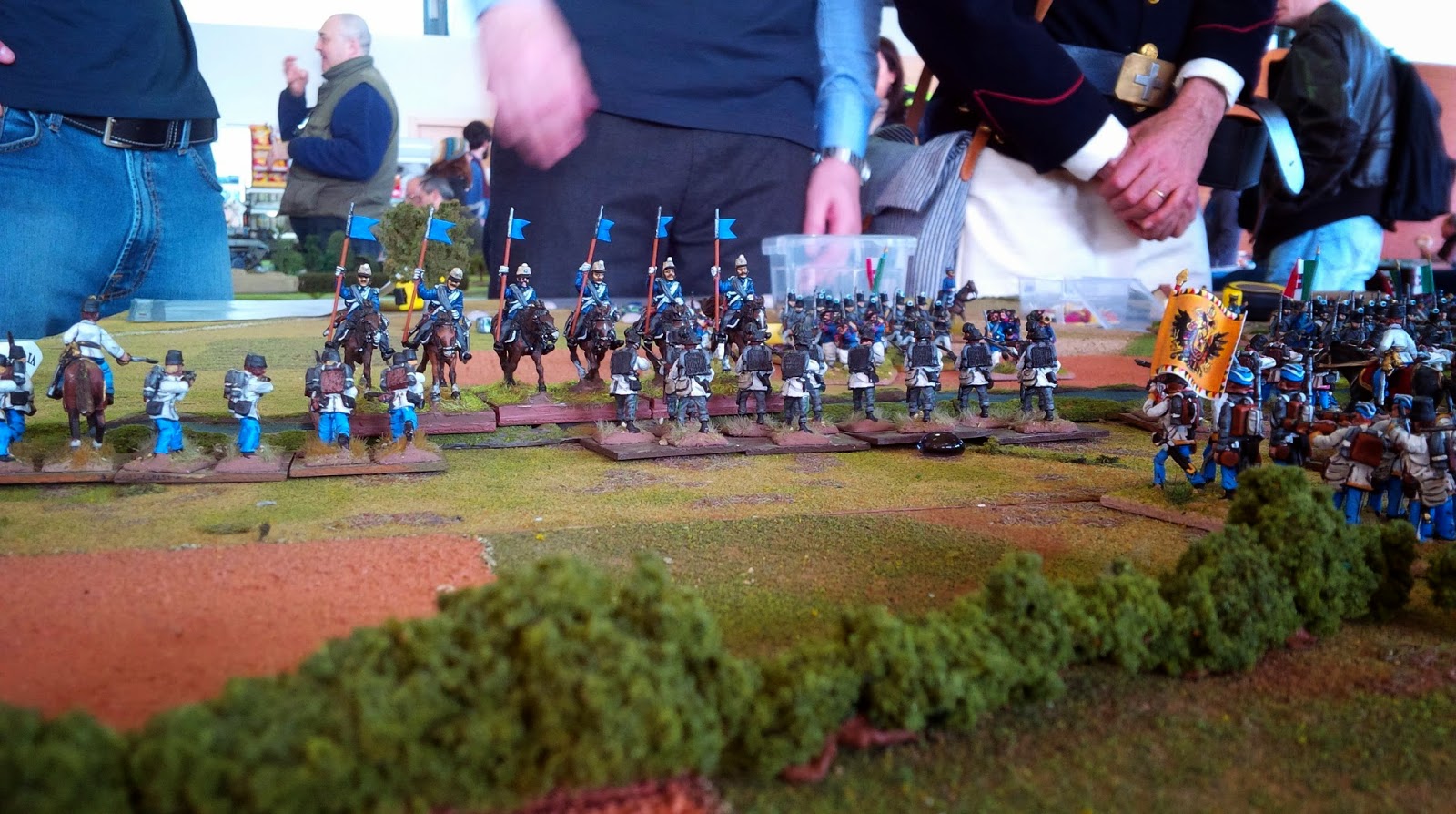 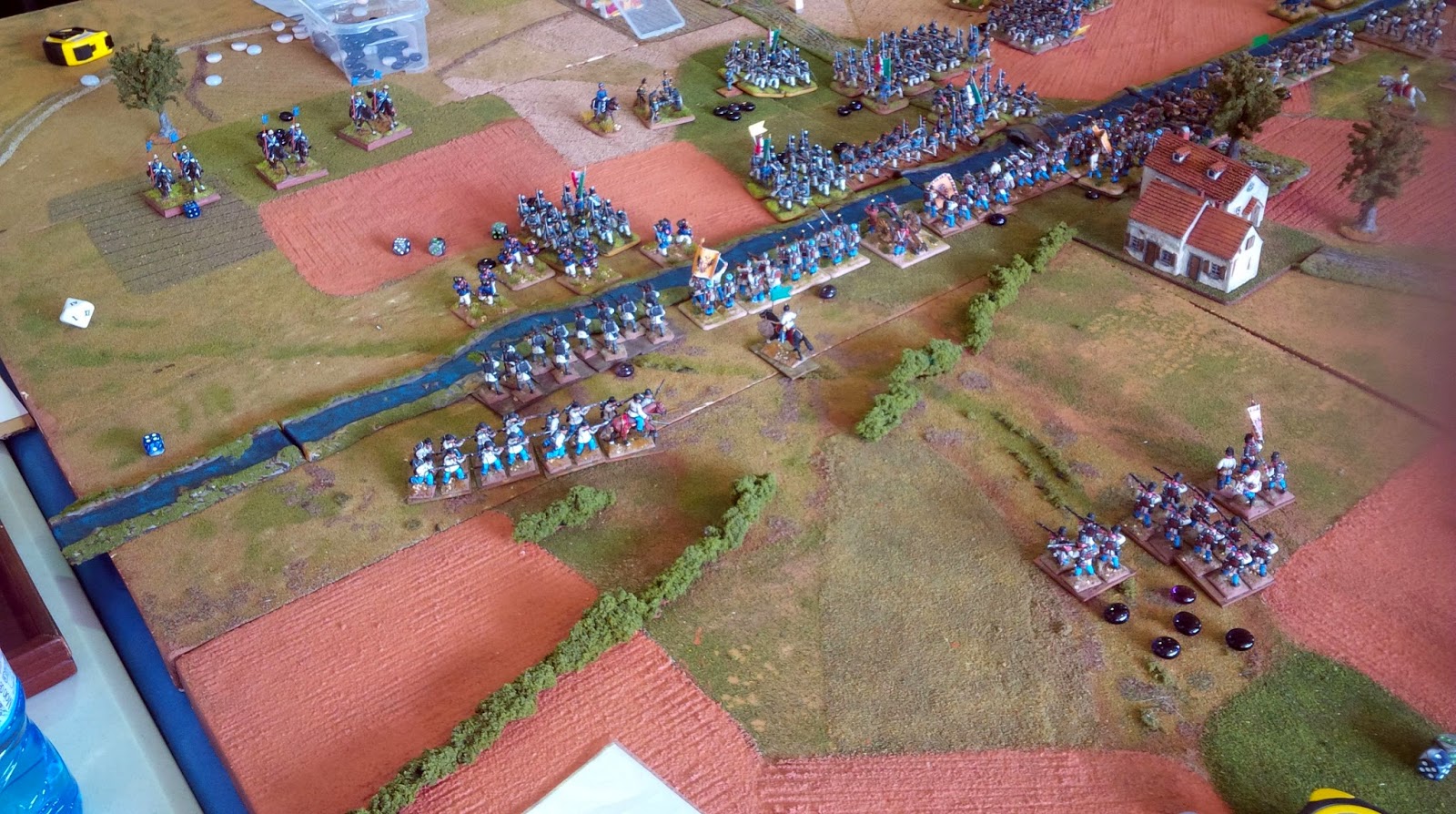 The lucky does not assist the Italian forces on the left 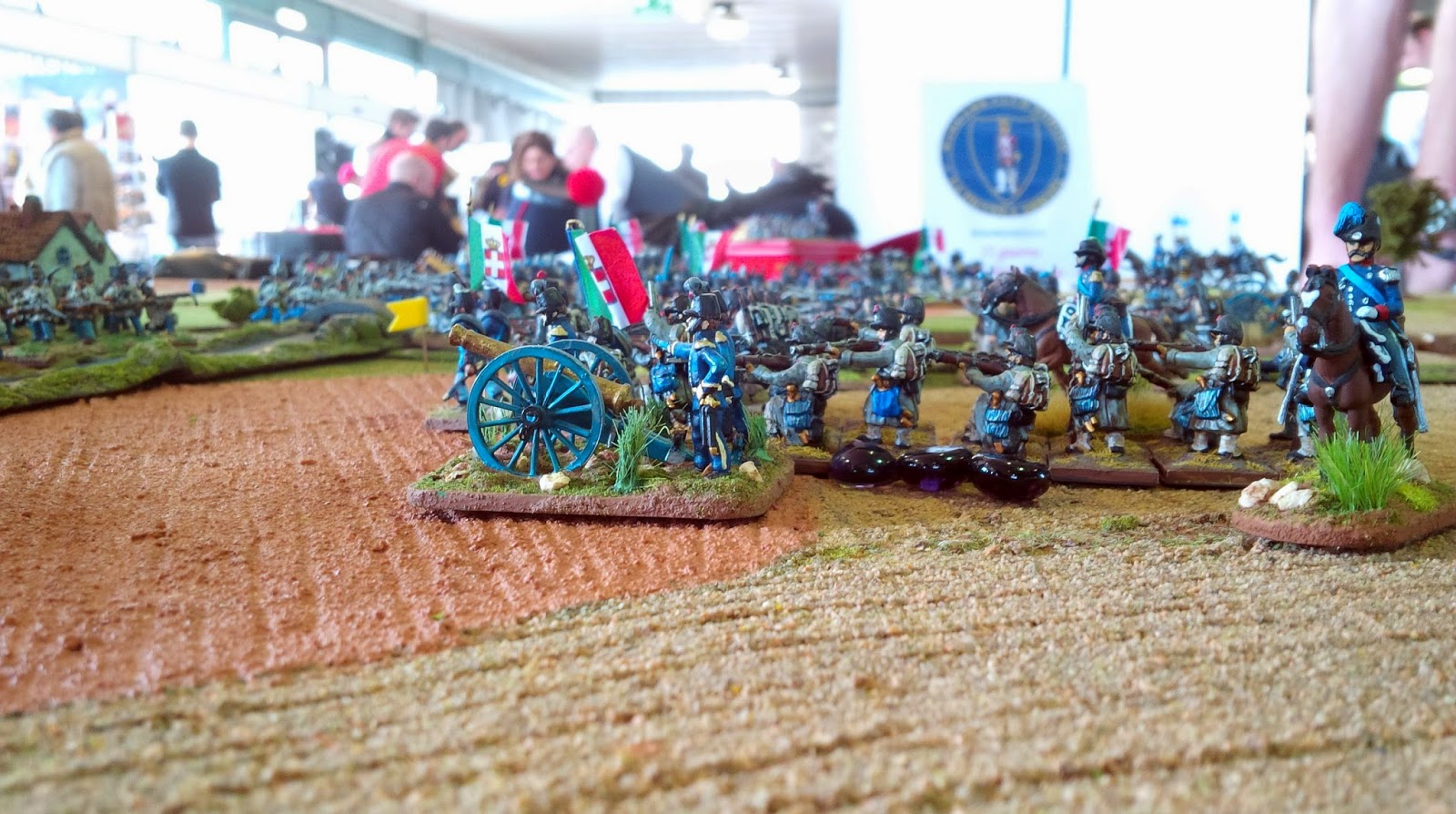 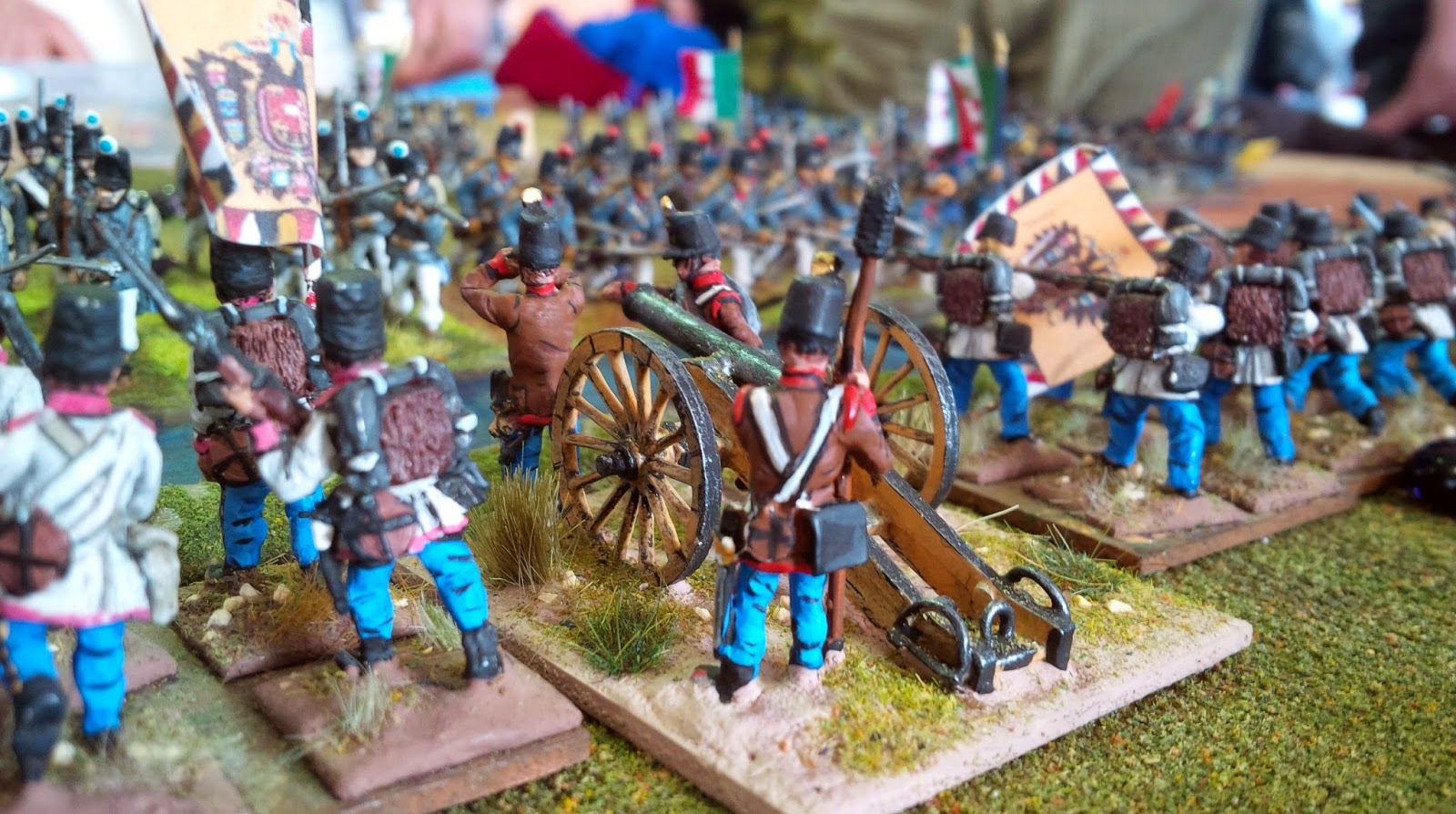 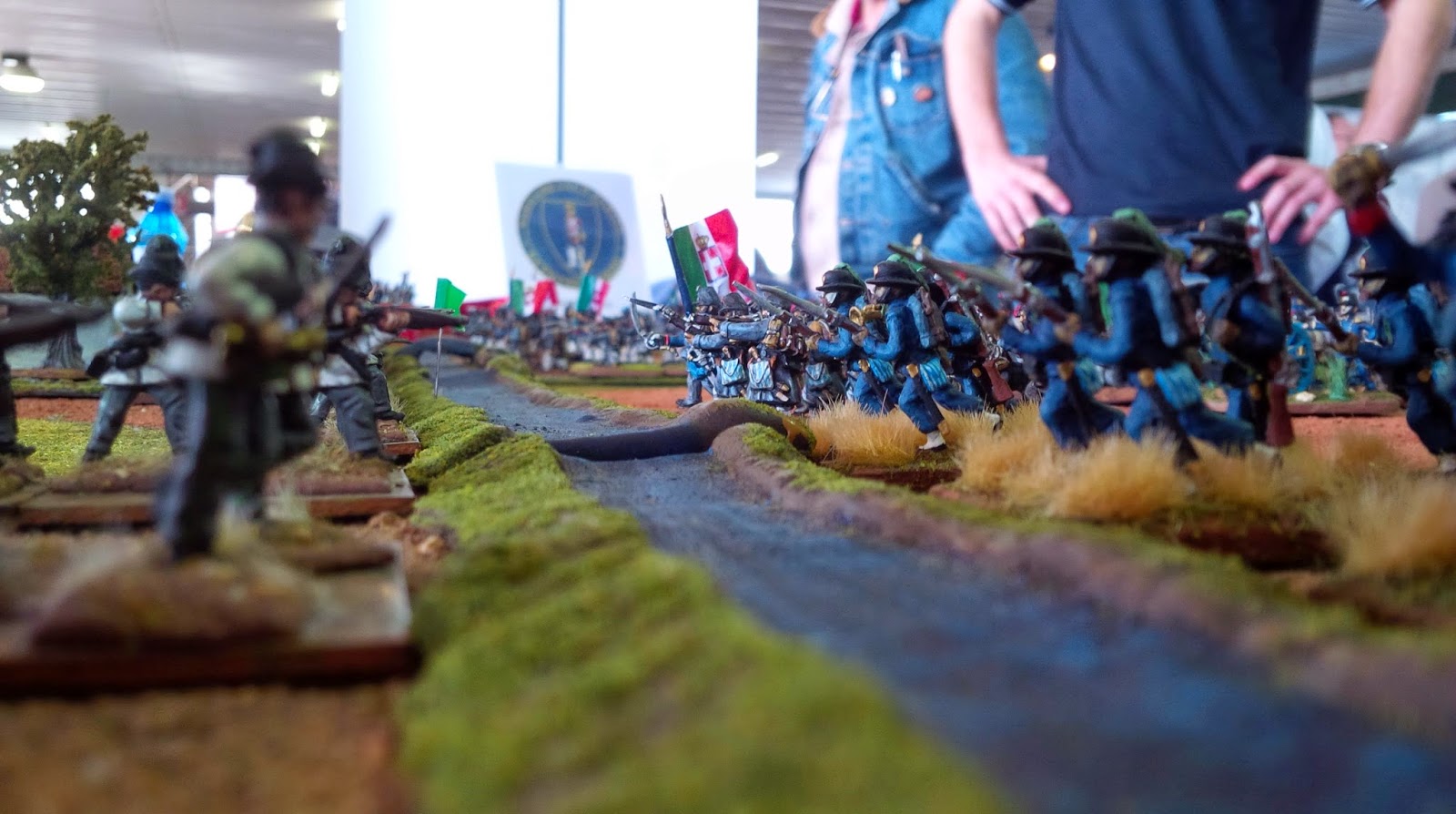 During the break between the first and the second battles I took some pictures to the other tables.

Belisarius against the Parthians 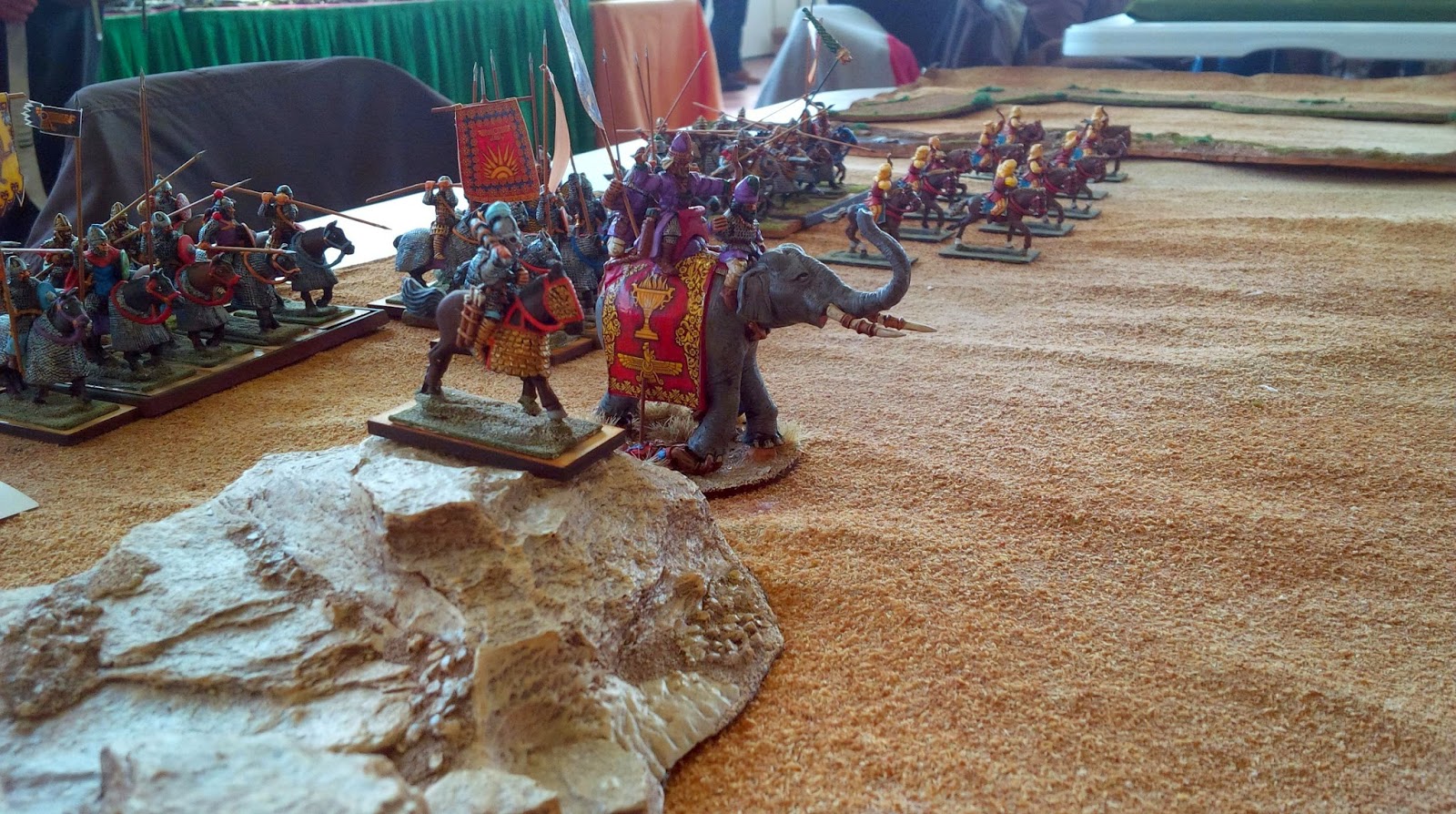 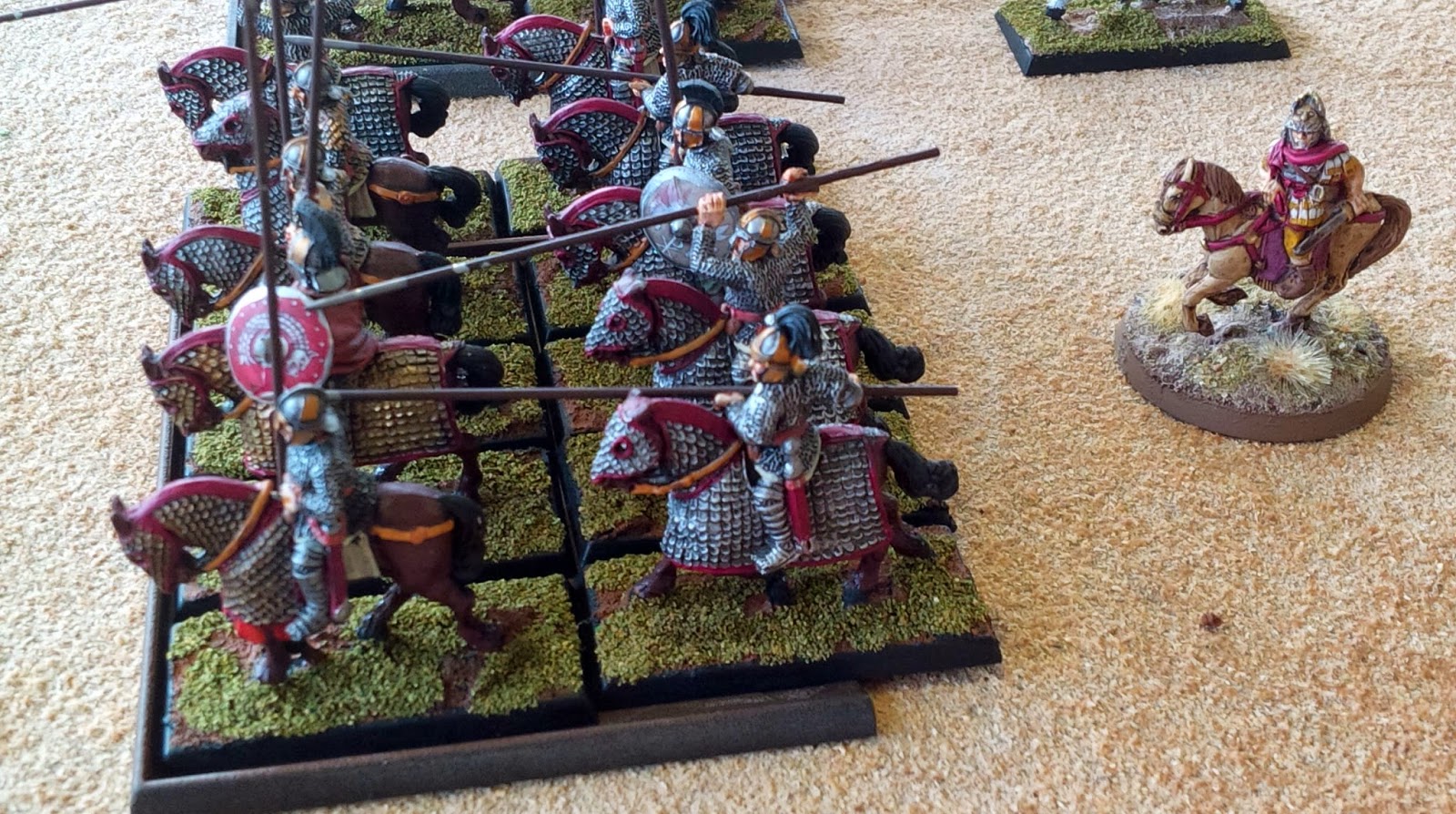 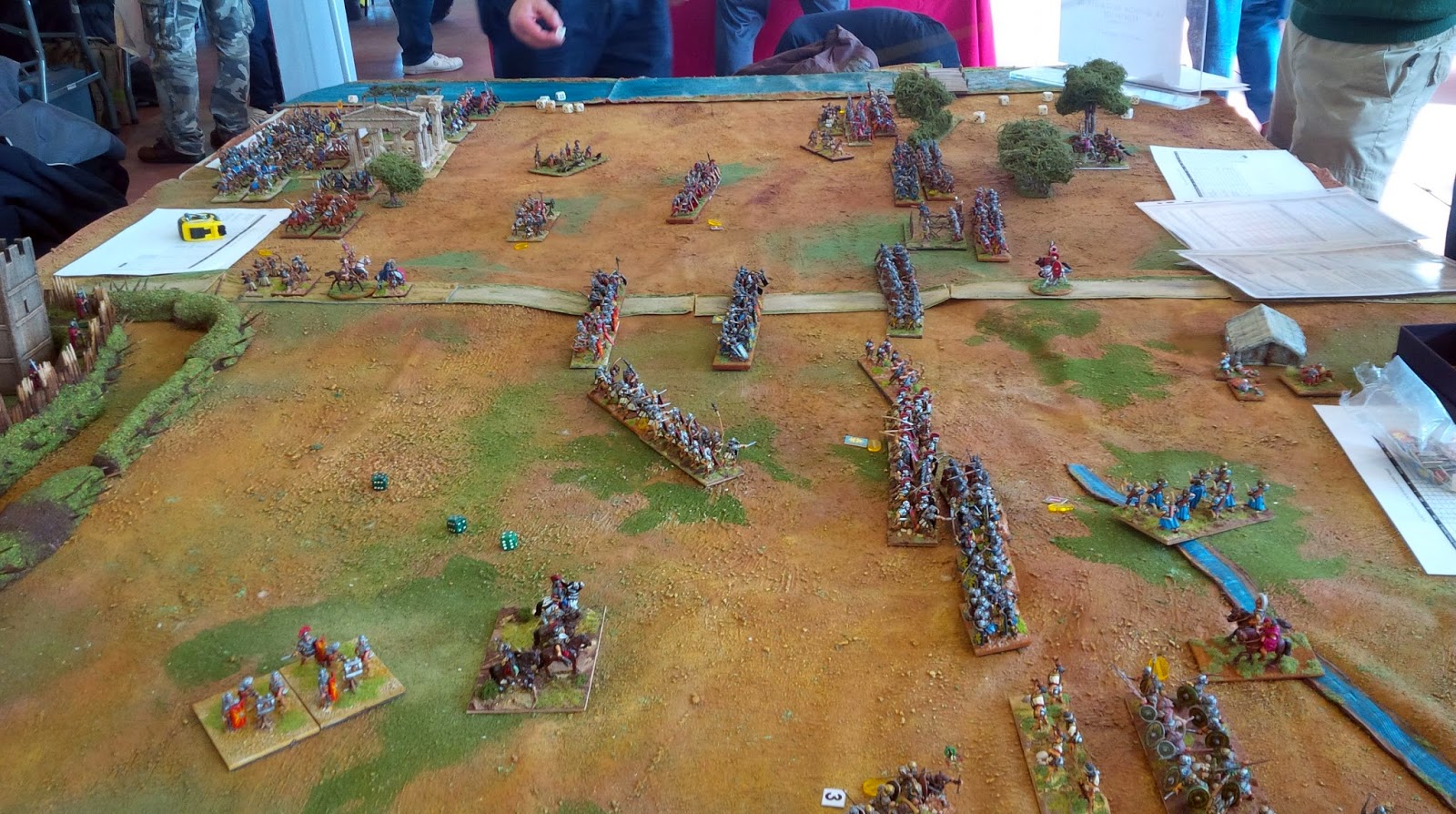 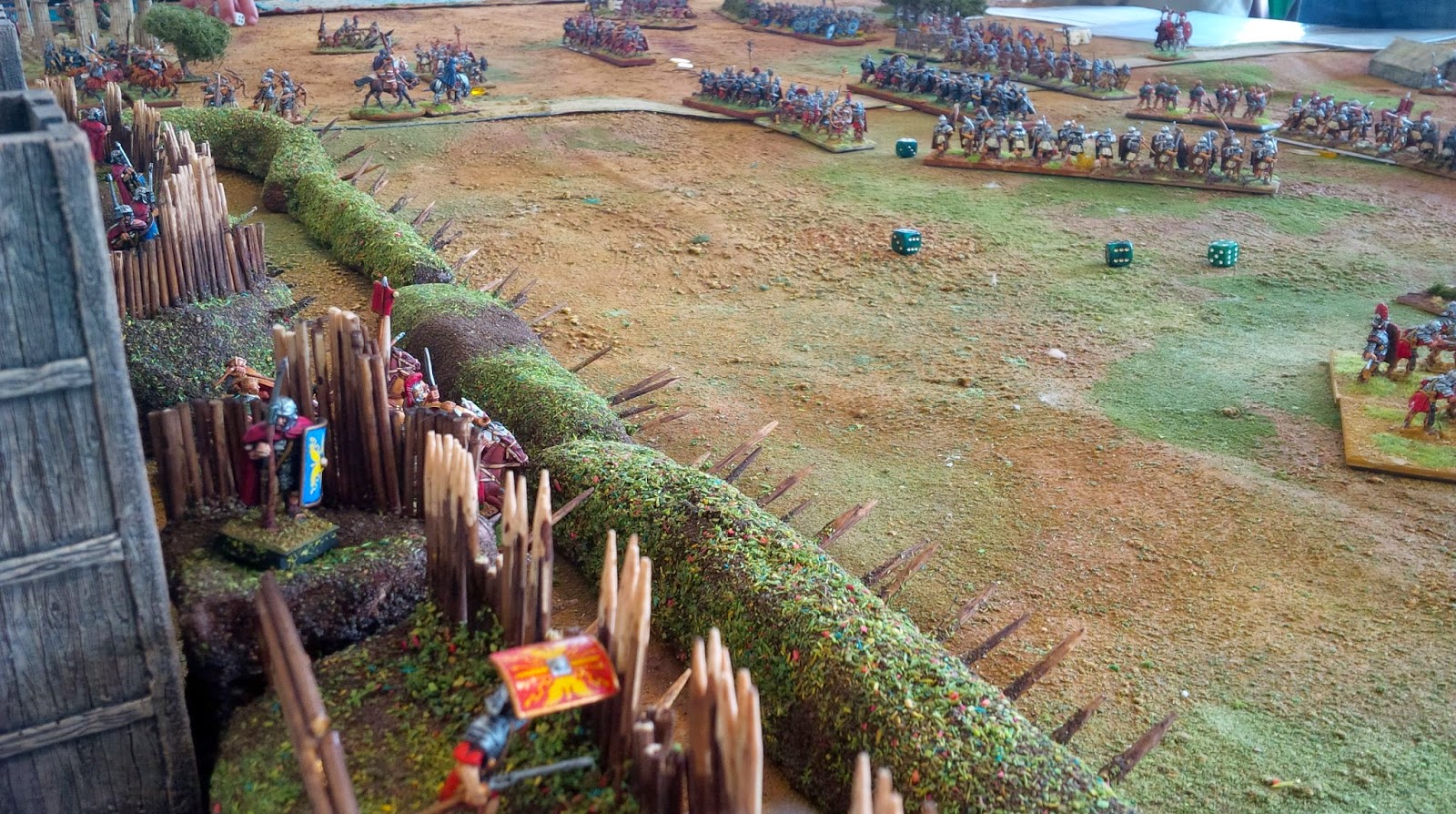 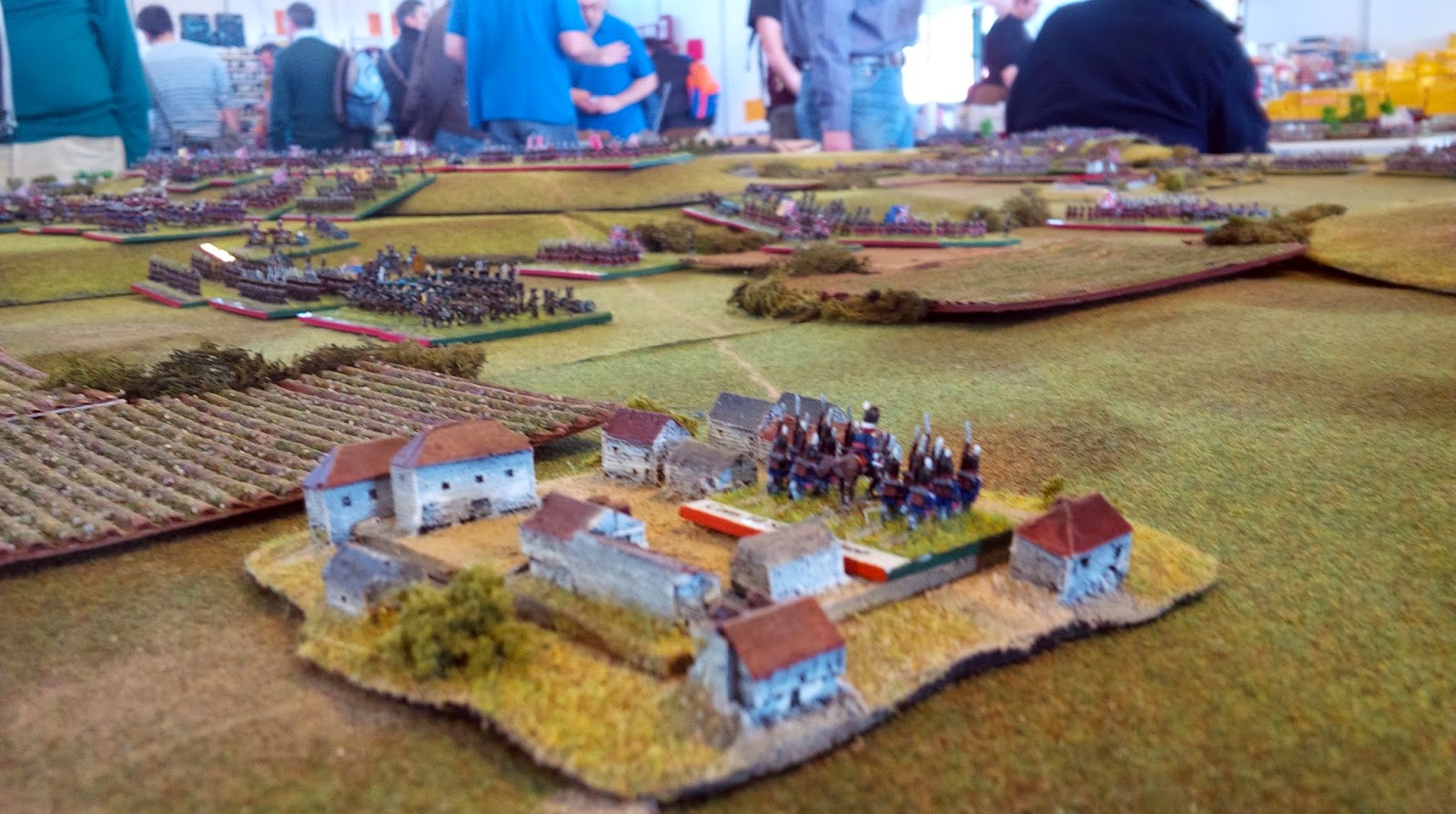 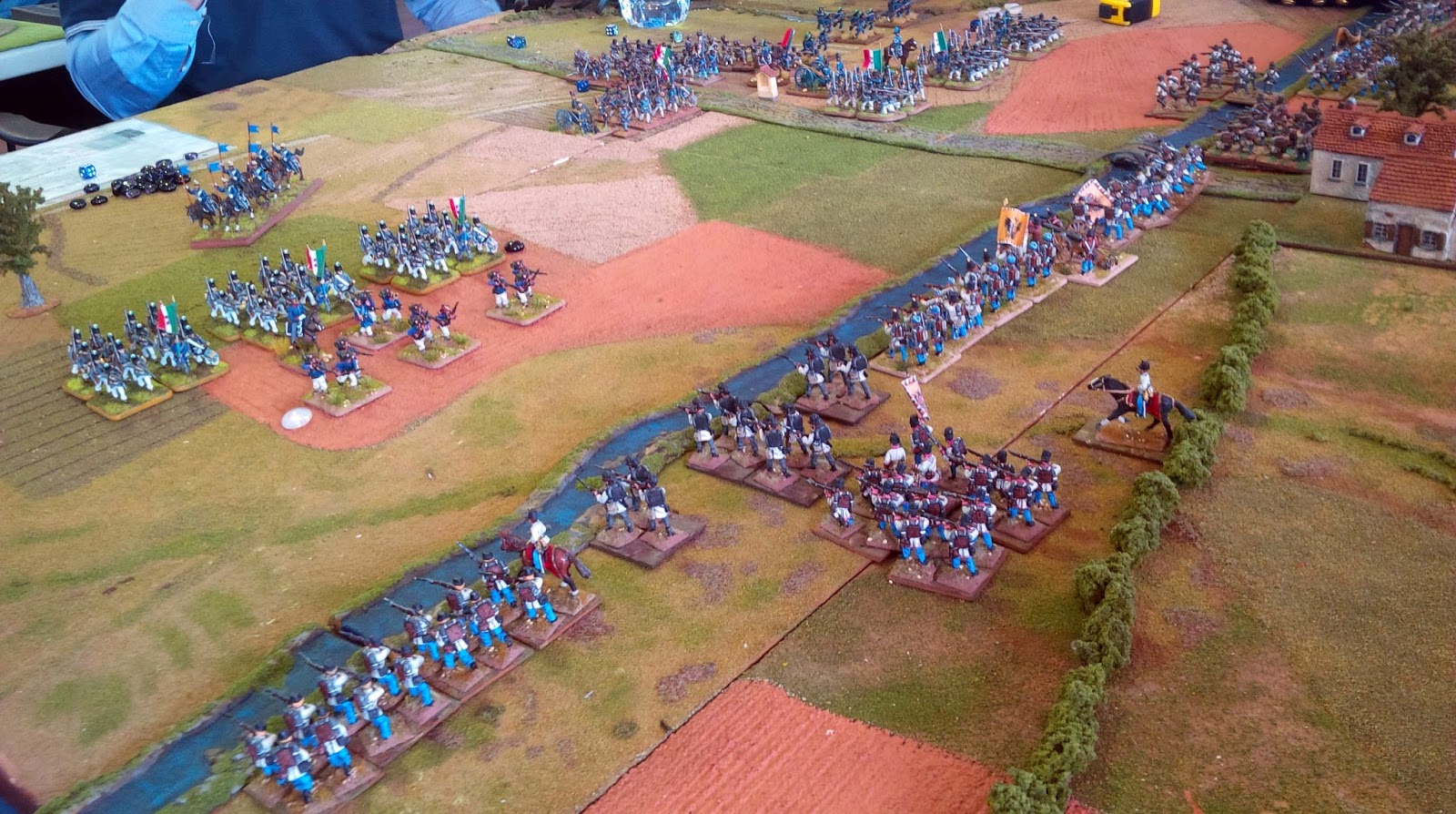 This time the Italians concentrated their forces in the center 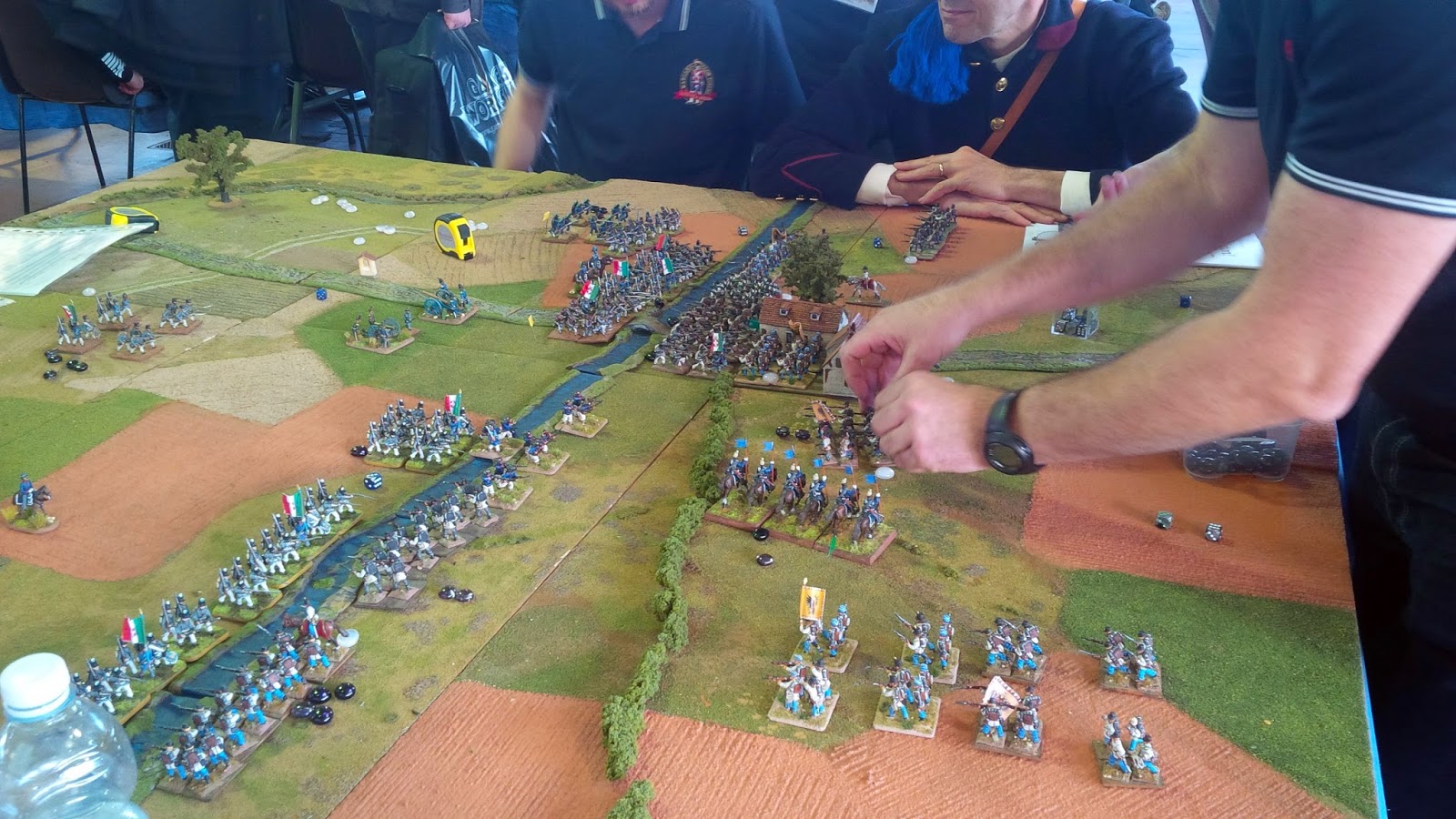 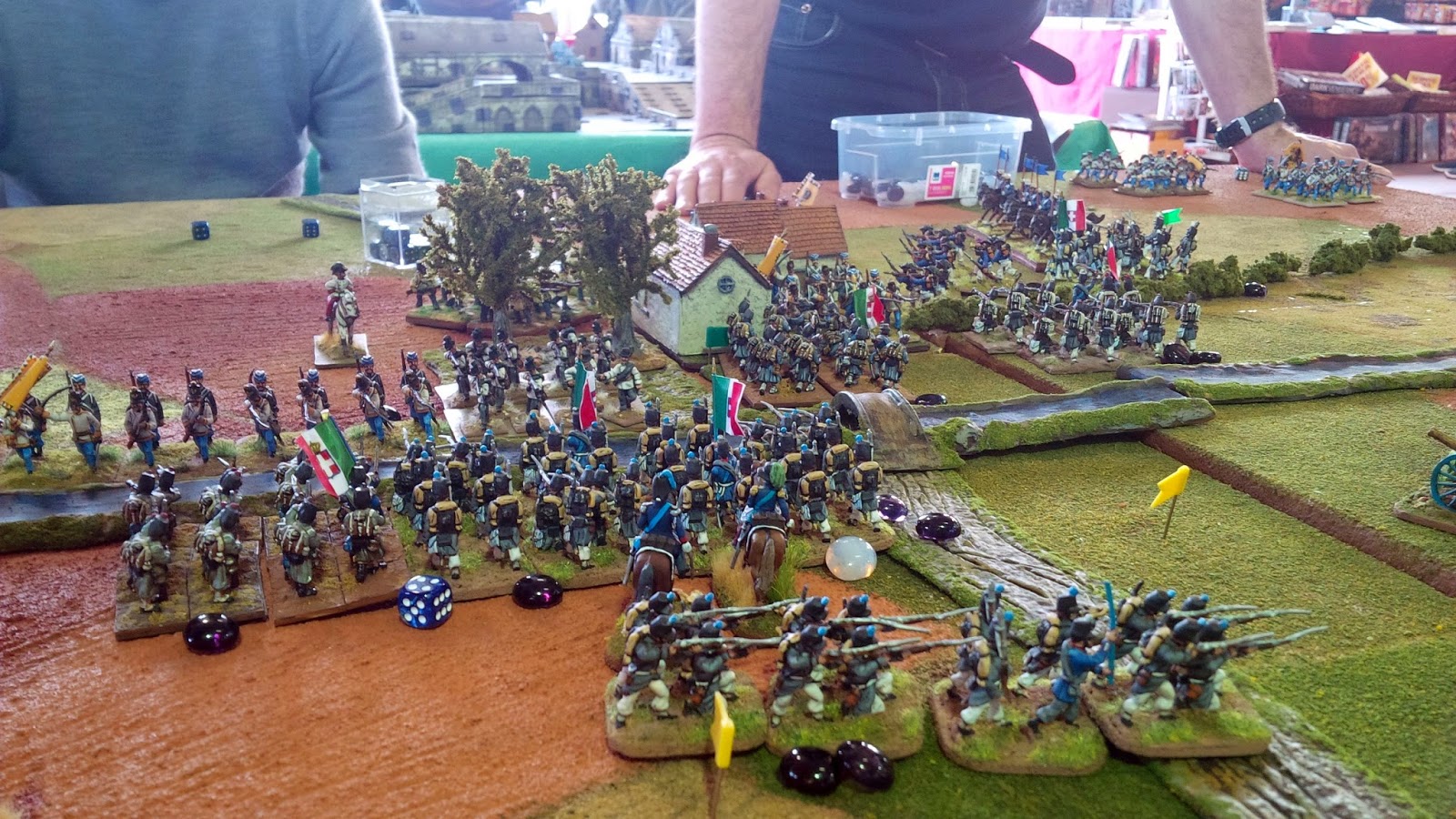 While on the left the Italian units overwhelm the Austrian infantrymen 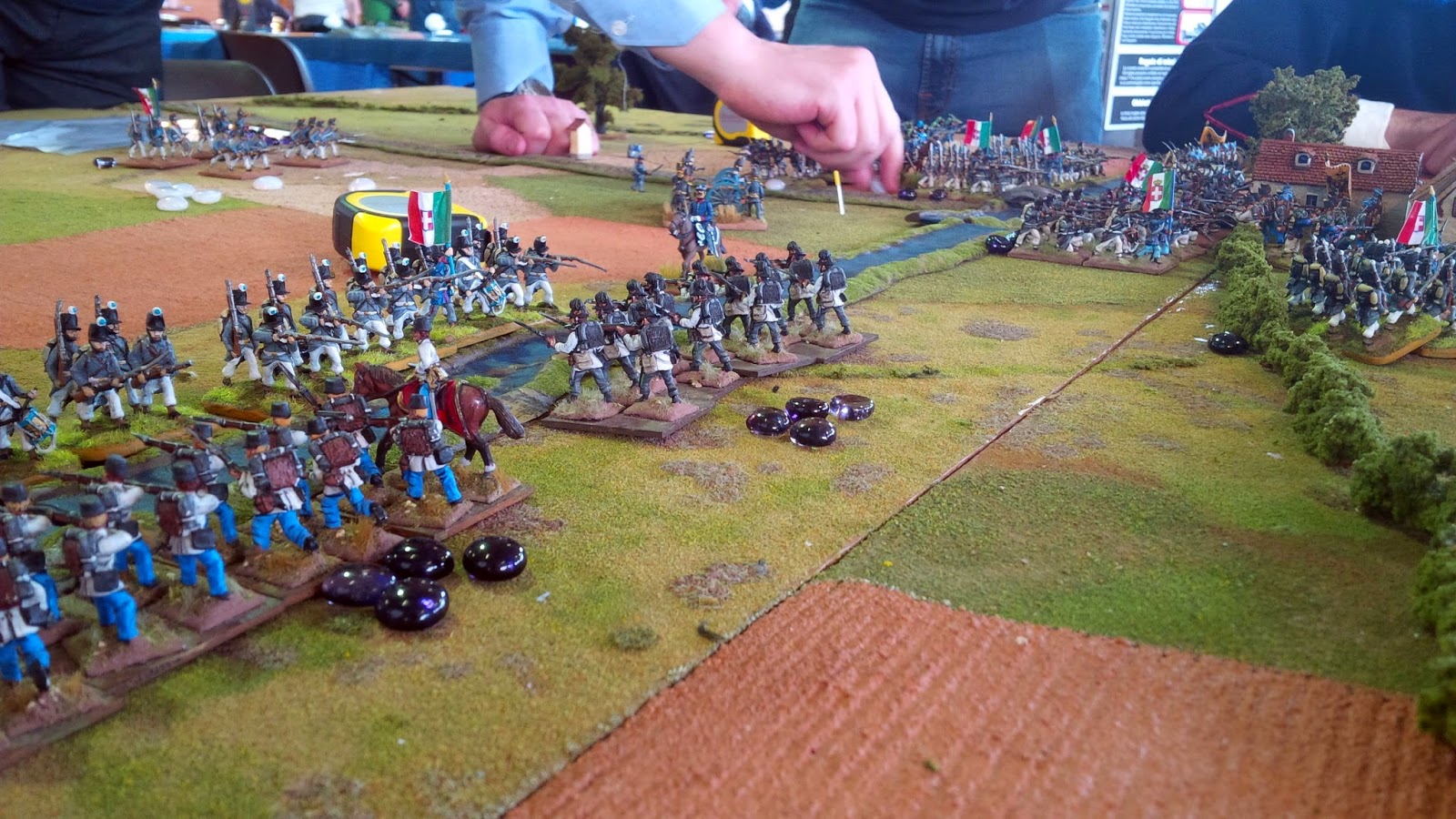 and the cavalry surrounds the village 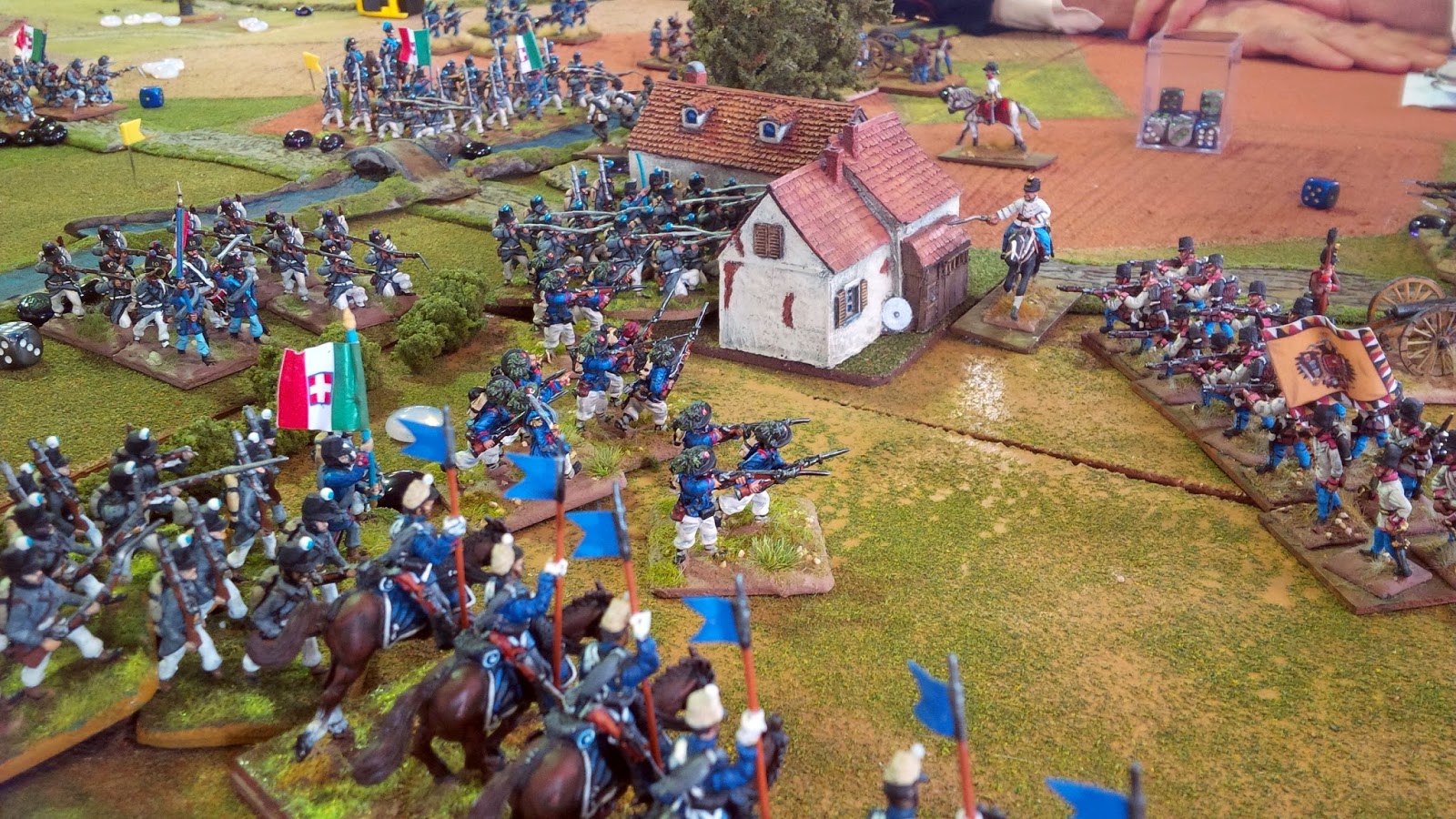 It was a very beautiful day and an experience to try again.