I'm writing this post with a tremendous delay but, only today I found the time to translate and to prepare it.

Every years some of my club mates played an ACW battle using the rules wrote by Paolo Montinaro: double lines. It is a collaborative wargame system designed to play in group at division level.

This year the Confederates were lead by Valter as CiC (Little division) supported by Francesco (Maury division) and Alberto (Reserve division).  Franco Be. was the Unionist Commander while Paolo and Franco Bo. controlled respectively the north and south columns. 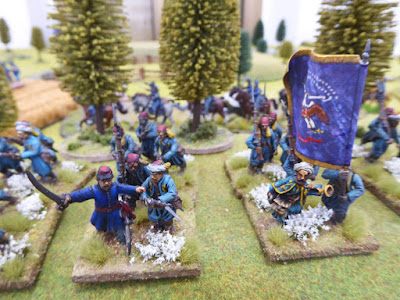 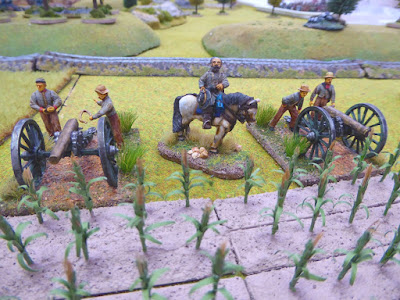 My mates decided to play part of Iuka battle. The real battle was fought in September 1862 (North Missisipi).

To support Bragg's Kentuky invasion, the Confederate troops have to defende the important railway junction of Iuka. The Unionist reaction does not wait ... the yankee move from Corinth in two columns to take the rebels between two fires. 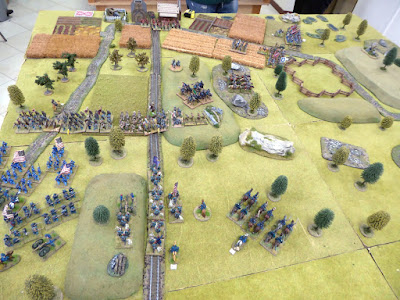 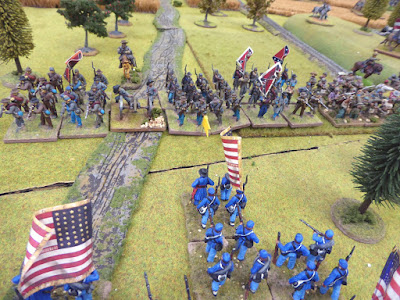 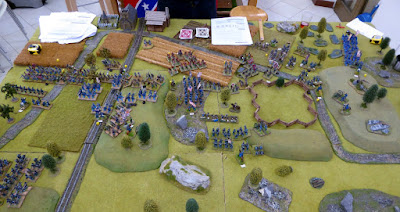 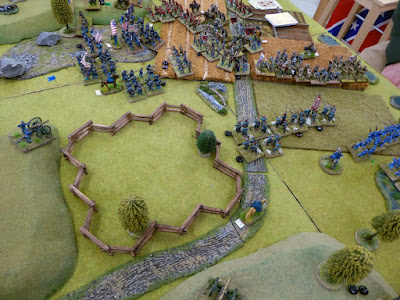 At the end, on the left, a Confederate brigades is destroyed opening an hole into their lines allowing the blue jackets to arrive till Iuka suburbs 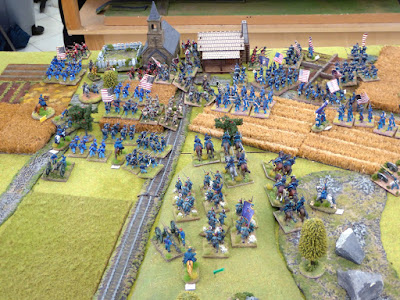 A couple of weeks ago, using Lion Rampart rules Ezio prepared a sample game for other members of my associatoin (La Piccola Armata - Turin)

The scenario prepared by Ezio was easy with two forces … the Crusaders on a side and ... 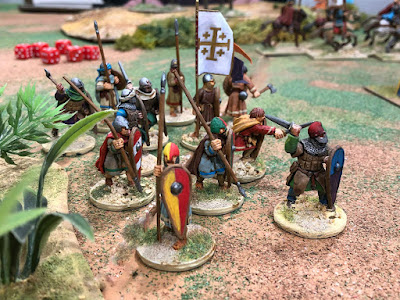 … an Islamic army on the other-one 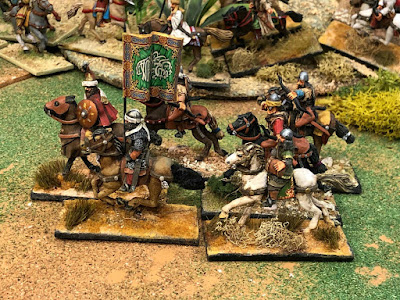 All miniatures are painted by Ezio and are 28 mm.
The scenario objective was to burn the Christian camp in the center of the table and … 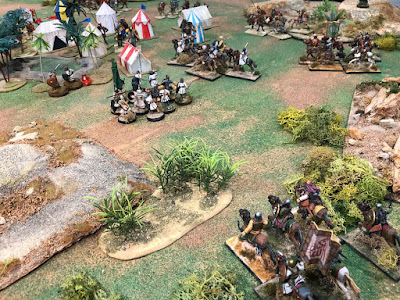 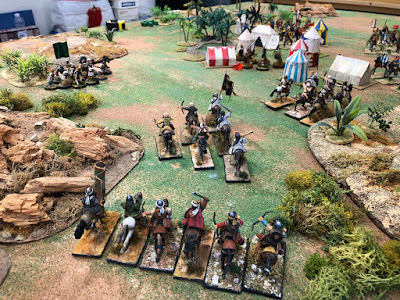 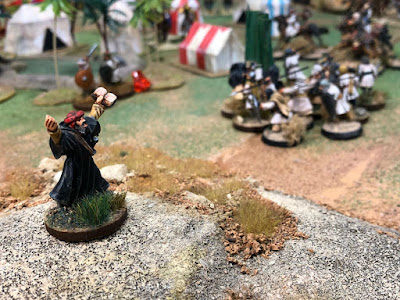 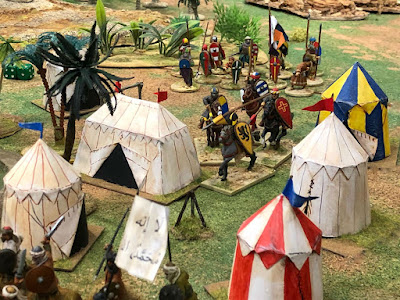