In January, I finished to paint other German miniatures of the Ww2. It was the first time I painted winter uniforms and, generally, I don’t like to use light colors (the white in particular) because I think that it is hard to give the correct shade.

As usual I sought original photos to use to reproduce the correct effect, so below I posted some of these photos inserting them between my miniatures.

All miniatures arrive from various Italeri boxes but there are aso some Zvezda miniatures. The scale is 20mm for all.

Below, in the first and third photo, there are some Waffen SS troops (may be 3 SS Panzer Division Totenkopf) during the Operation Konrad near Hungarian borders (Jan 20, 1945). The other two pictures show my miniatures in action between wrecked houses and near a church 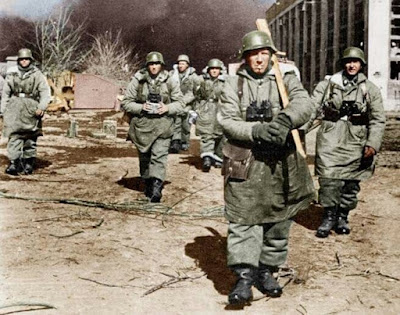 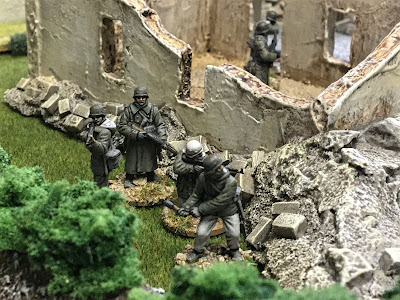 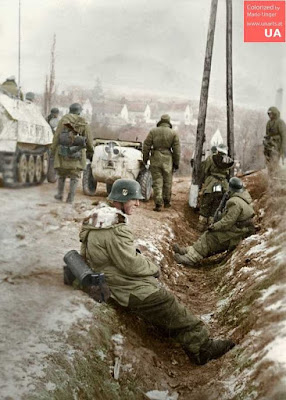 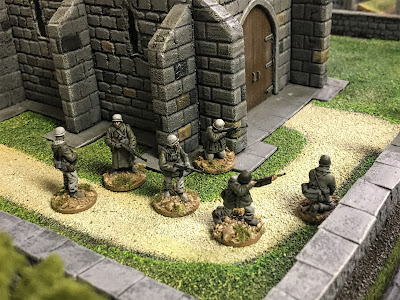 I painted also some soldiers in white uniform used during the cold periods (Ardenne, Russia) and, for the uniforms shading, I used as example the photo of this exhausted German volksgrenadier at Stalingrad (Dec 1942) 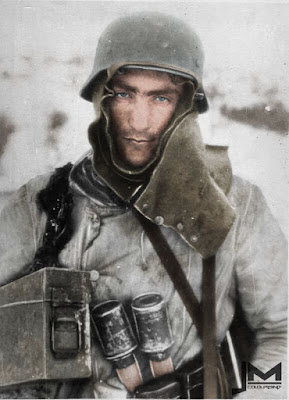 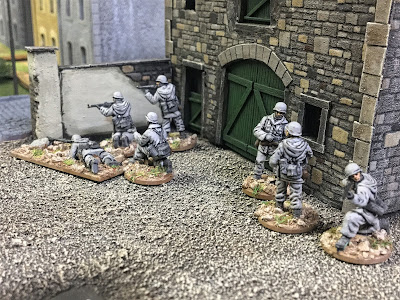 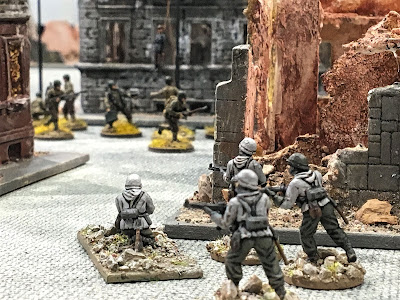 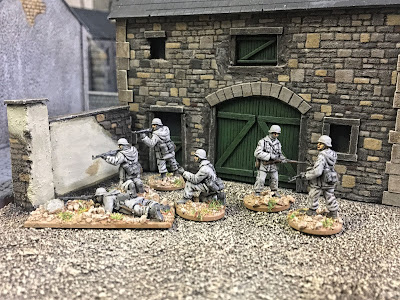 Using Zvezda miniatures I prepared an MMG and the command group 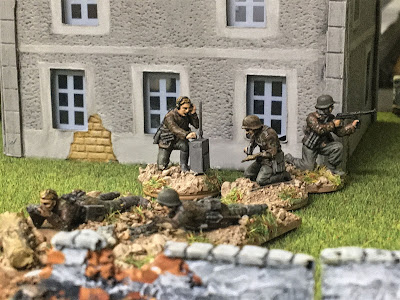 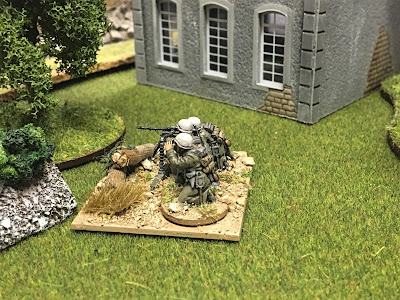 A part of my miniatures (as well as the command group) wore camouflage uniforms. The camouflage pattern is the "Oak leaf" (1943) as the as the one used by these men of 3 SS Panzer division Totenkopf during operation Barbarossa in July 1941. I want point out that tanks in the photos are not painted by me but by one of my club mates (Alberto F.). 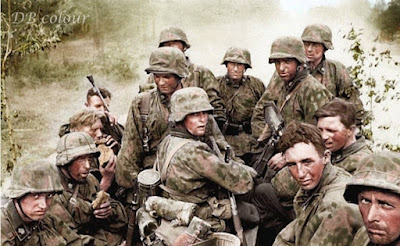 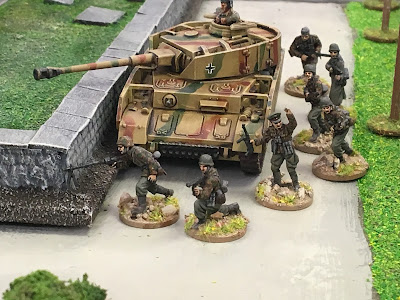 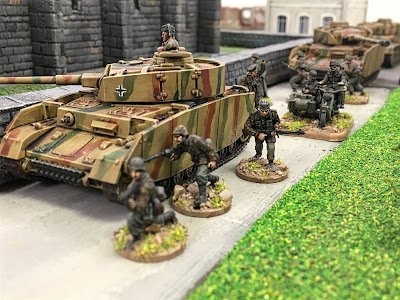 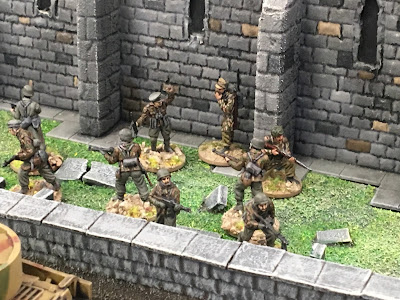