This is a particularly hard period for me so it is difficult to find time to paint miniatures.

Furthermore our club is waiting for a new headquarter so to play it become harder than  in the past.

In the last month, thanks to the rooms kindly offered by one of our member (Franco), we played to an house-rules system. The rulebook (called “In Cacciatori”) is perfect to recreate Italian Independence wars … but this is another story and I’ll write (as soon as possible) some battle reports in further posts …

Considering that the game system works in a perfect way the authors decided to adapt it for American Civil War games.

So I started to paint a couple of miniatures for test.

It is a long term project ... also because I have to finish a Trajan army before ... but the idea is to create at least 6 confederates infantry battalions, 3 batteries and 2 mounted companies. 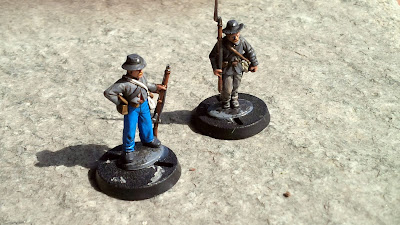 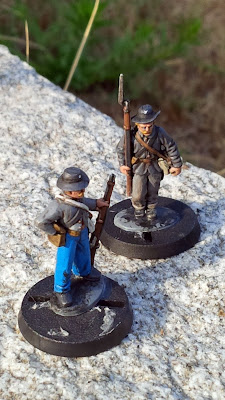 ... and a sharpshooter of 30th Virginia 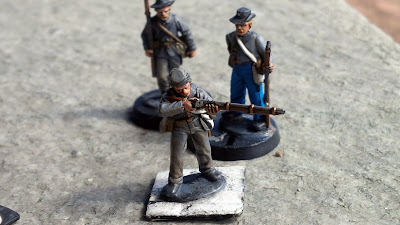 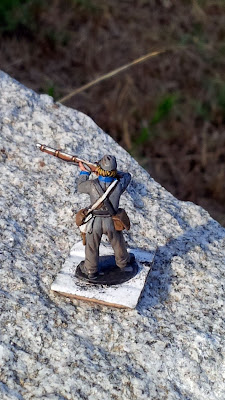