How old is Bilbo? I don't know but every year … my mate Gianfranco … organized in my club a day in which we play with fantasy miniatures instead of the historical ones. It is an occasion to play and to stay all together… ... after two years of Covid lock down. 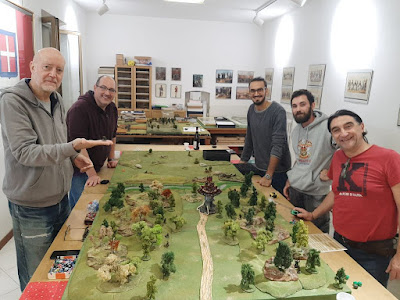 This time my friends have decided to play a scenario set into the Gondor forests. With the rangers of Ithilien and the Sudrons of the Harad. The scenario was created for four players … two for the Evil and other two for the Good. 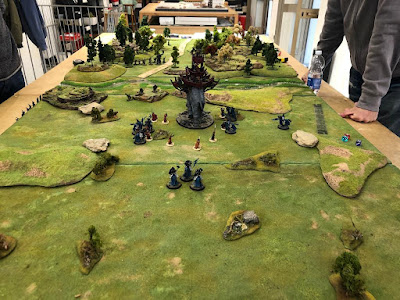 The Good can use four heroes: Faramir, captain of Gondor, Madril Captain of Ithilien, Damrod ranger of Ithilien and the Prince of Dol Maroth ... Imrahil.
The Evil can deploy a Mumak, an orc captain, a troll and a large number of orcs. 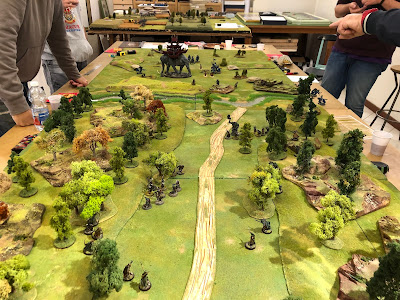 The Evil wins if it crosses the table (from north to south) with at least 33% of its forces or kills 3 of the 4 heroes. The Good wins if our heroes thwart the plan of the Evil. The battle begins with the rangers that assault the column of orcs in the woods while Imrail, supported by his knights, attacks the Mumak in the clearing to the north. 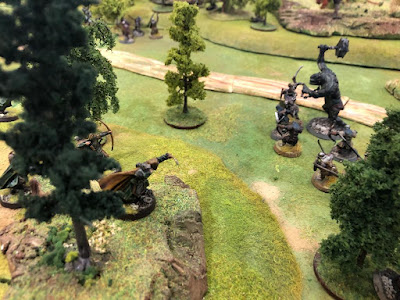 Unfortunately the Mumak crashes the Prince. The orcs suffer heavy losses but someone  gets out of the table. The Mumak, after the victory, go to south. Faramir's attempts to stop him are in vain. Madril falls in battle struck by the Haradrim's arrows. 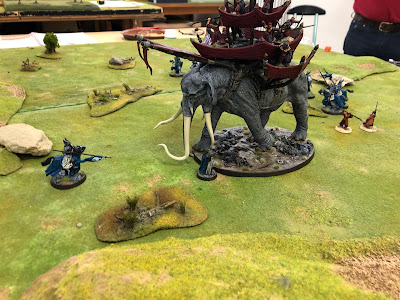 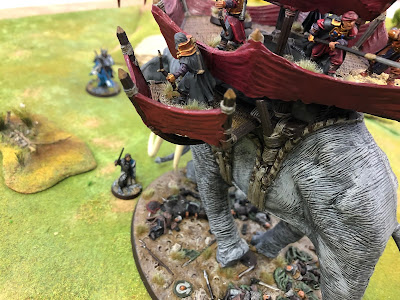 For two turns the rangers hit the Mumak with their arrows but the animal is too strong and ... at the end the Evil is the winner. 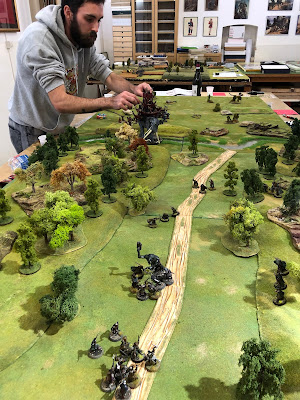 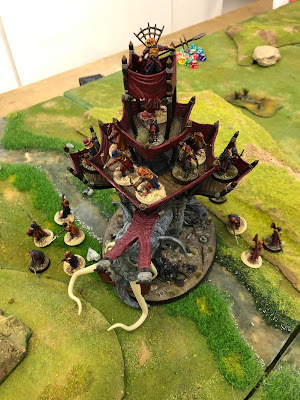 For the revenge Gandalf is  ready!! 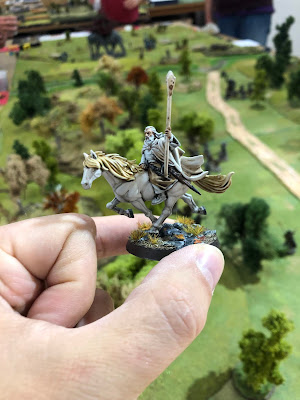 Some weeks ago my friends played at the club a scenario using TMWWBK. This time they decided to play Mahdist vs Italian colonial troops. Mahdist were led by Ivano while the Italians by Jimmy.

All miniatures are 28 mm. Italians are painted by Nevio while the Mahdist are Ivano’s work. 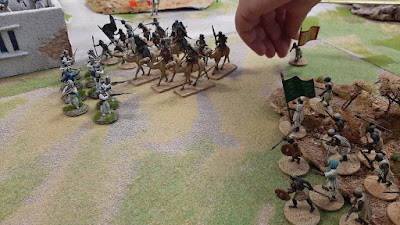 Between 1881 and 1899 the Mahdist revolt spread and interested large African territories …  Sudan in particular. 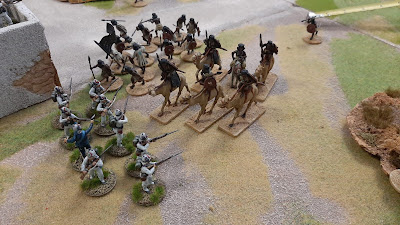 Mahdist wars mainly involved British Empire but also the Kingdom of Italy. In 1894, Italy decided to take the control of Kassala conquering it from Mahdist only to come back in Eritrea after 3 years of occupation.

My mates played a simple scenario in which a group of Italian troops, involved in an exploration mission, were surprised by some Mahdist. The Italians try to find cover a small farm. After six turns only an Italian unit of marines keeps the control of the farm but with high loses. 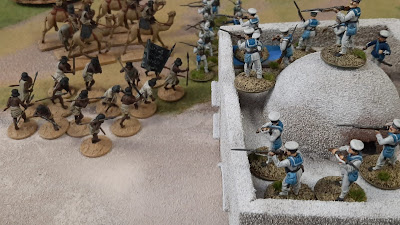 At the end Mahdist win but a lot of his men will not come back to home
Pubblicato da Marco Ortalda a 8:56:00 AM 1 commento: