Last month, to celebrate his birthday, Aurelian decided to play a game using Musket & Tomahawk II rule system in the club ... a very good system to celebrate for a wargames lover.

His opponent is Riccardo that is anxious to test his Indians 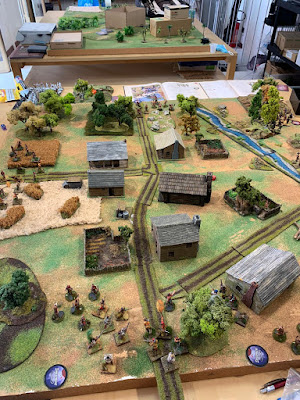 Scenario is simple ... Indians and their Canadian allies must burn some houses ... Scottish and English regular troops must stop them. 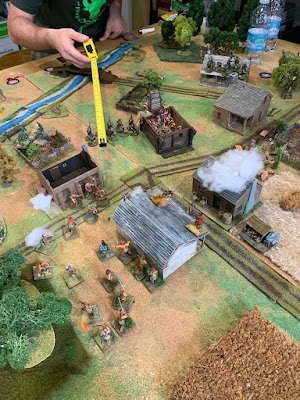 They played for all the afternoon and below some pics of their "adventures" ...
The Scottish  are coming ... 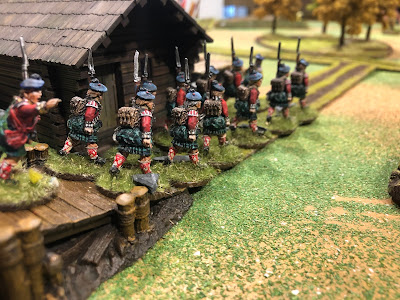 ... Indians and Canadians are ready for the barbecue ... 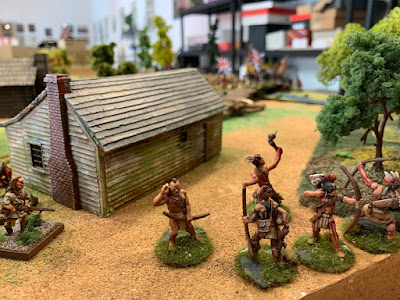 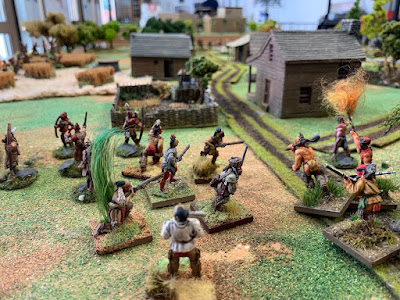 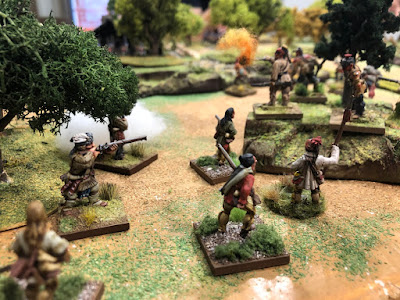 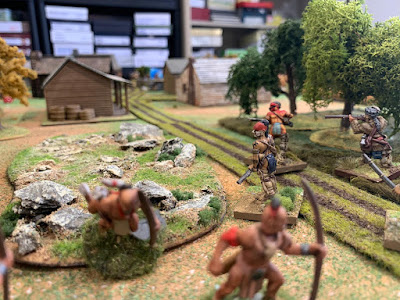 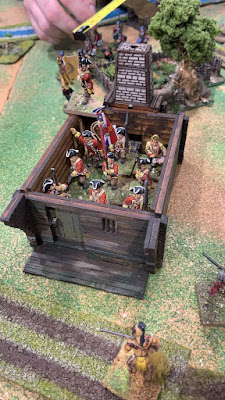 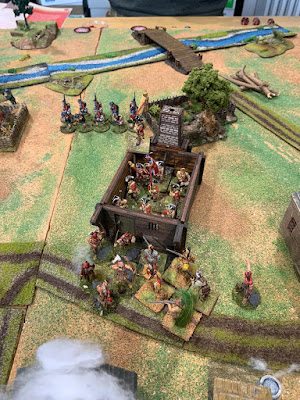 ... at the end ... the English forces are able to stop the Indian's raid ... thanks to their General's skills 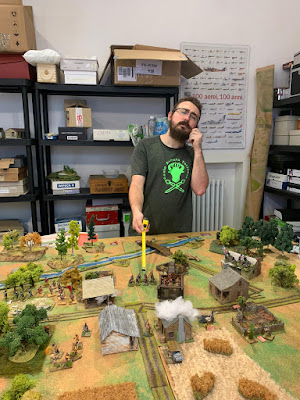 Last week my friends played a Waterloo battle maxi scenario. A lot of my club mates worked on it dedicating time and their efforts.
I wrote some posts about this project but ... with the Covid ... a lot activities required more time than in a normal period ... but now it is time to begin…
First of all I must start with Ezio, Riccardo and Maurizio that created the table 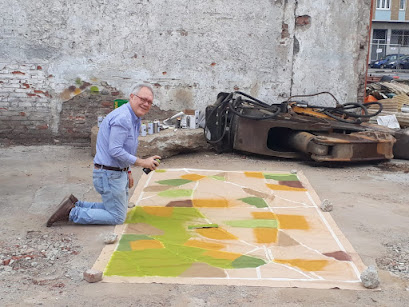 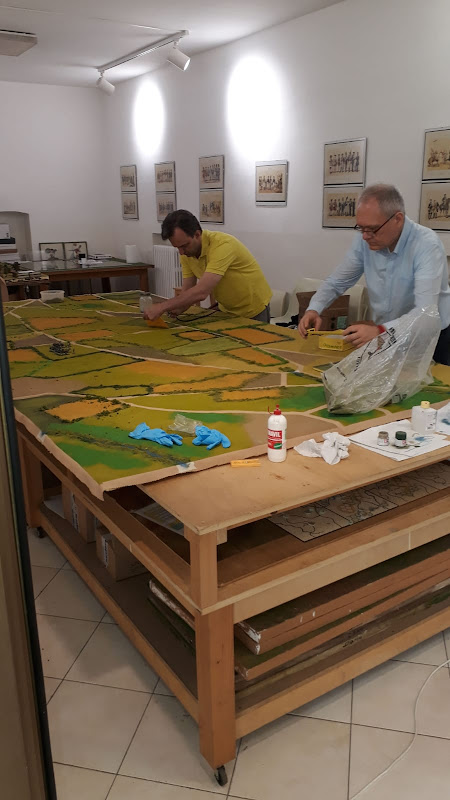 … the table was 3,6 x 1,8 metres and the miniatures involved around 2,500
Below an imagine of the table before the soldiers’ entry … 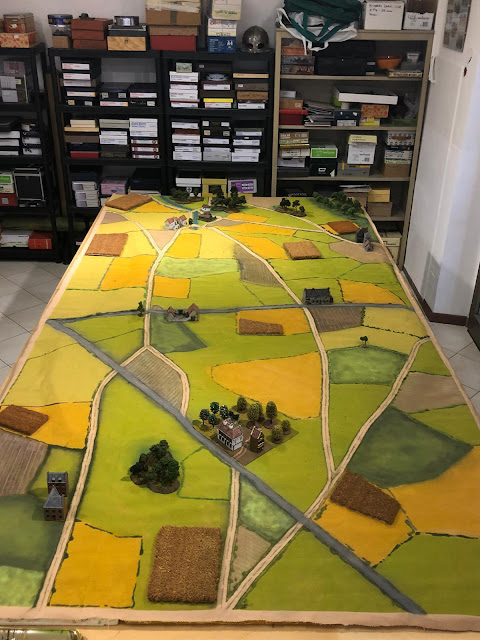 … the two armies … miniatures are all 15mm scale and they are painted by: Aurelian’s painting studio, Luca, Riccardo and Ezio

We used for the scenario Warlord's game Black Powder with the army lists prepared by Luciano and Ezio. The French deployed 41 battalions, 13 regiments and 14 batteries … while Wellington can count on 38 battalions, 11 regiments and 12 batteries.
The commanders of this maxi scenario are: Riccardo and Luciano (the “Duke”) for the Allied forces … Luca and the Professor Barbero 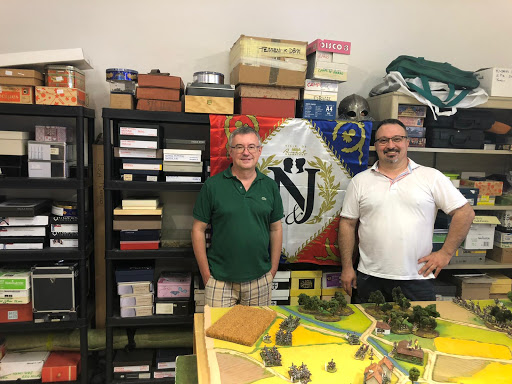 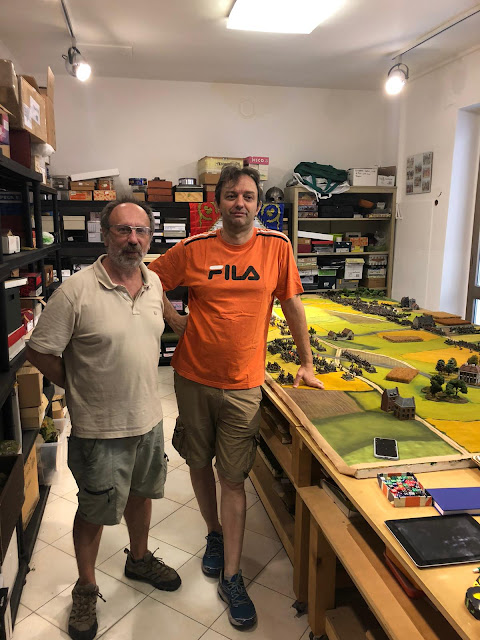 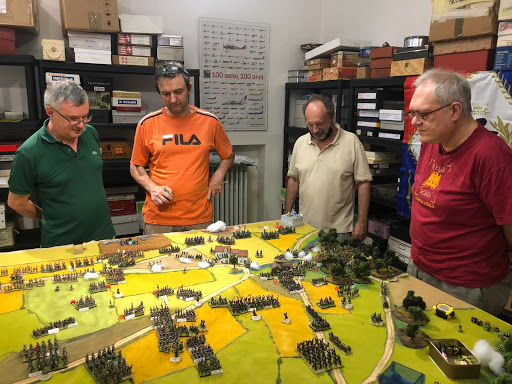 The battle took place on the east side of the original Waterloo field’s The French forces start launching a brutal attack with two corps of Armeé in the direction of Papelotte/Frischermont. 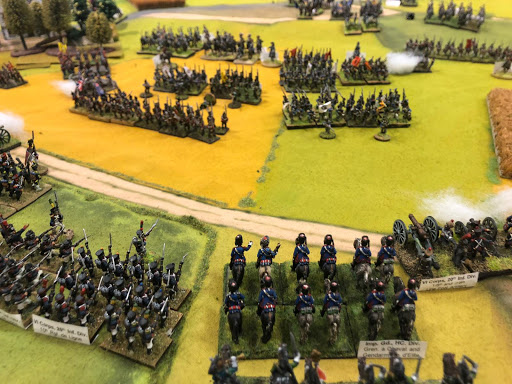 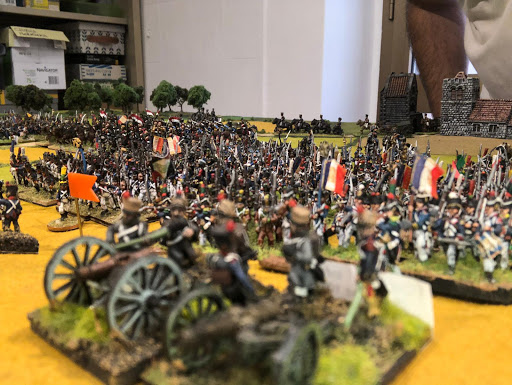 For the English troops is hard to resist to the great number of French … but the Duke is lucky man. Wellington forces remains steady and keep their lines despite the shameful defection of the Dutch cavalry. 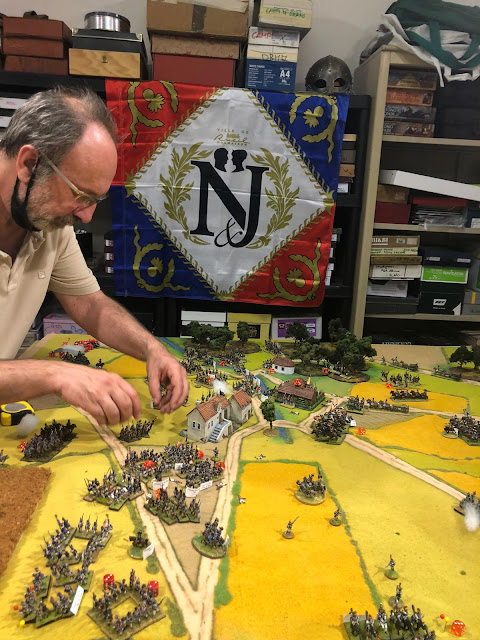 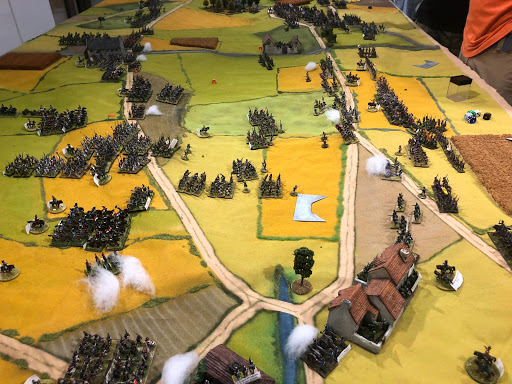 During this part of the battle the 95th, the Scots Grey and the Union Brigade had significant losses, but their sacrifices are compensated when three French infantry division and a unit of cuirassiers collapse. 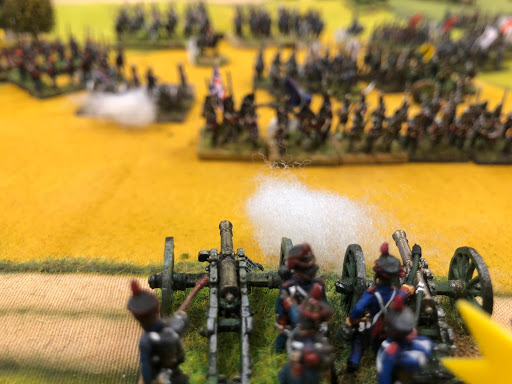 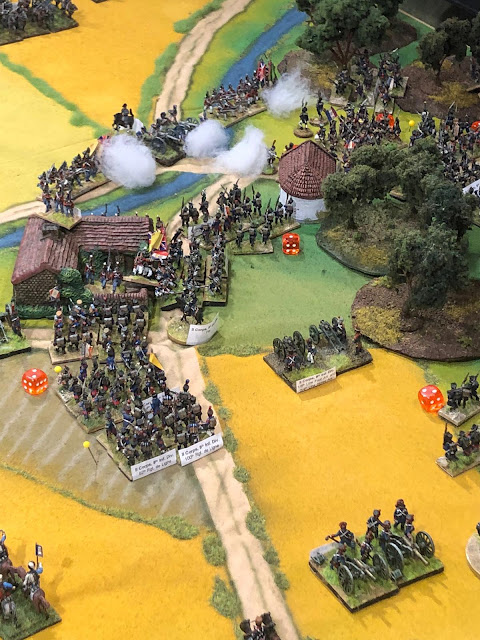 After 10 rounds the English left wing still survive while the French’s arrogance decreased with the losses increase. 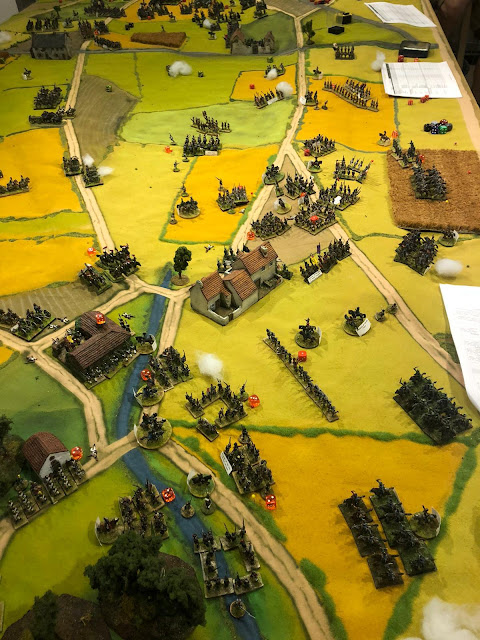 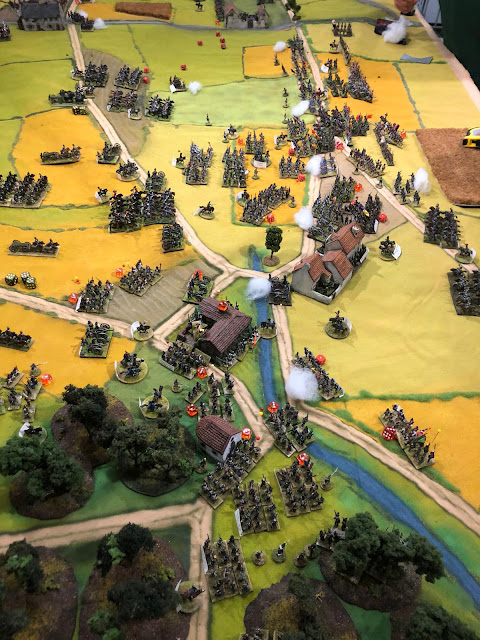 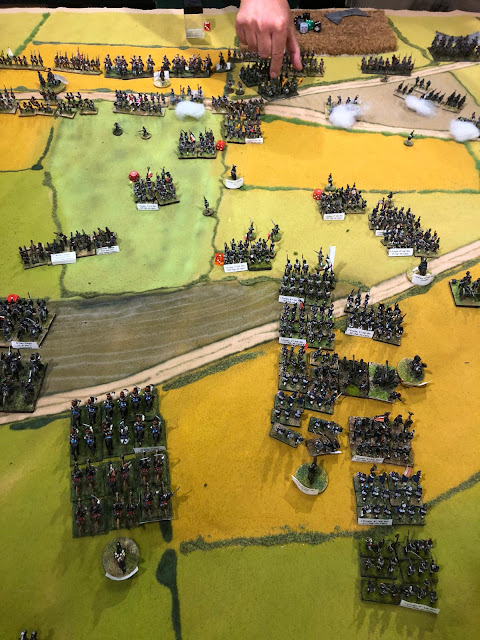 On the western side of the field the inaction of the French guard give to the Anglo-Allies the possibility for an advance even if not significant consequences for the battle. 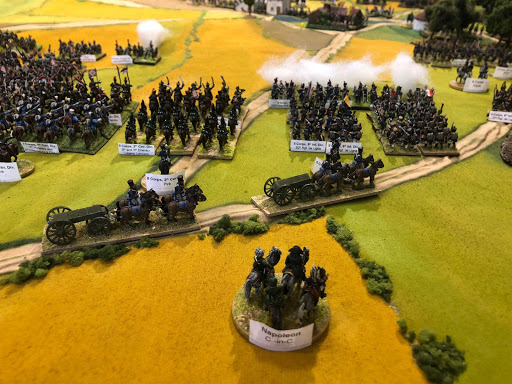 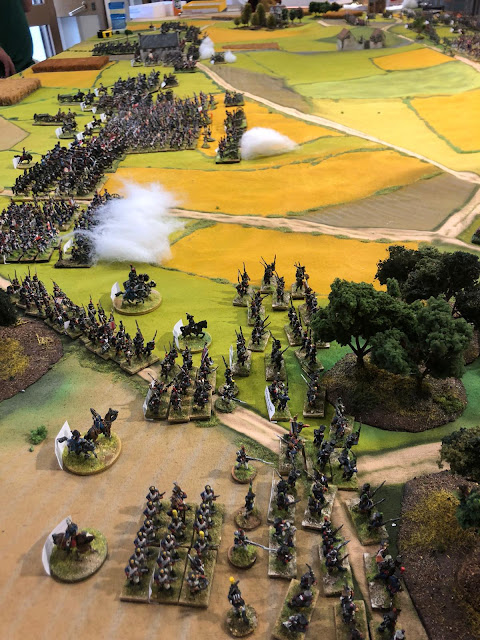 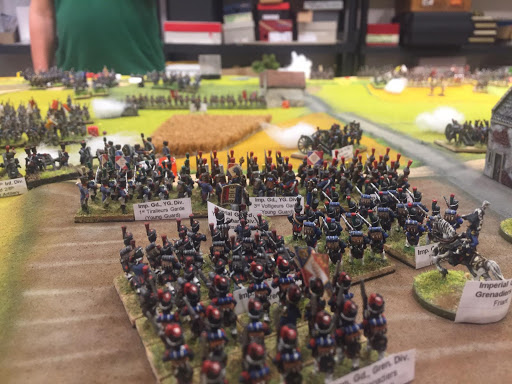 At the end Napoleon doesn’t reach his objects but the Allied forces are at the limit of their capacities ... 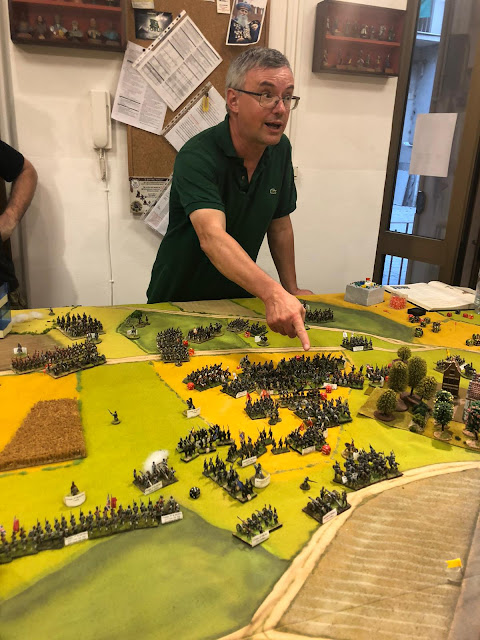 Will the Prussians arrive in time?  The General Von Gallo have sent his observer: the Baron Von Leclerc Aurelian ... keep in touch for the next battle 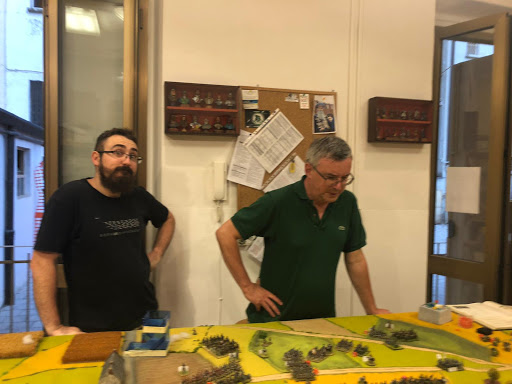