In September my club was involved in “Volvera 2015 - Exhibition”. The event is annually linked to the Marsaglia battle reenact-  a battle fought in my region (Piedmont) at the end of  XVII century – but for 2015 edition the promoters asked us to present Waterloo battle.


Thanks to the preparation of Ezio (another club member) we recreate a part of the battle: D’Erlon’s attack. 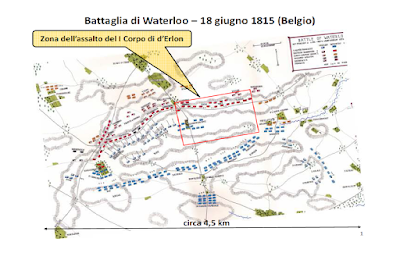 The scenario is prepared for 28mm and requires around 500 miniatures. 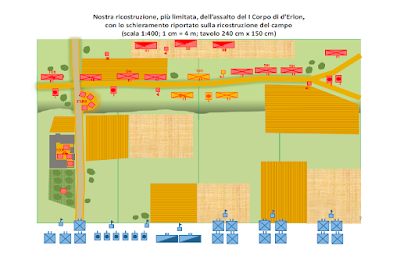 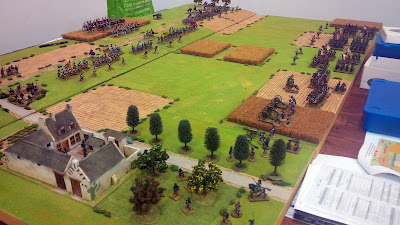 During the real battle, D’Erlon’s attack was the French unlucky attempt to break Wellington lines repelled by English cavalry that arrived till French batteries.
We presented the scenario for two days and we played it twice with Black Powder rules.

Miniatures are all painted by me (French forces plus a couple of English battalions) and Alberto (all English cavalry, Dutch forces and the remaining English units).

In the first scenario we played, the French tried to create on the right the "grande batterie" to permit the break in the centre … 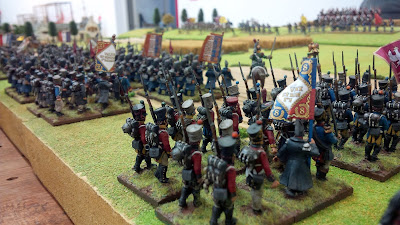 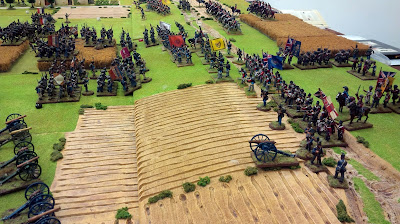 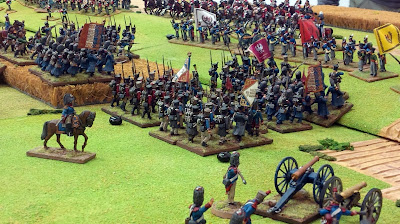 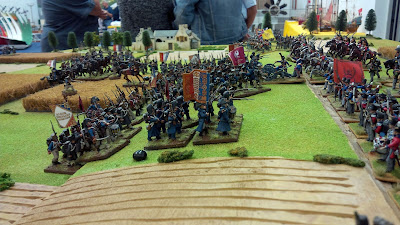 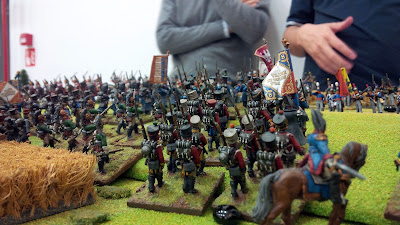 … unfortunately the French columns broke against Dutch units and English cavalry charged them ... French cuirassiers were too far. 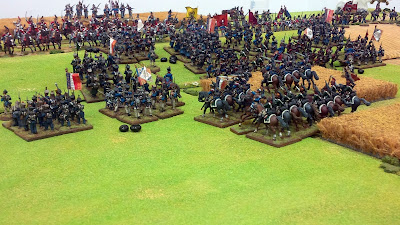 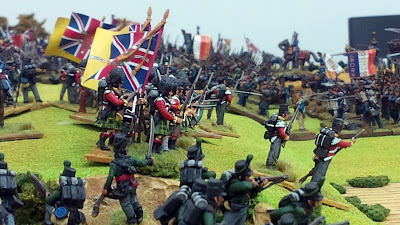 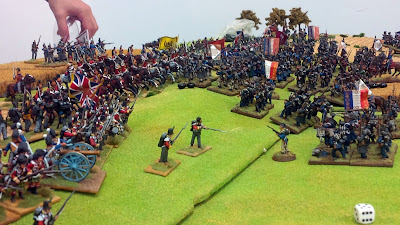 In the second game, French artillery was deployed in the centre and the cuirassiers forced the Dutch to form squares … 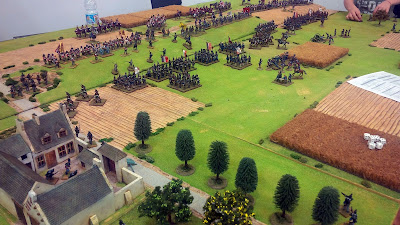 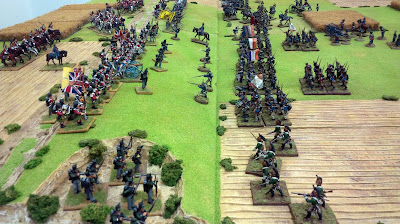 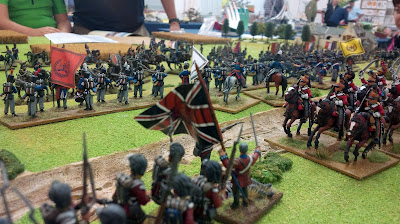 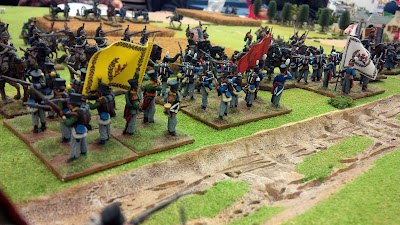 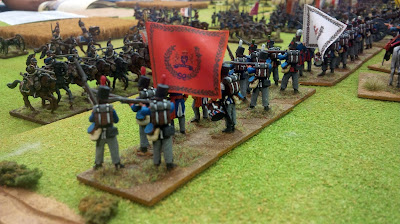 … this time it is the English cavalry that arrived too late.

During the two days the weather was cloudy and the miniatures exhibition was in a building not in the centre of town so the numbers of visitors was limited. The event was the opportunity to play for a weekend and to see again some club members.

An now a couple of picts …

The Black Gordon waiting on the slope 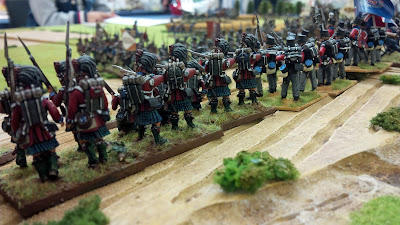 Napoleon and part of his HQ 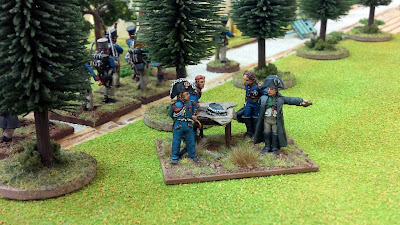 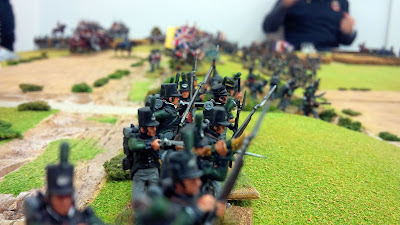 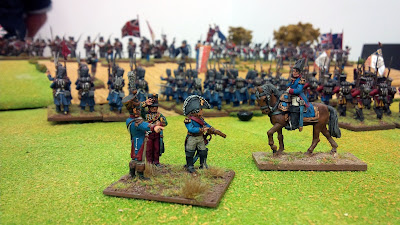 I've just received the latest copy of Dadi & Piombo. This magazine is one of the most important Italian wargame publication.  Generally I don't speak of publication in my blog but this time it is an exception because one of my friends (and member of La Piccola Armata) wrote an article about the Italian independence wars.

The article is obviously in Italian and it is not my purpose to perform a summary. I’m writing these words only to introduce "Garibaldi all'attacco!". A wargame rule system created by Paolo. M. (the author of the article) related to the Italian independence wars.

The Italian Risorgimento is a very interesting period but it is not well known by the majority of gamers. Paolo has written a simple system rules that is lean and well designed in particular for multiplayer games.

Paolo and his team are been working on those rules for years  and, probably, by the end of 2015, it will be printed.
Last year it was organized a tournament in my club using this system and all the people who played were enthusiastic of the game mechanisms.

This summer I played some scenarios and the next blogs I'll try to prepare a brief battle report.