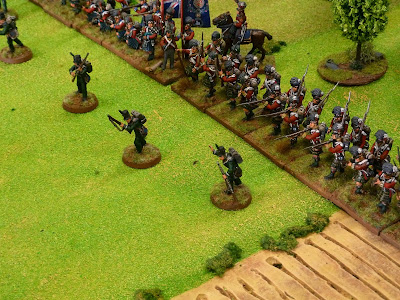 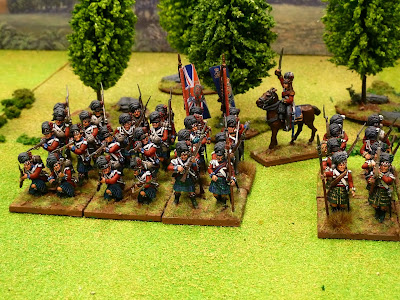 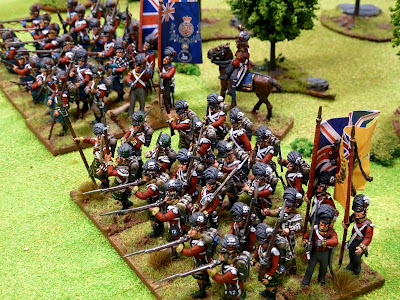 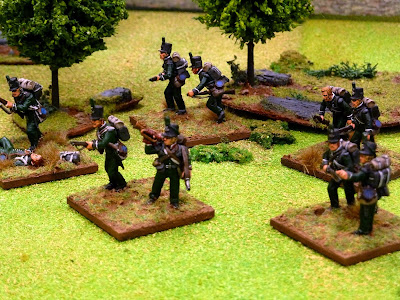 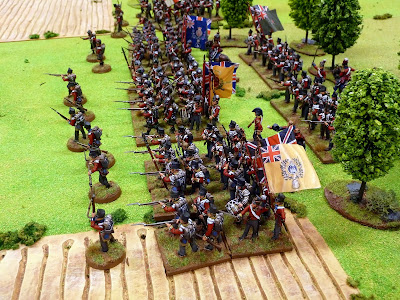 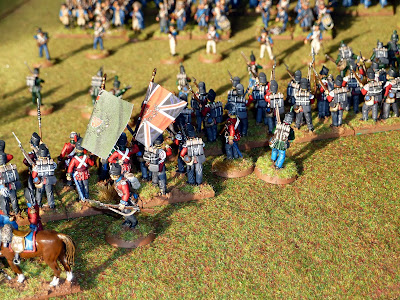 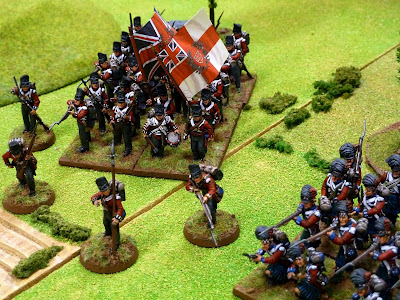 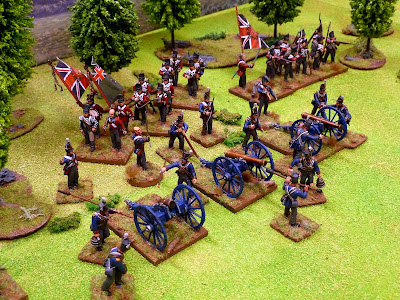 An year ago I started to paint Napoleonic miniatures.
For me it was a very challenging task. Before I painted medieval and late roman period but 19th period is a different song. Napoleonic uniforms have  a lot of details and changed in few years:  revolutionary French uniforms were very different respect  the same-one of Empire period. It is necessary to read up more specialist books and, differently from other period, it is not possible to chance colors uniforms or other details if you want to do a good work.

Actually I have about a 250 miniatures French army and I’m sure they are sufficient for a little struggle.
Miniatures I painted are generally Victrix, Warlords and Perry. Mixing heads, arms and other parts it is possible to create good results.

My first brigades was a grenadier guard unit ... but I think that it is usually the first step for the majority of wargamers 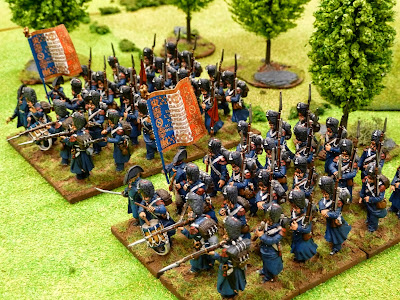 I painted them as 1st and 2nd Old Guard Grenadiers. In the history Old Guard were elite soldiers, generally they were at least 1.85 metres tall and high trained. They fought in many Napoleonic battles (Ligny, Dresden and in Waterloo too) and they were known as "le Grognards". Nickname due to their privilege to express their discontent freely.
During 100 days campaign they were recalled by the Emperor and while, the 2nd Old Guard Grenadier was involved into the defense of Placenoit town against Prussians,  the 1st regiment protected Napoleon position.

Another unit I prepared was a brigade of Polish Vistula legion. Miniatures are Warlord. 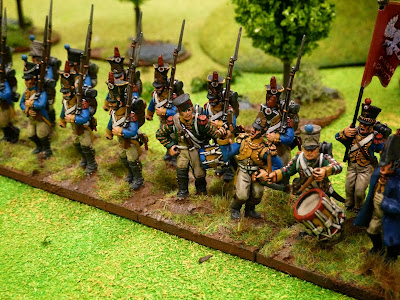 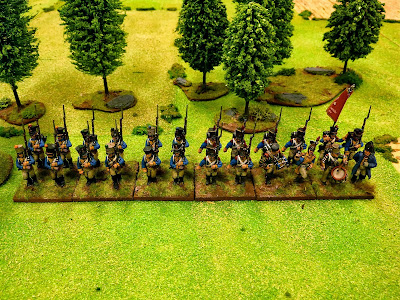 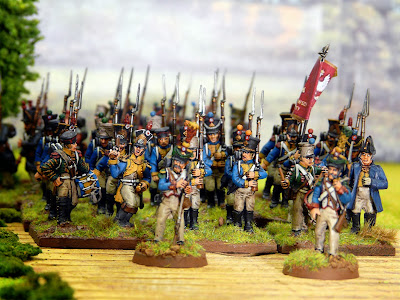 Vistula were formed in Feb 1807. I projected my French army for 1815 campaign but these pieces are fine detailed miniatures and I cannot resist to buy a box.
Unfortunately, after Napoleon's abdication  in 1814, the survivors of the Legion returned to their home but they participated in 1808 Spain invasion  and in other Napoleon campaigns (ie Russia).

That unit includes two drummers and more Grenadier than in the reality but they are intentional mistakes. I designed the unit to be "large" (six bases) with two Grenadier bases, so I can separate the Grenadier and joint them to other two bases obtaining two brigades (1 regular Vistula unit and 1 combined Grenadier).


Using some Warlord and Vitrix miniatures I painted another Allies French unit: the Swiss. These troops in French service wore the traditional red uniforms which differentiated them from the rest of Napoleon's army. 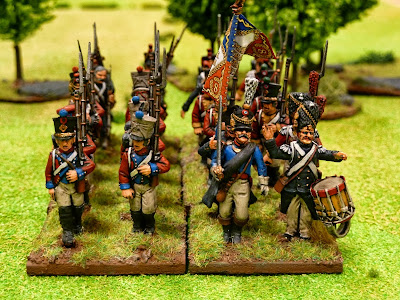 They fought during Peninsular and Russian campaign and their moment of glory was the cross of Berenzina.

After Napoleon abdication, Louis XVII hired some Swiss troops for his Royal Guard that were a symbol during Ancient Regime. With Napoleon return, the Swiss Diet cancelled the contract and asked his troops to abandon France but, around 600 men, decided to form the 2nd Foreign Swiss Regiment and, attached to Grouchy Corps, fought in the battle of Wavre. 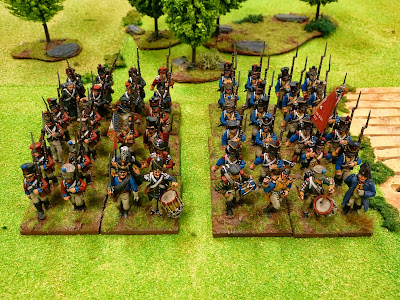 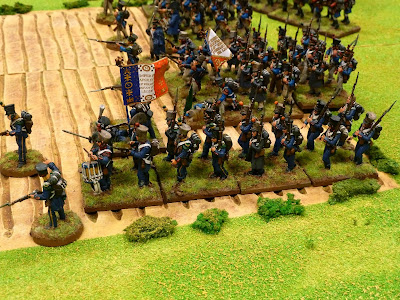 Light infantries were elite units. They required great initiative and skill. Their duty on the filed  was to engage the enemy in small group ahead of the other regular units  but they were trained to fight in formation too. Many light brigades were present in Waterloo campaign: 9th, 13th, 15th and other. 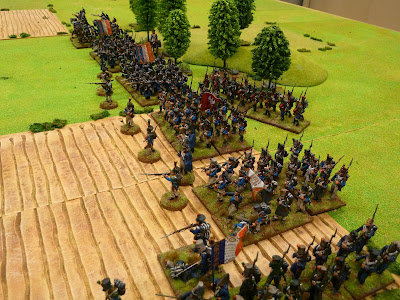 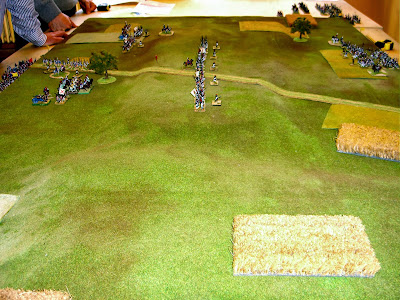 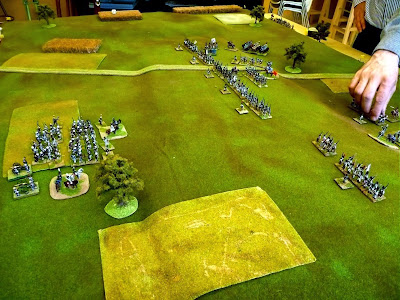 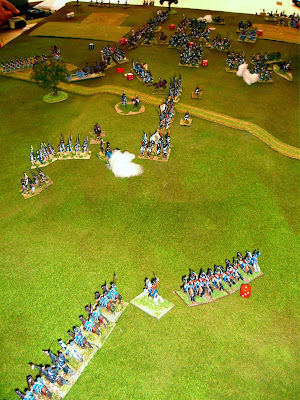 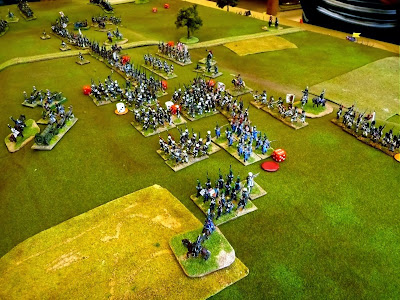 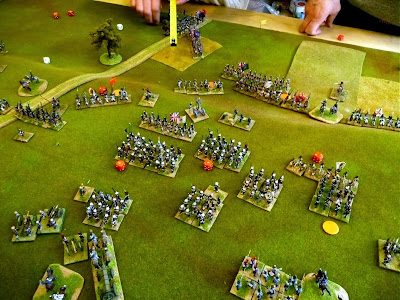 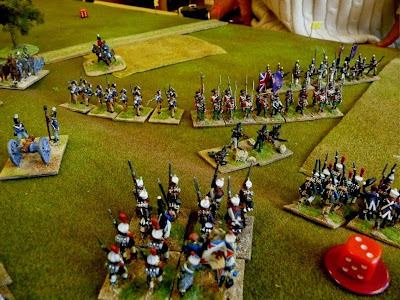 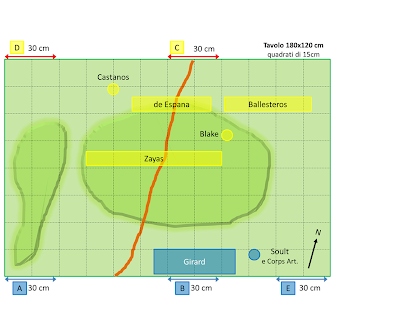