I started to paint an Imperial Roman army. The idea is to create ten cohorts, some unit of artilleries and two alee of cavalry.

Miniatures are mainly Warlord  and Armorum & Aquila. For the moment I finished two units of six bases each, some commanders and skirmishers. 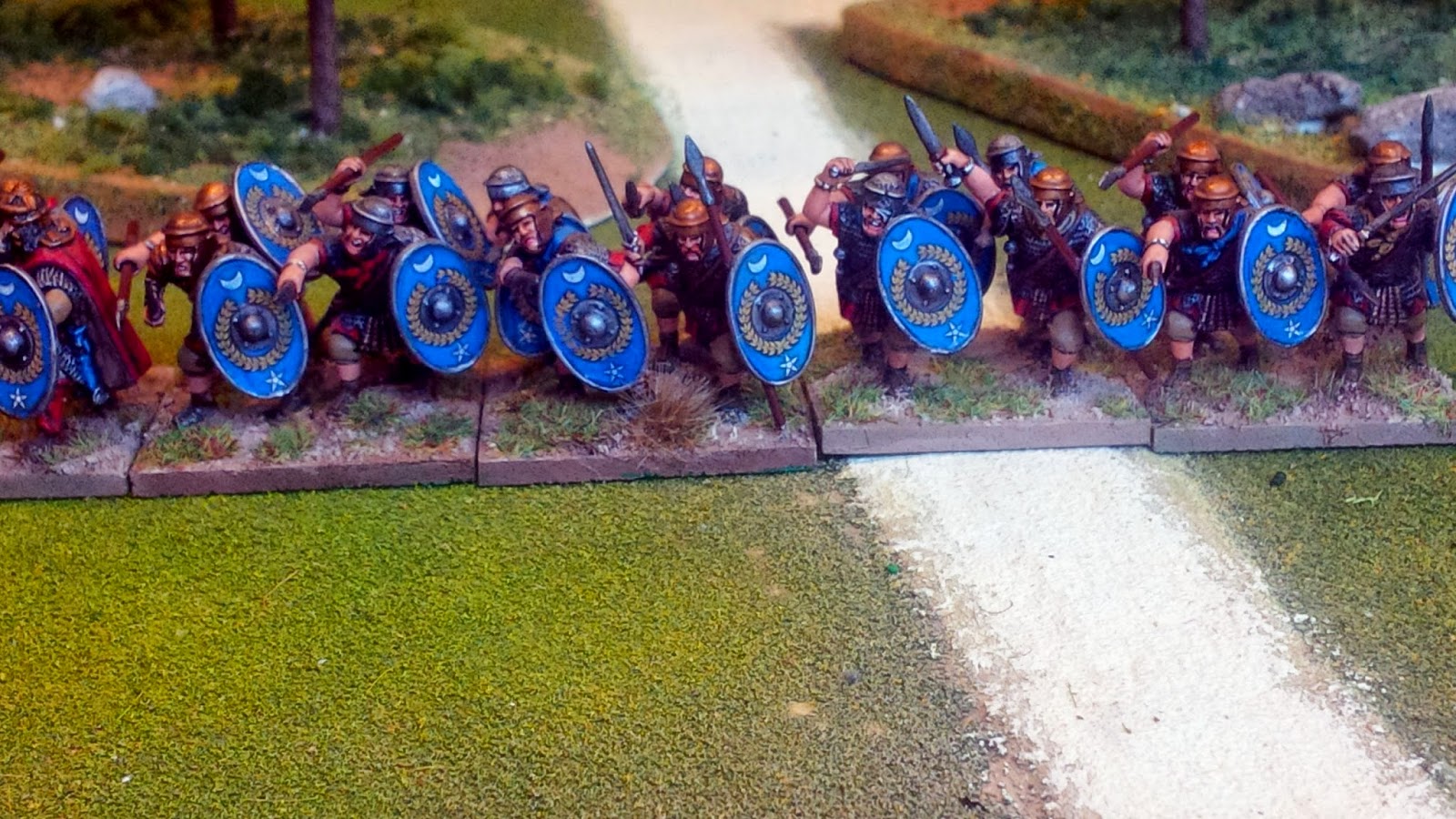 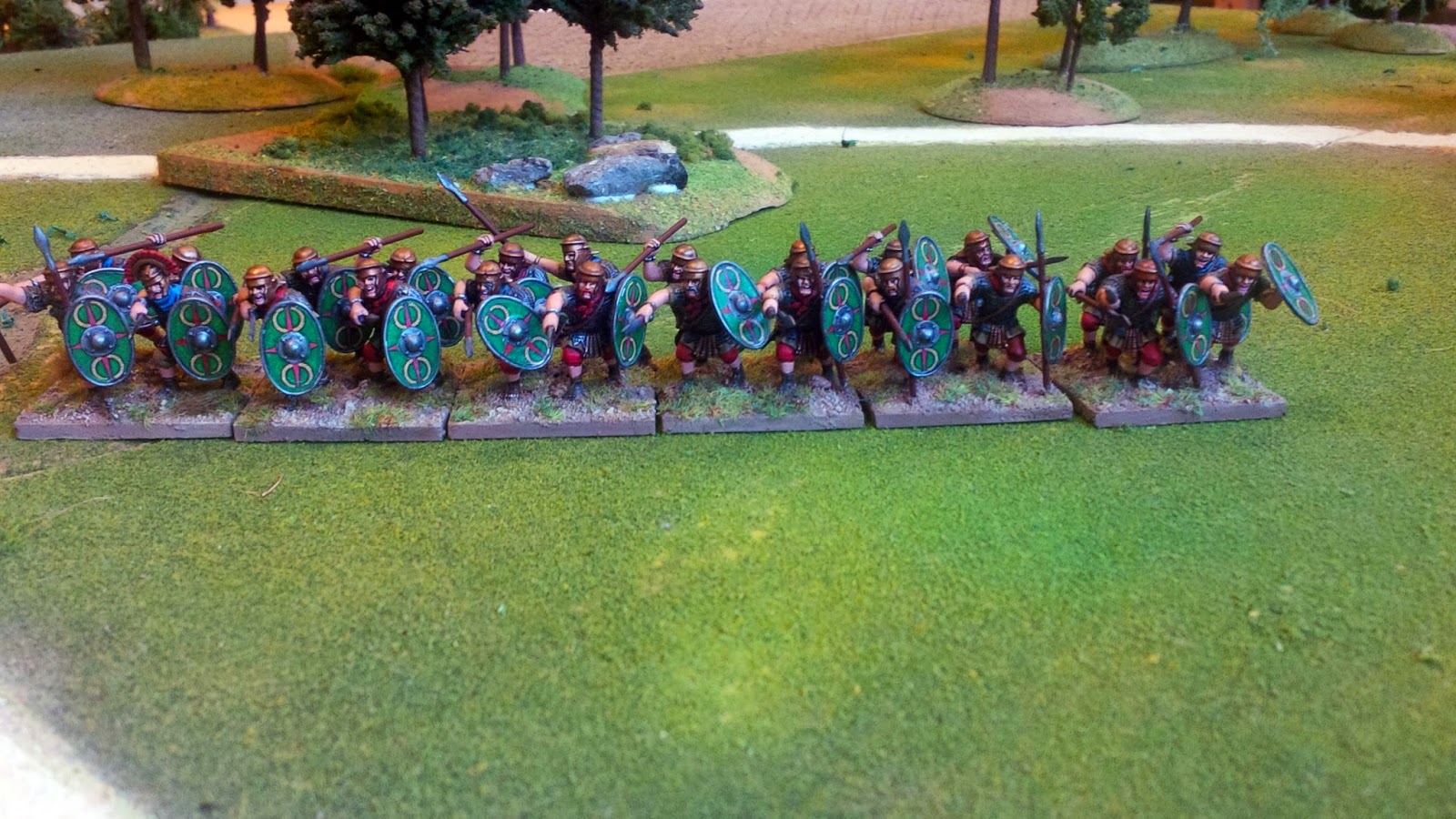 Other two pictures with more details. Each cohort has a command group and a different shield pattern. 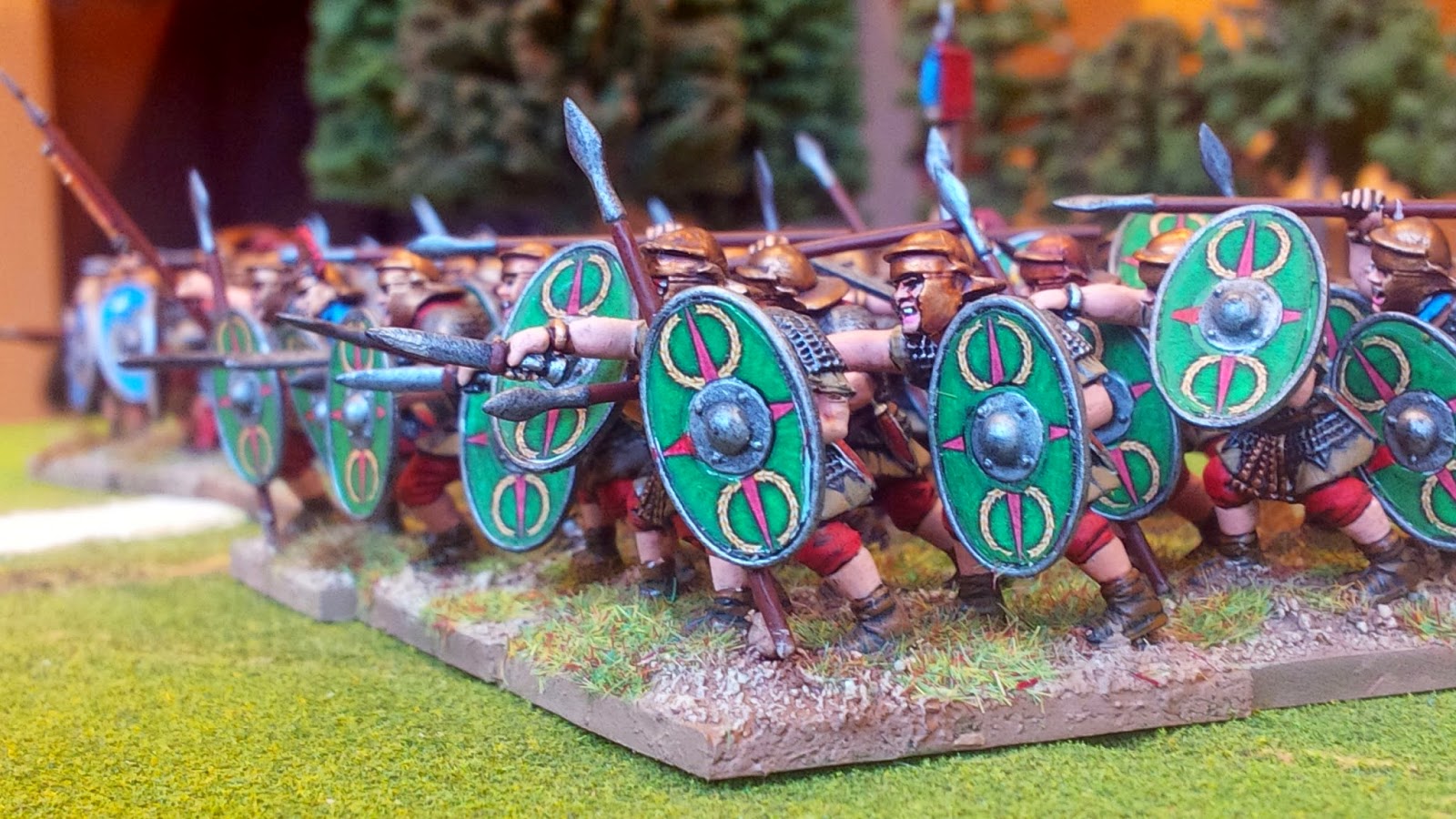 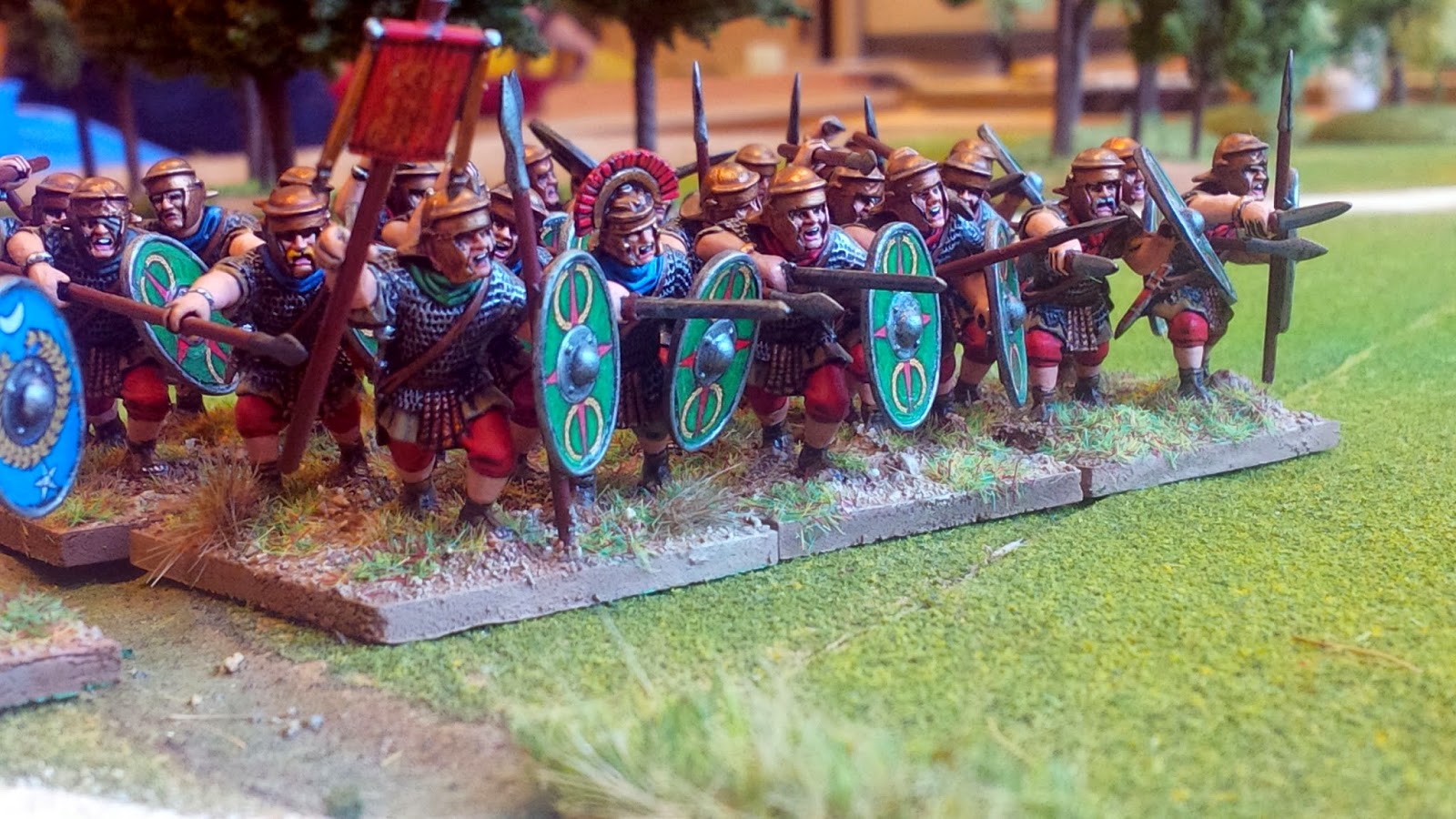 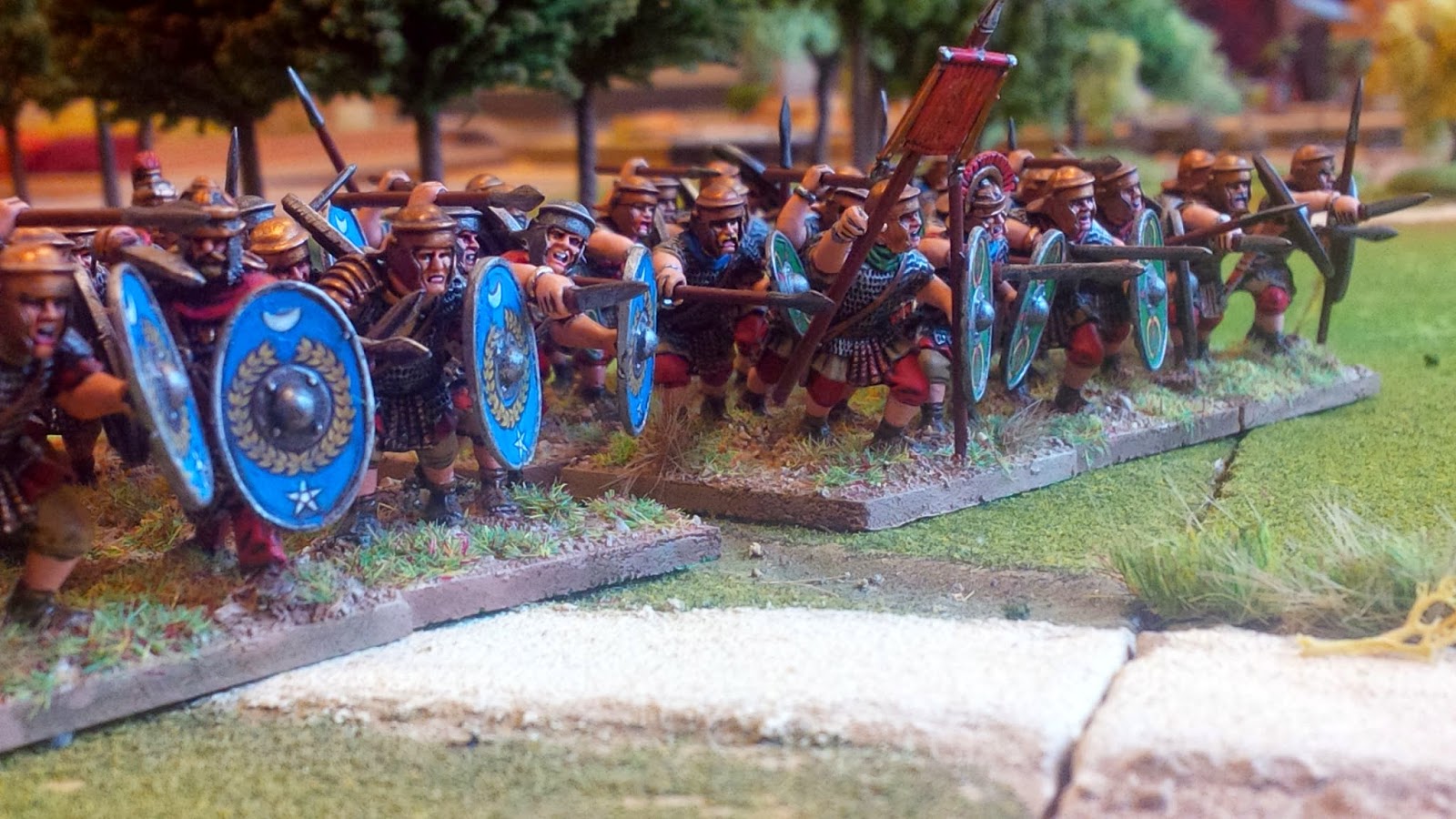 Some pictures of the commanders (centurions, tribunes, signifers) that I've just completed 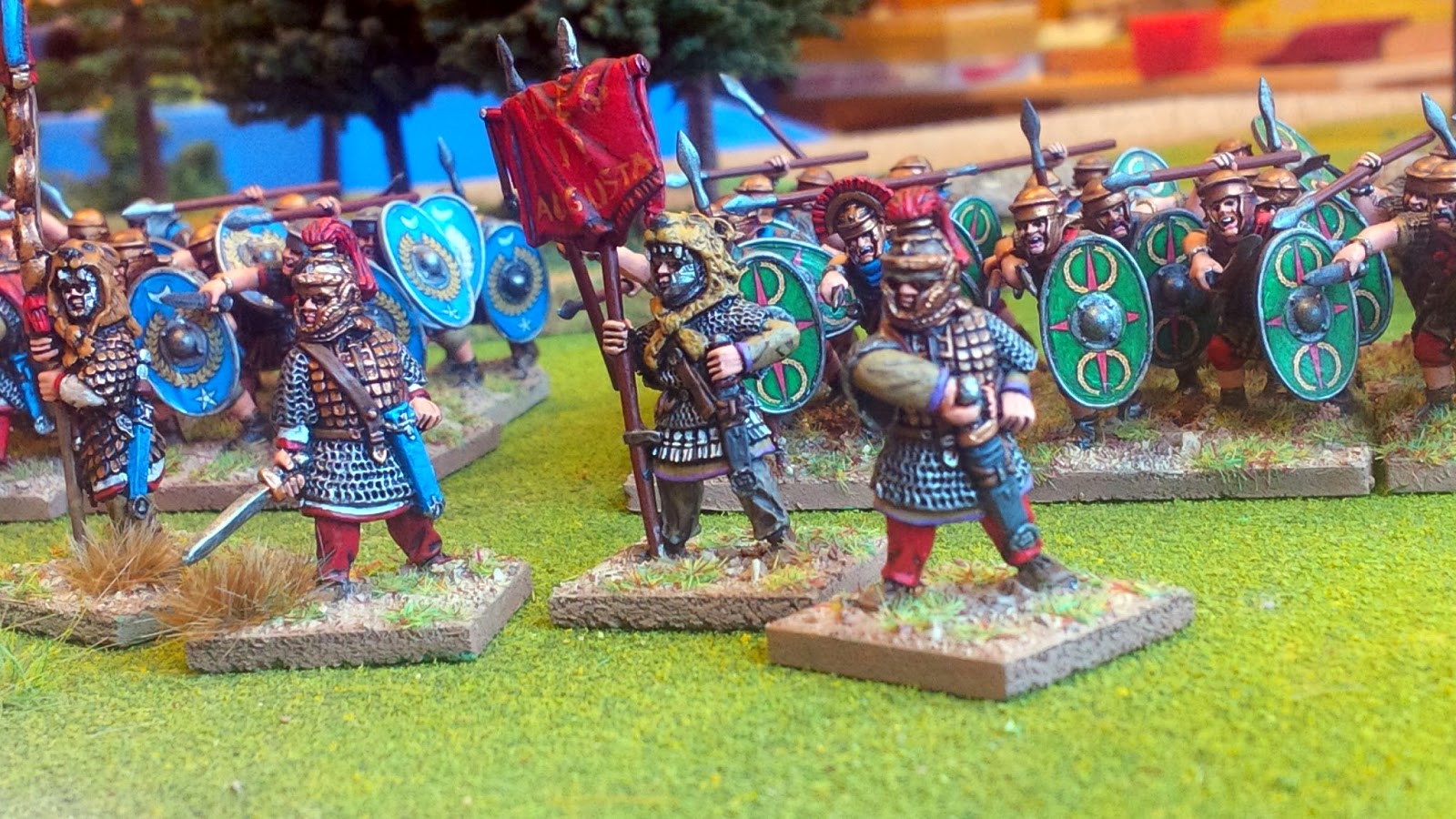 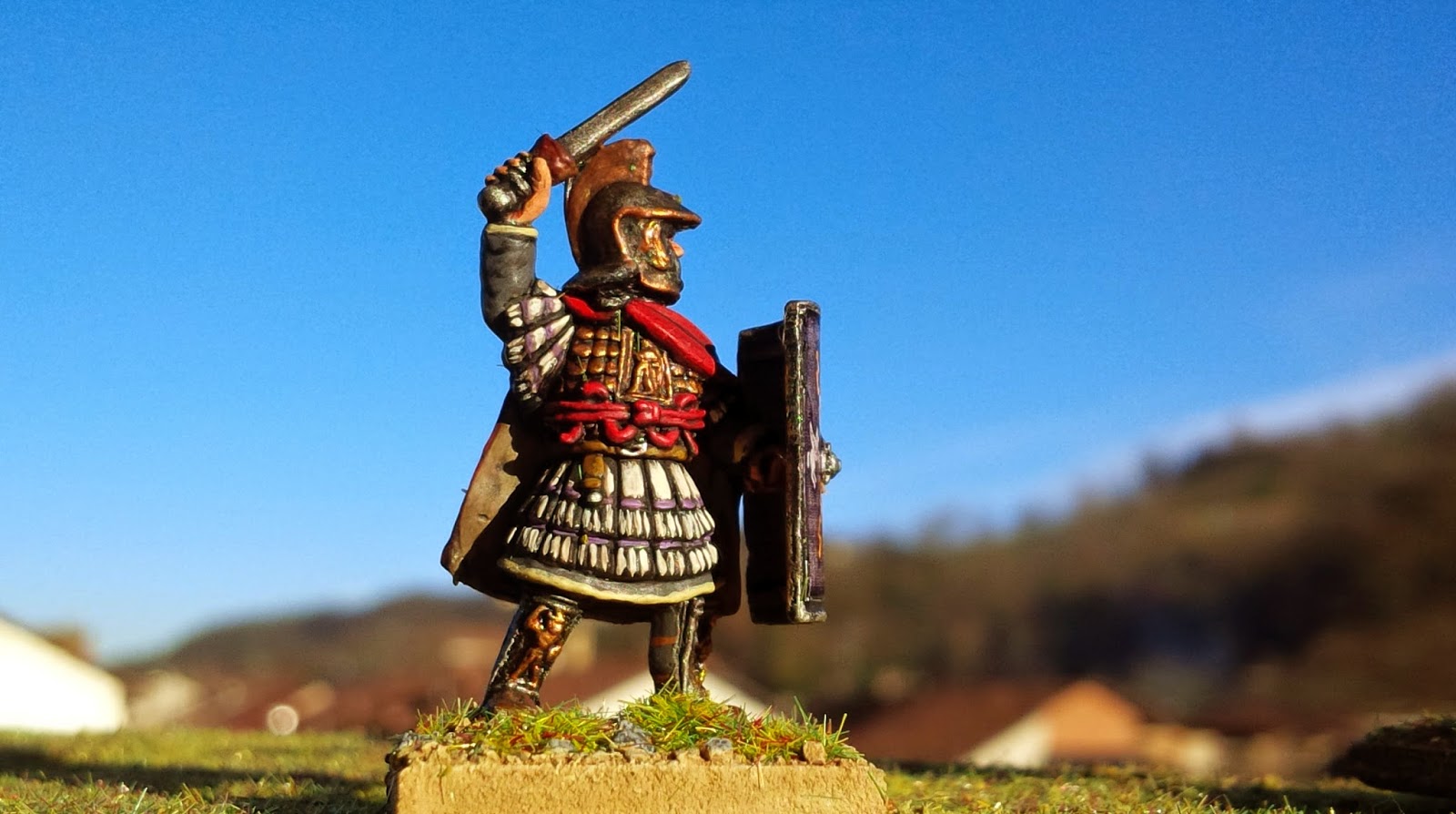 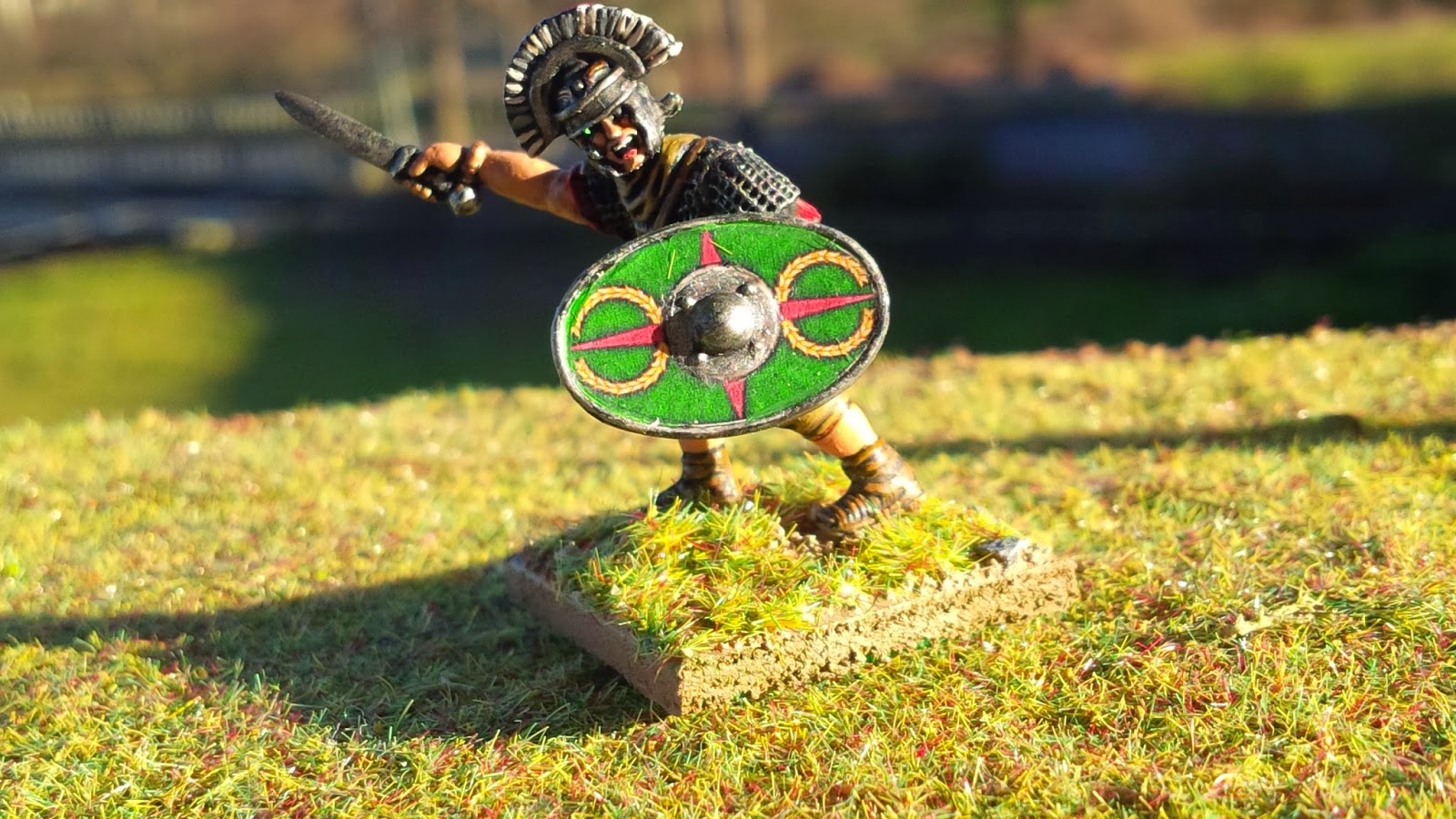 And other pictures of skirmishers ... Balearic slingers 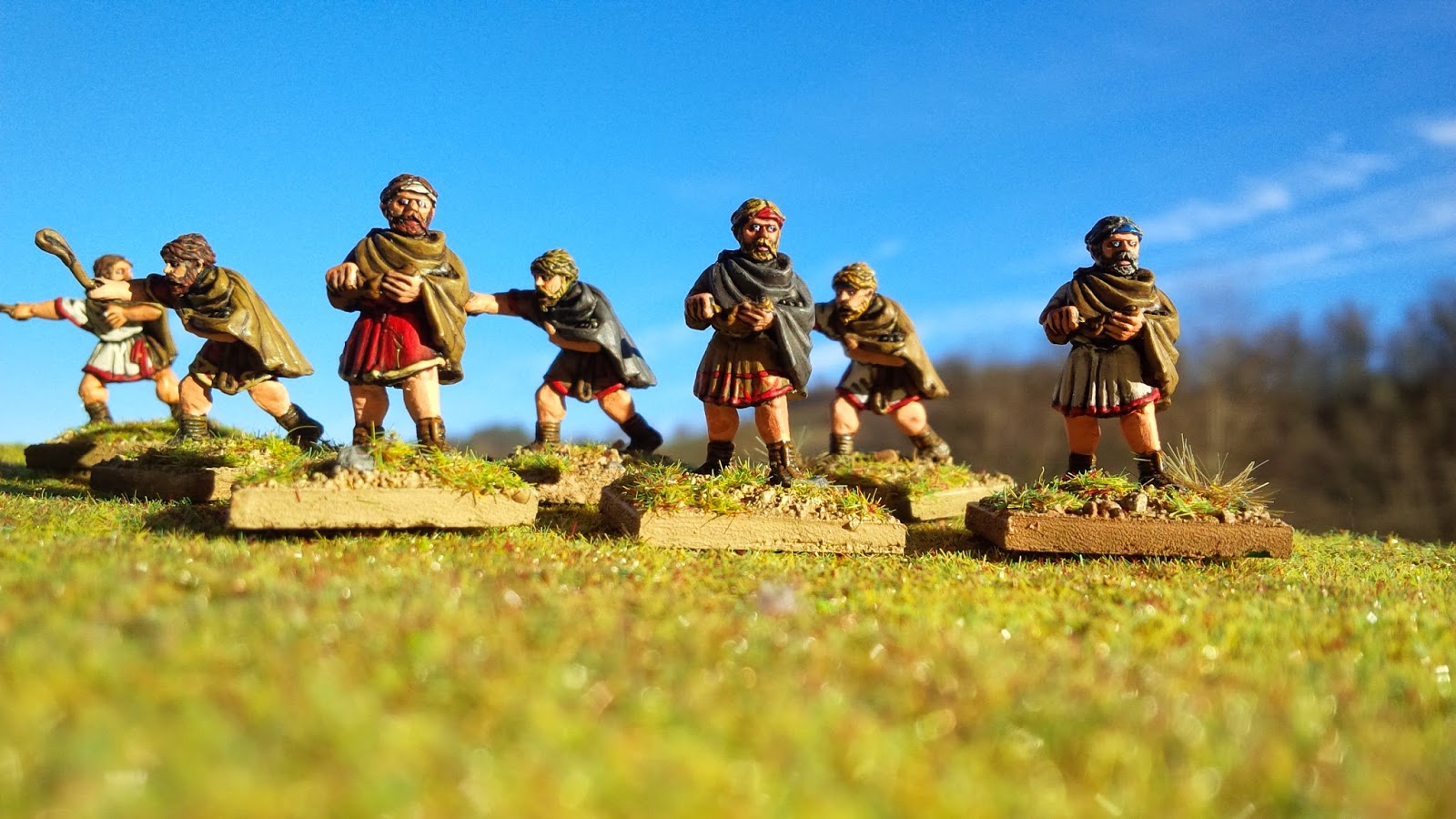 a contubernium of Cretan archers 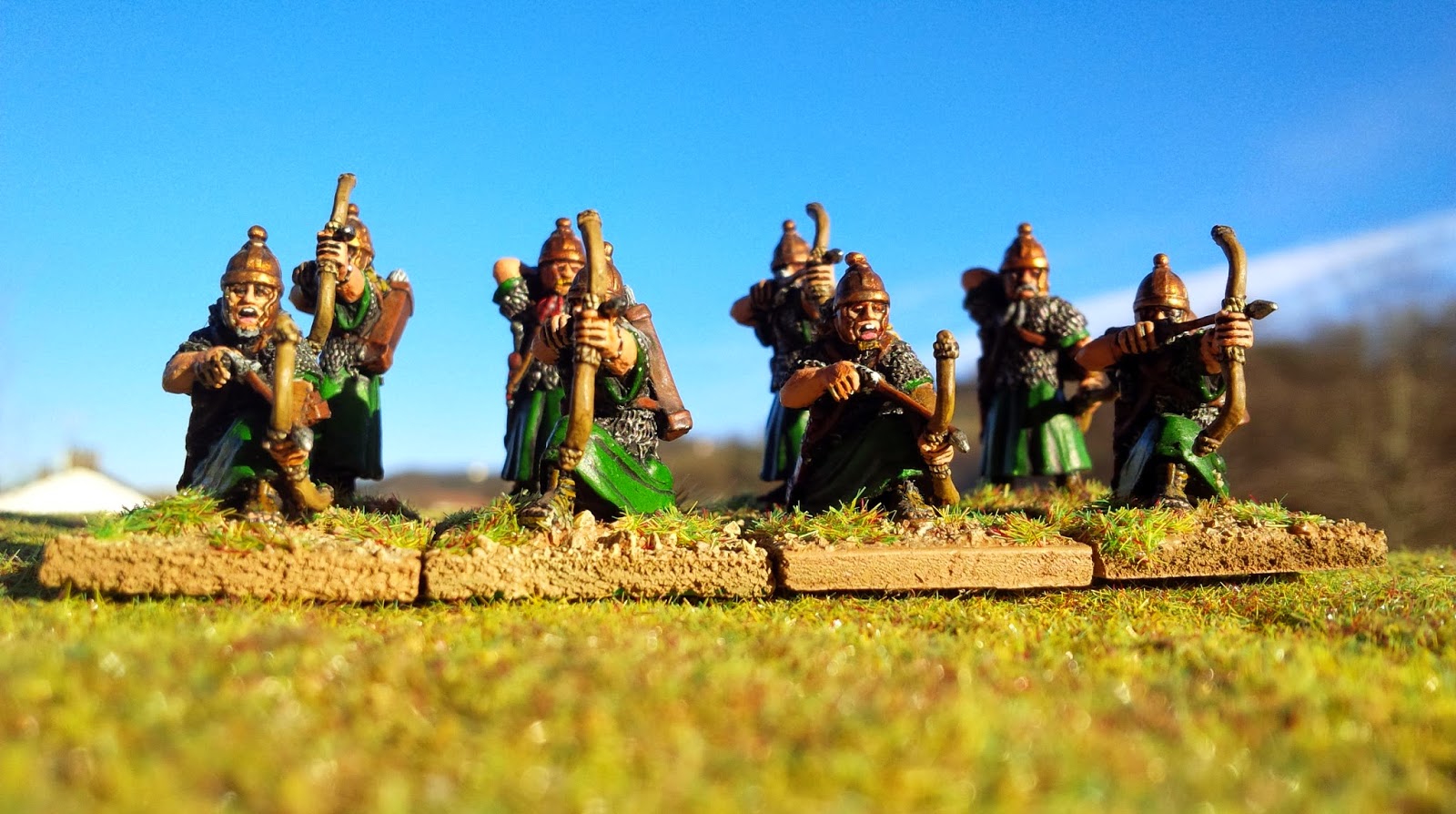 and another contubernium of western archers 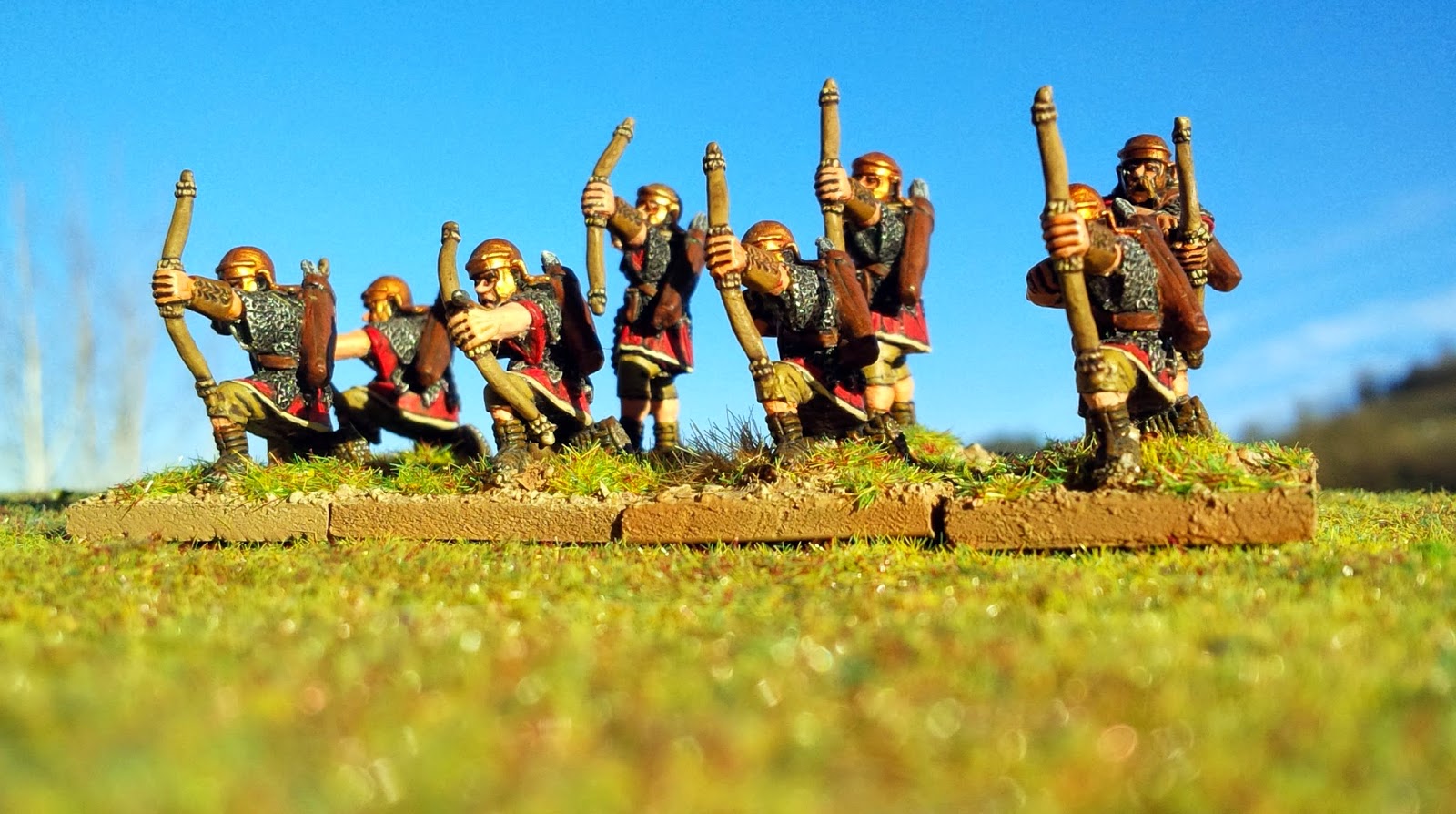 a wip of the first five cohort command groups All cohorts will count four bases (16 models) except for the first one that will have double ranks.