Before Covid forced us to close again the club, my  mates organized a game to celebrate Bilbo's birthday. Giancarlo arranged the event preparing the table adapting an original scenario from the rule book: Assault to Esgaroth. They used Lord of the rings rules.

The protagonists for the Good are: Bard the archer, Bilbo Baggins, Thorin and his 12 friends. For the Evil: Goblins and the Orcs with a special character (Smaug the Dragon).

Our dwarfs are host in the city of Esgaroth and they ignore that Smaug is flying on them after Bilbo’s attempt to steal his treasury. Unfortunately, the same night, Dol Guldor Orcs and Goblins decide to raid the city. 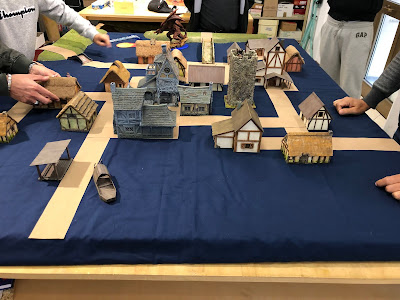 To simulate Smaug’s force … every turn he launches a ball of flame in a random direction (decided using a directional dice). Every heroes hit by the fire must use on of his Fate point to save himself. Every turn Bard, with his ballista, tries to hit the Dragon. 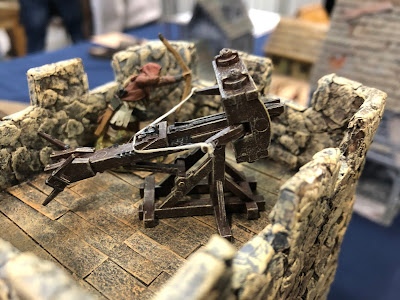 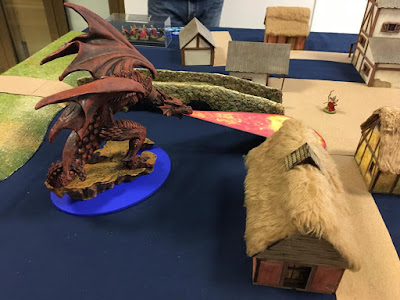 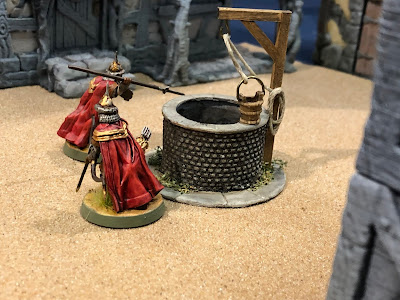 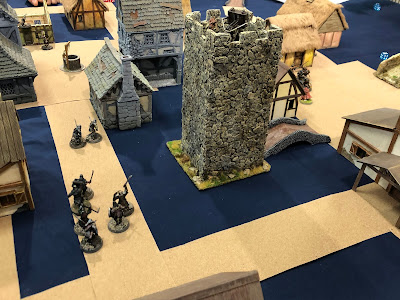 The game took to my mates all the morning. The Evil does not adequately use the surprise factor ... the dwarves come out from the houses and organize themselves in powerful lines that block the access to Bilbo's home. Thorin, under siege, defends himself in a great way  risking something. ..The Dragon flies over the city without creating great damages ... 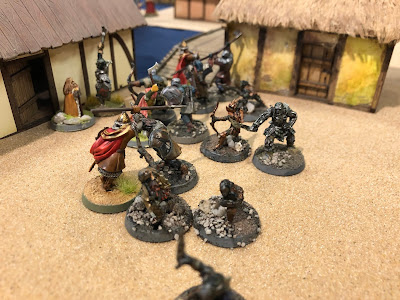 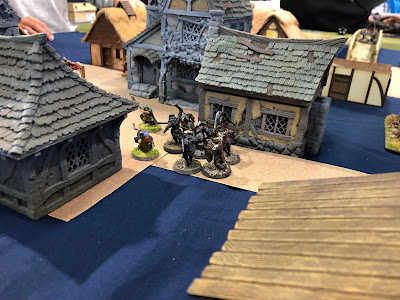 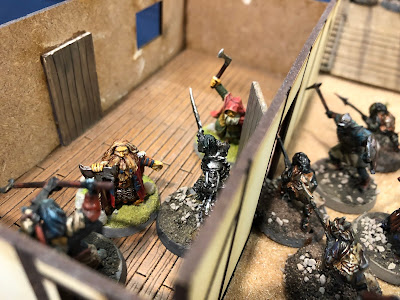 At the end of the game ... despite Bard wounded Smaug ... he manages to set fire to Bilbo's residence. But Bilbo is a lucky hobbit and he  goes out without roasting. 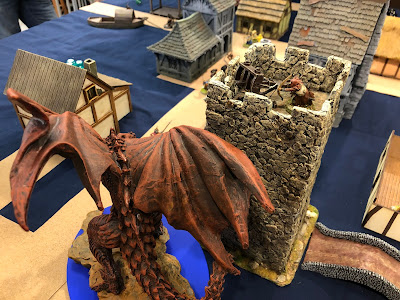 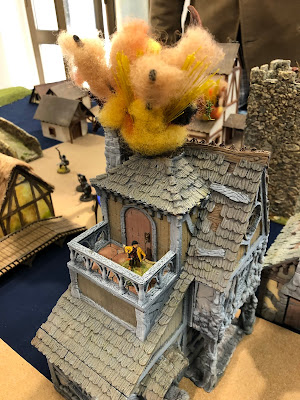 It was a very hard game ... uncertain till the end ... but after 20 turns the Good wins. Both Bilbo and Thorin survive to the Evil's attack.
But we are Italians and we cannot close a so important date celebration as Bilbo's birthday without our cakes 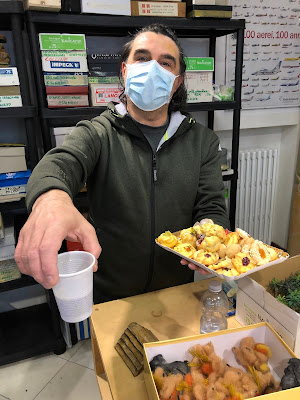