One of the most important (and well known) legiones palatinae listed in the late roman documents is the Herculiani seniores. This unit was assigned to the Italian command.

The pattern of their shield is reported into Notitia. Below the Oxford version:

The symbol in their shield was an "eagle" so it is possible that they maintain the eagle  to indicate their unit. 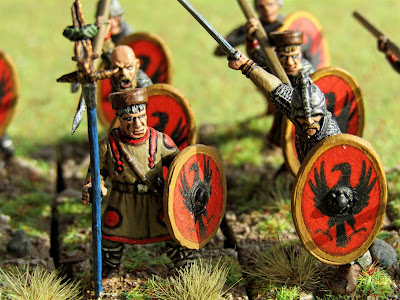 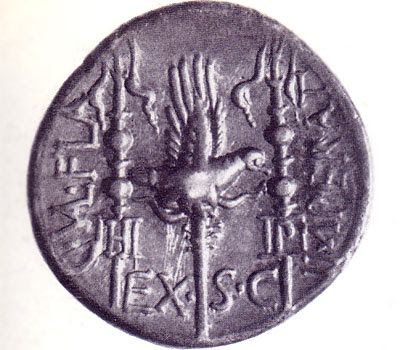 The eagle (or aquila) was for centuries the symbol of the Roman legions. No original eagles arrived to us, but we have many immages on the monuments (ie Arch of Constantine, Trajan column) or on the coins.
In the 3rd/4th century the Roman vexillifers carried different type of symbols: draco, labari but Ammianum (XX 5.1) and Vegetio (II.13) reported that the eagles were used also during that period. 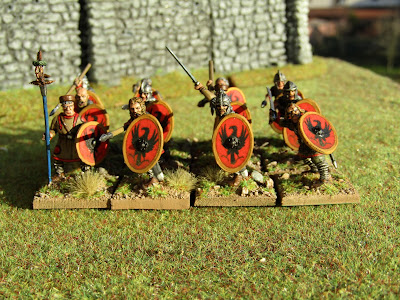 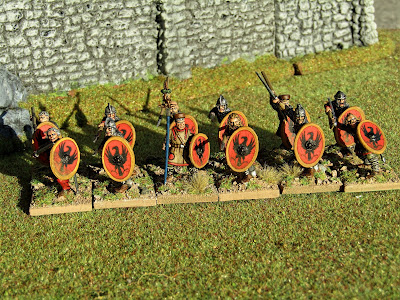 The Herculiani  (and the Ioviani) were a Tetrarchic creation. The Arch of Galerius (one of the Tetrarchs - 3rd century), shows two shield patterns that apparently belong to the original Ioviani and Herculiani units.

Below some details of my minitures 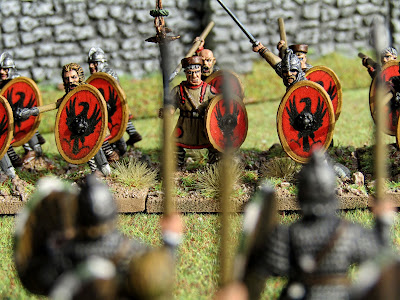 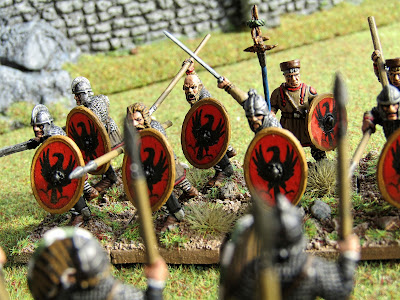 The Herculiani  were a senior palatine guard under Diocletian reign (284-305 Ad). It is sure that they continued to be a military unit also in the further periods and the choice of the name was not random. The co-imperators (Diocletian and Maximian) linked their name to two gods: Jupiter and Hercules. The original Herculiani seniores were  so the personal protectores of the Tetrarch and co imperator: Marcus Aurelius Valerius Maximianus Herculius 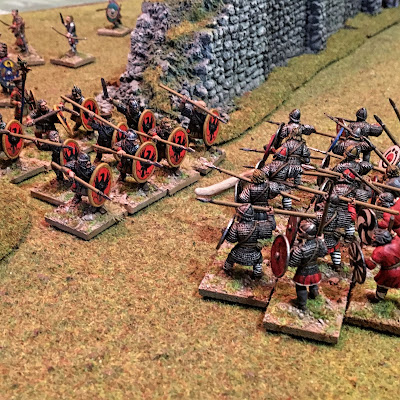