Last Thursday we tested a new scenario for "double line"; the ACW rule system wrote by Paolo M. The scenario was a multiplayer game with four players plus the support of Paolo.

I want point out that all miniatures in the post are not painted by me but by "La Piccola Armata" members.

The initial deployment is particular because the idea is that the armies arrive on the field in a random way. Starting from Union troops, each player deploy a brigade placing it 1d6 x 5 inches from his table side. The obj is to control (by the 12th turn) the field on the middle of the table.

After the deployment the table appears as in the photo below. The obj is the green field on the center 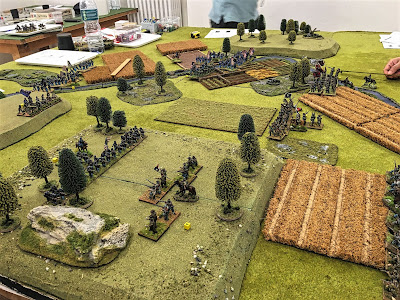 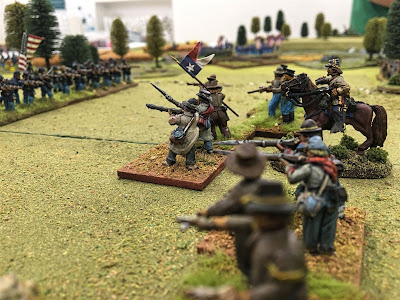 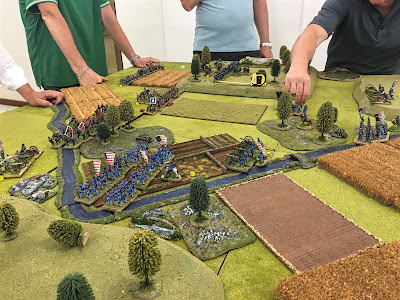 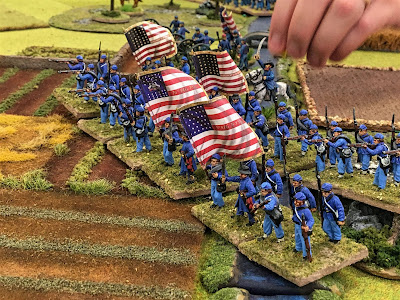 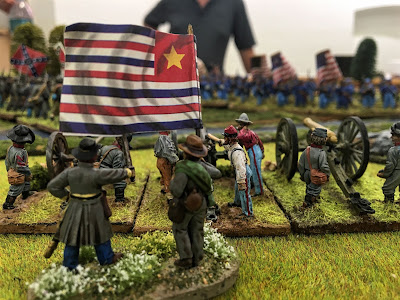 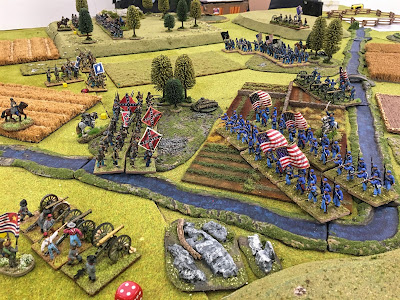 ... the left rebel wing is repelled but new reinforcement are arriving 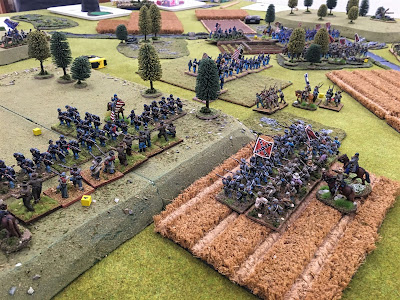 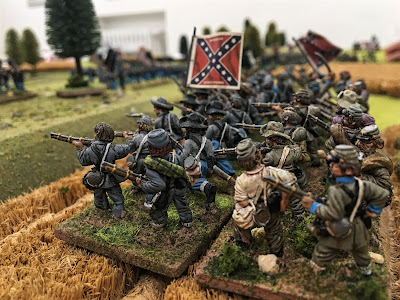 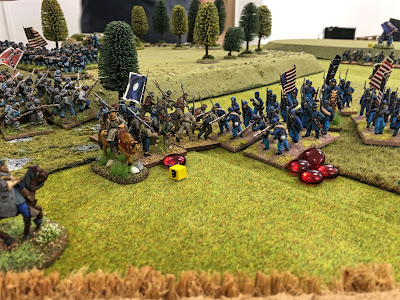 The commander of the left rebel brigades decided to split his forces hoping to regain the obj but ... 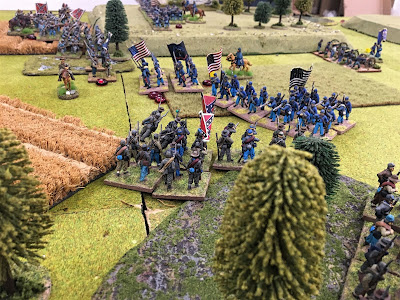 ... in this way are easy target of the Unionist troops 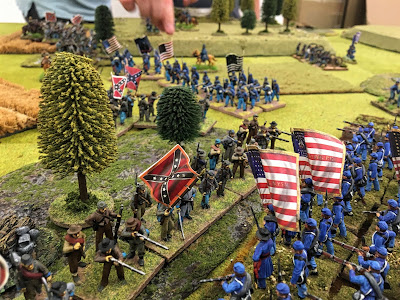 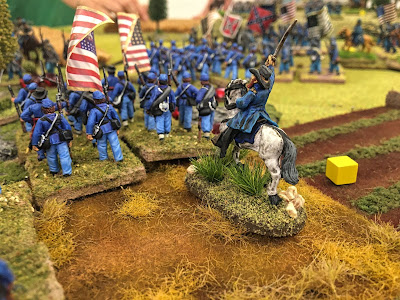 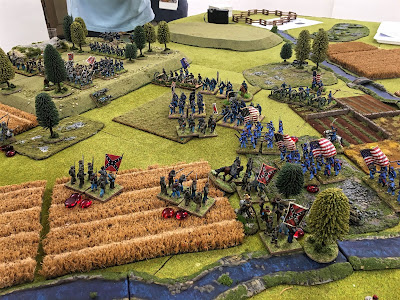