During WW2 some German generals were remembered for their innovative strategies but German Army maintained also some traditions that are typically of previous conflicts. One of this "traditions" are the so called "railway guns".

Generally they were a large artillery piece, often surplus naval artillery, mounted on, transported by, and fired from a specially designed railway wagon. Many countries have built railway guns, but the best known are the large Krupp-built pieces used by Germany in WWII and WWI.

The largest artillery piece of this type deployed by Germany in WW2 was 80 cm  Schwerer Gustav. Below an original image with Nazi gerarchs. 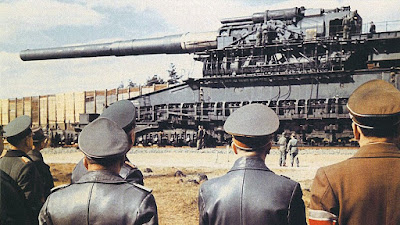 Maurizio, one of my club mate, decided to convert a 1/72 self-propelled siege mortar in a railway gun. Below another original photo 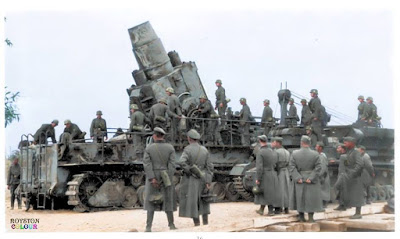 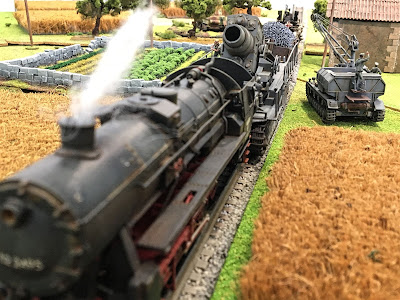 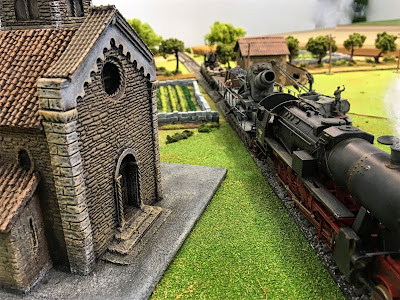 I took some pictures in a Italian scenario prepared by Ezio and Flavio. The idea is a short break for a military convoy that has to be refuelled 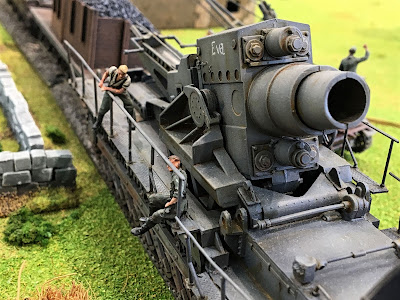 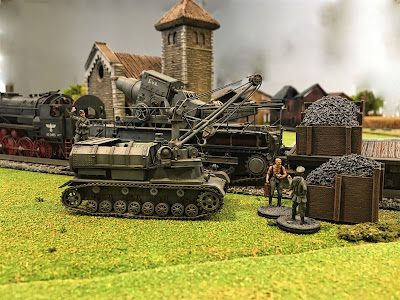 Unfortunately for railway gun the rise of the plane effectively ended their usefulness. Similar to battleships, they were massive, expensive, and, in the correct conditions, easily destroyed from the air