During the Italian lockdown, Studio Tomahawk published the second version of his rules system: Musket & Tomahawk.

In the past years I played with their first version and I found it very amazing. In the last weeks every times they can … Aurelian, Riccardo and Andrea played it … and they confirmed me the second release is fantastic. I played some battles with my son last month and I can confirm their opinion.

So … I decided to paint two army for two different periods: A French army for French-Indian wars and another of English for the AWI.

In the meanwhile Dadi e Piombo asked me another article for the next number of the magazine and a friend of mine decided to give me a WWII British Airborne started army … so now I have finished only to paint part of the English AWI army: the Hessian troops.
I bought a box of Warlord Hessian regiment and some plastic sprue to create two different command groups with the support of some jägers. 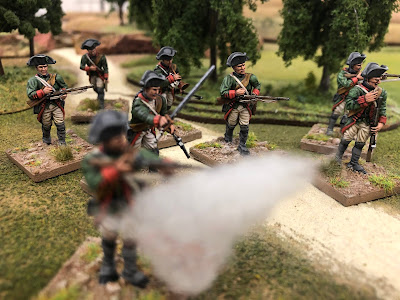 Part of the hessian forces were companies of jägers. These were recruited from woodsmen and armed with rifled muskets that have a greater accuracy than the smoothbore muskets carried by other infantry. 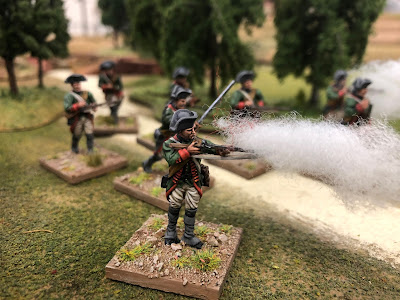 Generally the jägers served as individual companies on foot. I assembled them using the plastic sprue of the Warlord but to increase their poses I utilized some Victrix and Perry plastic parts 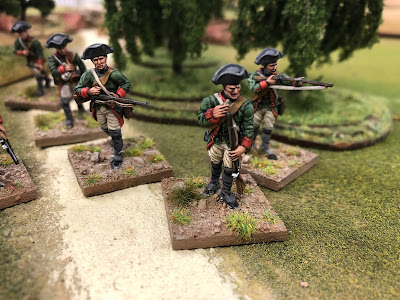 For the regular troops I decided to paint two regiments: Von Rall and Von Bose

The Hessians  served as auxiliaries in the British army during American Revolution. Great part of them came from two German states: Hesse-Kassel and Hesse Hanau and they took part to many of battles across North America.
The Hessian regiments were organised in the same way of the Prussian army. A typical infantry regiment was composed of five companies of musketeers or fusiliers and one of grenadiers.

Rall's Regiment was a regiment of grenadiers.

They arrived in America on August 15, 1776 and started to fight in the Long Island invasion twelve days later.  They fought at Chatterton's Hill, White Plains, Fort Wahington. 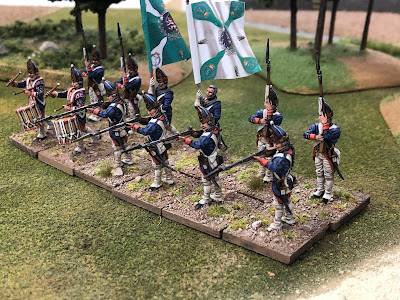 When the British and Hessian forces were sent into winter quarters, Colonel von Rall was given command of the troops at Trenton. On December 26, 1777 General Washington attacked Trenton and surprise cost to the Hessians 22 killed and 948  prisoners. 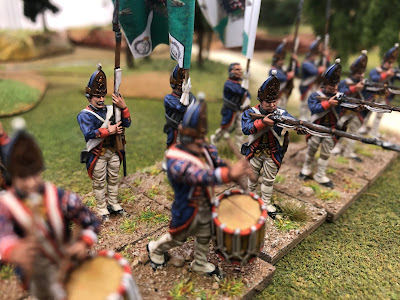 Their commander, the colonel Rall, was  mortally wounded during the battle. He was shot twice and he died during the night 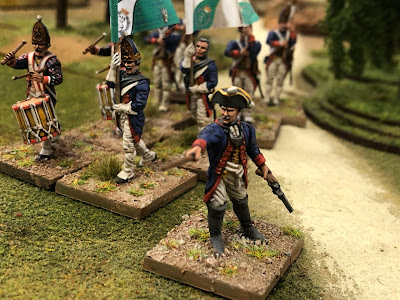 The regiment of musketeers I painted arrived in America in 1776 remaning in New York until October 1778. His original name was “Von Trümbach” … they changed name a couple of years later when Carl Von Bose became the regiment’s Commander. 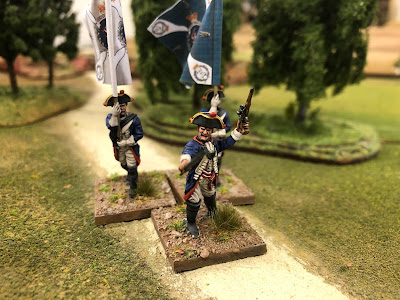 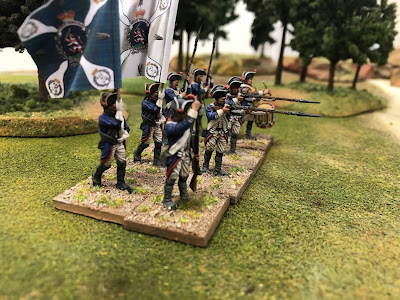 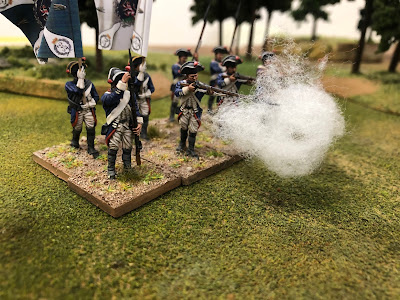