Last Saturday my mates played a new Napoleonic battle. This time they decided for Marengo.
It was fought on June 14, 1800 between French army under Napoleon Bonaparte and the Austrian forces. The battle set in my region ... in Piedmont ... north west of Italy.
The battlefield we prepared 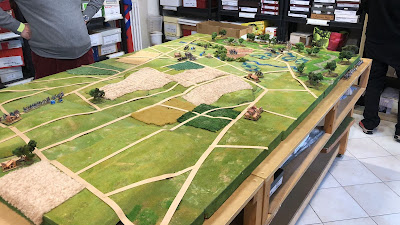 Surprised by the Austrian advance in mid-April 1800, Bonaparte was forced to reach Italy as soon as possible.
At the beginning of June, Bonaparte crossed the river Po defeating General Peter Karl Otto von Batorkez at Montebello but it was surprised by the enemy conter attack on June 14 near Marengo. 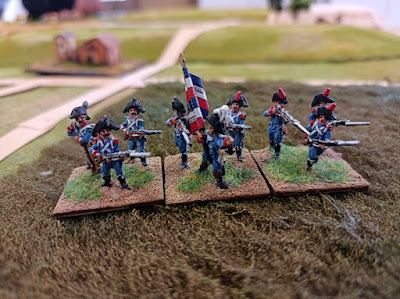 At 11.00 the assaults across the Fontanone stream (near Marengo) were repelled by French. Austrian commander revewed their efforts occupying Castel Ceriolo and advancing against French flank. By 2:30 the French were withdrawing and Austrian troops took Marengo.
Austrian's advance in our battle 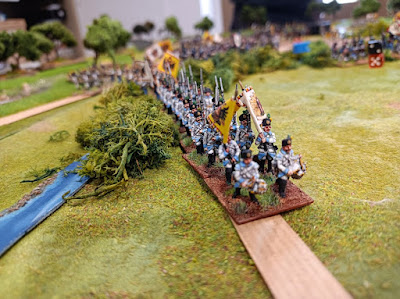 Bonaparte used his reserve but the French continued to fall back. 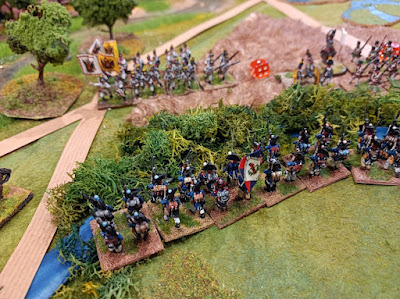 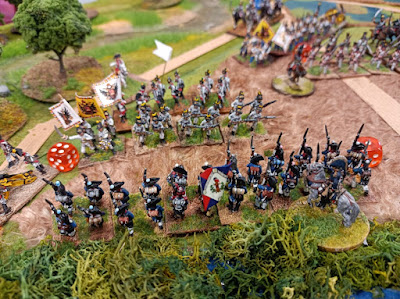 Knowing that French reinforcement were approacing with Generale Desaix, Bonaparte renewed his attack on the north.
Desaix's arrival aroung 5:30 stabilized the French position. 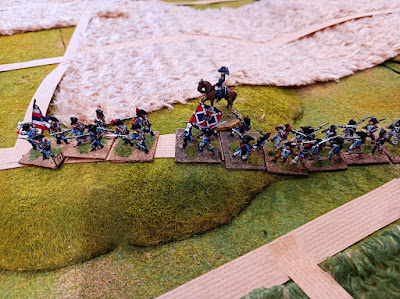 The story goes that, asked by Bonaparte what he thought of the situation, Generale Desaix replied "This battle is completely lost. However ther is time to win another"
Bonaparte did not agreed Desaix's idea so he continued the attacks. 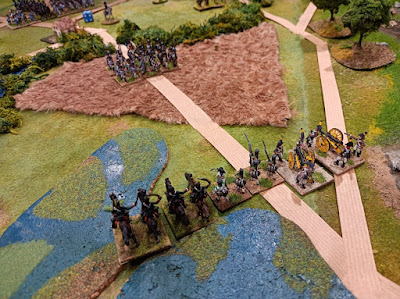 The 9th light infantry regiment delayed the Austrian advance down the main road while the rest of the army reformed new lines. The new troops concealed the Austrian attack forcing them to go back in disorder till Alessandria.
The victory secured Bonaparte's grip on power French administration.
In our game the history changed a bit ... The Austrian generals win. Desaix arrived but too far from the center and not able to make the difference as in the real battle
Pubblicato da Marco Ortalda a 6:15:00 PM