During the last two Saturdays Ezio and Alberto have decided to play the Battle of Guildford Court House using Black Powder rules. This battle was fought during the American Revolutionary war between the American and the British forces
It is not unusual that in the Club we play this period … we have a certain quantity of miniatures … but it is not usual that we play with these soldiers … 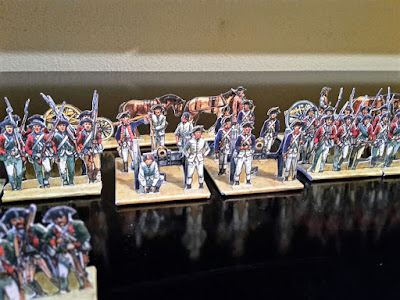 They are the “paper soldiers” created by Peter Dennis. Some months ago, Ezio and Alberto started their “cut and paste” work to be able to prepare the table below
The Revolutionary forces and … 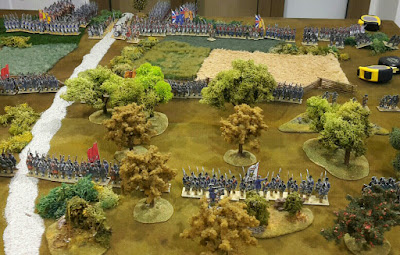 … the troops of His Majesty
The battle of Guildford Court House was fought on March 15, 1781 between a 2,100 man British force under the command of Lieutenant General Charles Cornwallis and Major General Nathanael Greene’s 4,000 Americans
I've tryed in the lines below to write a kind of battle report

The British regiments that are arriving on the field … 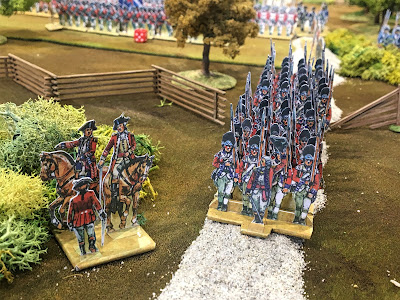 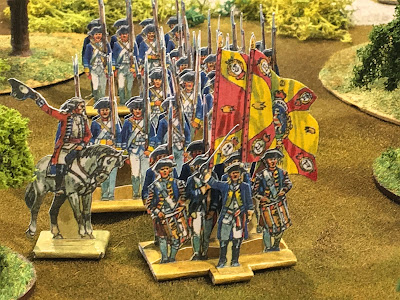 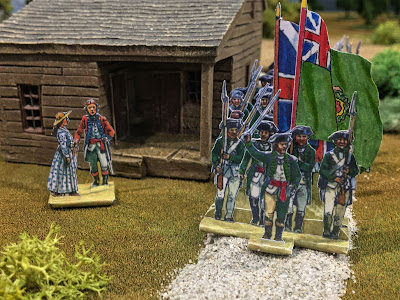 … and then they take position 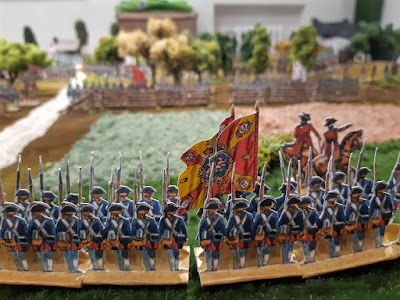 The English commanders, Webster and Leslie, start their attack and … 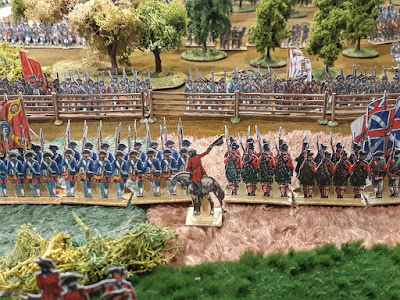 … the revolutionary troops are forced to move back into the wood 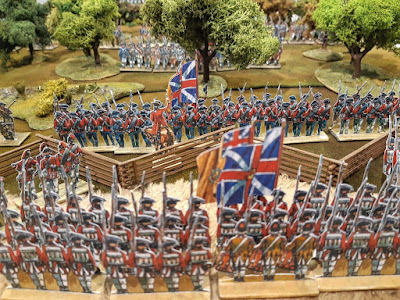 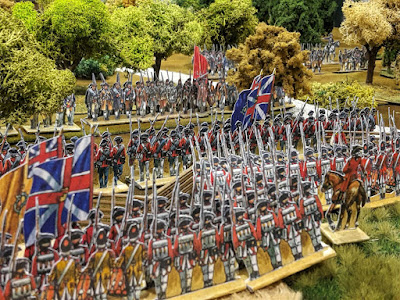 On the flanks, the American skirmishers try to slow down the advance but … 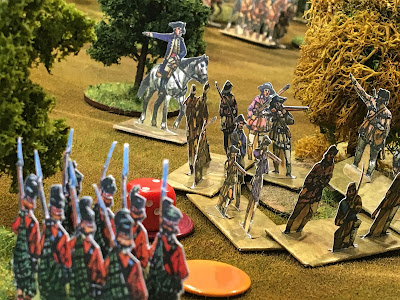 ... the Royal cavalry contrasting them 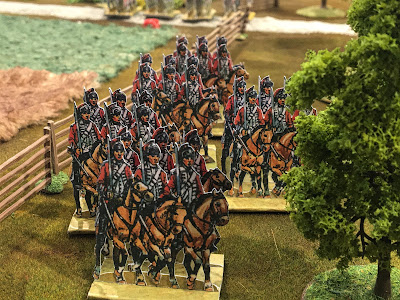 The American Commander decided to launch two brigades into the struggle 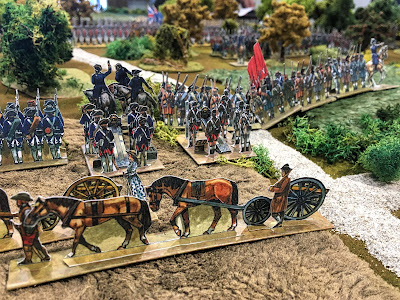 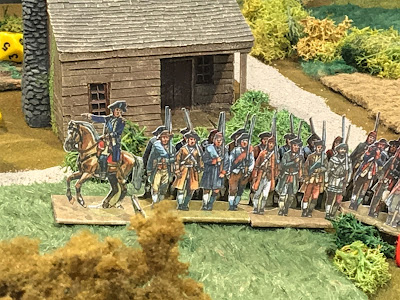 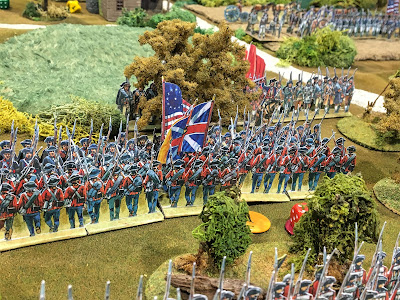 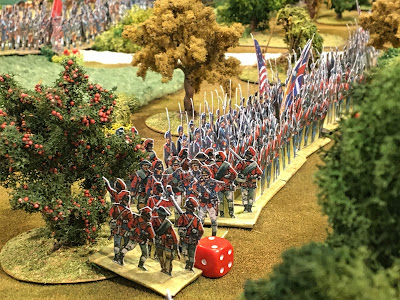 At the end the Royal Army win the battle