Introduction - June 16, 1815
At midday in a four houses village called Quatre-Bras begins the clash between the left wing of the Armée du Nord under the command of Marshal Ney and the weak  Prince  Orange Dutch forces ... 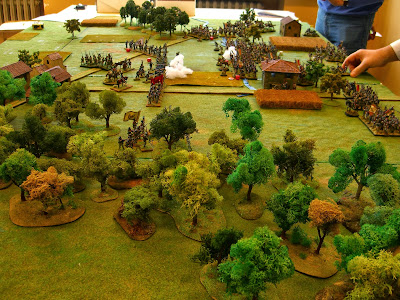 A thin line of Dutch troops under the command of General Perponcher tries to stop the French II Corps. Meanwhile in the Bossu forest the Prince of Orange harangues the 28th Nassau to hold the line.

Turn 2
The French press on the Belgian-Dutch units. On the Allies left the 8th Belgian militia brigade stubbornly  (and surprisingly ) resists against two French columns.  Wellington reaches the battlefield. 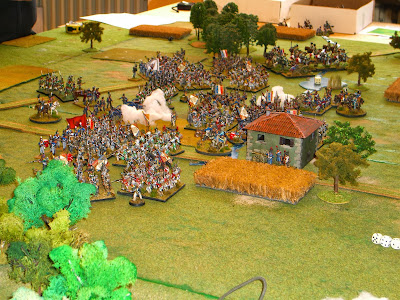 Picton, Brunswick and Merlens units join to the battle 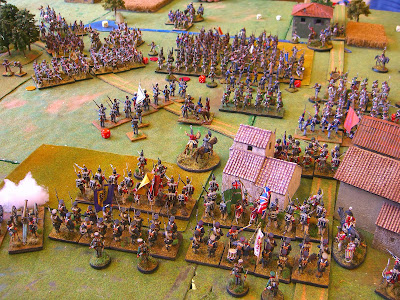 Turns 3 and 4
On the French left Kellerman and D'Hurbal lead the 3rd  cavalry regiment around Bossu wood. Meanwhile, on the right, the 5th lancers destroy one of the two Merlen light cavalry regiments 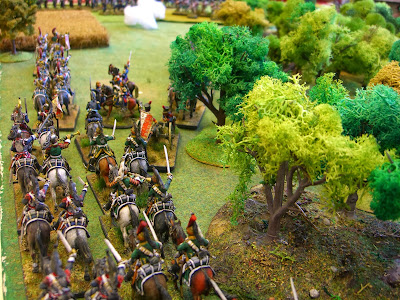 The battle continues: the French press the left Allies side. On the right the English guard regiments, under the command of Cook, enter slowly. 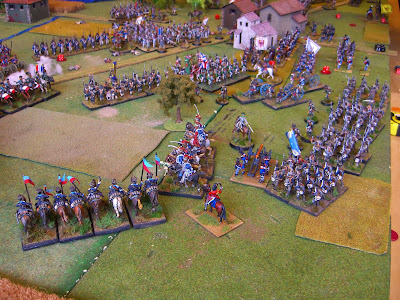 Turn 7
The French II Corps continues its pressure. At the center Foy and his 9th  Division are forced to fall back and the 2nd Division leads by Bachelu reaches the French main objective, Quatre-Bras crossroad,  forcing the English to retreat. 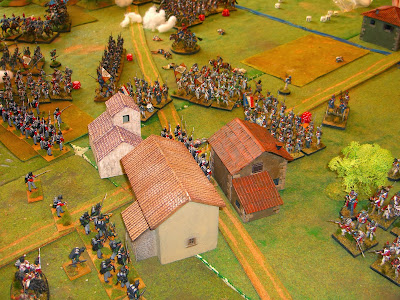 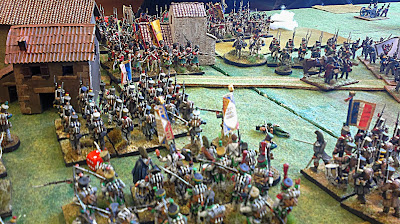 At the center the Hannoverian troops repulse back Bachelu infantry and regain the crossroad while on the French left  Kellerman crash his cavalry regiments against the Guard squares. 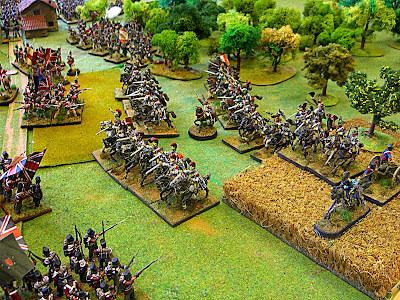 Historical differences:
In the real battle, the Duke of Brunswick died during a cavalry charge leading his Uhlans. In the game the Duke of Brunswick decides not to join to Uhlans charge. Consider that the Brunswick’s cavalry destroys a French lancer unit during the 7th turn;
During the early stages of the battle , Marshal Ney, to terrorize the Belgian-Dutch line , concentrates 22 guns directly against them. In this game this action is decided by French commanders during  the 5th turn but against the Brunswick and Merlen troops to slow their joint to the battle ;
The Prince of Orange during battle has not shown great tactical skills. In the game the Young Frog role is quite different: initially he holds his Nassau in the Bossu wood delaying Bachelu forces then, keeping the line, pull back them till  English guard lines;
In the real battle , the French will not be able to get close to Quatre -Bras , but will be blocked by the arrival of Brunswick and Picton divisions. In the game , only for a brief turn, the French conquests Quatre Bras crossroad and then they was driven back by 42nd highlander;
Finally Kellerman. On June 16, 1815 he'll receive from a frantic Nay the order to keep the pressure on Allies, leading his one available cuirassier brigade he tries to break Wellington's line. In the game Kellerman and D'Hurban try to outflank English forces but they are stopped by Guard's squares. 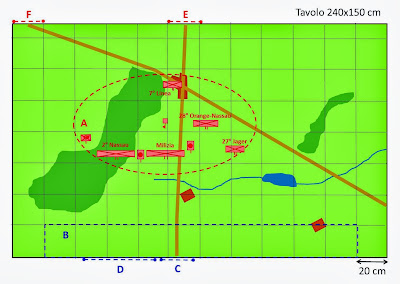