In January 1810, the city of Cádiz is besieged by French troops of Marshal Soult's I Corps. To break the siege an Allies expeditionary force sails south from Cádiz to Tarifa, and moves to engage the siege lines from the rear. The overall command is given by Spanish general La Peña. After a brief fight La Peña divides  his forces leaving the Anglo-Portuguese division, leaded by the English general  Liutenant General  Graham, to defend his rear and right flank. Two French divisions, under the commands of Generals Ruffin and Leval are coming …

Important note we downloaded this scenario from another wargamer's site >>> http://www.rafaelpardoalmudi.com/index.html
while miniatures are all painted and prepared by another "La Piccola Armata wargame club" member.

Wheatley's division advances in column march through the wood. Spaniards are deploying on the right 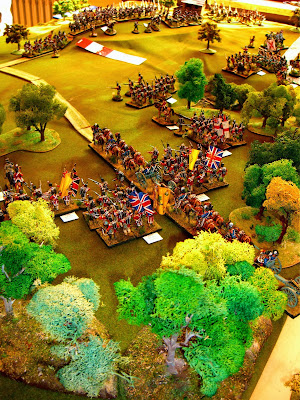 On the right, Leval’s division attacks the English that are advancing through the wood. The 28th and  the 67th deployed in line at the wood margin stop Leval’s division helped by the concentrate fire of two gun batteries. 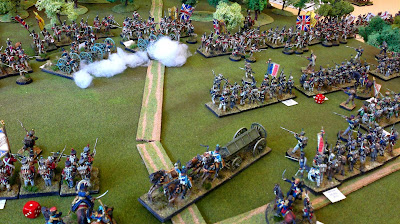 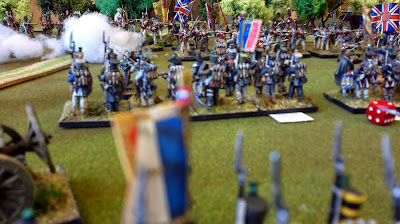 On the left Spanish troops are hit by French dragoons. The deploy of Spanish reinforcement is slow and the line of battle is kept by Dilkes division and his Guards 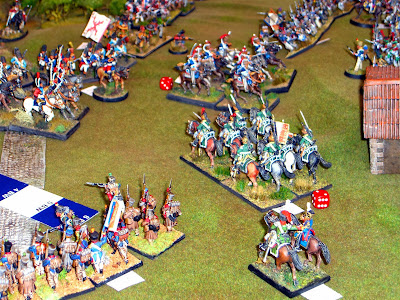 Leval continues to press but English hold the line 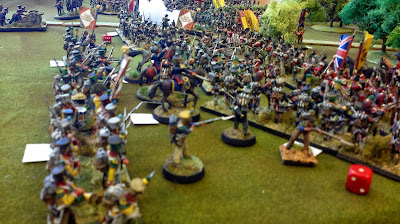 Ruffin moves all  his brigades directly against Anglo-Spanish troops only to see them blocked and repulsed by them. 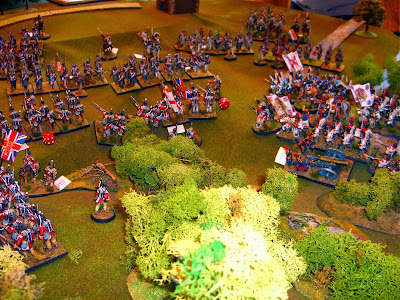 Historical differences
In the real battle Graham ordered Browne to use his  battalion of 536 men to advance up the slope of the Barrosa Ridge against the 4,000 men and artillery of Ruffin's division. In the game Ruffin's brigates take the initiative trying to break Anglo-Spanish right side;
In the real battle no Spaniard tooks part of Barrosa ridge attack;
Dilkes brigates moved on the right against Ruffin’s position exactly as in our game but  in the real fight they are intercepted during movement by Leval’s division creating a great confusion;
In our game batteries gun on the English left block Leval’s advance. In the real battle Major Duncan and his ten cannons support the English skirmish line avoiding they destruction by French.
Pubblicato da Marco Ortalda a 7:43:00 AM