War of the roses

Last summer, during one my usual “visit” to my favorite miniatures shop, Goblin Torino,  I saw some War of the Roses Perry boxes. The miniatures have excellent poses and they are in plastic … the material I prefer.  So I decided to buy three boxes: two war of the roses and one of mercenaries.

It was the first time I painted war of the roses and, so, I bought some Osprey publications to be sure of choosing the correct colors schemes for the different liveries.

I concentrated my attention on the first period of English civil war 1455-1461. The period that ending with one of the bloodiest battles of the war: Towton.

Two weeks ago I played with Saga rules: the tomahawk studios wargame. There are no official Saga armies for those battles and, currently, I’m the only club member with the war of the roses miniatures but I designed my “warbands” using this game system


Twelve Yorkish archers with their warriors 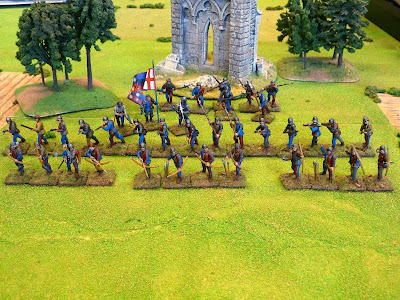 The first struggle of the war can be considered the fist St Albans battle. It was a Yorkish victory even if Edward IV had around 7,000 men against the 2,000 Lancastrian troops. 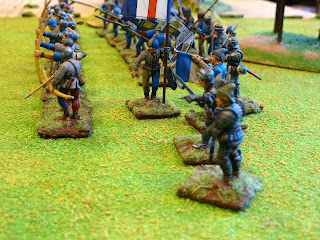 Other pictures of the two armies 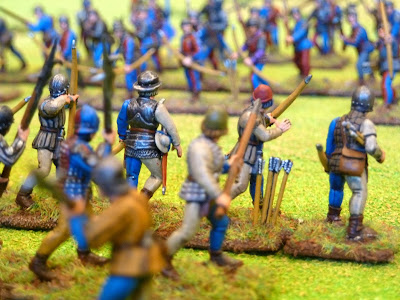 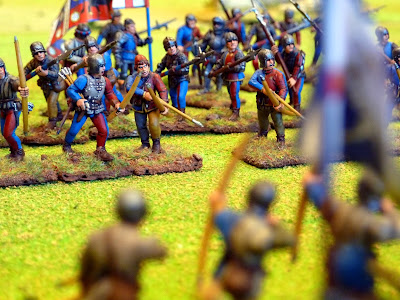 And finally  a particular of the two command groups 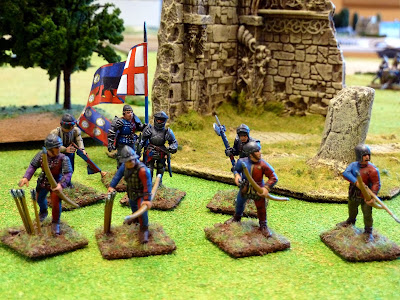 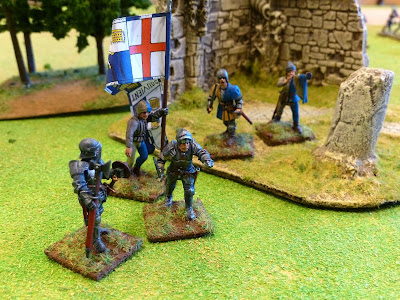 I prepared two contingents of allies.
The first was a group of Earl of Northumberland men 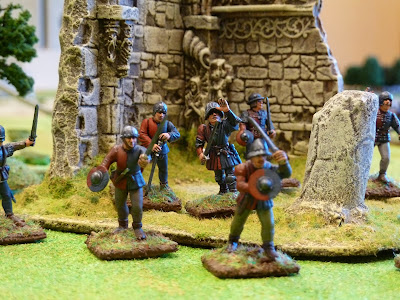 and a group of Warwick troops 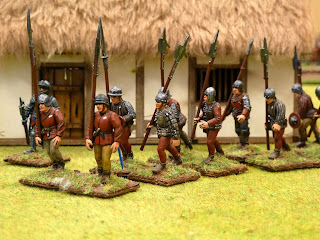 And finally an half dozen of men at arms in action 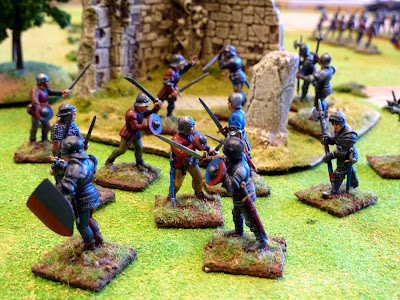