Last week I finally finished all my French officers and so I took some pictures.
A  French mounted colonel 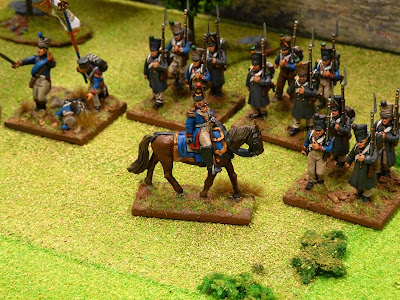 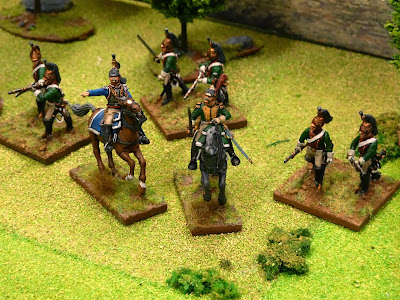 On the left a Carbineer and, of course, on the center a Dragoon. The cavalry suffered more than other corps for the loss of experienced aristocratic officer due to revolutionary purges. Napoleon worked very hard to recreate new officer staff dividing the cavalry in two different group: heavy (ie carbineers and cuirassiers) and light (ie dragoon). In the picture above there are a 10th  Carbineer Regiment and a 22nd Dragoon Regiment commanders

An Old Guard captain. This Corps was composed by veterans who had served three to five campaigns in Napoleon's army. 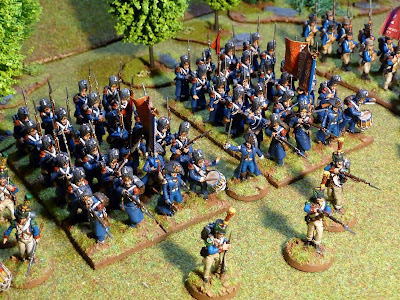 I painted an half dozen of officers, someone on foot and other mounted. But the pieces I prefer are the models below.
It is mainly a group of Perry miniatures. The originals are below:

A changed a bit the structure and so I created two different commands: a CiC with Napoleon and second with General Drouot.

The first is compsed by Drouot, an hussar ADC with 1815 uniform and a major 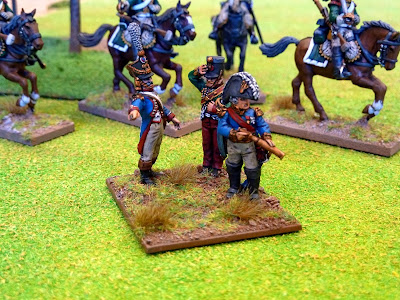 The second base is the CiC: Napoleon, the bravest of the brave Marshall Ney, Marshall Soult, and  Colonel Gourgaud 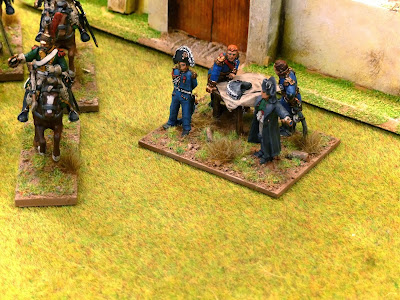 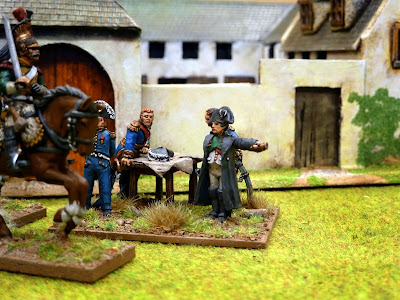