On April 12 and 13 my club ("La piccola armata") organized the annual Dbmm tournement. Unfortunately I could not be one of the partecipants but I took some pictures and I had the opportunity to know some other Dbmm players.

All the tournement details (ie rank, players, armies) can be find at the following address:
> http://www.lapiccolaarmata.it/
or
> http://www.tagmata.it/ 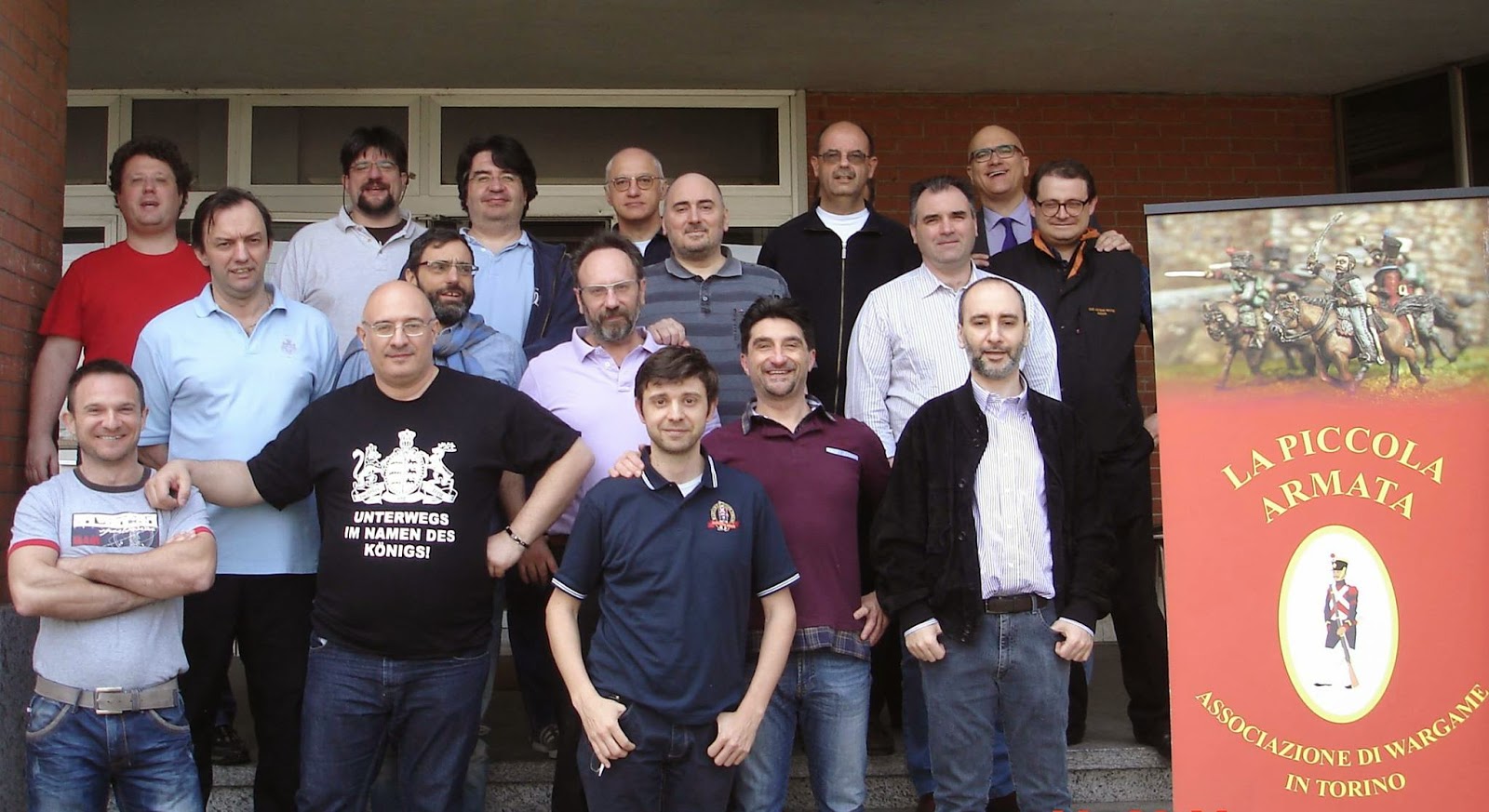 A quick overview of the different tables 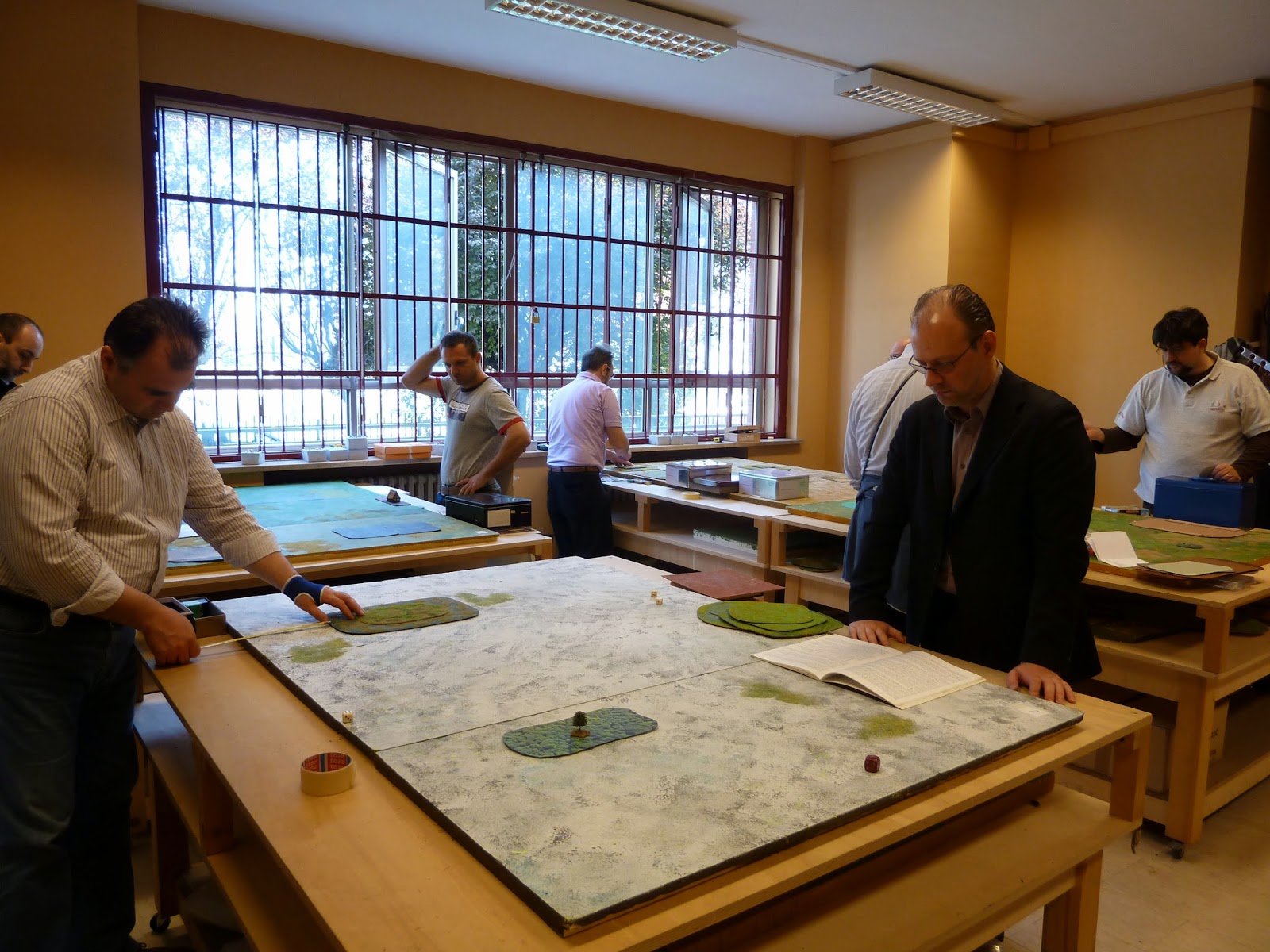 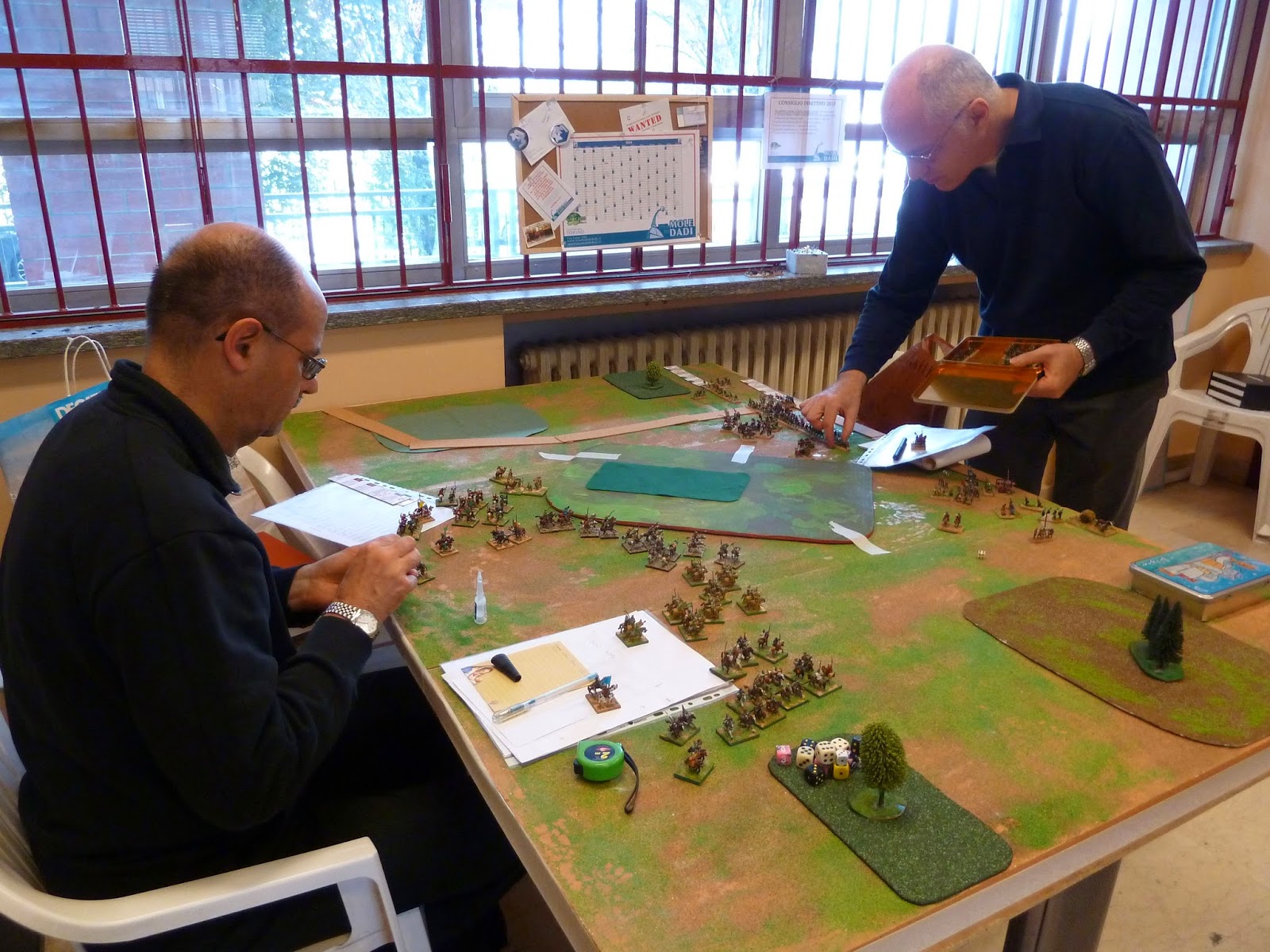 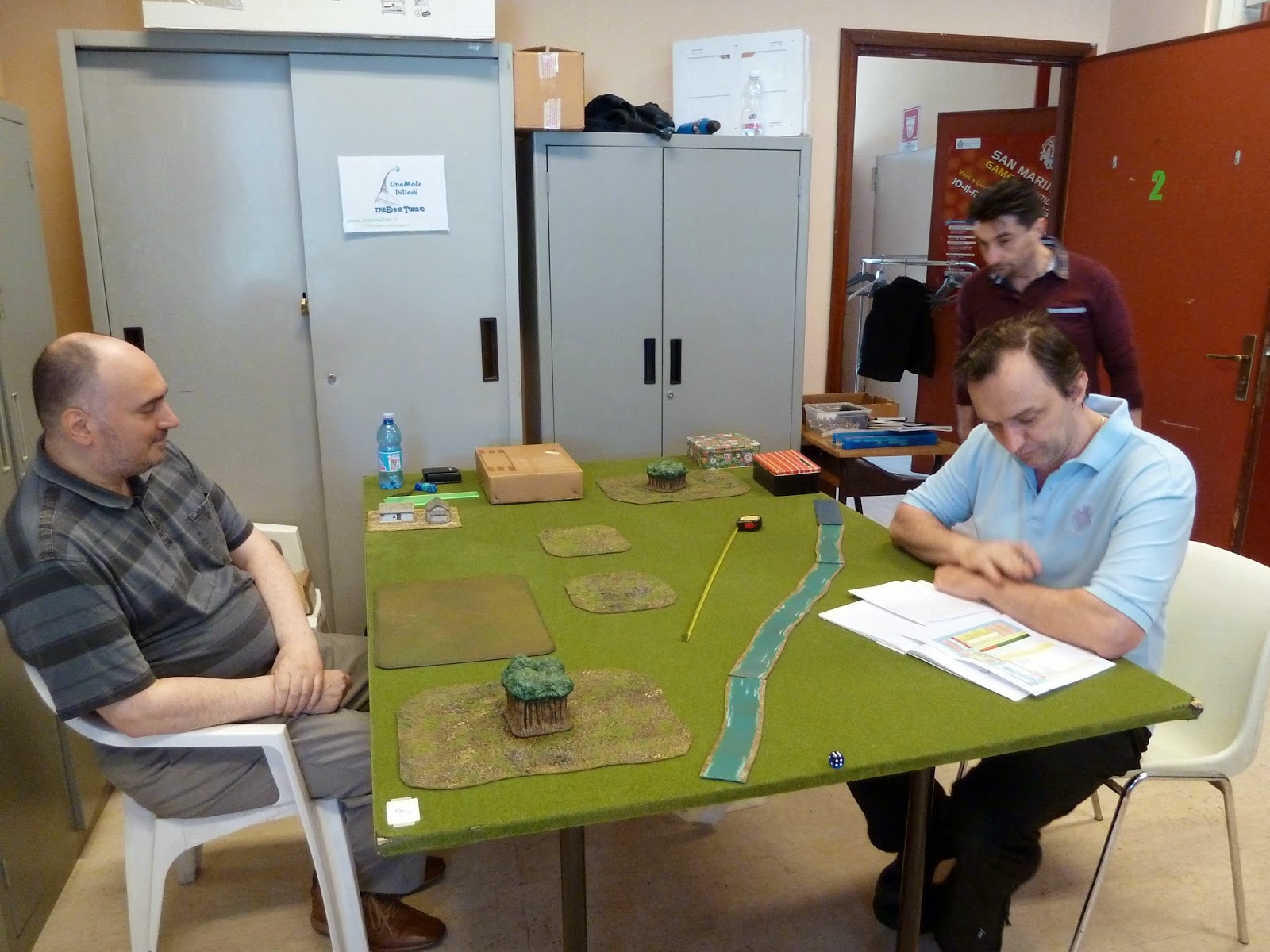 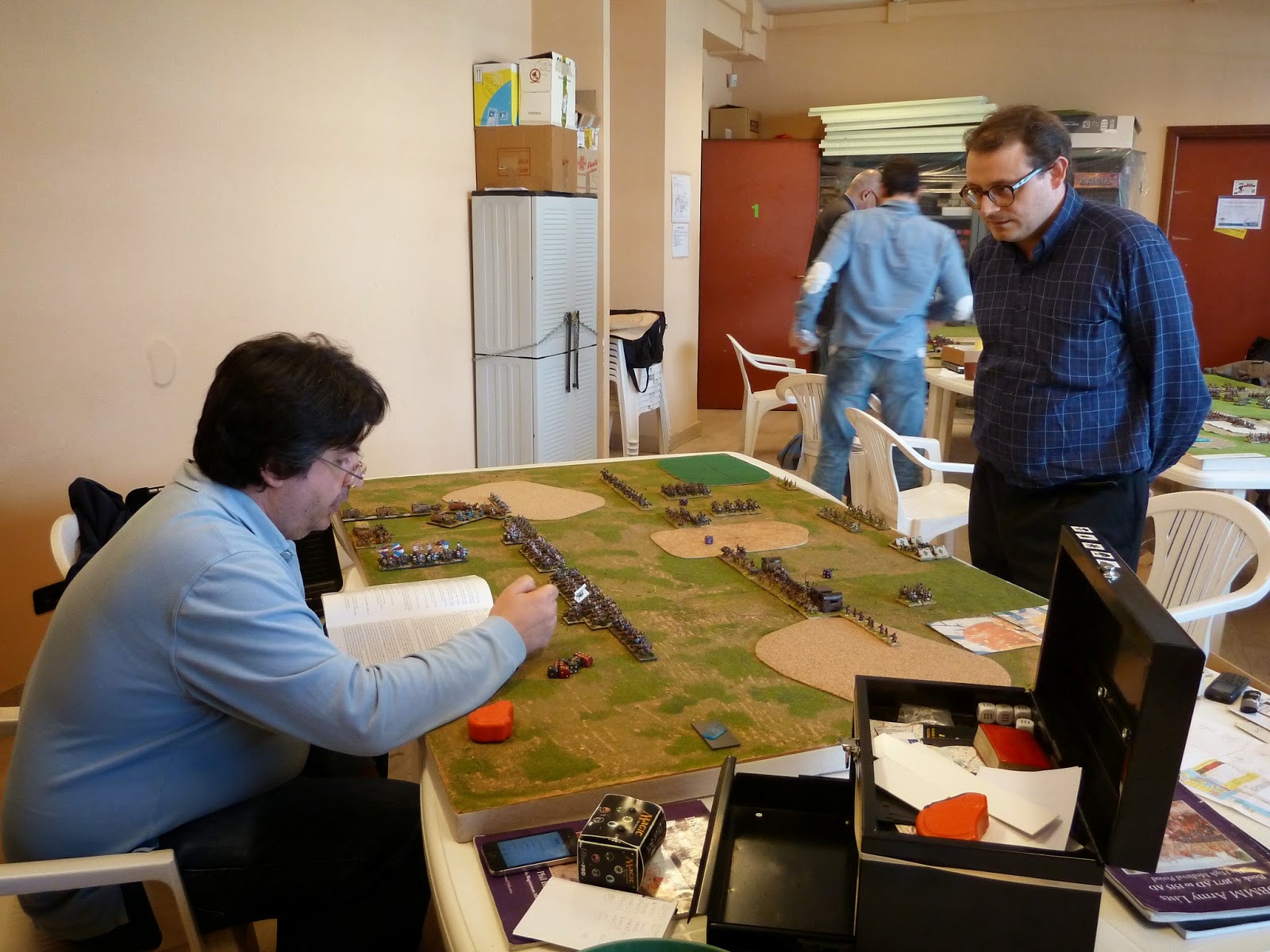 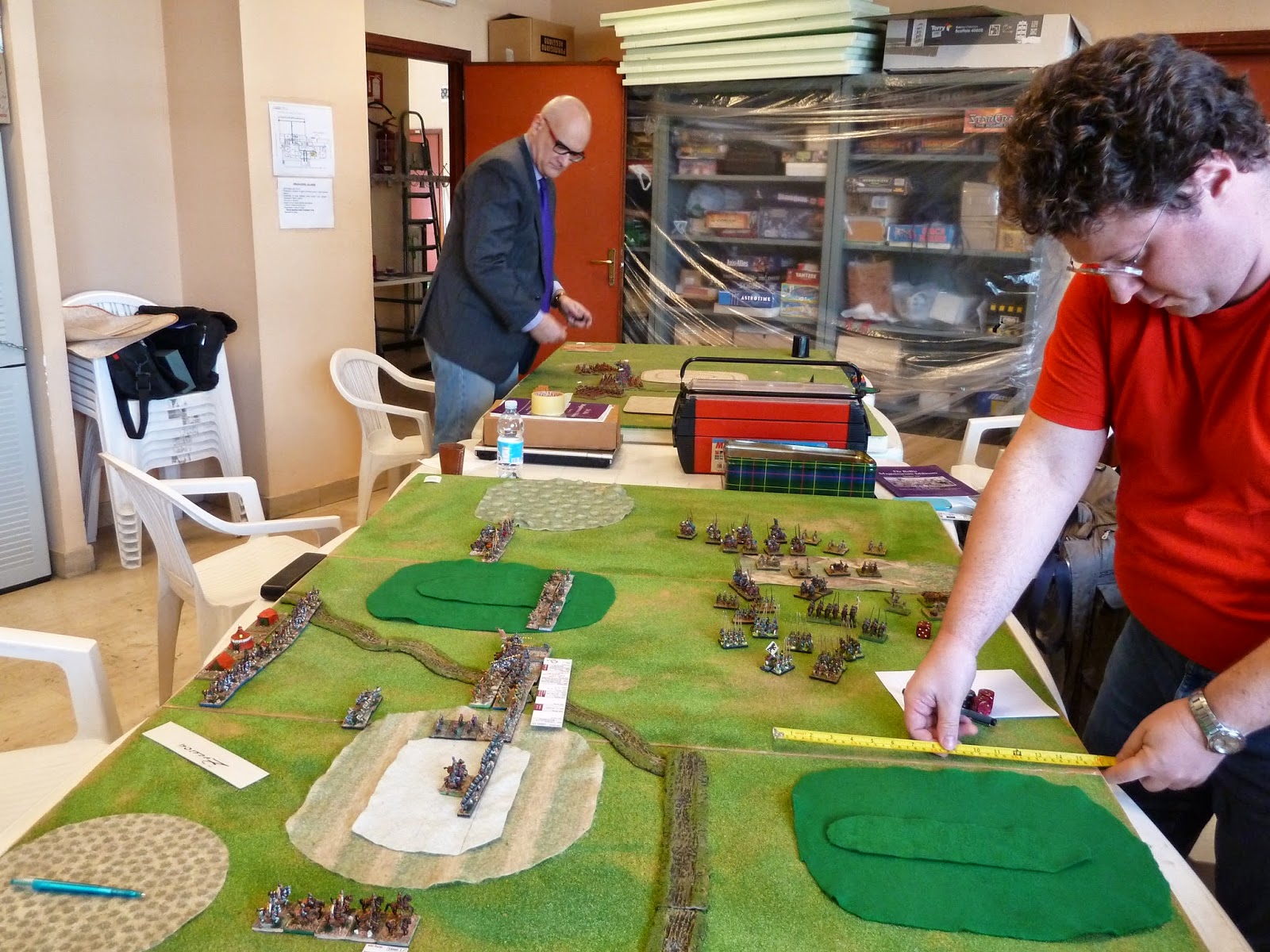 As it is possible to see above. The tables and, consequently, the struggles were many. I concentrated my attention on two of them:
- Ming chinese vs Later Swiss 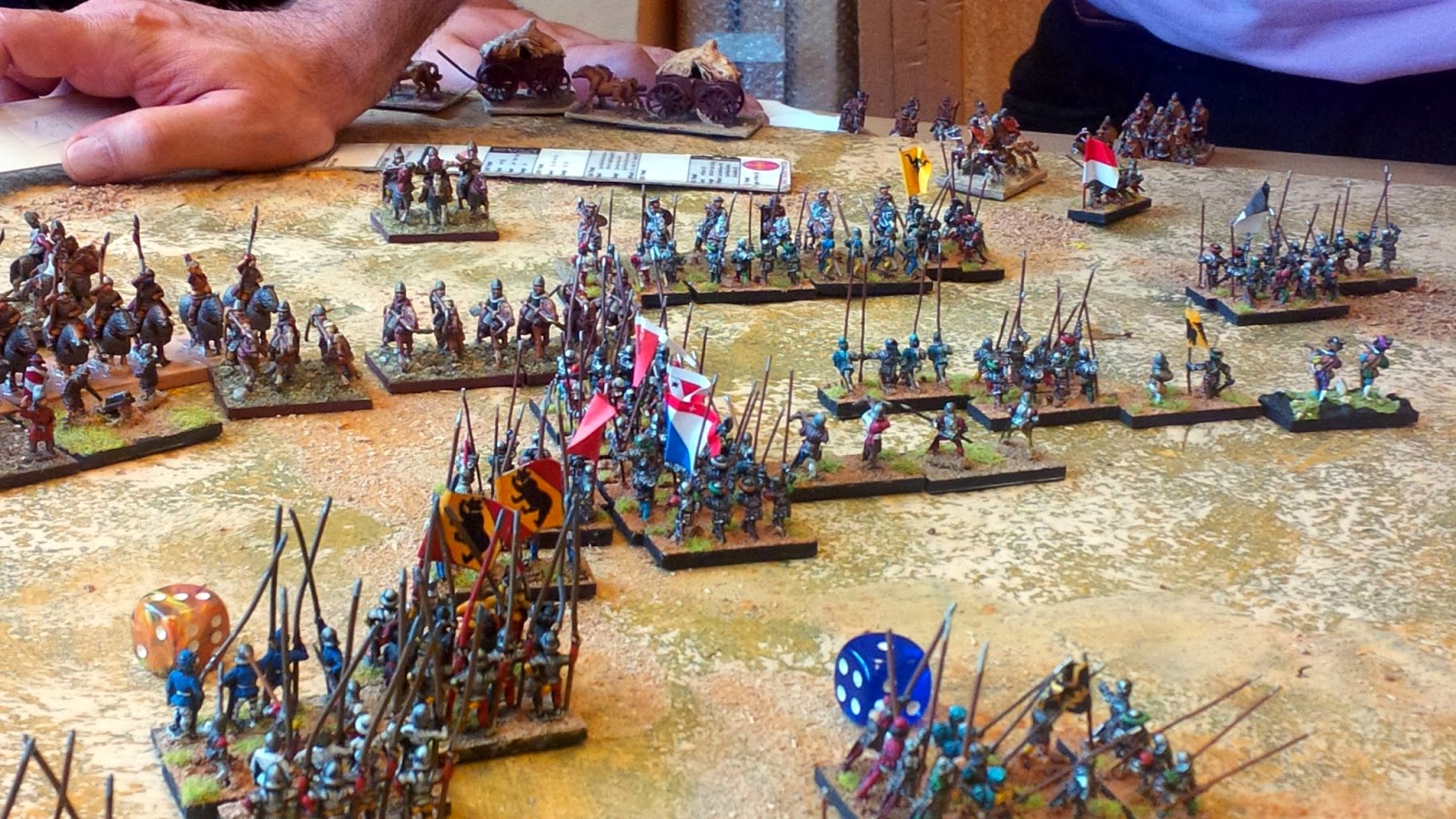 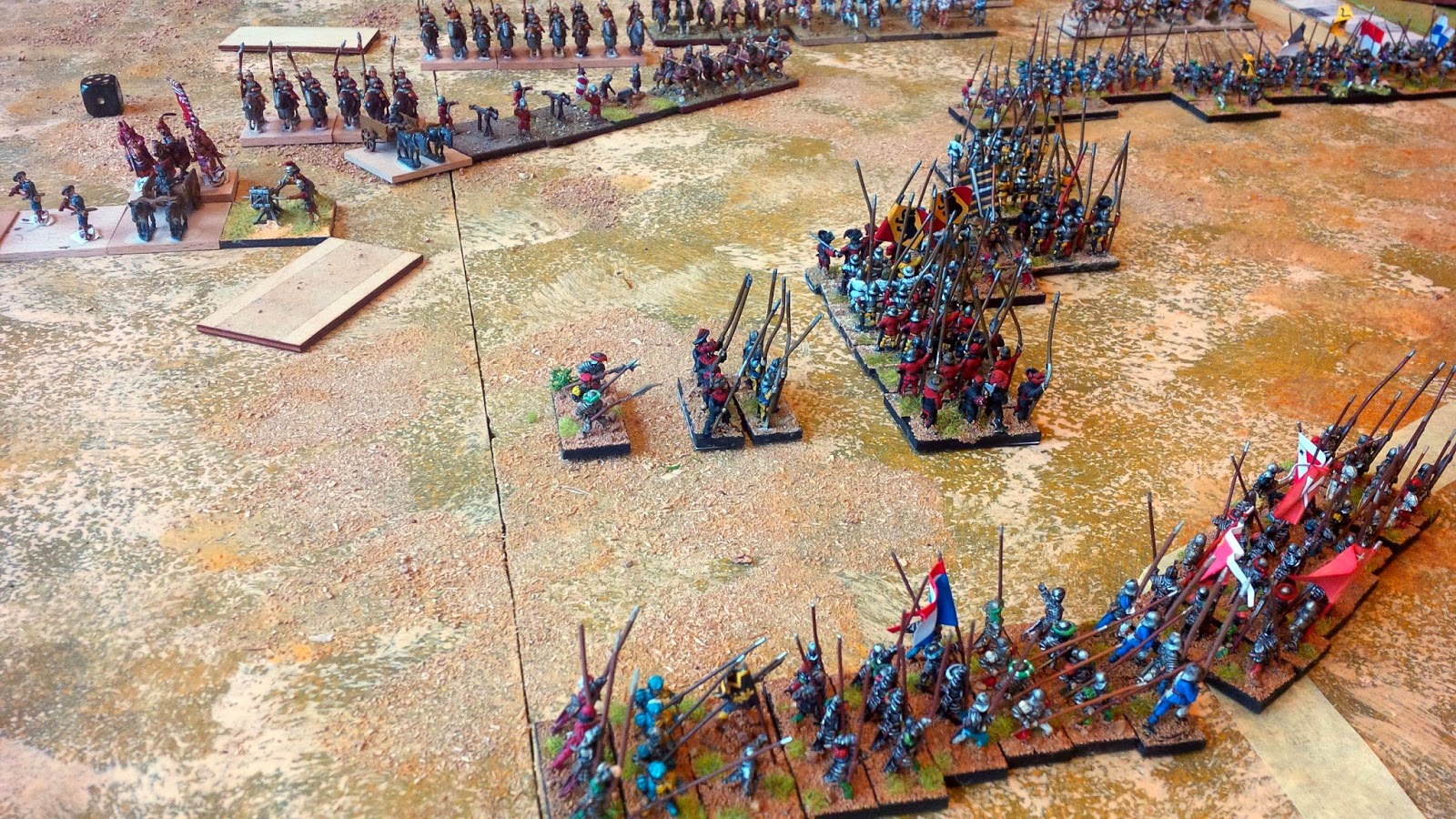 The battle was for all the time a pursuit by the Swiss army while the Chinese continued to hit the enemy with their artillery. At the end the Swiss reached the enemy but they lost the camp. 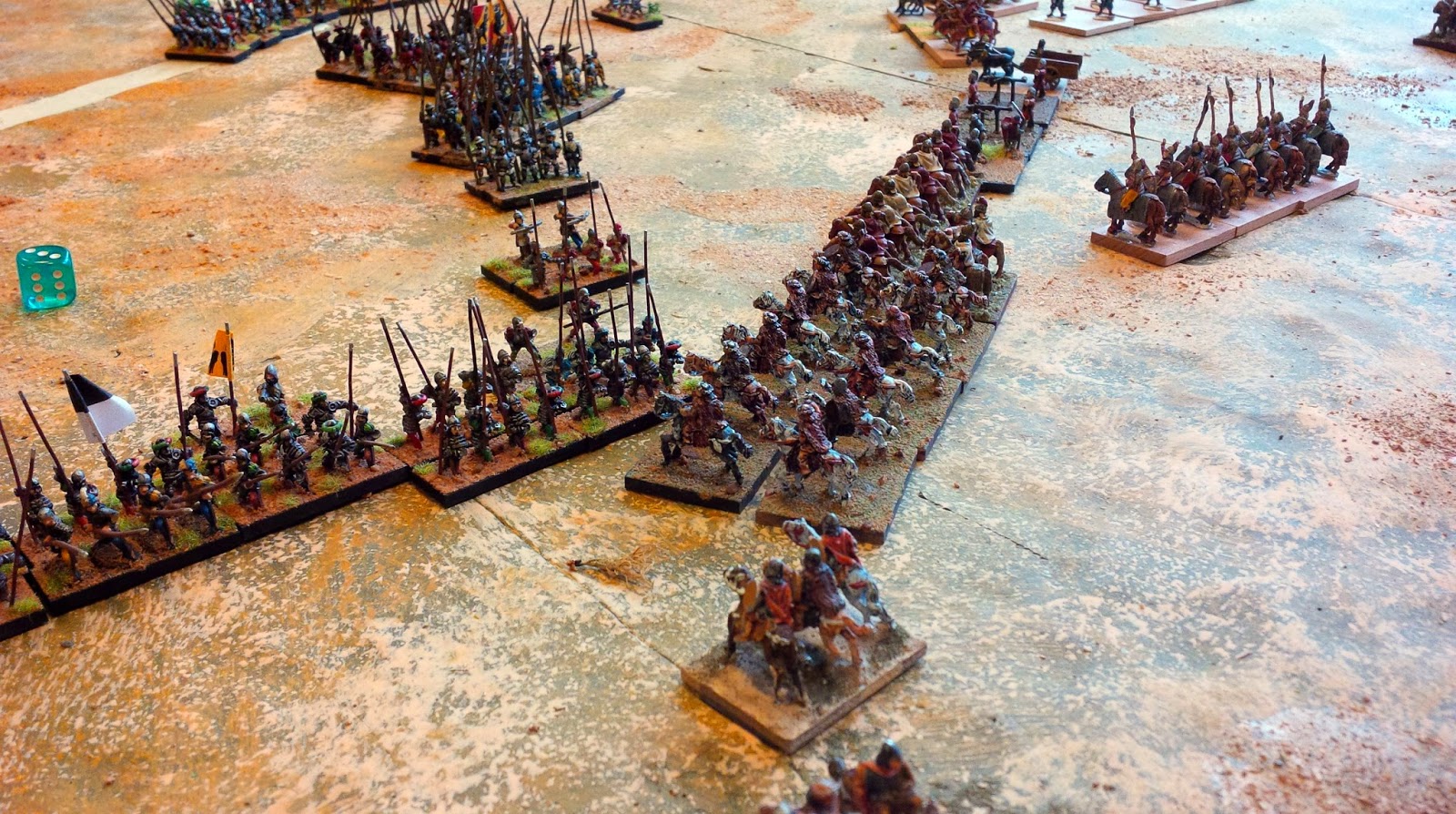 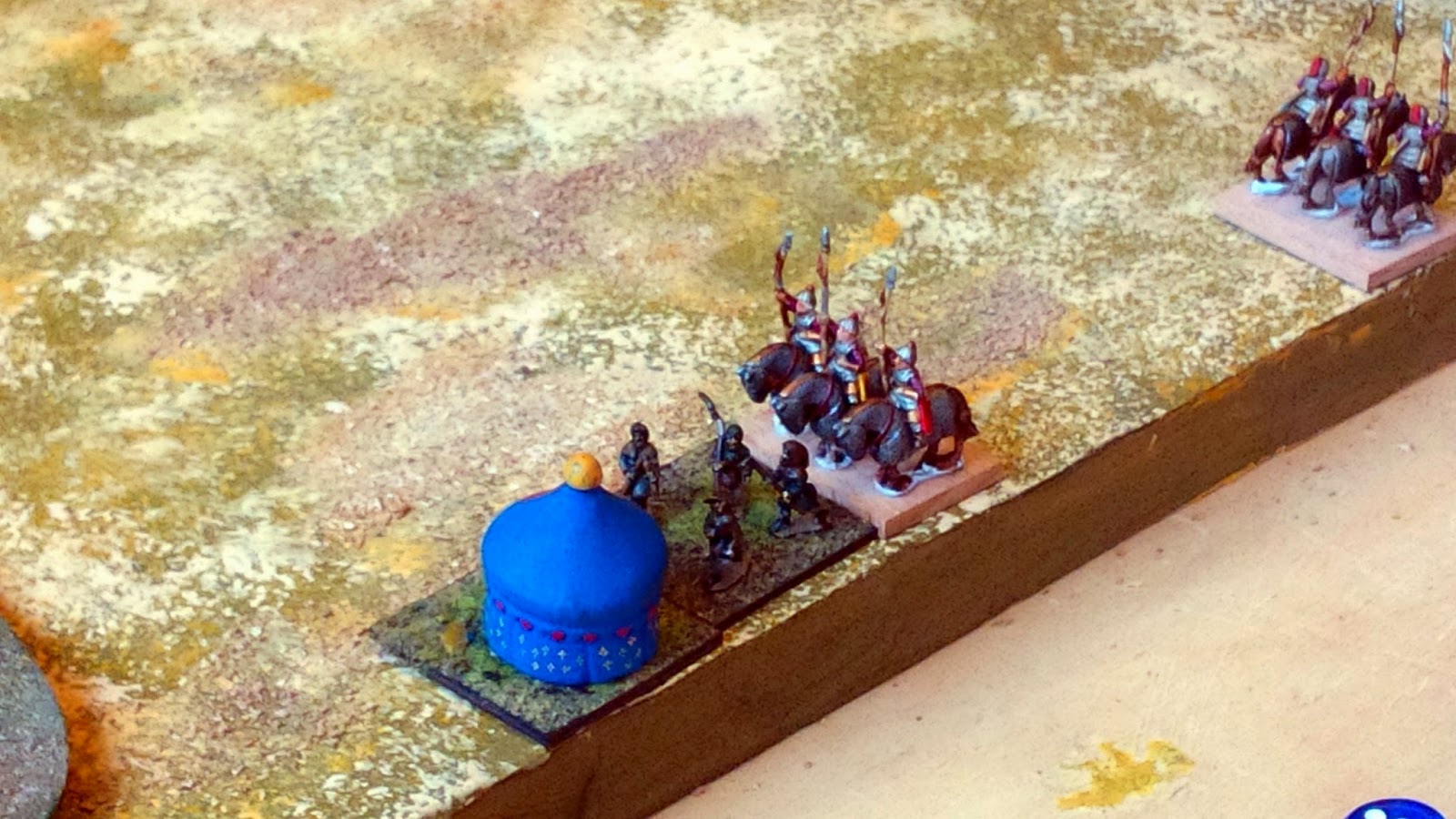 - Ottoman vs Siamese
An overview of the initial movements 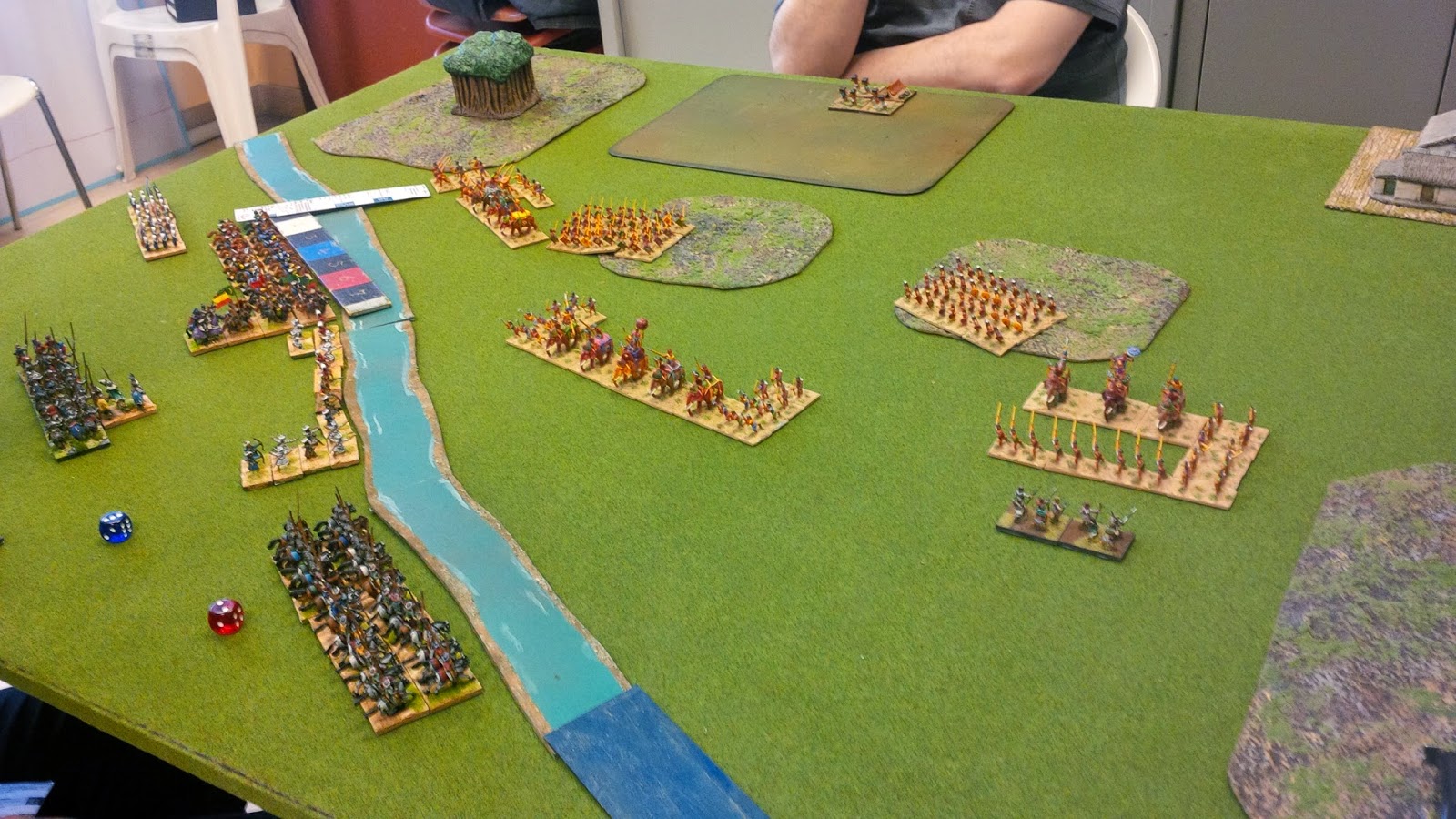 the main struggle took place on the Ottoman right flank 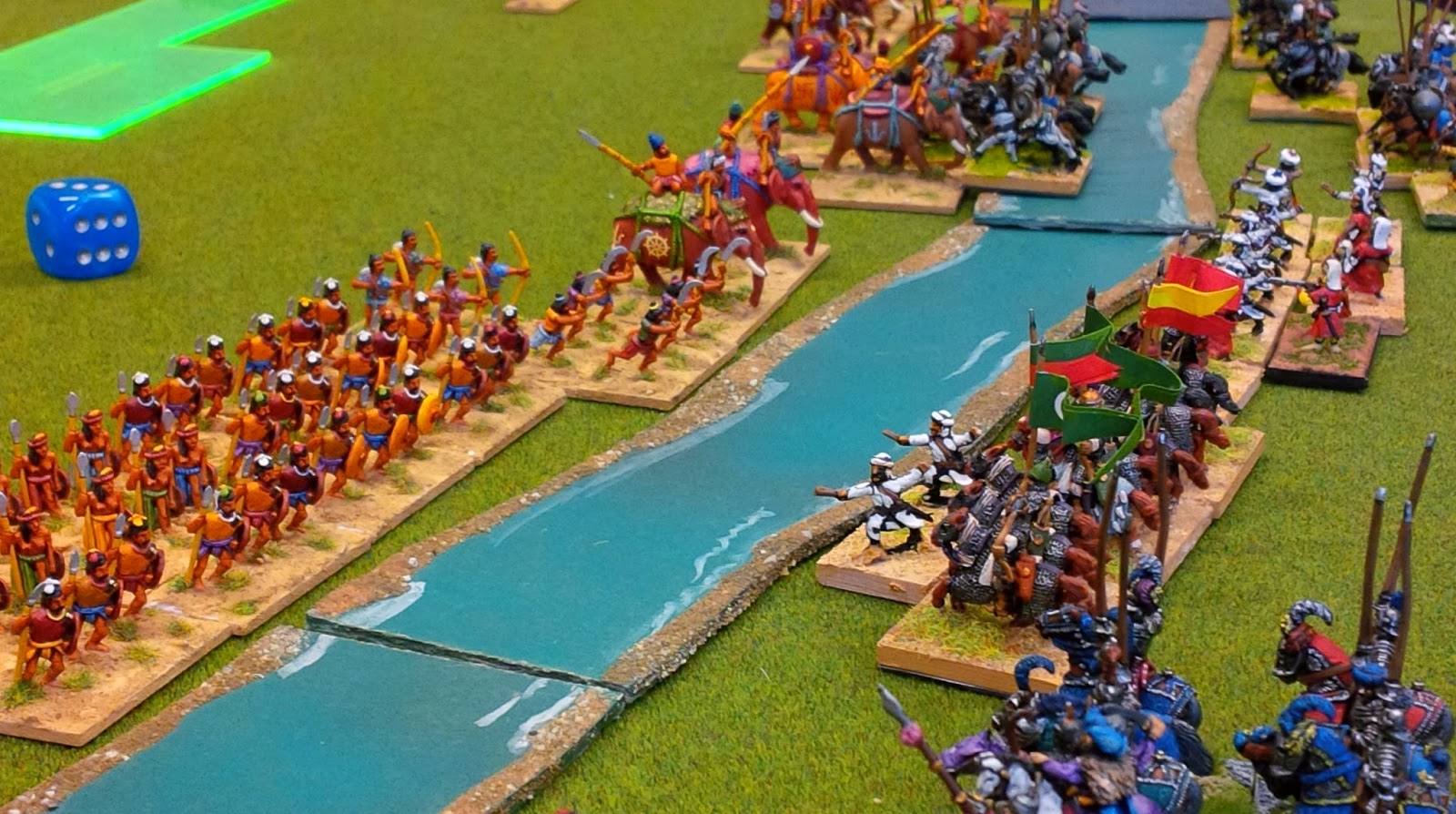 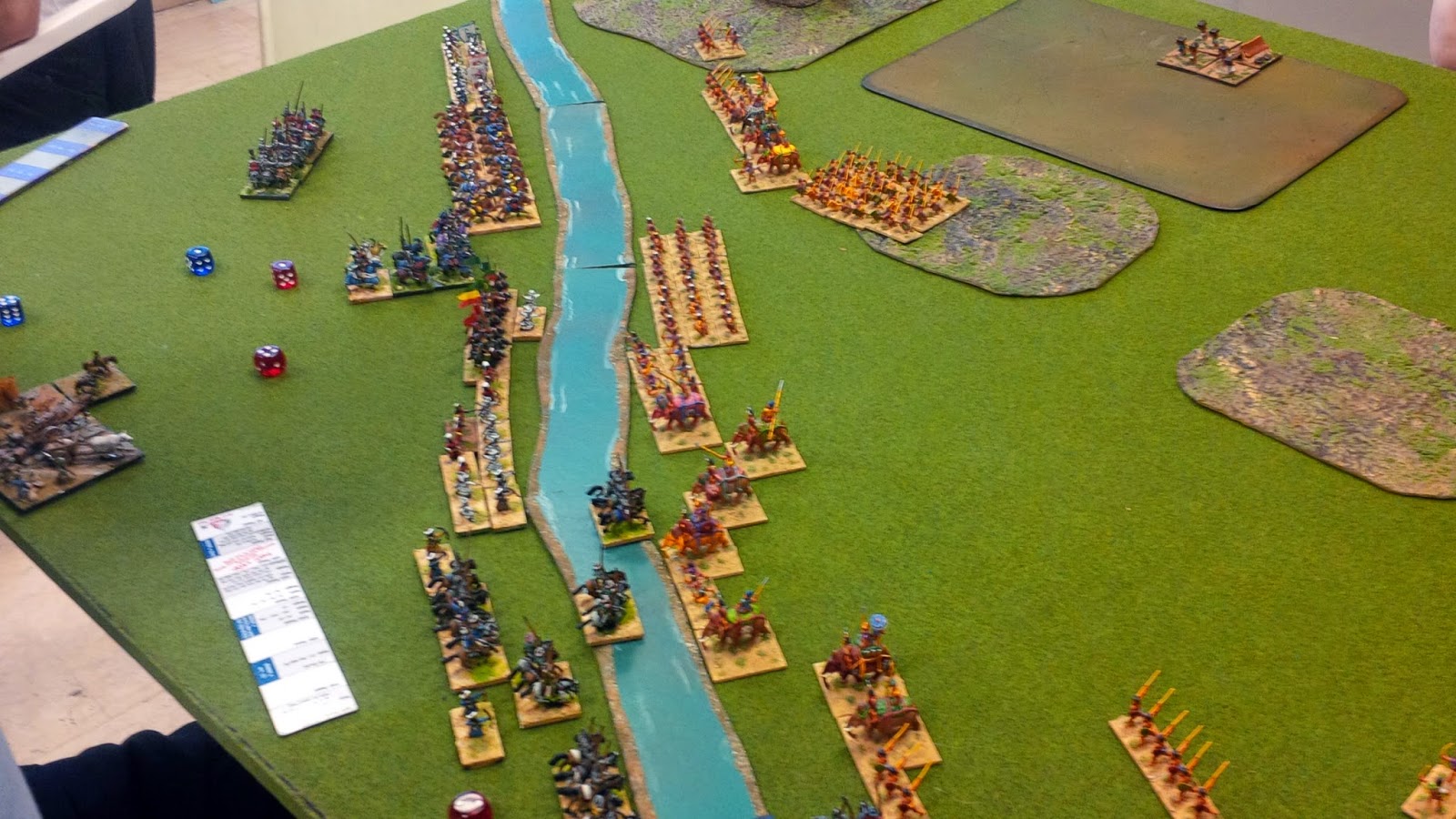 At the end the battle was substantially a draw even if the two players decided to continue the fight after the regular time. 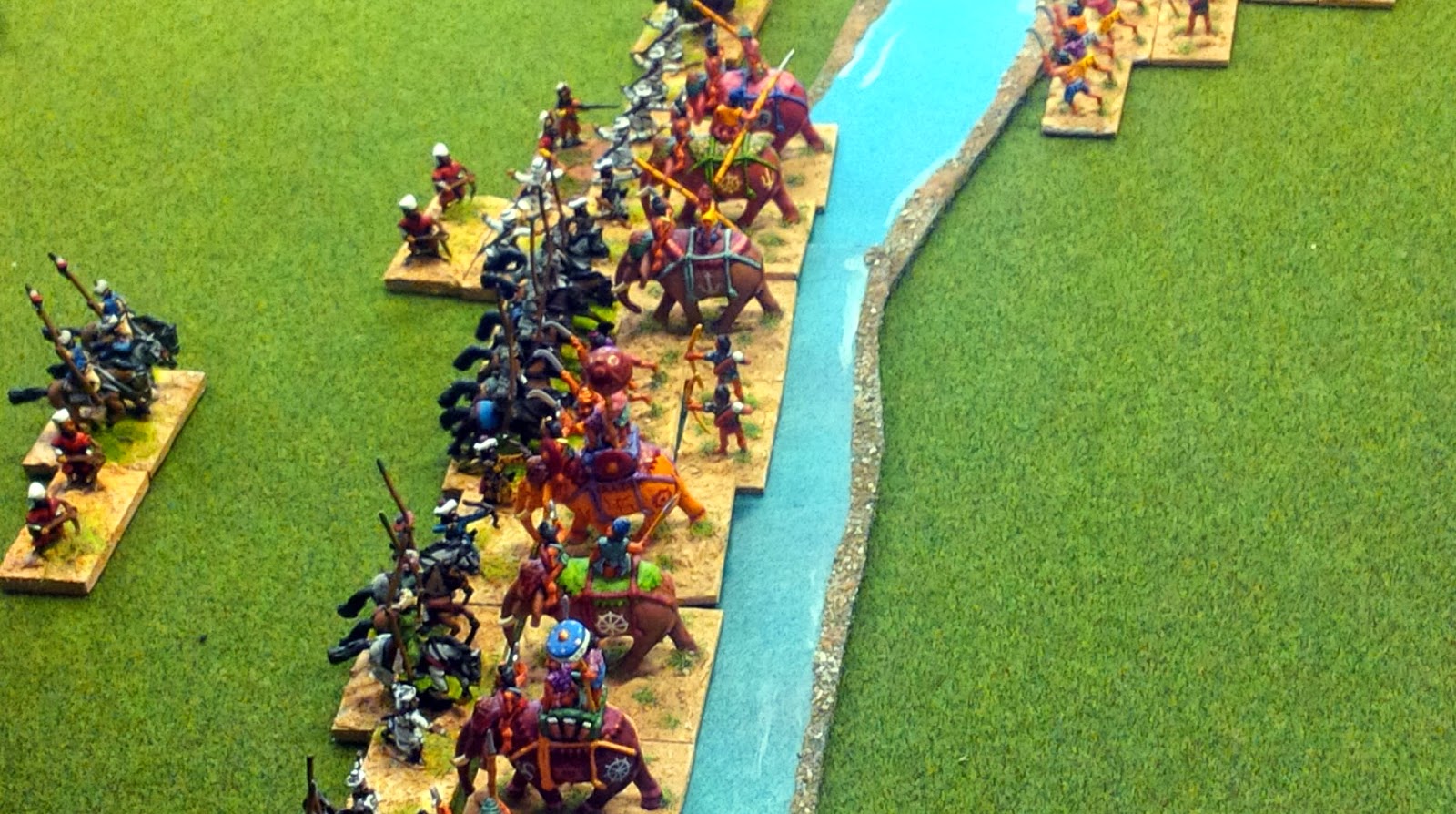 And finally the awards painted by one of the best painters of the club: Flavio 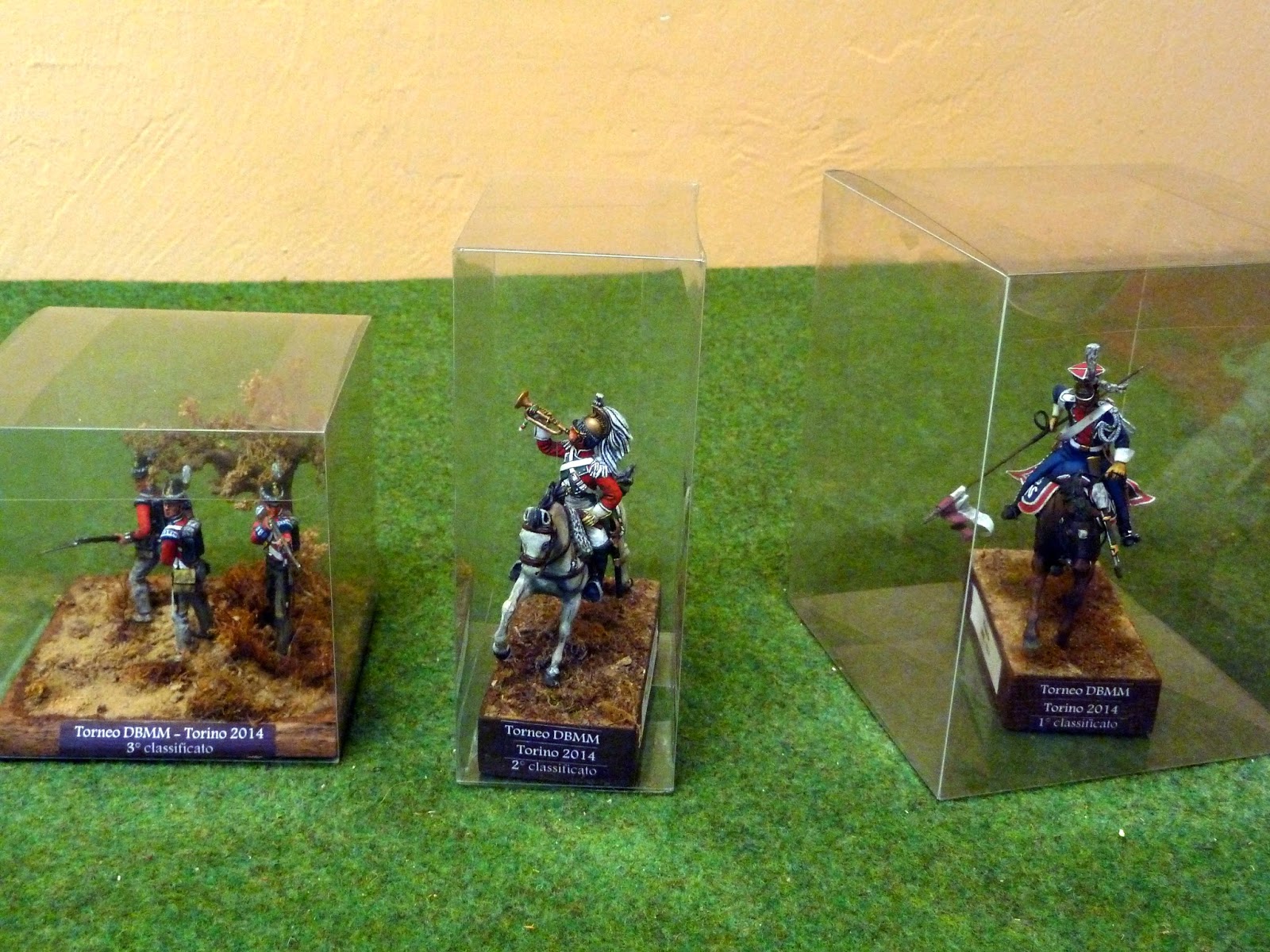