Last Saturday my club members played a Bolt Action scenario related to a battle between the Imperial Japanese Army and the US troops that was fought on the Guadalcanal island.
This scenario is included into the supplement “Empires in flames” and it is part of the WWII Pacific campaign.

The battle was an assault of the Ichiki Japanese regiment against US Marines. Underestimating the strength of American  forces on Guadalcanal, Ichiki's unit conducted a nighttime frontal assault on Marine positions at Alligator Creek. Japaneese’s assault was defeated with heavy losses for the attackers. The Marine units counterattacked Ichiki's surviving troops after daybreak, killing many more of them. All but 128 of the original 917 of the Ichiki Regiment's First Element were killed in the battle.

Below a couple of maps of the Guadalcanal campaign and a detail of Alligator creek section. In the Map B it is possible to see where Ichiki regiment was deployed during the Allies landing (near Lunga point) 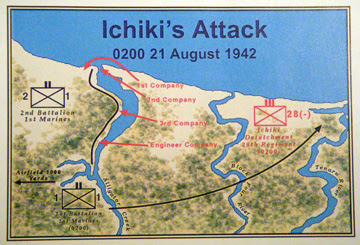 An overview of the scenario with images of the real battlefield 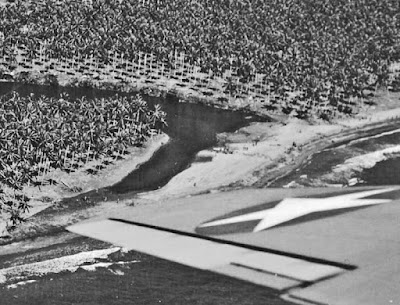 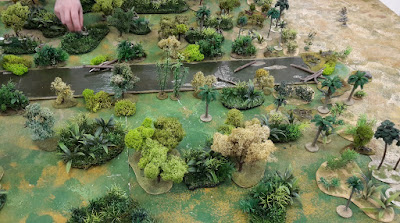 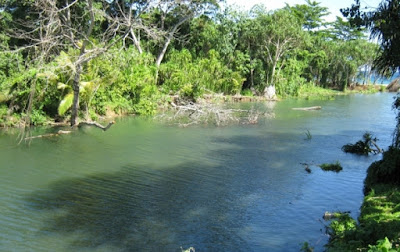 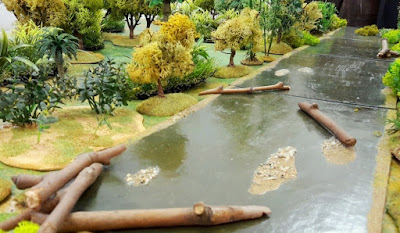 The American trenches and the initial Japanese bombardment 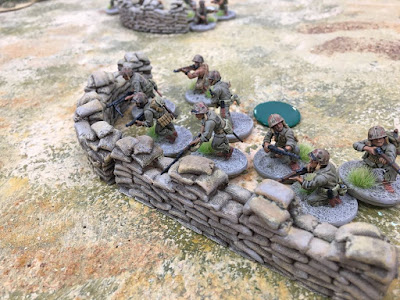 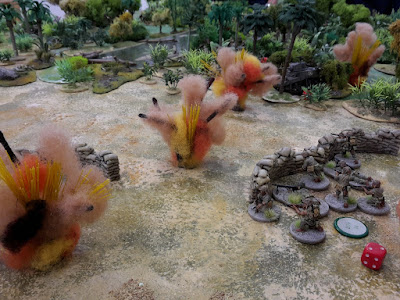 The Japanese start their assault 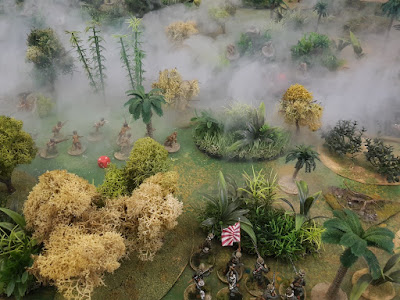 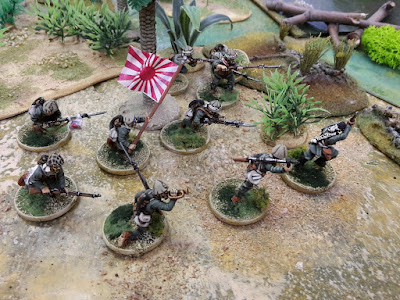 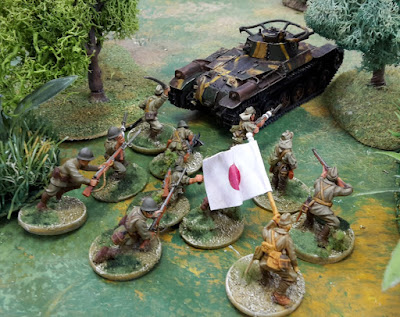 … and the Marines that will push back the enemies. 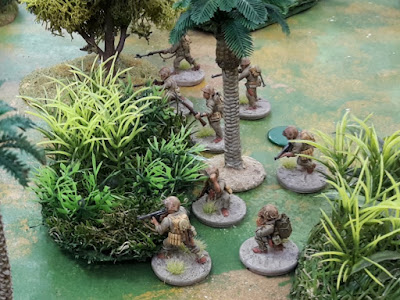 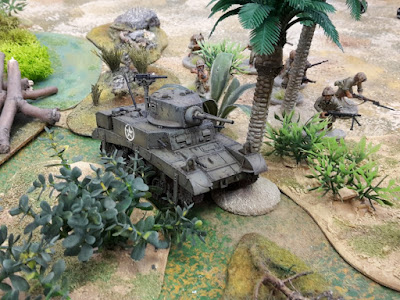