A couple of weeks ago I tried to recreate in my club a battle between two Late Imperial Roman armies. Considering my fascination for Imperial Roman history I decided to prepare two armies: one with a left wing composed by Palmyran catafractatii and the second-one with regular legionary unit and barbarians allies.

All miniatures are 28mm, a mix of Gripping Beast, Armour & Aquila, Fireforge Foundry and they are all painted by me. 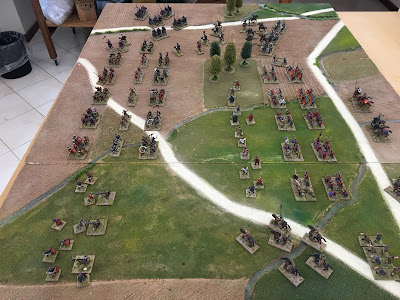 A detail of the army on the left of the previous photo. The army is composed by regular legionaries (Menapii and Petulantes Seniores) with a second line of auxiliary archers 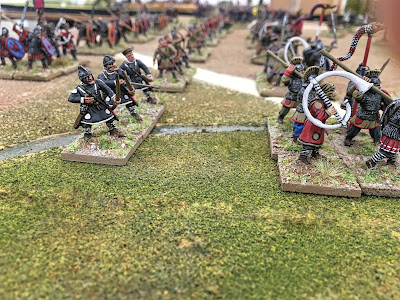 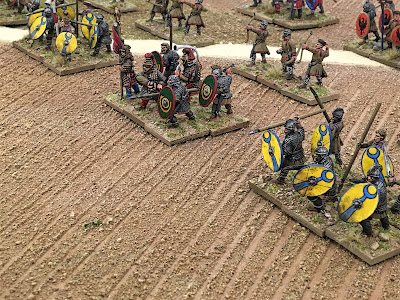 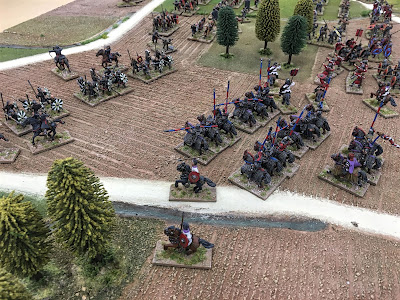 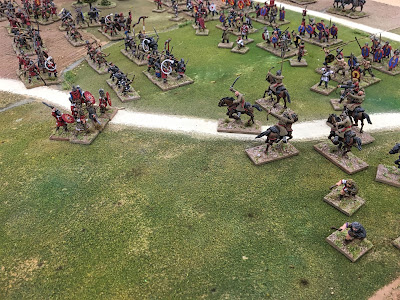 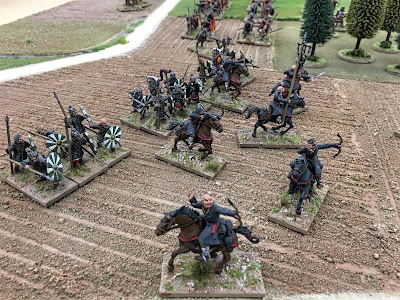 The battle starts with the cataphractarii assault. In the photos below the sequence of the attack with the knights in the typical cuneo formation 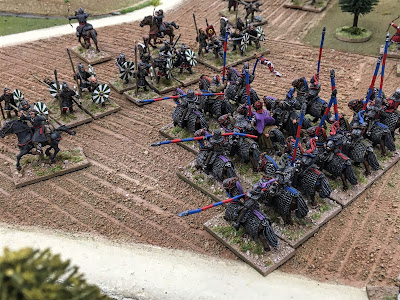 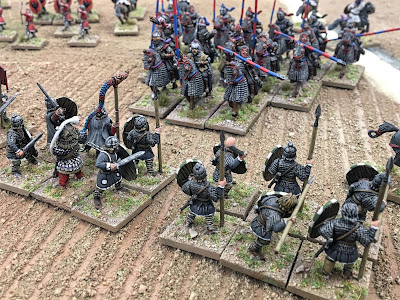 A group of Huns tries to stop the heavy cavalry attack without success ... so the knights destroy the line of Lanciarii Gallicani Honoriani 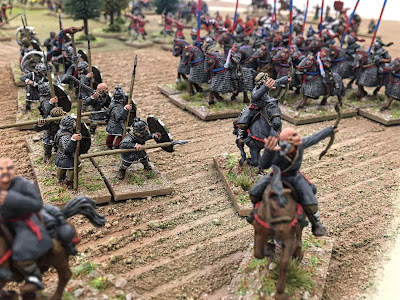 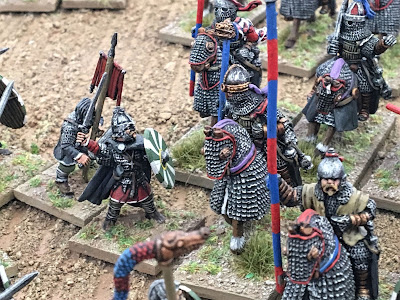 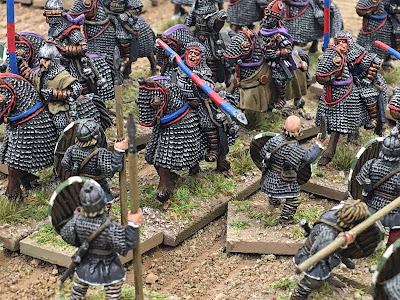 Also on the centre the battle begins 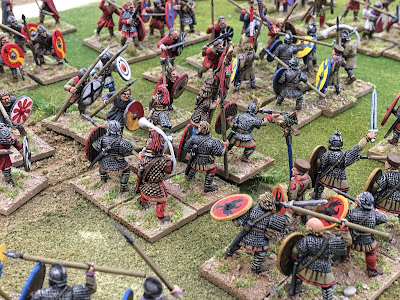 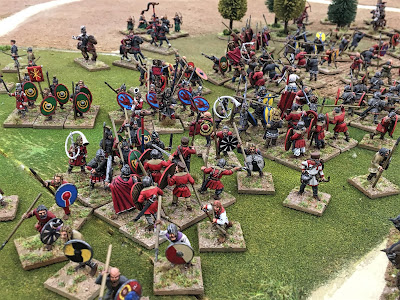 An image of the battle trend 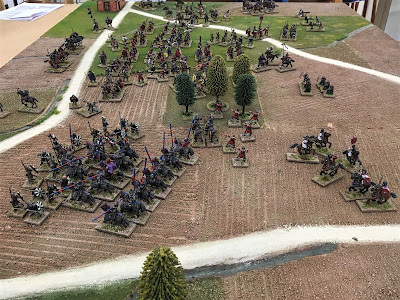 A detail of the two HQ's 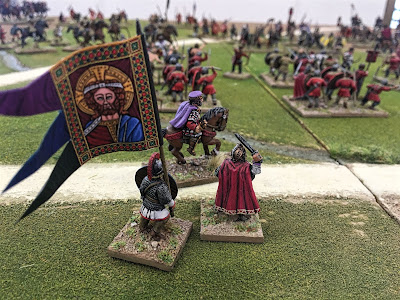 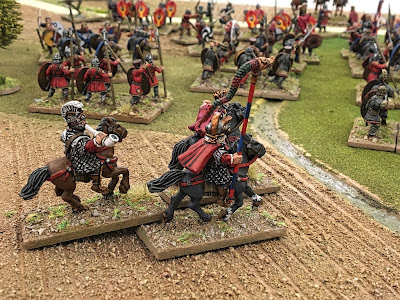 On the left, the Roman-barbarian army suffers casualties but ... 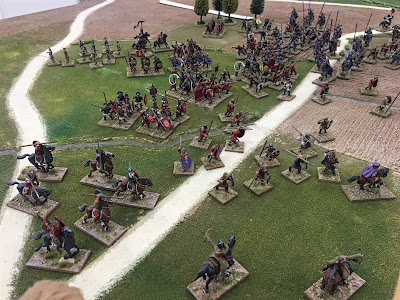 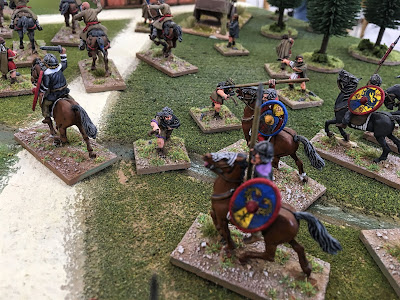 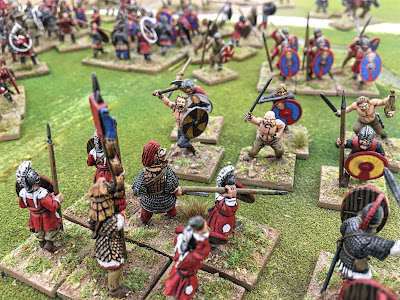 ... the heavy knights have created an hole into the enemy army that it is impossible to close so ... 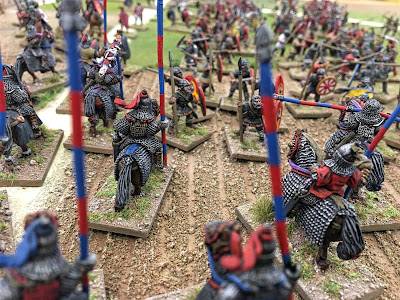 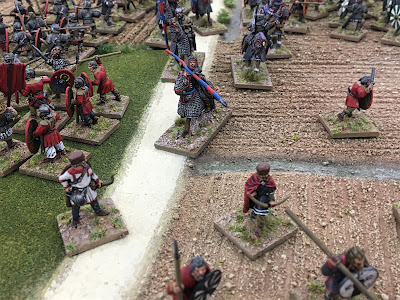 ... the false Imperator escape while a unit of Herculiani Seniores surrounds rebellious legionaries 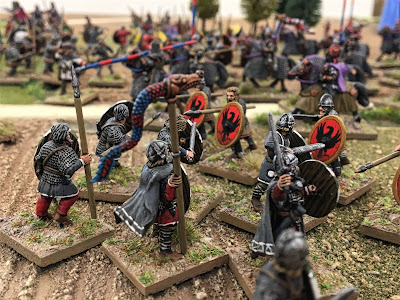 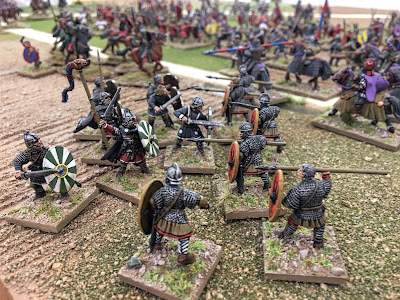