Last month I played my first match, with my son, using Bolt Action rulebook. It was not a real battle but only a kind of playtest to understand if he was interested to play it. Bolt Action is a simple set of rules easy to understand.

My son is 11 years old and he was very proud to play in the Association as well as the other-ones club mates.

He lead an English army against my evil Germans. Below there are some photos

A company of tommies with their artillery observer that is approaching to the houses while, on the other side, also the Germans try to reach their objs 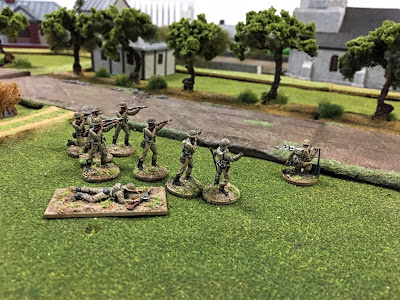 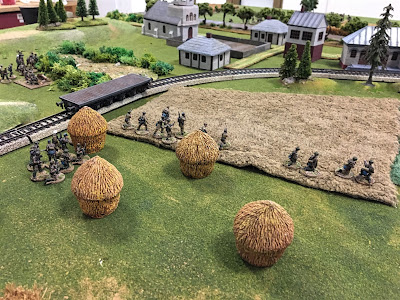 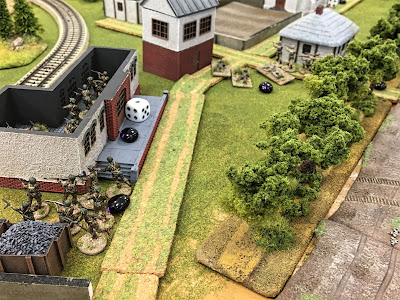 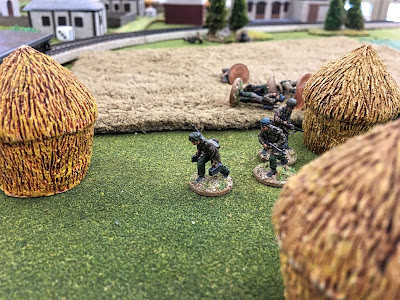 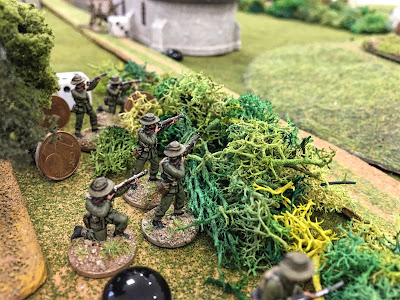 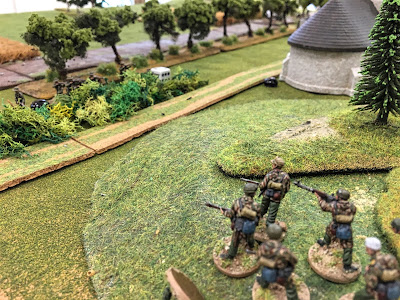