In September I finished my volksgrenadiers and waffen ss in 28 mm but, only today, I took some pictures of them. As I did in other post I included into this article also some real photos.

I have to point out that the Puma and the Panzer IV are painted by Maurizio ... I used my colors on them only for few details ...   while sceneries are prepared by my club mates (in particular by Alberto, Ezio and Flavio).

Below my version of a German PAK 40. 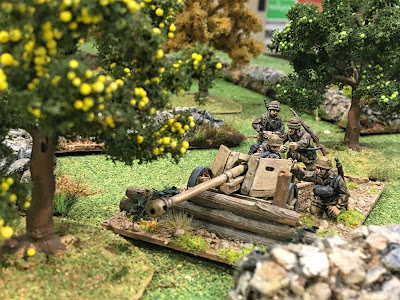 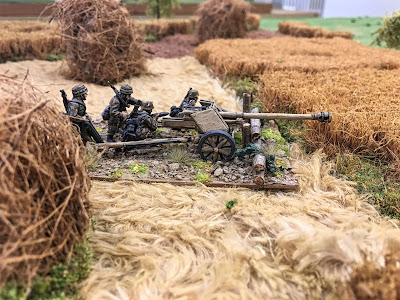 Pak 40 was a very efficent anti-tank gun but it is hard to find historical colorized photos of it. 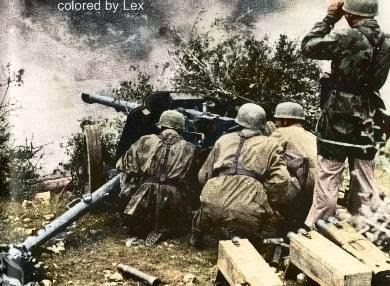 During late part of the war, volksgrenadiers and ss troops wore different kind of camouflage uniforms. I tried to reproduce two of them using original photos. One version more light ... 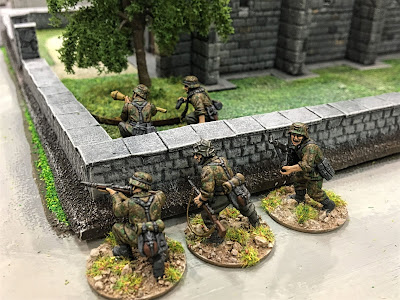 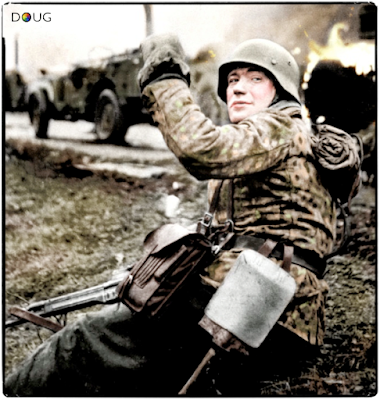 ... the second one more dark and green 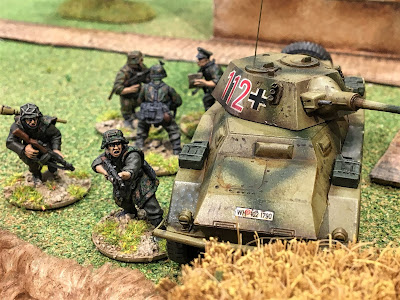 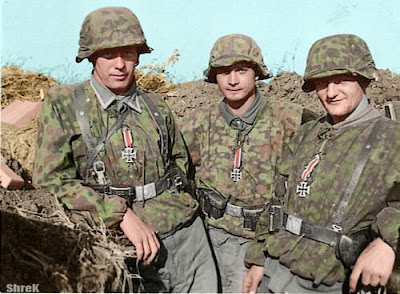 In the complex, using the right background, the effect can be considered acceptable 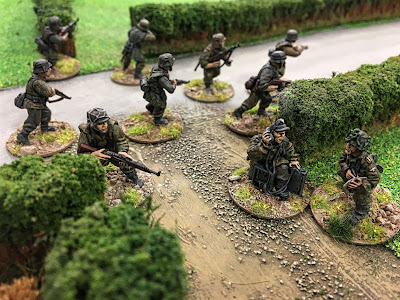 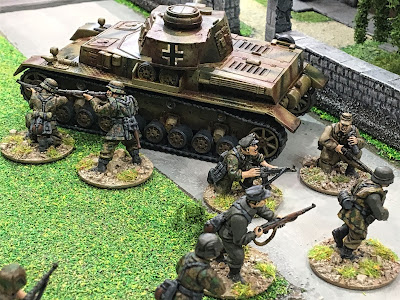 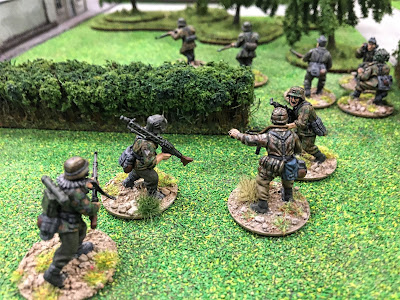 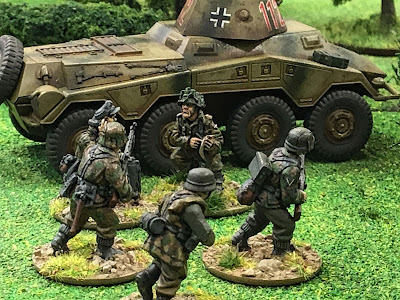 I painted also some heavy MG 34 on a stationary tripod mount ... 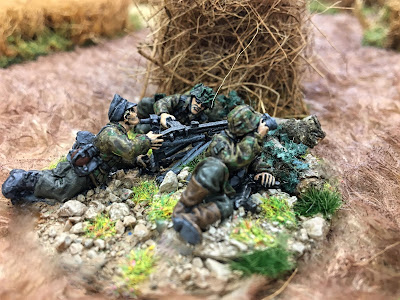 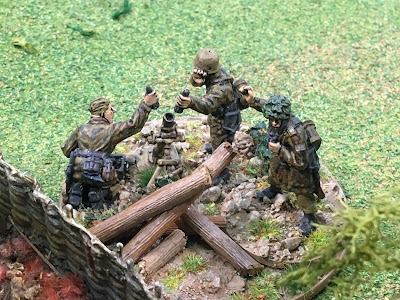 During the late part of the war, German troops suffered the effects of Allied air supremacy, so it was not difficult to find a column of soldiers in this situation 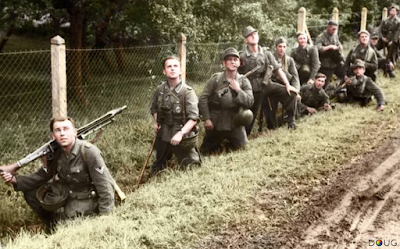 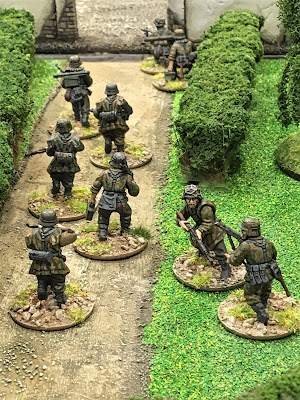 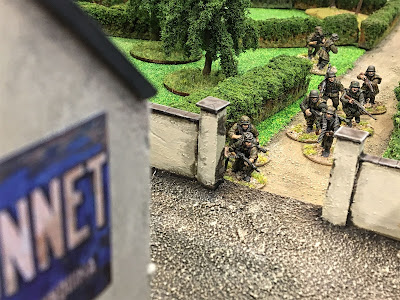 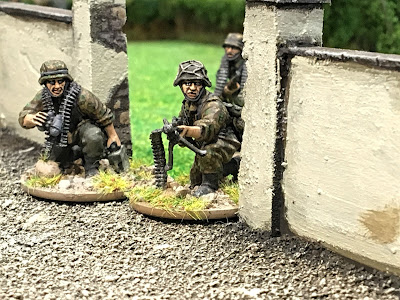