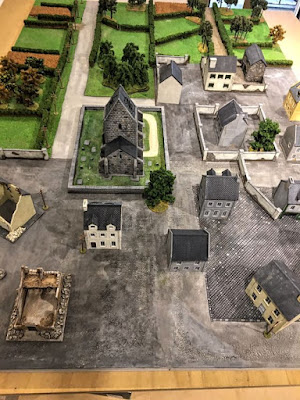 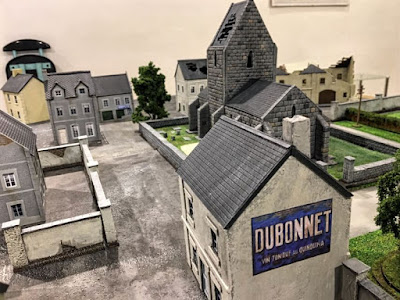 … last Saturday Alberto and Ezio played a test match using Cross Fire. Cross Fire is a Ww2 set of rules at company level, it is focuses in particular on infantry fights. Scenario they chose is included into the rule book (“bridgehead”) and they decided for a Normandy background.
Germans are in defense while Us troops have to advance and to take the control of (at least) four houses by enemy' reinforcements arrival.

To start, a quick look to the two HQ’s commanders 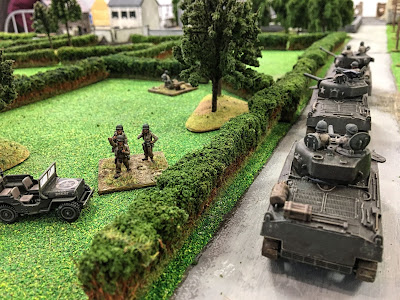 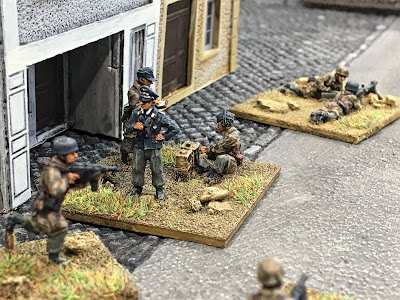 Before US attack, Germans troops hide themselves into the village 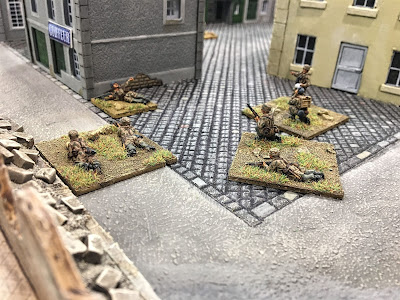 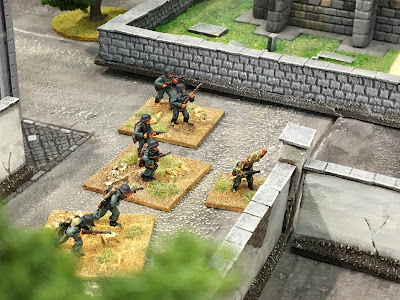 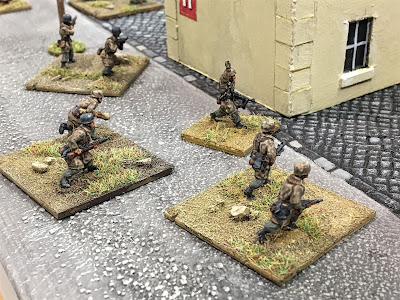 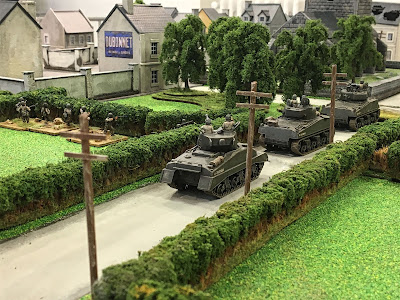 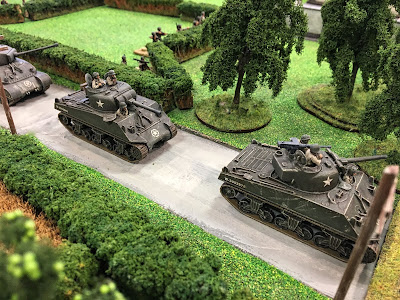 From the church bell tower, a German HMG forces the Yankees to keep their heads down 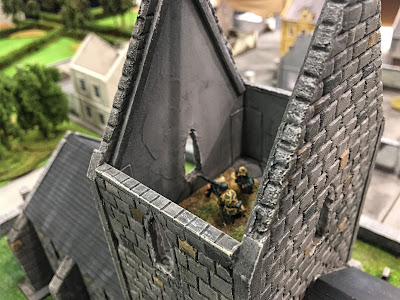 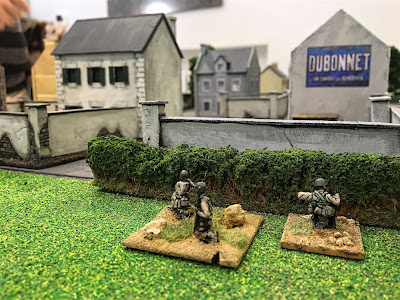 Us troops continues their approach to the village but … 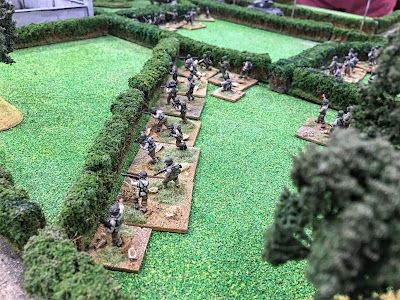 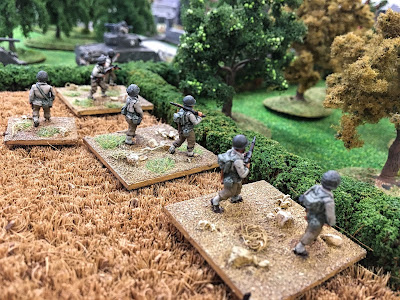 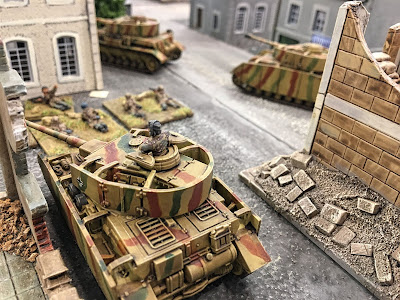 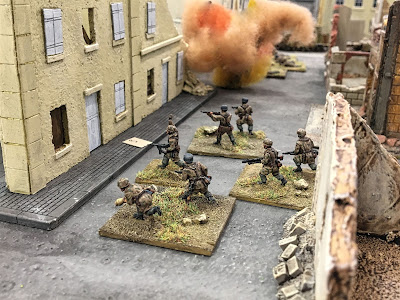 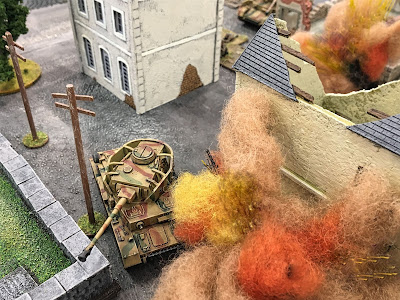 … and Germans keep the control of the village
Pubblicato da Marco Ortalda a 1:20:00 PM