In the last months I was very busy with my work but my club's mates had continued to paint miniatures and test new and old rules systems.

The last one in these times is "Hail Caesar". This rule book create by warlord games is similar in some aspects to "Black Powder" but the hand to hand combat system is different and more suitable to reproduce fights of the Antiquity.

A couple of weeks ago Ezio and Riccardo prepared a battle between a first Imperial Roman army and the barbaric horde. Below some pictures of the game played on Nov 25 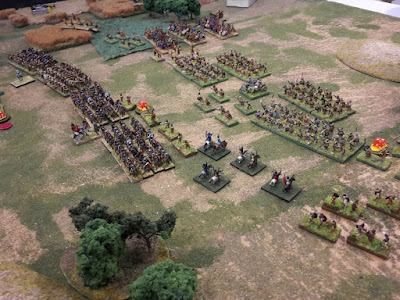 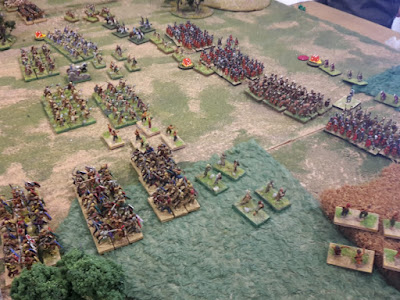 All miniatures are 15mm and we usually use them for DBMM but the scale is suitable also for Hail Caesar.

Below some Carthaginians' allies ... the Spanish scutari and caetrati and ... 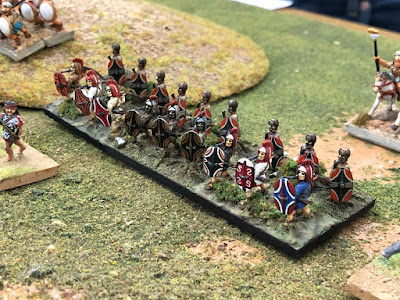 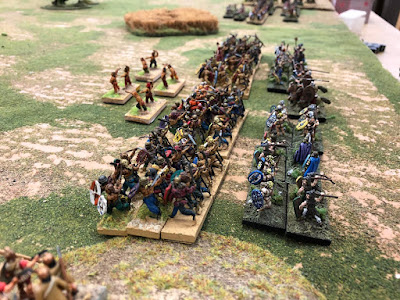 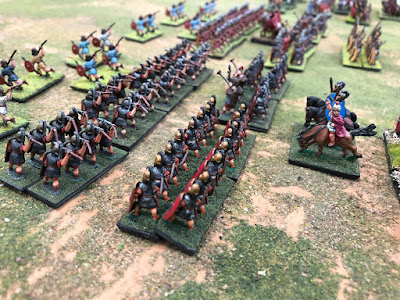 An overview of the initial position 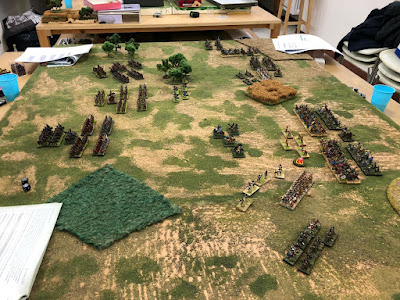 During the game Aurelian, who led the Carthaginian army, tried to attack the Roman army on the flanks 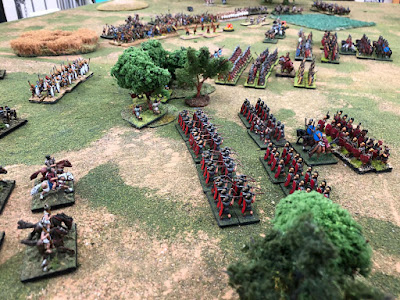 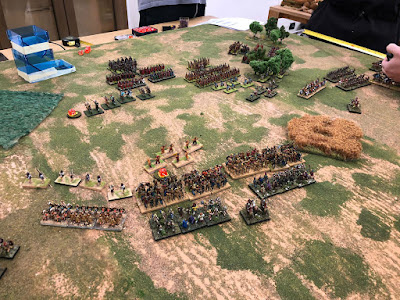 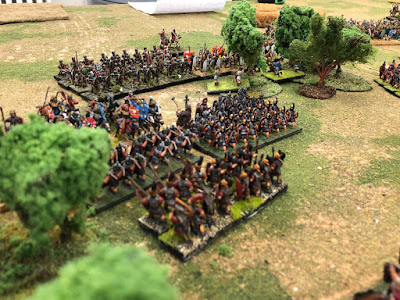 On the centre the fight continues ... 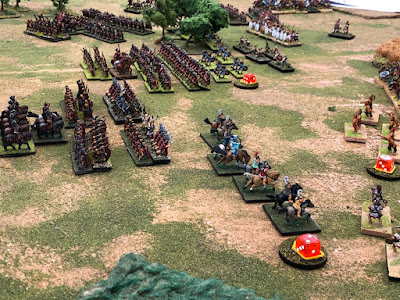 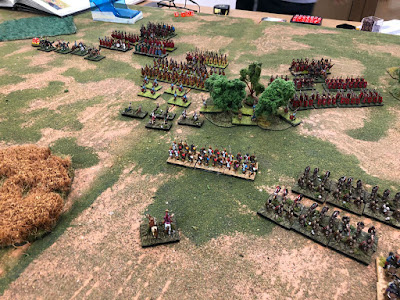 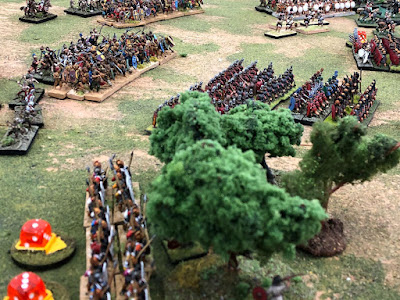 ... and Aurelian uses his best general to conclude the encircling maneuver but ... 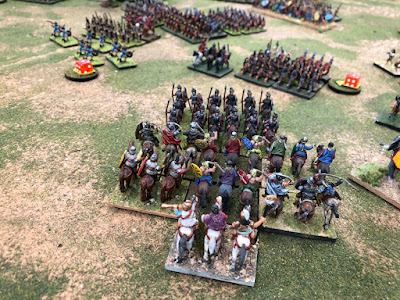 ... this time Hannibal is defeated 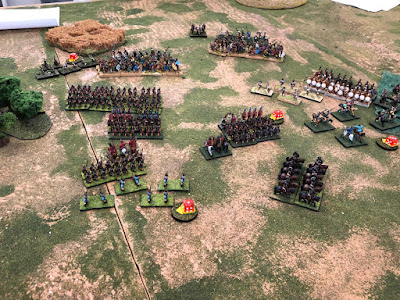