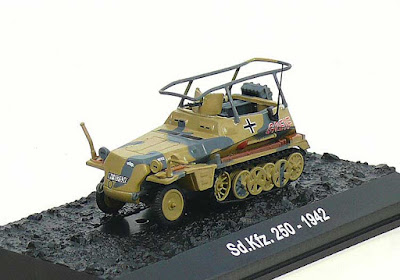 I found some (rare WwII original colorized) photos and … 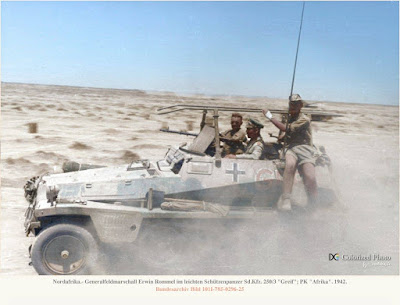 … I started to work on it 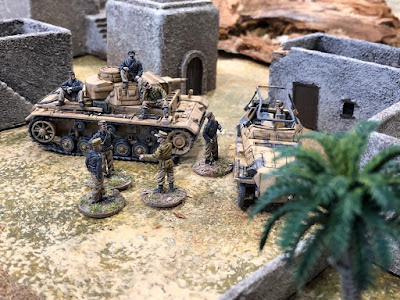 During WwII, with his MG34, the Sd.Kfz. 250 was largely used for reconnaissance and scouting missions but Rommel used it many times the version 250/3 as command vehicle
I found another colorized photo with Rommel on his GRIEF that is speaking with Oberst Crasemann (the commander of 15. Panzer – May 1942) 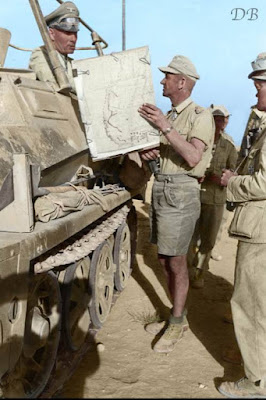 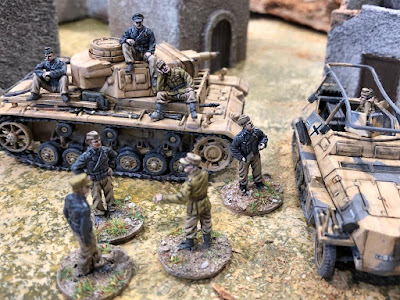 as well as the Italeri green devils ... perfect for Ramcke brigade 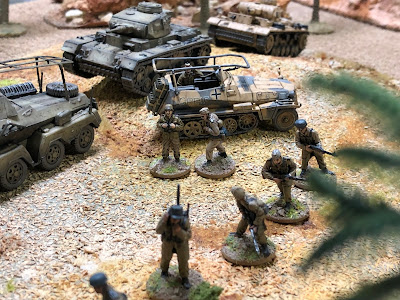 A great part of the plastic vehicles models have not crew  so I used the Caesar miniatures to create the crew of a Marder III with good effect. 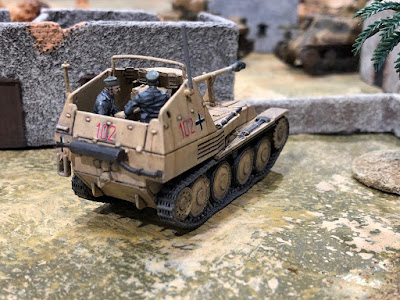 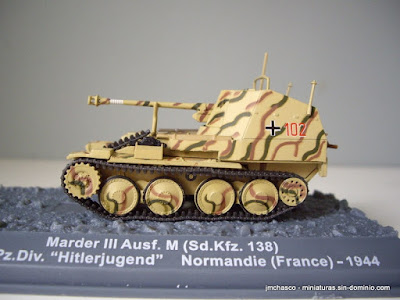 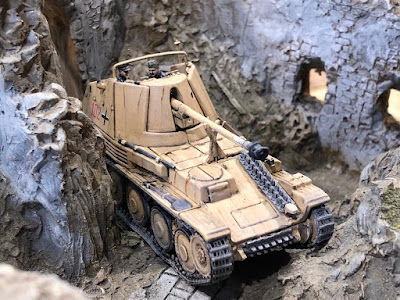 The Marder IIIs were used in panzer divisions of both the Heer and the Waffen SS (as well as in several Luftwaffe units) such as the Hermann Göring division so with this camouflage I can use it also for Italian and Tunisian theatre.
The Marder' IIIs weaknesses were mainly related to crew survivability due to the open-top armor protection that made them vulnerable to indirect artillery fire, handicap that is correctly reflect into Bolt Action army list.

Another light reconnaissance vehicle designed by German army to meet a simple construction and good off-road performance was the Sd.Kfz. 222.
Below the only one colorized photo I found of this model even if the crew  that is inspecting it are English and not German 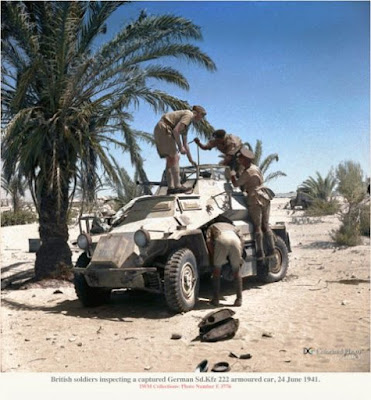 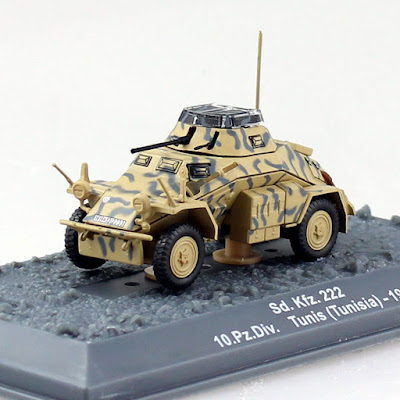 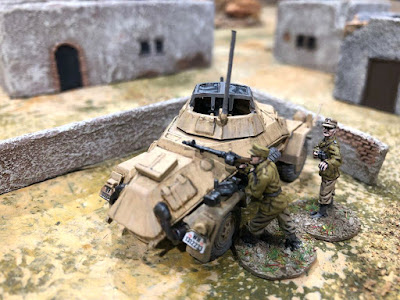 It was the first DAK model I painted using these colors so ... it is not the best vehicle I re-painted but for Bolt Action can be used 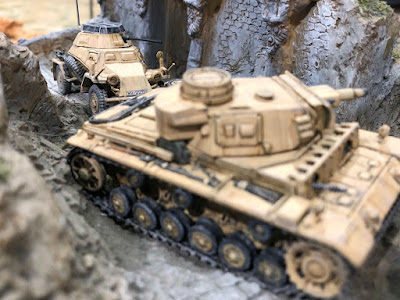