Time ago I painted some Warlord Games miniatures to complete my collection of British airborne troops. I decided to take the British Airborne Characters blister: Frost, Urquhart and Tatham-Warter ...

I knew some of them for my keen of history and also for the old movie ... "A Bridge too far" ... and it was a plaesure to paint them

Major-General John Frost is a famous English officer for a lot of operations ... Op. Biting, North Africa, Sicily and so on ... even if he is best known for being the leader of the small group of Red Devils that arrived at Arnhem bridge during Market-Garden Operation 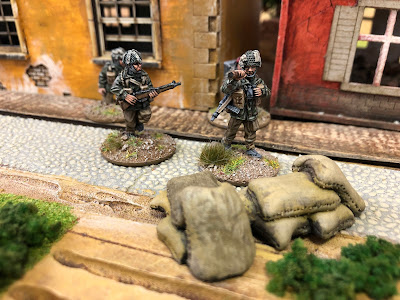 Warlord games decided to represent Johh Frost with his hunting horn that he used to call all the member of his unit ... I can imagine him into the action between the roads of Arnhem 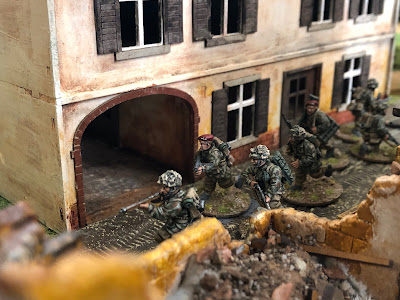 Frost was captured after days of resistance and held as prisoner of war in at Spangenberg castle. He was liberated in March 1945 by USA troops
Another important Red Devils command was Major General Robert Elliot "Roy" Urquhart ... He was the General Officer Commander of 1st Ariborne Division. The unit that suffered severe casualties in the Battle of Arnhem in September 1944 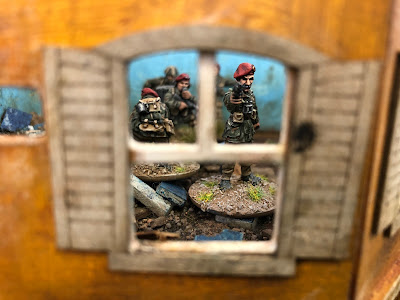 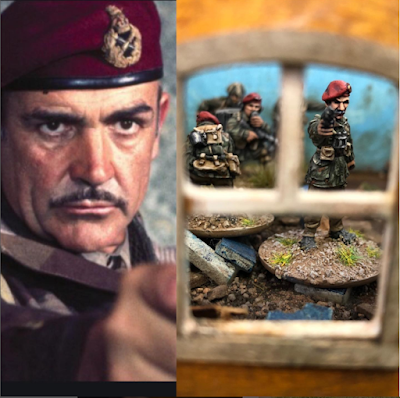 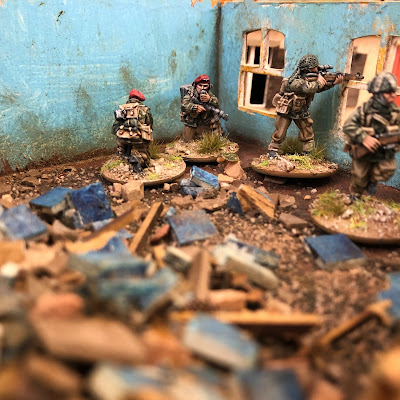 The last miniature of the box was Major Allison "Digby" Tatham-Warter ... member of the 2nd  parachute battalion ... he was famous for his umbrella 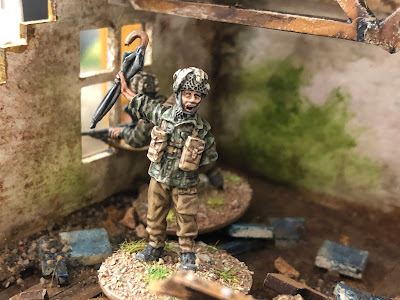 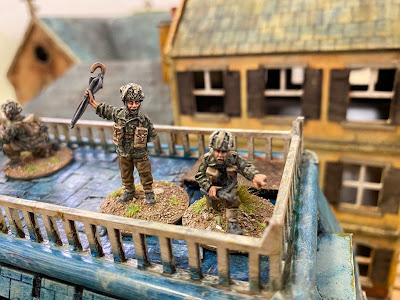 During Arnhem battle he  disabled a German armoured car with his umbrella, incapacitating the driver by shoving the umbrella through the car's observational slit and poking the driver in the eye. The took an umbrella during war operations as a means of identification because he had trouble remembering passwords and felt that anyone who saw him with it would think taht "only a bloody fool of an Englishman" would carry it into the battle. 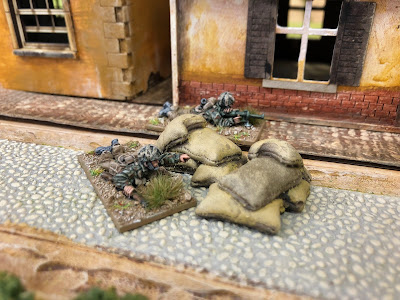