He is considered the founder of the Palmira reign even if - I think - his wife Zenobia is more famous and generally associated to Palmira. He was a commander and a great politician and will become a great king thanks the instability of the Roman Empire.

In 260 AD after the capture of Emperor Valerian by the Sassanid king Shapur I, the eastern Roman provinces were completely at the mercy of the enemy. It is a period of usurpers for the Imperium with the Macrianus in the east and Postumo in the Gauls.

In 260 AD after the capture of Emperor Valerian by the Sassanid king Shapur I the eastern Roman provinces were completely at the mercy of the enemy.

It is a period of usurpers for the Roman Empire with the Macrianus in the east and Postumo in the Gauls.
The Valerian's son, Gallienus, has not a choice and he has to find an ally. Odenathus was sufficient smart to understand that it was a great possibility so he attacked the remaining usurper's forces and quelled the rebellion in the east. He was rewarded with exceptional titles by the emperor and he will become Commander of the Roman forces in the east. 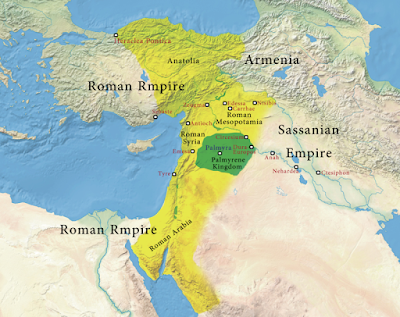 In the reality Gallienus was too weak due to the Postumo's revolt and he formalized only a self-established position.

The Odaenathus's miniature I painted is produced by Armour & Aquila 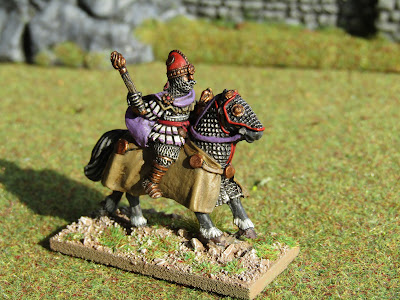 I was uncertain for the cloak color. I finally decided for a light violet because it was a color frequently used by Sassanids and also because the purple was used only by the Emperor. 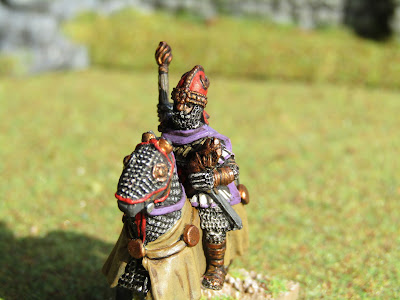 The miniature has in his left hand a globe with an eagle as simbol of Odaenathus Roman imperium. Please consider that the original meaning of the word "imperium" could be synthetized as the ability of an individual to command an army.
I know that the cover of the horse is very simple but I found elaborate themes only with the Sassanid nobles and I did want that he could be confused with a Sassanid Knights

In 262 AD Odaenathus started a series of rapid campaigns against Sassanid Empire arriving till the walls of their capital Ctesiphon.

I painted also group of Palmyrene Catafractatii. In the photos below a draconian and another officer. 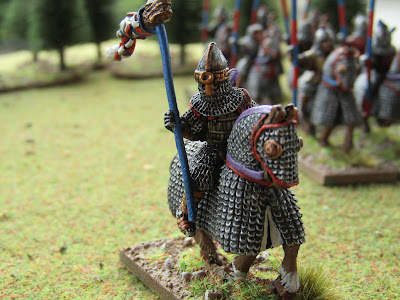 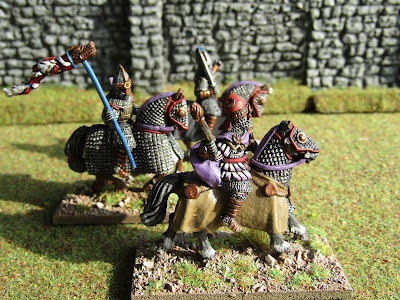 Odaenathus died in 267 AD. More theories are written about his dead but it is not important; he was the founder of a great Kingdom and his wife Zenobia will rebel against Roman Empire ... but this is a another story.

Edition books are in Italian but it is not difficult to find them in English. If someone prefer a novel I can suggest the Harry Sidebottom books, in particular the series of the "Warrior of Rome" - Books: "Fire in the East", "King of Kings" and "Lion of the sun"
Pubblicato da Marco Ortalda a 2:12:00 PM