The roman army of the late period is very different respect the same of the first centuries of the Empire.  Starting from Gallienus the roman army changed and started the idea of a field army. With the Costantine and Diocletian reforms the army is divided between: limitanei and comitatenses.

There are no many documents related the Roman army of the 4rd or 5th century and one of the most important is the “Notitia Dignitatum”. It is an official register (dated around the beginning of 5th century) in which is possible to find different details about the late Roman army. For example; the name of the different Roman units divided between East and West respective, the shield pattern and so on. The text comes to us through four manuscripts now at Oxford, Paris, Vienna and Munich.

Some of these versions are free available in internet:


Leones iuniores were one of the auxilia palatina, an elite unit that was part of comitatenses forces,  under the command of Italian Magister Peditum. The pattern of their shields is reported below (Oxford version) 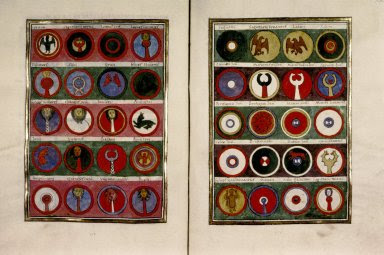 Considering that “leones” means “lions”, it is possible that the human heads in the shield was in origin a lion head.  During the process of copying from the original Notitia document may be that the head design has been mutated.

I prepared 18 miniatures that are a mix of Foundry and Gripping beast. Some of the heads are conversion of warlord auxiliaries modified. 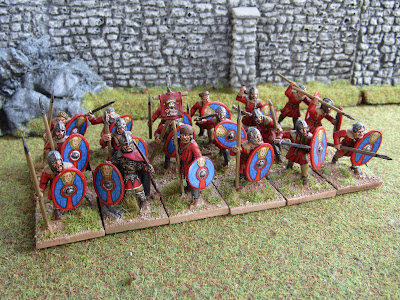 Some details of the miniatures 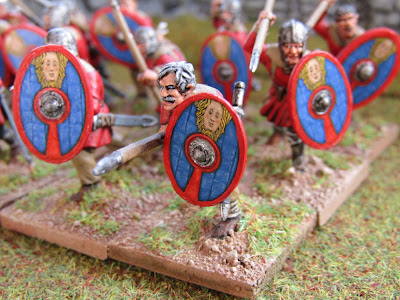 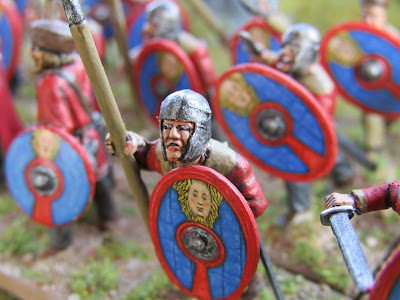 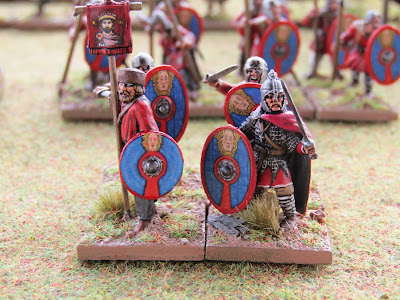