To prepare the Late Imperial Roman I painted many infantrymen but also cavalry units.

Cavalry units were generally divided in: light and heavy. Furthermore a great part of these units were enlisted between the Allies.

Equites cataphracactarii I painted were Armour & Aquila miniatures  and they are Palmyrian cavalrymen. 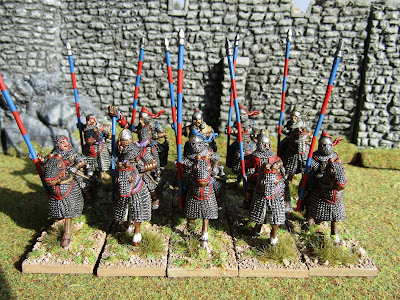 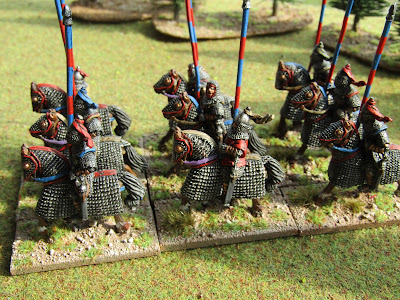 These miniatures wear typical armours and hoods of the Eastern part of the Empire. Based on Notitia Dignitatum during the second half of the IV century there is a significant increase of these units. 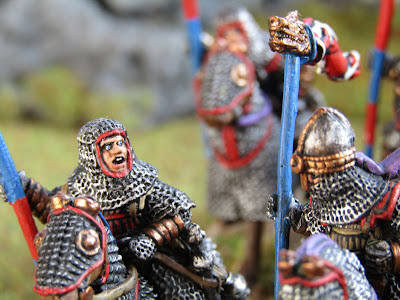 The Cataphractarii were an heavily armored cavalry unit usually armed with a long lance called contus that the Romans copied from Parthians and Sarmatian armies.

They were specialized for shock action and they attacked usually in a wedge formation. Below two examples

The weak points of this kind of units were the difficulty to change direction during a charge and the lack of the stirrups. Ammianum and Vegetio reported different battles in which cataphractarii were involved: Maranga (Aurelian vs Palmyrian), Turin (Massenzio vs Costantin I), Strasbourg (Alamans vs Julia) and so on.

Below other details of my miniatures 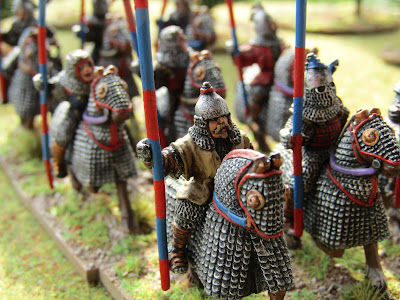 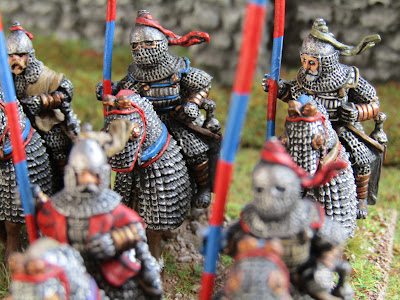 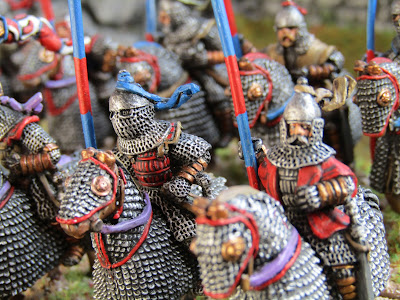 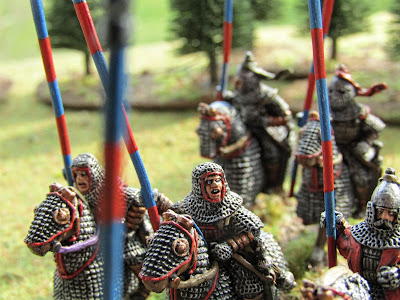