As I wrote in an another post the Roman army of the late period (4th-5th century) can be divided into two type of units:
- limitanei: troops  garrisoned in the fortification along the borders of the Empire. A first line of defense from barbarian's attacks
- comitatenses: the field army that had to contrast a breach in the deep.

The Lanciarii Gallicani were a unit of comitatenses assigned to Magister Militum Gallic command.
The pattern of their shields is reported below (Oxford version)

Unfortunately the color changed depending on the manuscript version.
My miniatures are Gripping beast (Vikings and Anglo-Saxon) modified 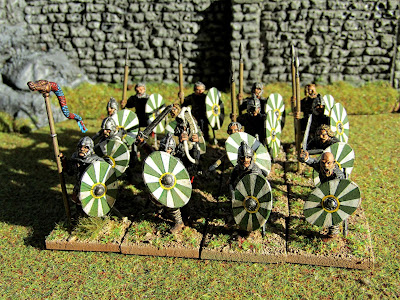 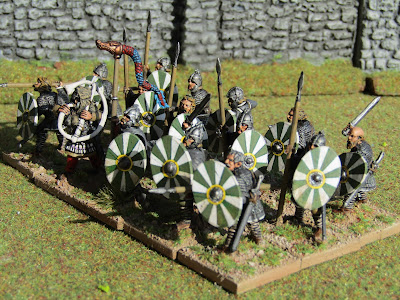 The name lanciarii comes from lancea: a spear that was used both thrusting and throwing. On contrary the name Honoriani refers probably to Emperor Honorius and gallicani to the place were (presumably) the unit was raised or were it served.

Some other photos related my miniatures with a detail of the command group ... 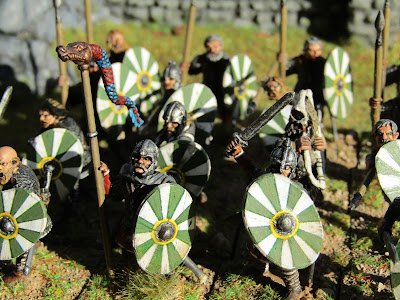 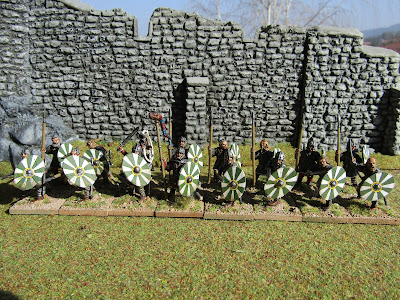