Last week, after a lot of months of stop, I played again at “Garibaldi all’attacco!”.

The scenario I played was a simple game with 9 battalions against other 9. We used the tournement rules system but I must point out that no miniatures showed in the photos below are painted by me. Scenario rules are easy:
- for each unit destroyed you receive 1 point
- on the middle of the table there is a green square. The player with more miniatures at the end of the 8th turn on it gains 2 points. 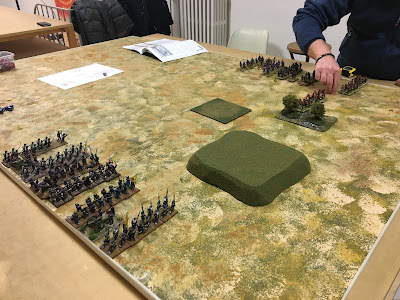 We moved our units using the “column of march” orders to reach the obj as soon as possible.  My opponent reaches it before me while I take the control of the hill. 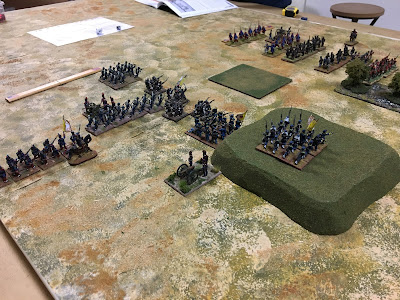 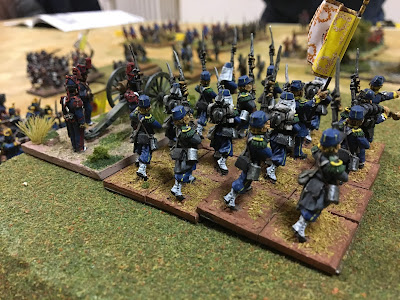 My hunter unit has been repelled and the enemy continues to keep the obj. The main struggle took place down the hill on my right wing but the red shirts enthusiasm is blocked by the fire of my unit. 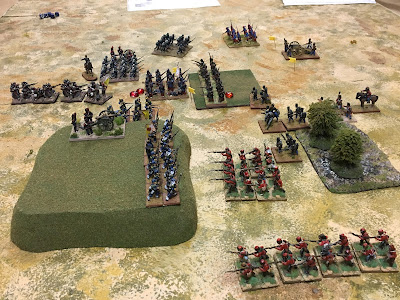 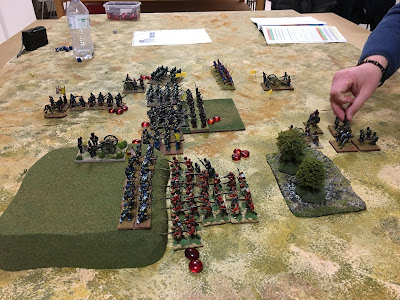 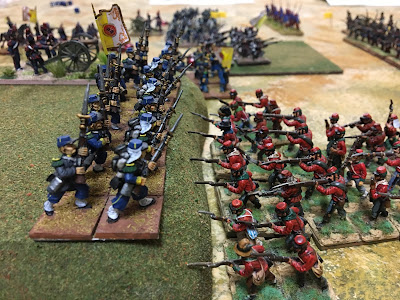 On the left and on the center I lost two units but the enemy wing is destroyed. 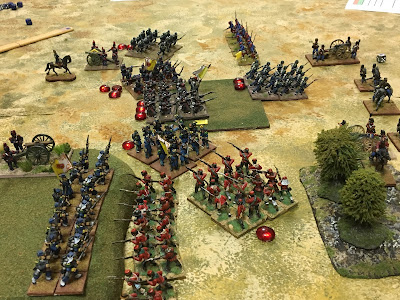 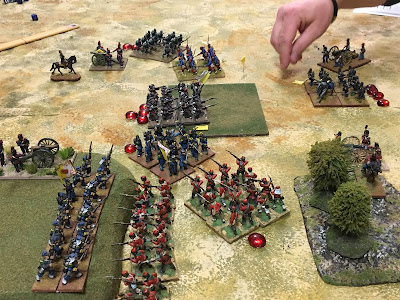 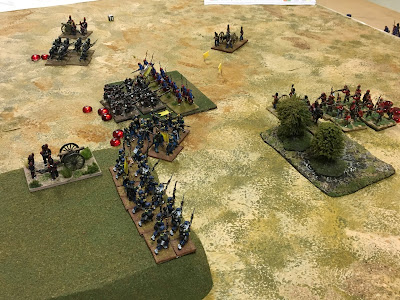 To protect his commander my opponent decided to hide it in the wood but the scenario is finished. 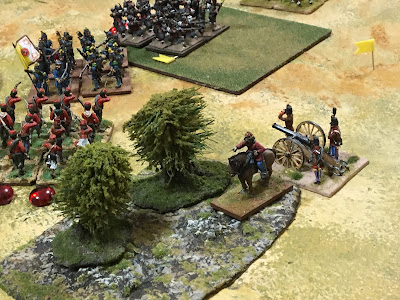 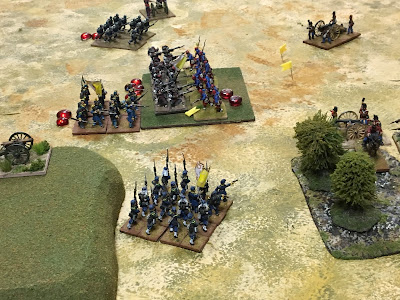 At the end we reach together the obj but I win for the difference of units fallen. It was a very quick play …. it takes us around 1 hour and half… but an easy way to review the rules thanks to Paolo M. and the patience of my opponent Massimo.
Pubblicato da Marco Ortalda a 9:41:00 PM