On January 20 and 21, 2017 the club's house has gone back to his "normal life". Unfortunately I couldn't take part to these battles but below there are some photos of last Friday.

It is possible to find them also in our official internet site: www.lapiccolaarmata.it. If someone would like more details please do not hesitate to contact me using this blog or the contacts reported in our web official page.

The pictures below show an Acw and an Italian independence war scenario. These battles were the first ones played in the new club location. 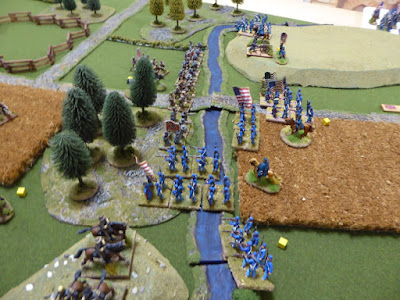 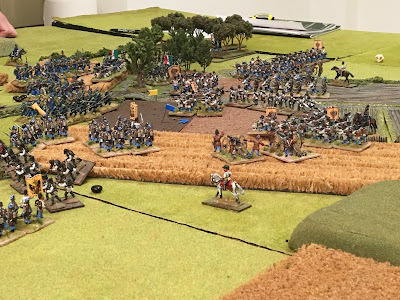 As I reported in other past posts, Paolo M. published - around an year ago - his wargame rulebook (Garibaldi all'attacco! - Ed Chimelli). The period covered by these rules are the Italian independence wars but Paolo and other club members are studying a new wargame system for American Civil Wars.

Below other photos of "Garibaldi all'attacco!" scenario that is already playing. It is possible to find more information regarding this rulebook using the link reported in the right part of this blog and called "in cacciatori" 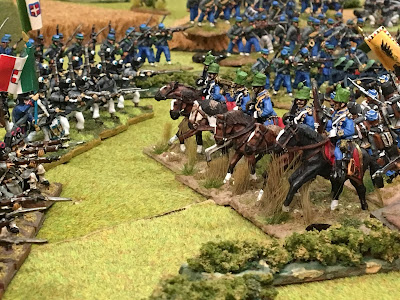 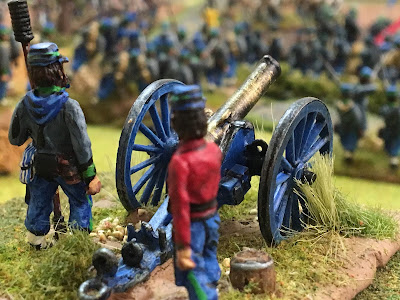 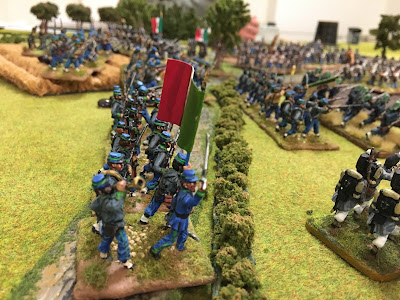