I’m sure that every person that is keen on ancient wargaming know something about Vikings.

Furthemore, after the success of tv series broadcasted by History Channel "Vikings", I think that the interest of the public is generally increased about this people so, in my opinion, it is not necessary to tell further of them. 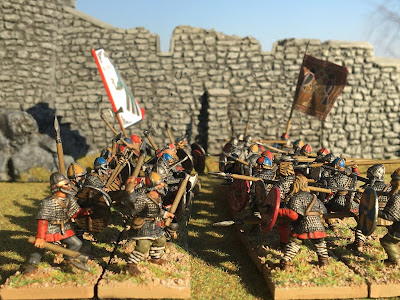 I finished to paint them in December but I found the time to post the pictures only now. 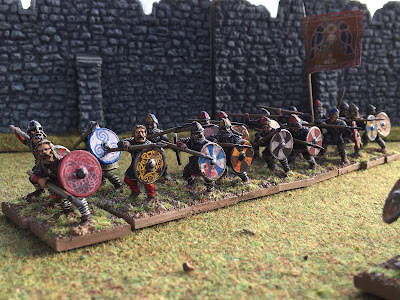 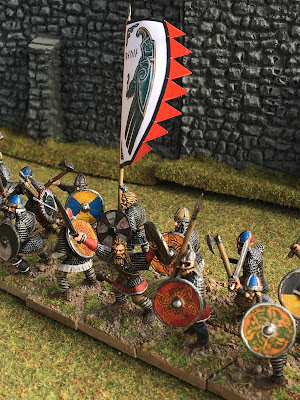 A part of them took part to "The strongest" battle that I played a couple of weeks ago. My initial idea was not to paint Vikings but to use the Gripping beast's sprues to convert them. So the miniatures are a mix of plastic/metal Gripping Beast Saxons and Vikings to which I added Warlord Celts. 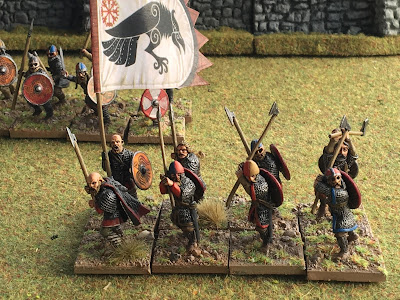 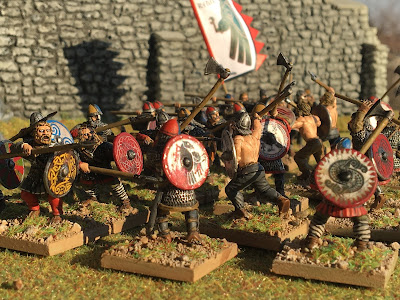 The original Vikings sprue included a couple of warriors with long axe but ... around an year ago ... I bought a blister of four Gripping Beast's varangians and so I decided to include them into my band. I decided (as in the picture above) to glue a shield on their backs to increase the color contrast … the effect is not bad.

I painted also some standard bearers. The flag is very large but also in this case, including them into a shield wall, the effect is choreographic. 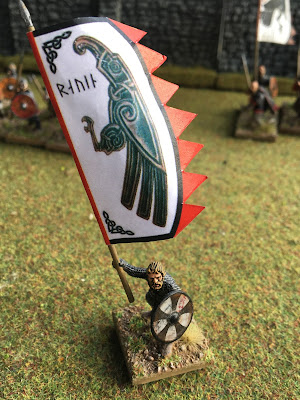 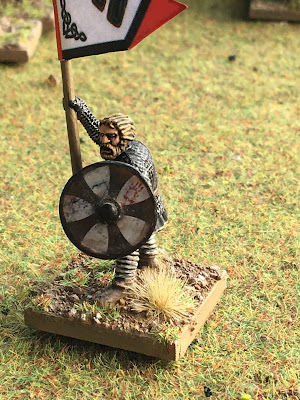 I decided to add the shield with the bloody hand shape to this miniature because it gives him the brutality I believe was typically of that period. The shield shapes are a mix of Gripping beast and Little big men studio. Designs are perfect but sometimes it is difficult to remove their lucid effect.

Below some battle scenes with Vikings shield walls crashing each other 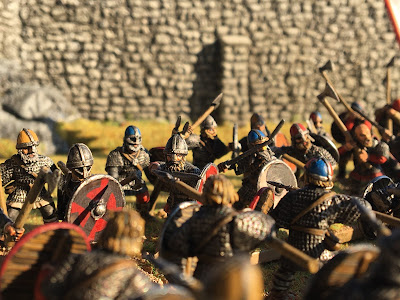 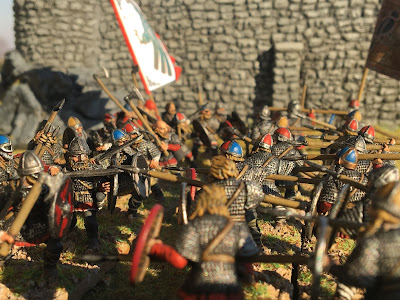 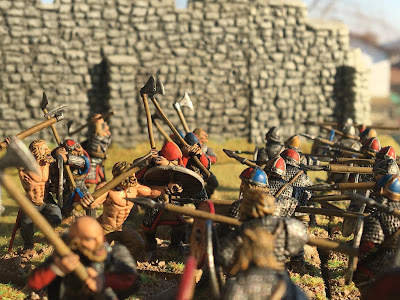 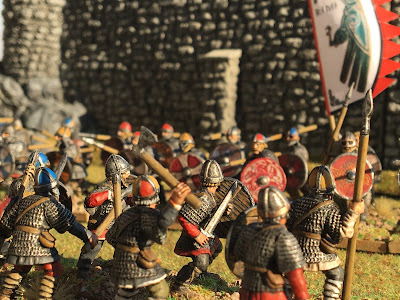 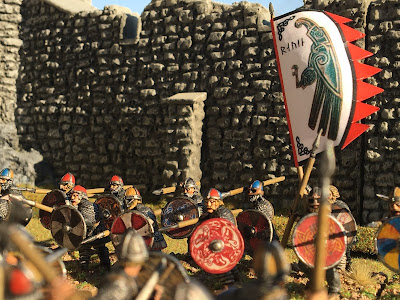