Last Saturday my mates played a match at “Might and Reason”; the rule system written by Sam Mustafa some years ago. It is an old set of rules but it is simple and perfect to recreate battles of XVIII century. The period that the Anglophones call “Lace wars” and that for the French speakers is the “Guerre en dentelle”.

My club members do not decide to recreate an historical battle but only a “hypothetical” struggle of the “War of the Austrian Succession”. The fight sees a French army with a contingent of Bavarian troops as allies against an Austro-Hungarian force supported by Balkan grenzers. 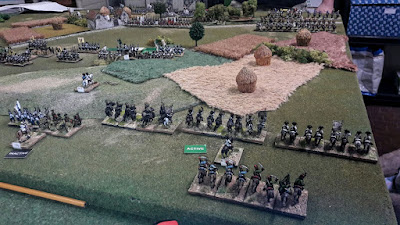 On the field there were 27 French units against 25 Austro-Hungarian ones; it means 400 infantrymen, 120 cavalrymen, 12 cannons and 20 commanders.

Below some imagines of the Austrian cavalry … 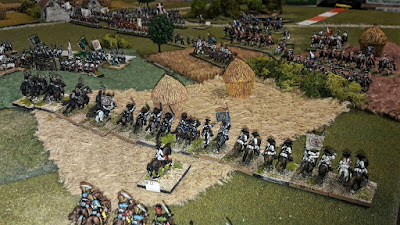 … and the Austrian infantry 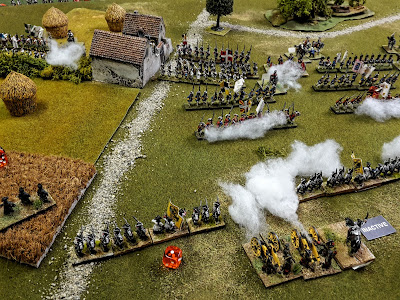 An overview of the field after the Austrian first fire 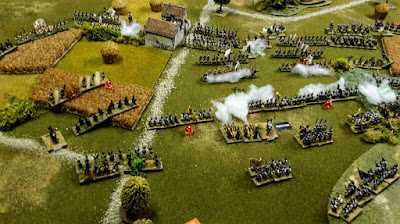 Some units of French dragoons and … 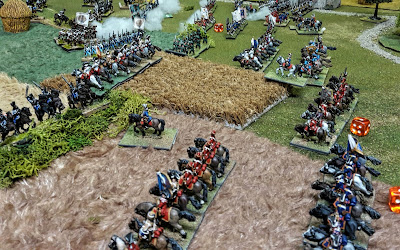 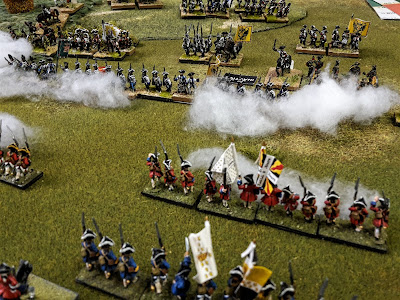 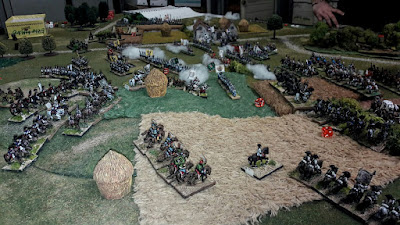 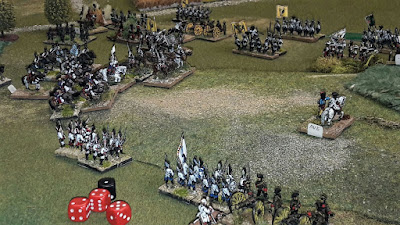