Fight to survive in the abandoned streets of a post-apocalyptic world infested by unnatural creatures hungry for your flesh. Scavenge for scarce supplies whilst battling against the dead and the living alike; there are no laws, there are no rules, only the fight … this is the initial sentence that Warlord's authors use to introduce this skirmish game.

Last Saturday Maurizio (a member of La Piccola Armata) prepared a scenario inspired to this game and, in general, to tv series as “The walking dead” and “Z Nation” 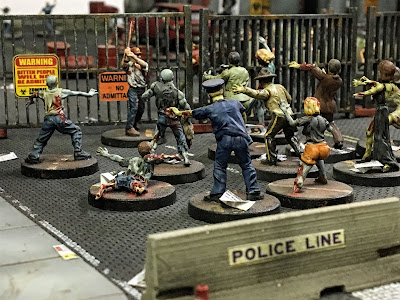 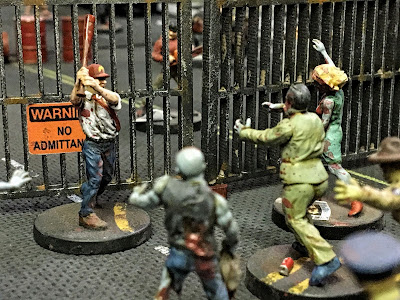 All miniatures on the table are painted by Maurizio 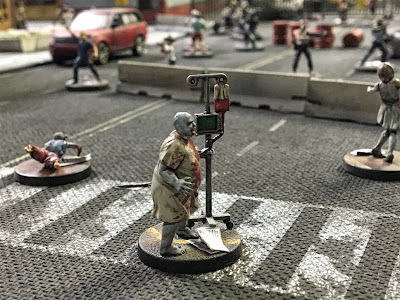 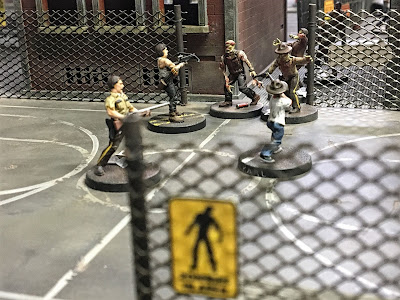 Building are prepared and painted by Maurizio (the great part of them) and by Flavio.  The scenario arranged was large and very realistic so it is very difficult to render it with some pictures. Below some imagines of the comic book store with the billboard of Saul Goodman on the roof 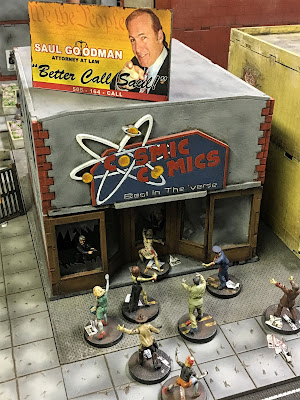 Other details of the comic book store from the sidewalk and … 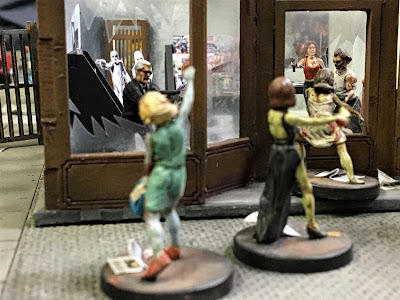 … from the inner. The level of details is so high that Maurizio put mini-comics on the shelters and on the table as in a real shop 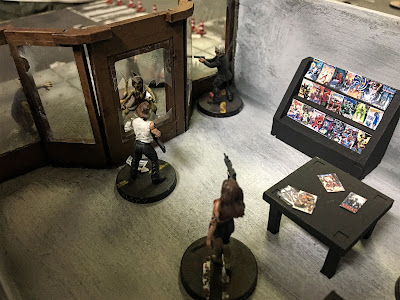 Other details of street fights 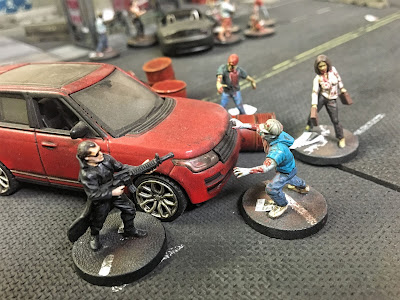 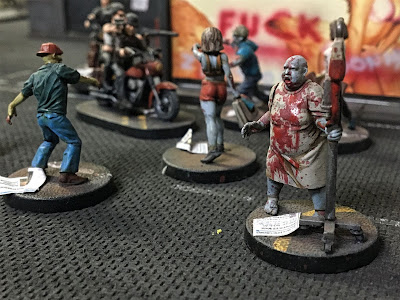 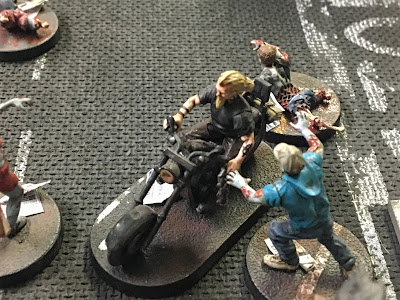 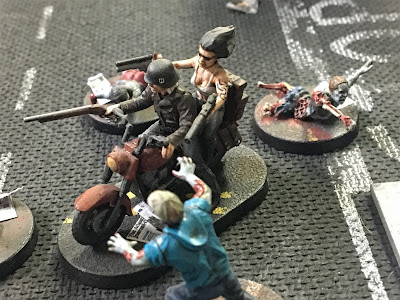