We played the scenario testing it as a multiplayer game.

Orders of battle are simple: in the middle of table there is a farm that four Confederate brigades must conquer within 12 turns. The Unionists starts with two brigades while other three will arrive in the following turns.

Just for the record miniatures are not my work … I’m working on but I have to finish a couple of stuffs required by my son before. I hope to start Confederate army by the beginning of May.

Furthermore I was part of Confederate team.

This is the map 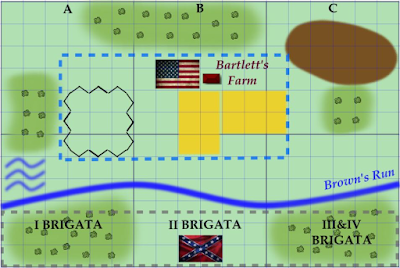 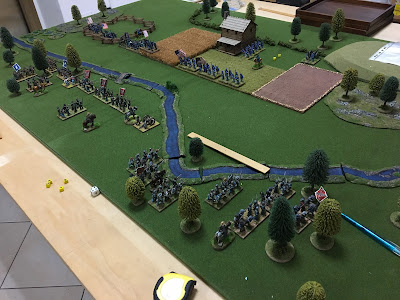 The Confederates cross the river 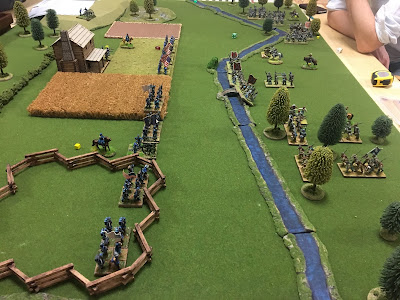 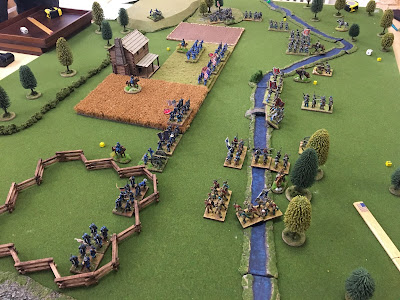 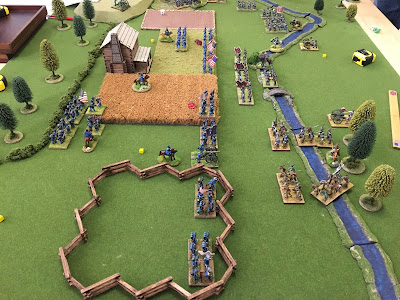 A detail of Confederate advance 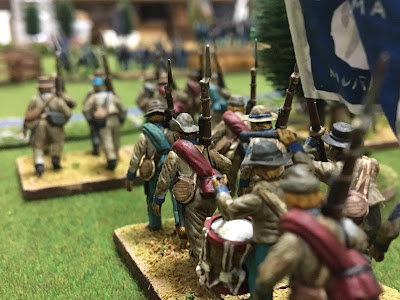 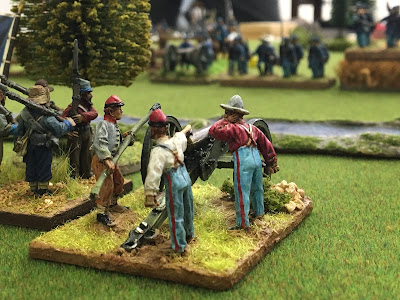 I was the commander of the center and the left Confederate wing. Our idea was that my brigades keep blocked the enemy while my partner uses his troops to attack the Unionists in the flank 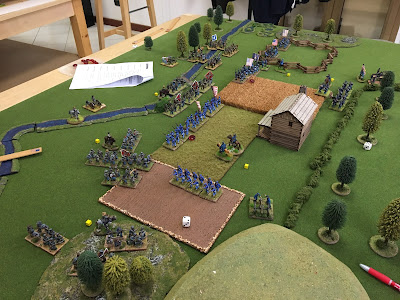 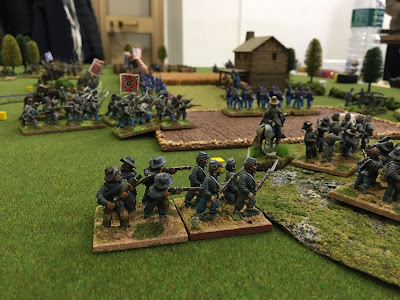 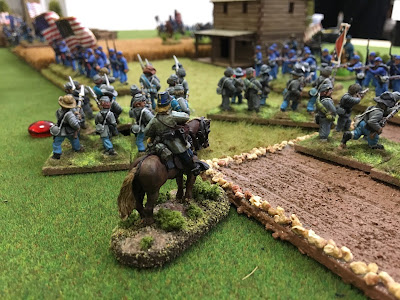 Another point of view of the attacks 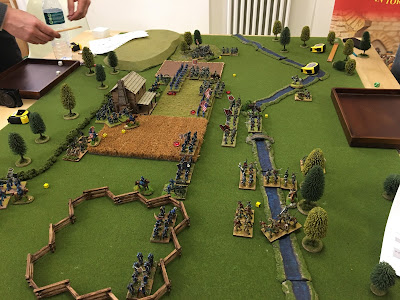 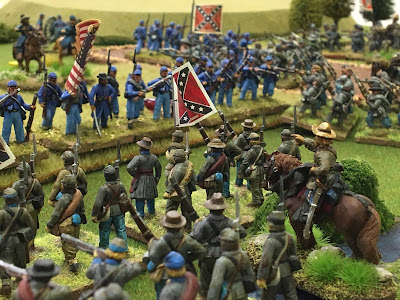 The Unionist troops are outflanked 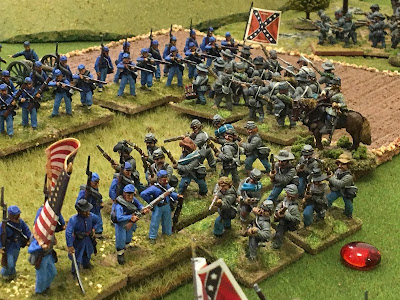 Also my brigades start the engagement 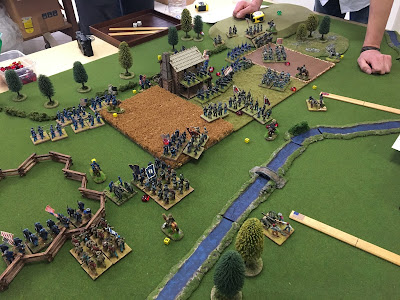 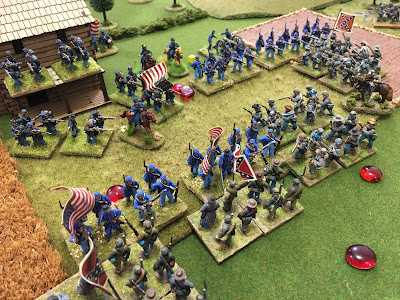 The fighting for the farm starts 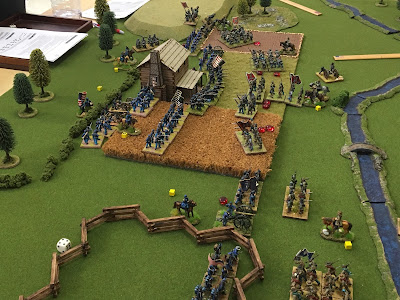 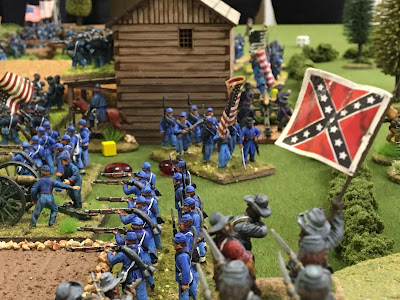 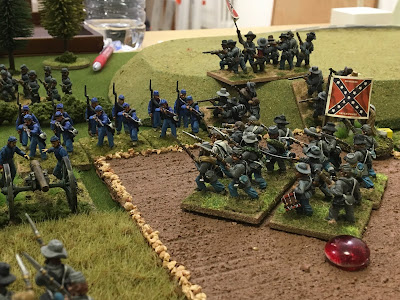 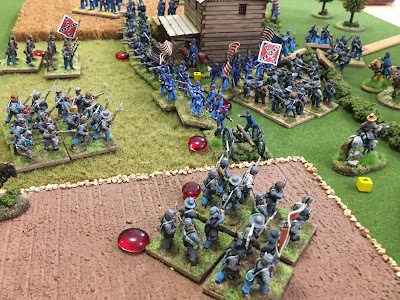 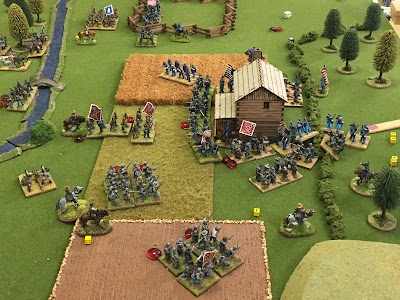 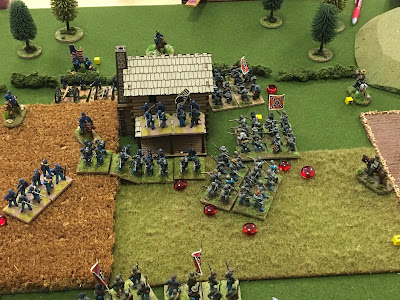 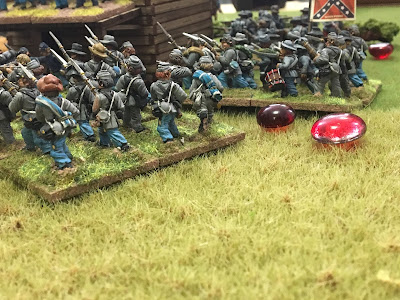 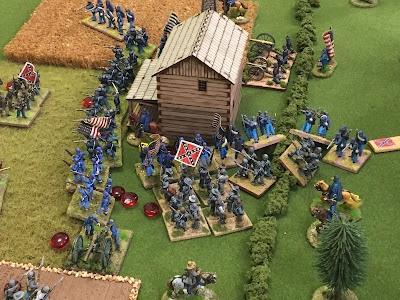 The Unionists keep the farm and win the battle.
Pubblicato da Marco Ortalda a 9:32:00 PM