Last Saturday thanks to Ezio’s help (and his patience considering that he was the only that have read the rulebook!) we played to "To the Strongest!" the wargame system wrote by Simon Miller.

It was the second battle for me and I've already explained quickly in another post the main differences respect other wargame systems.

We didn't play an historical battle because the armies that fought were: a list of Crusaders (around XI century) against a late Roman empire legion (around VI -VII century). Romans were painted by me while the Crusaders were not a work of mine. Unfortunately we didn't finish the battle because, during the day, we hosted a person in our club and so we spent  more time than in a normal struggle.

I tried to write a kind of battle report.

For the record we played the scenario in four: Ezio and another person in a side (Crusaders), me and Maurizio in the second one (Romans)

Creation of the "terrains" using the system rules 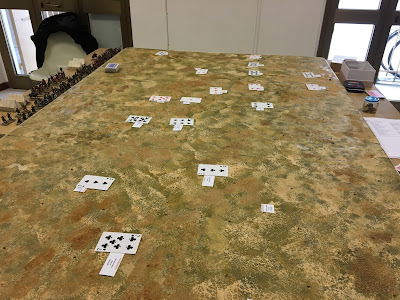 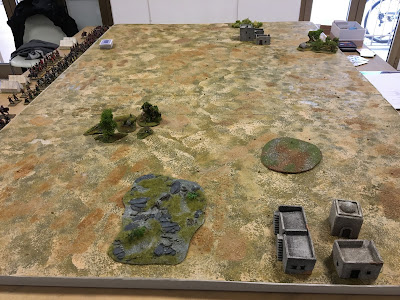 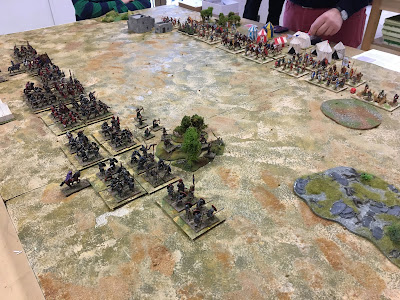 A look to the armies 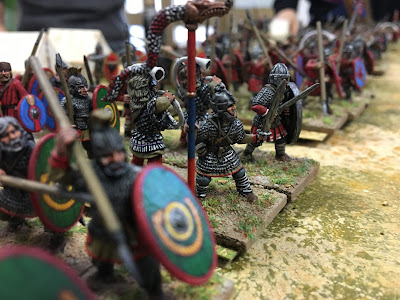 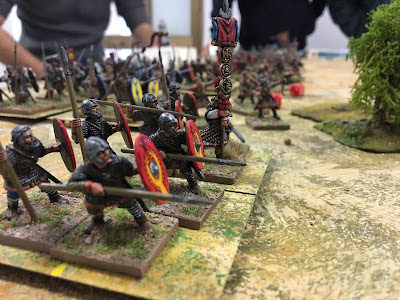 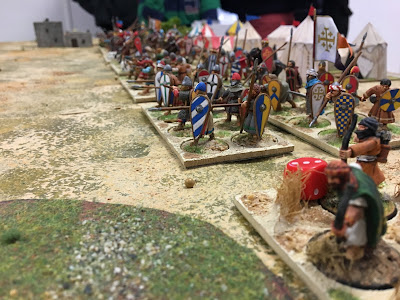 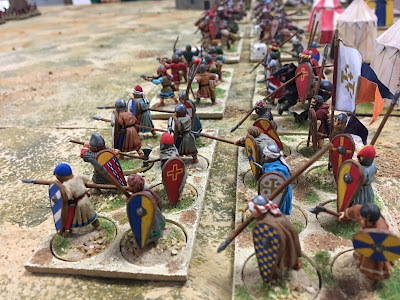 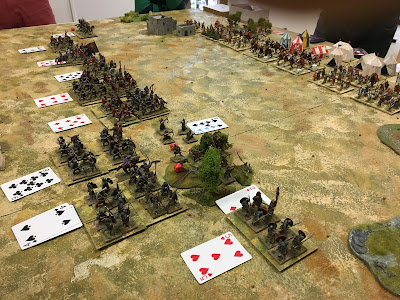 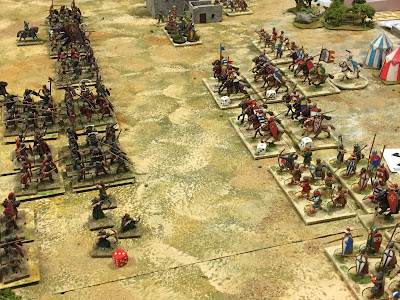 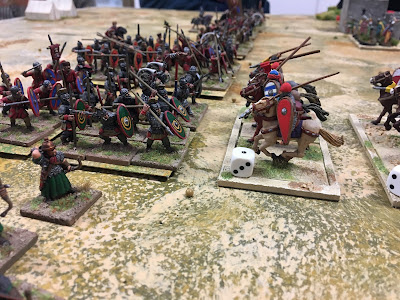 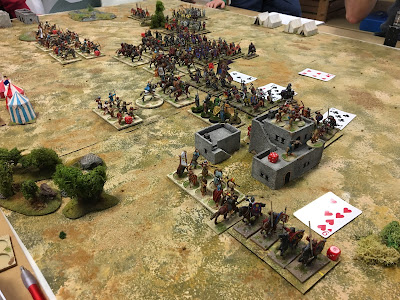 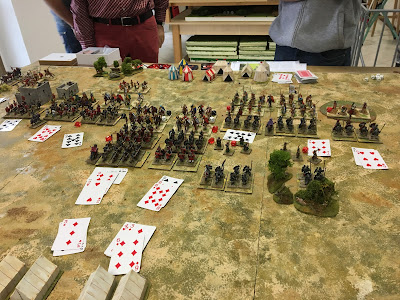 Now it is time of the Roman right wing 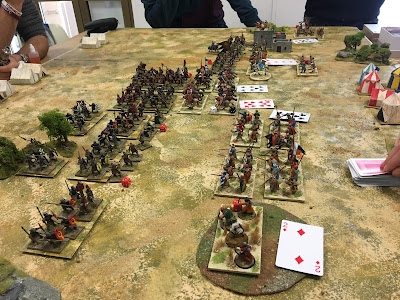 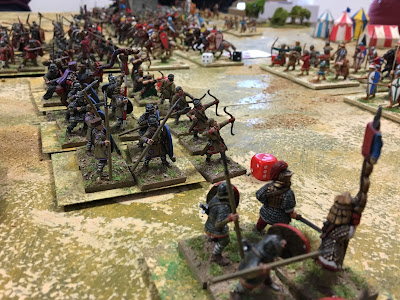 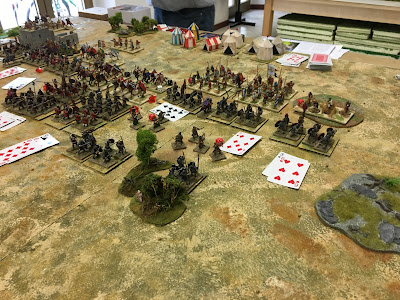 On the left wing Crusaders move back but they remain strong 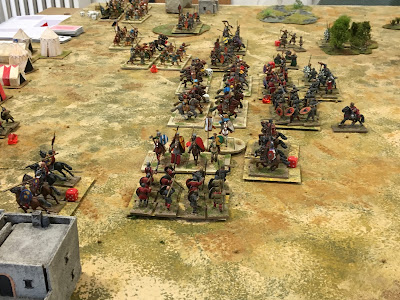 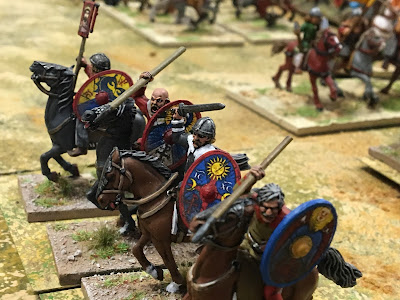 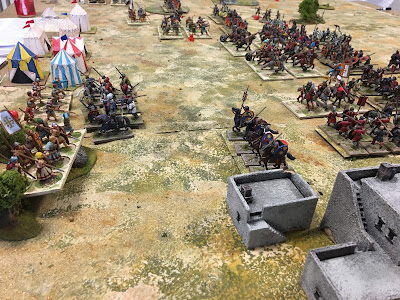 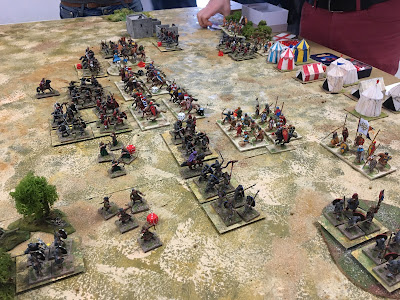 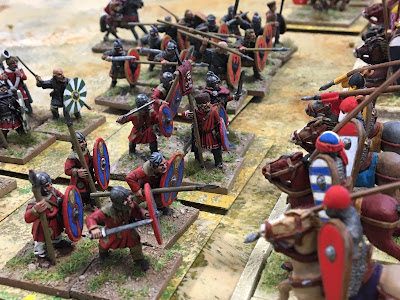 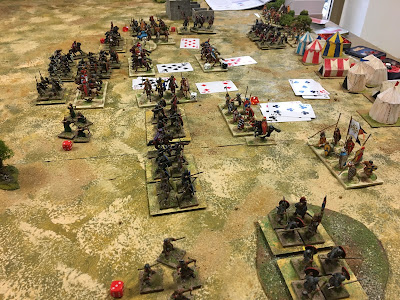