Last week I played with Paolo M. a playtest of his ACW rule system. I played with this rule system two years ago and, during the long pause, Paolo and the other club members improved the mechanisms.

I must anticipate that the rule system was created for a multiplayer game. Last week, we tested (for the second time) the mechanisms for a struggle between two players. We played 12 turns and it took us around 3 hours.
It is necessary to consider that I was rusty and so a player more skilled could close it in less time but Paolo was satisfied so ... he is the creator. Furthermore the units to lead were more than in a normal game because the scenario was a playtest. 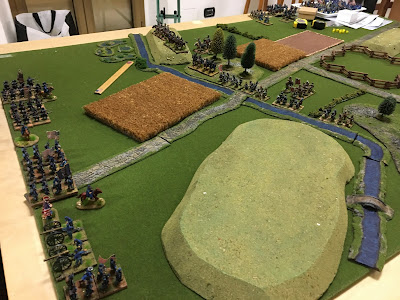 The right wing of the Union is on march. On the opposite front the Confederate dismounted cavalry take his position 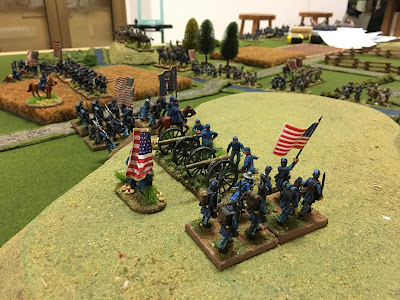 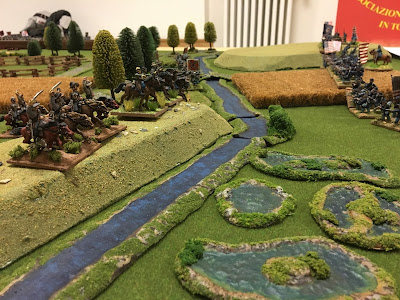 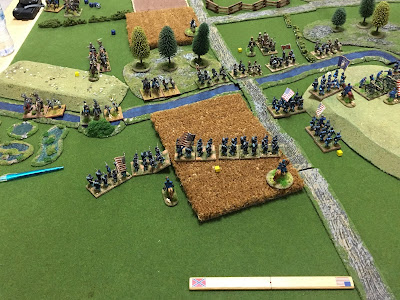 During third turn, my cavalry arrives and the artillery creates a hole into the enemy line 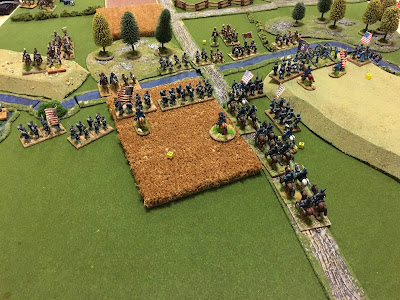 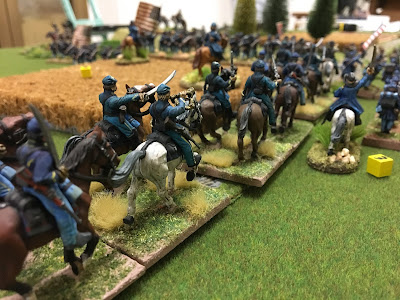 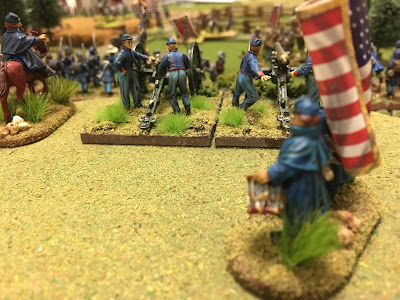 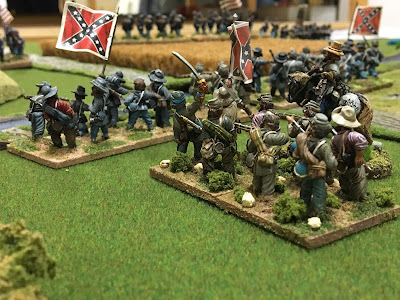 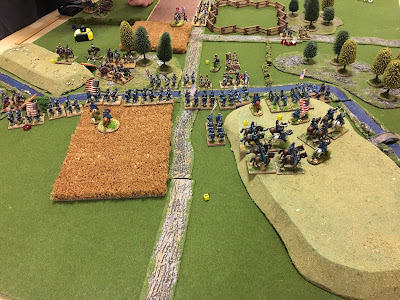 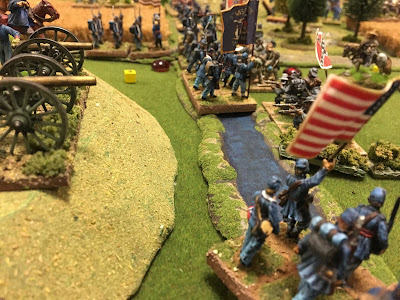 The reinforcements arrive for each player. On the right the Confederates fill the hole while on the right their artillery bombards hard my new division 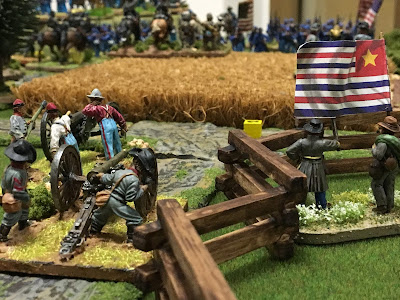 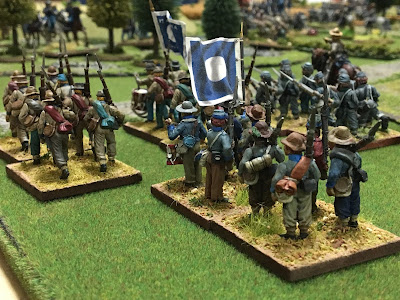 With my units I push towards the center ... 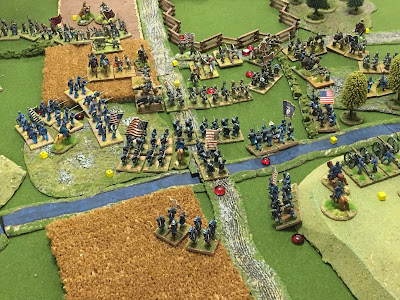 ... in the meanwhile, on the right, my outflanking maneuver is clogged up 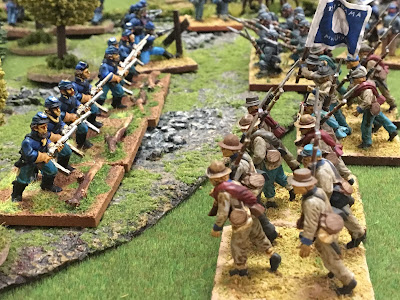 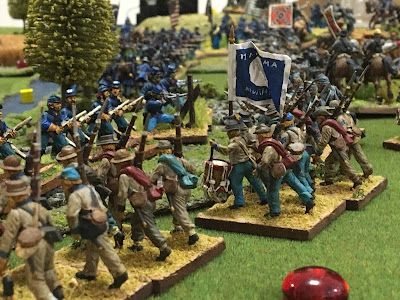 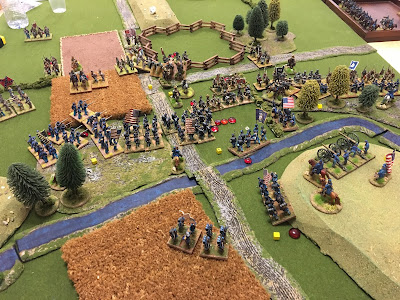 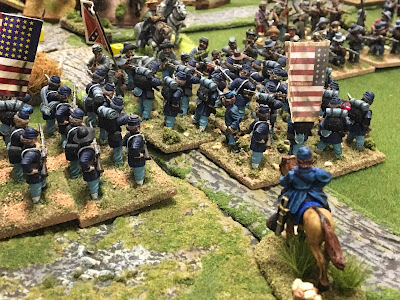 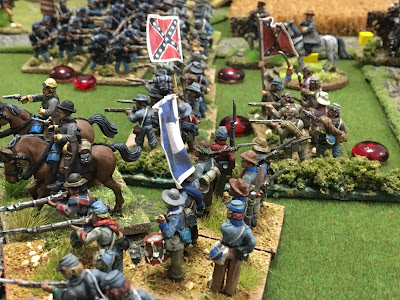