May 9, 1945 was chosen by the Soviet Union as the Victory Day over the Nazi Germany. In what way a club of wargamers celebrate it? With a commemorating table.

I want point out that miniatures and table are prepared by one of my club mate: Ezio.

Below a couple of photos of the Soviet troops that are gone to Berlin. 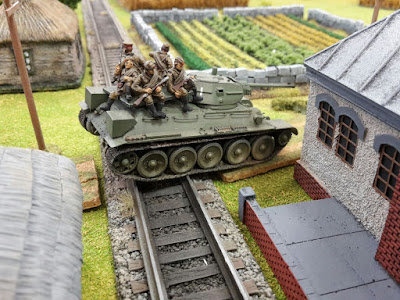 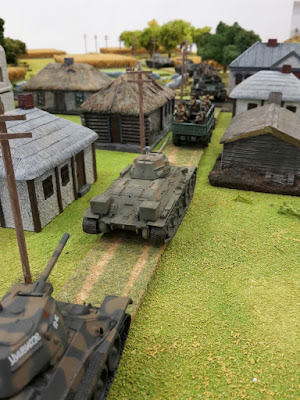 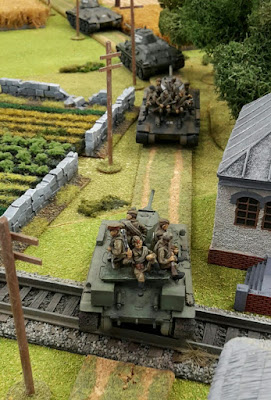 On 7 May (in SSR it was May, 9) Field-Marshal Keitel signed the preliminary act on an unconditional surrender for Germany.
So for SSR May, 9 1945 became the V-day

This is an original photo of Soviet tanks in Berlin ... 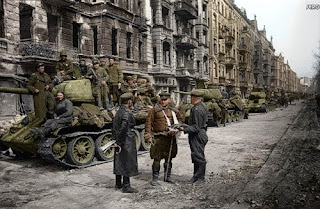 ... While the following ones are photos of a reenactment but they are adapted to understand the color schemes 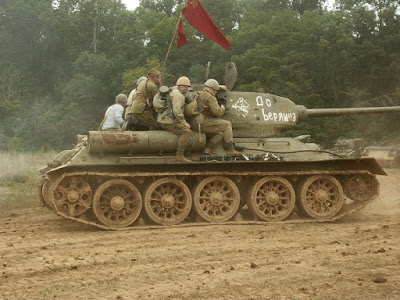 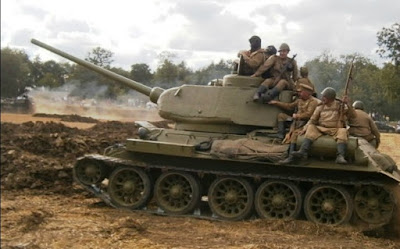 But in our table the road for Berlin is still long 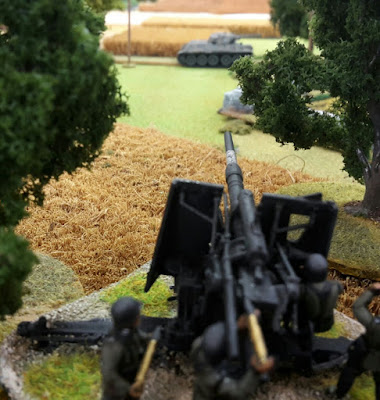 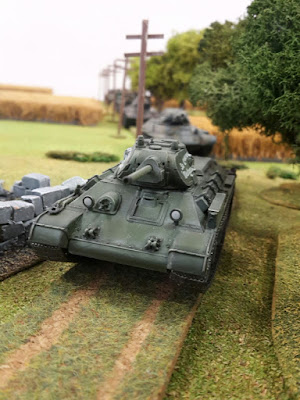 Also the photos below is original but ... in our case after the T34 passage. This was the real history. 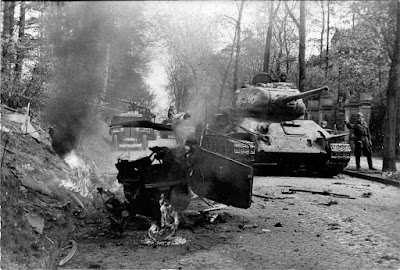