Thanks to the help of other members of La Piccola Armata, today Riccardo, Flavio and Biagio decided to play a match to Warlord battle tank.

I couldn't play but I had the possibility to take some pictures and prepare a little scenario using my green devils and the tanks painted masterfully by Flavio, Riccardo and Maurizio.

The immagine below ispired me to prepare these scenario. It is an illustration of Osprey "Battle of the Bulge"


The idea of the first group of pictures is to represent a group of German units attacked by artillery during their retreat in Italy or North Africa. Two panzer IV with Sd. Kfz. 251 and a group of German fallschirmjager


I prepared a second version of the same scenario but, this time, I included a Tiger. Tigers were involved in one of the last battle fought by Germans in Africa: Kasserine Pass. 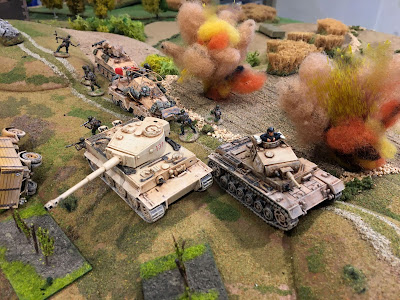 I prepared also a second scenario. This time I put a Puma, another Sd. Kfz. 251 and a Panther. Also in this case the enemy artillery is attacking them ... It could be a possible scenario of Normady invasion or of the battles fought from the Germans to defend his territory in 1944/45


In the last two group of pictures there is a StuG III; one of the most produced German armoured vehicle. Thanks to his silhouette StuG were easy to camouflage and a difficult target
In the photo below an officer of the fallschirmjager (with the white hat) is discussing with the crew of a  Wespe 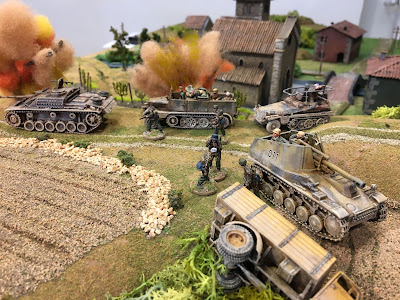 And in the meanwhile I was taking these pictures on another table my mates were playing their match. 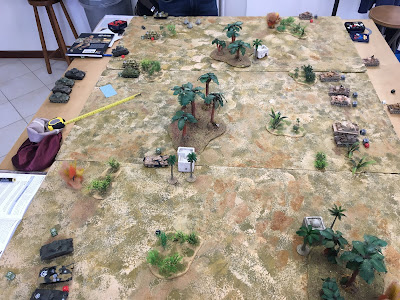 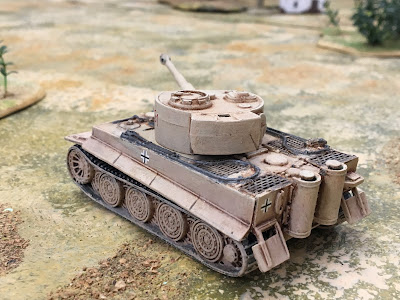 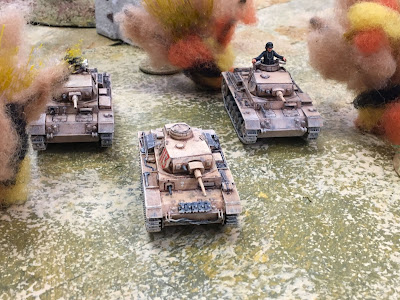 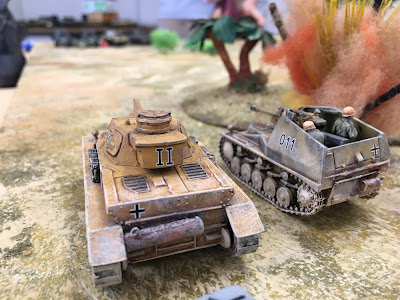