The last modern army that I painted are the US Marines. I started these miniatures after Milano Wargame (at the end of February) but I finished them only last month.
I decided to paint the USCM with the multi-scale camo pattern (MARPAT). There are different type of camo pattern ... marine, desert and so on ... but I decided for the woodland. 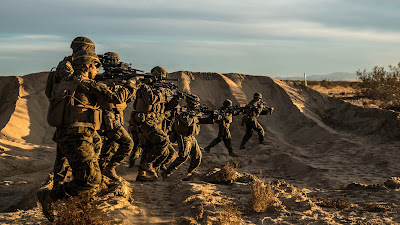 and below some of my figures in action 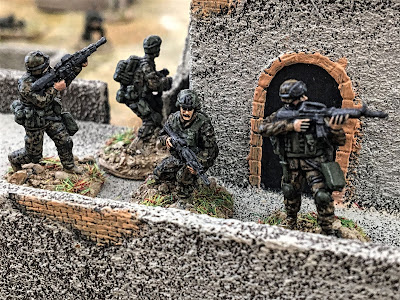 Obviously I painted also the supporting teams ... below two groups equipped with M2 Browning machine guns that cover the advance of some USCM 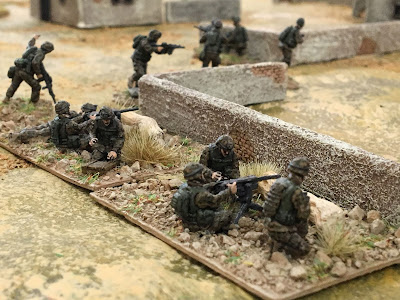 Below the original during a test fire at Camp Schwab. The M2 (called also Ma Deuce) is the oldest machine gun currently in the Marines' arsenal 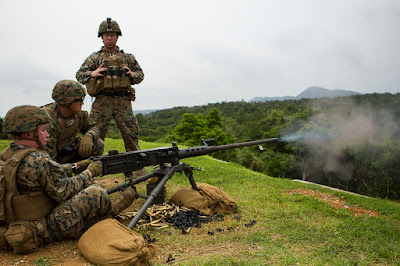 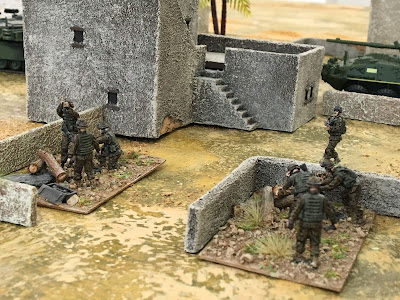 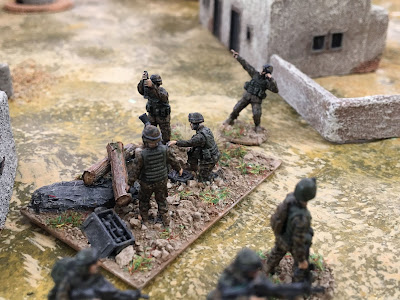 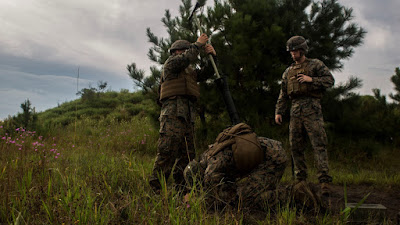 A FGM-148 Javelin launch rocket system in action on a club table and ... 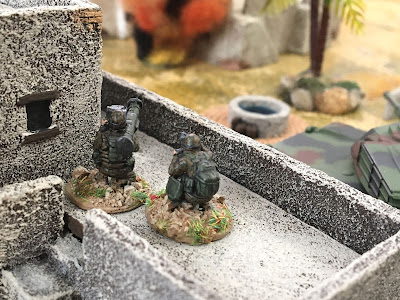 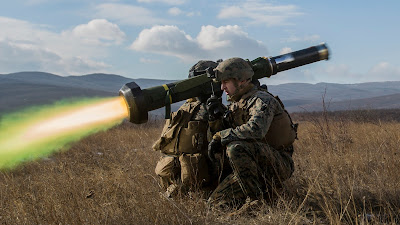 I painted also a sniper team 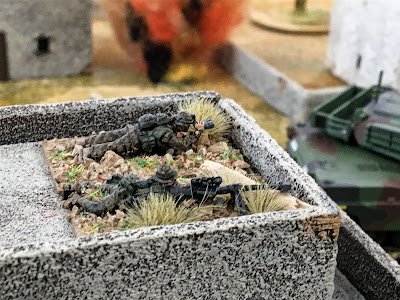 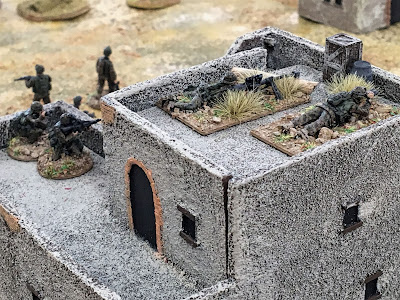 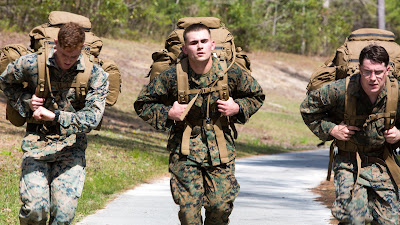 I decided for a darkest tone with green tactics and bags 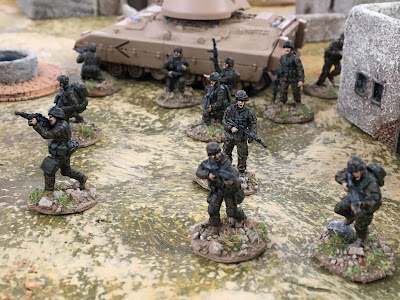 And finally other imagines of my marines during an action in a Middle East village and ... 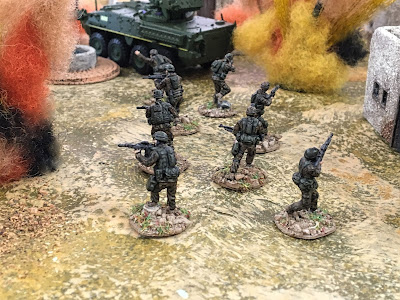 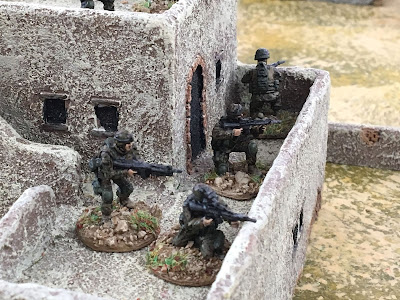 ... in a joint operation with French troops 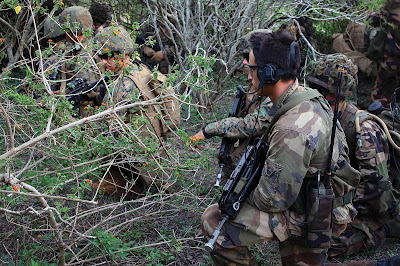 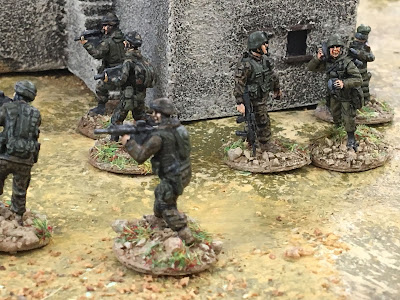