This is the second part of a post in which I want describe the work performed by my club (La Piccola Armata) and by another local wargame club (Warzone) for a special event in which we were involved. The background was the fantastic castle of Malgrà at Rivarolo Canavese and the miniatures exhibition was organized by Federico (the Warzone President).

In this post I'll report the two scenarios prepared by La Piccola Armata. 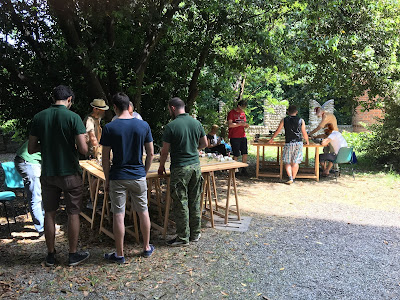 In the first table Riccardo, Aurelian, Maurizio and Flavio played a battle set during the Peninsular wars between the Spanish and the French.
Below an overview of the table 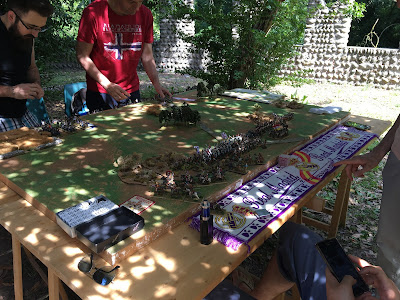 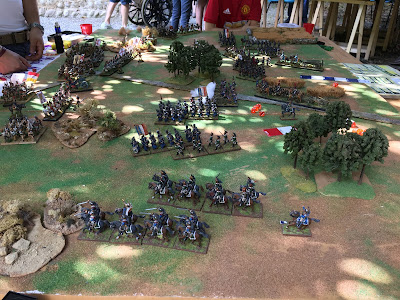 Below some details of the fantastic Spanish troops painted by Flavio 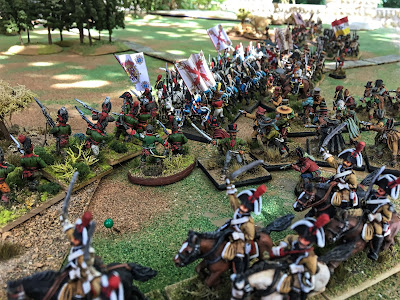 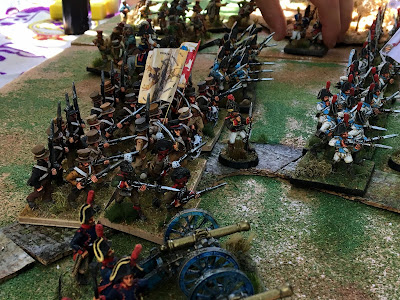 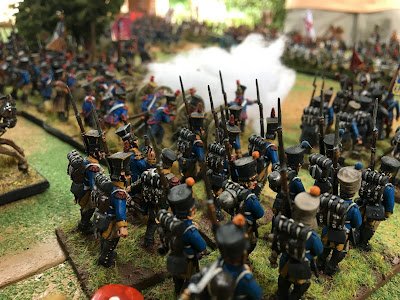 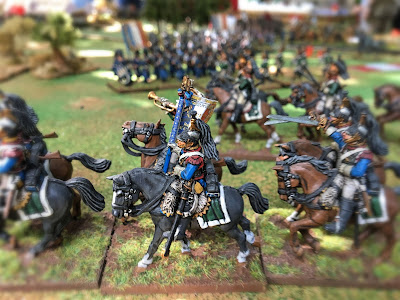 The battle was hard fought and, at the end, the Spanish decided to celebrate the victory in this way 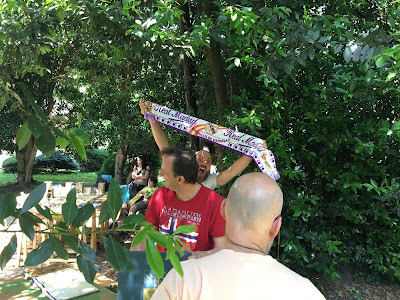 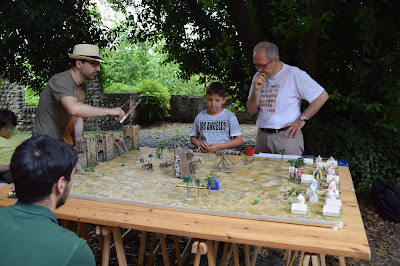 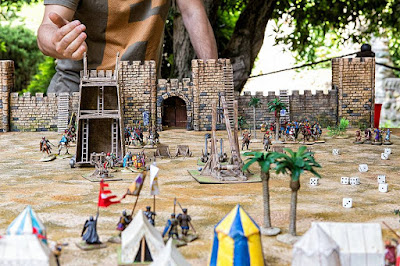 The obj of the Saracens was to burn the siege machines. 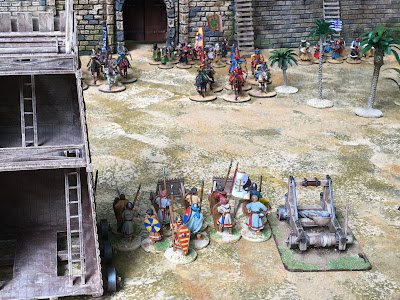 Below some pictures of the Saracens painted by Biagio and ... 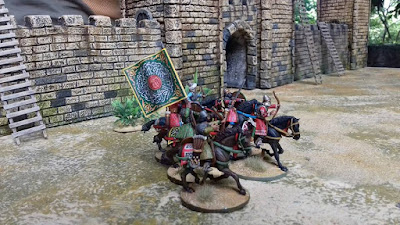 ... the Franks painted by Ezio 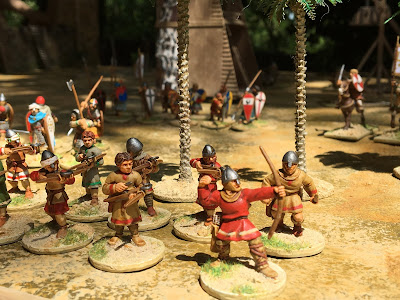 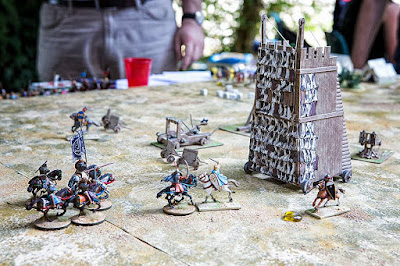 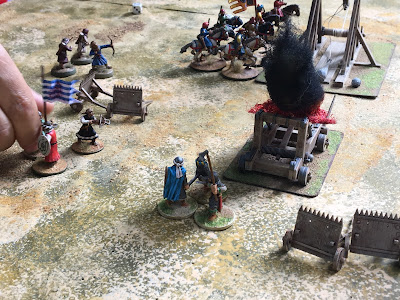