The battle we recreated was a small struggle of the First Italian independence war.
Curtatone is a little village in the north Italy and, during 1859, it was invested by the Austrian attack that will be concluded with the battle of Goito a couple days later. Curtatone and Montanara battles (another village near Curtatone) were fought between the regular Austrian forces and a beginning of the Italian army. The Piedmontese troops that took part of the battle were mainly composed by Tuscan and Neapolitan volunteers.

The battle was quick (only 10 turns) in a narrow scenario with a lot of linear obstacles. 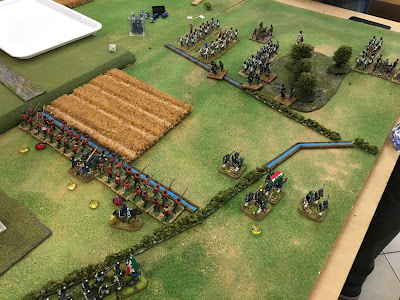 The red shirts on the center are the Tuscan volunteers. In the real battle the Austrians deployed 8,500 men plus 24 cannons against 2,500 Italians and 2 cannons.

The first Austrian assault pushed back by the voluntaries 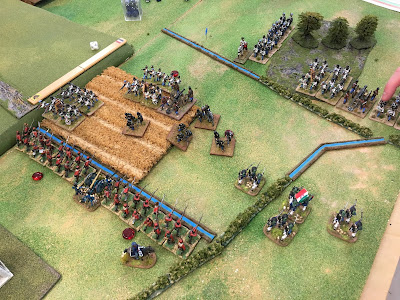 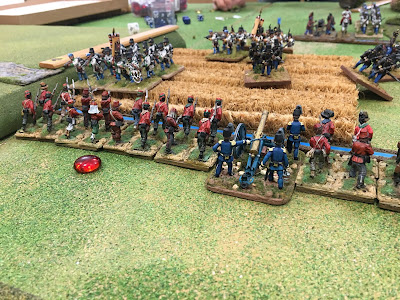 The Austrians continue with their assault and, in the meanwhile, another unit tries to outflank the Italians 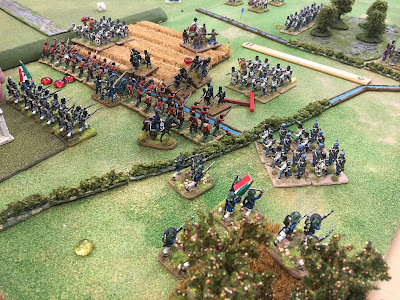 The Austrians break the Italian line but it is too late. The Italians continue to keep the control of the village. 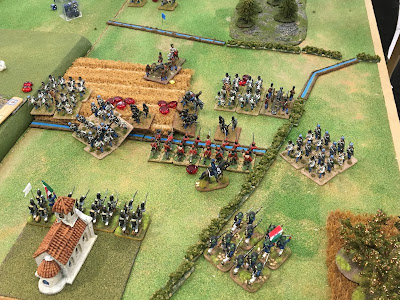 In the real battle the Italian volunteers kept the line against three Austrian attacks before to fall back to Goito.

This battle was a very marginal episode of the war but, for the Italians of that period, was significant and was used many times for propagandist purposes.
Pubblicato da Marco Ortalda a 8:50:00 PM