In the last months they worked hard to prepare a version of Bolt Action that can work for this kind of setting, and, as it is possible to see below, their work had a good result.

Below a Bell AH-1 Cobra in preparation and… 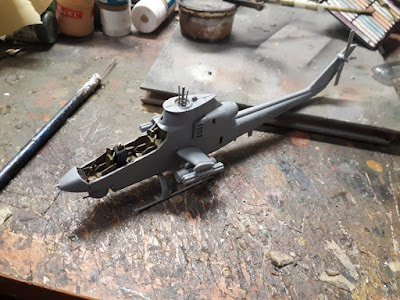 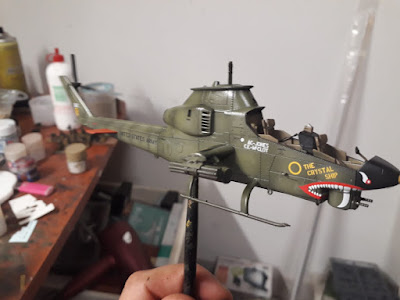 … the same model finally in action during the game 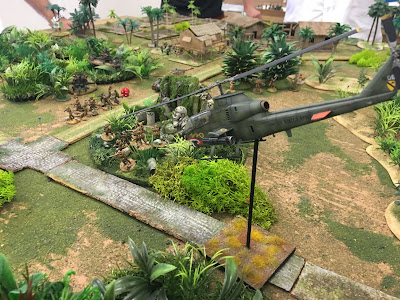 but also the Viet player prepared his secret weapons 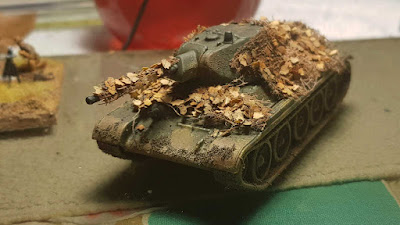 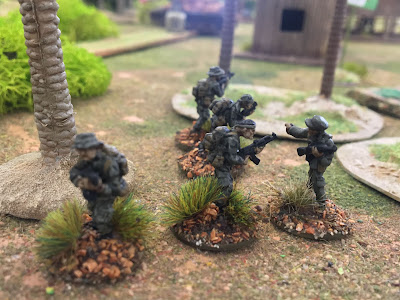 During a recon mission, some US troops found a significant concentration of Viet not very far from a little village 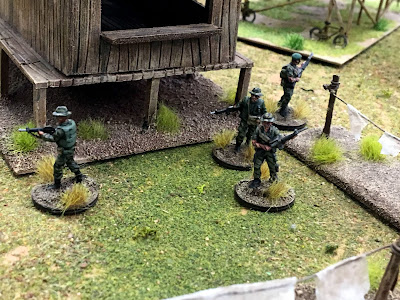 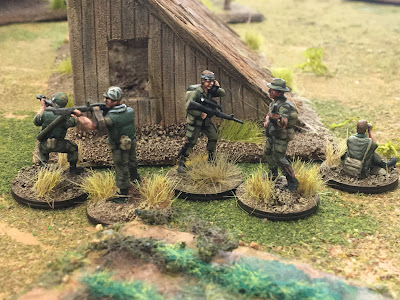 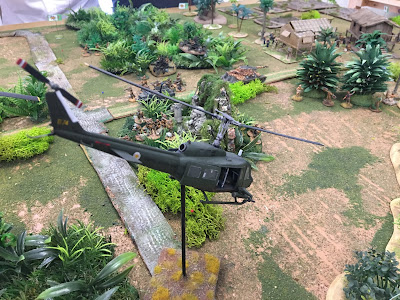 After the recon starts the real game

Viet forces were under the control of Antonio, Enrico and Eugenio while US troops were deployed by Maurizio and Giancarlo. All miniatures are 20mm and they are painted by Maurizio (USA) and Antonio (Vietcong). 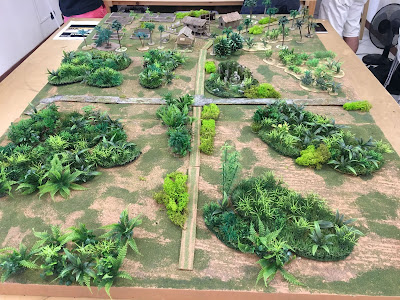 The first Viet move is an escape and… 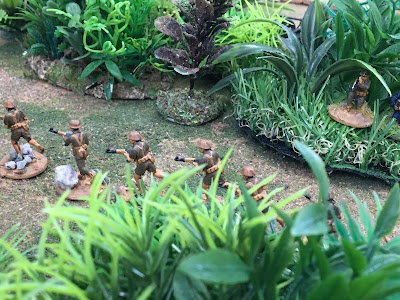 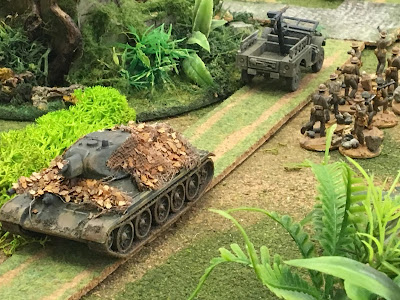 … the American players try to stop them with the armored forces 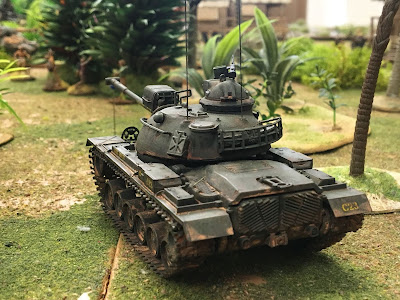 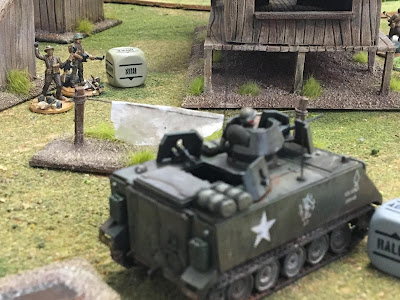 Unfortunately, the first platoon that leave the M132 is heavy attacked by the Viet veterans hide into the village 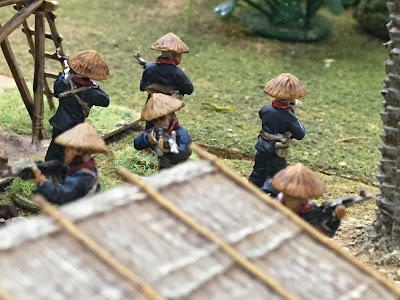 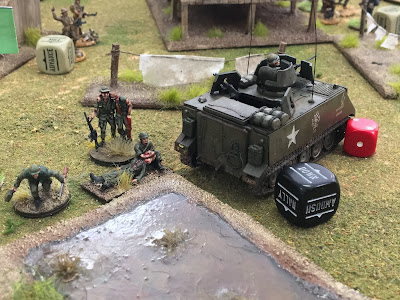 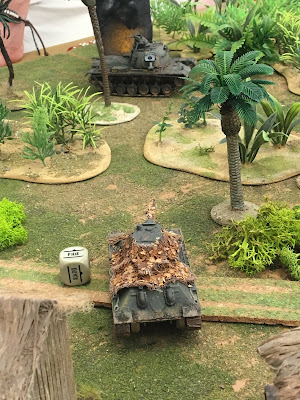 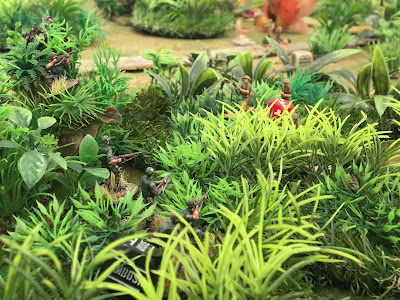 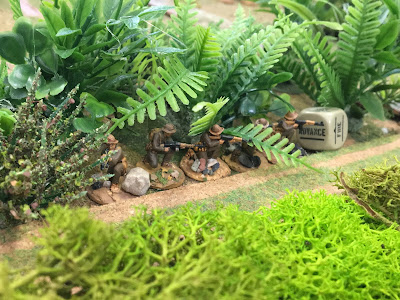 and Us units slow down them with the artillery 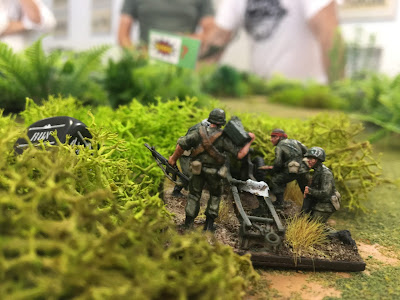 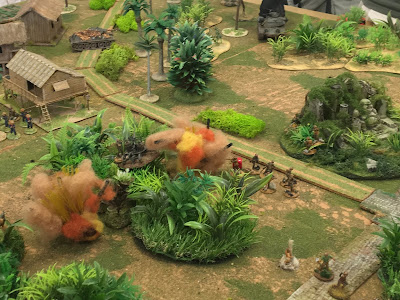 And with a suicide attack of M132 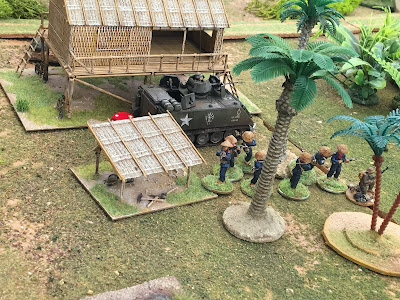 it is time for the Americans to show their military power 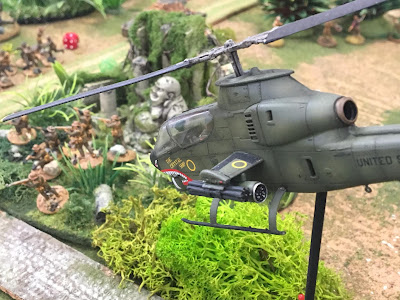 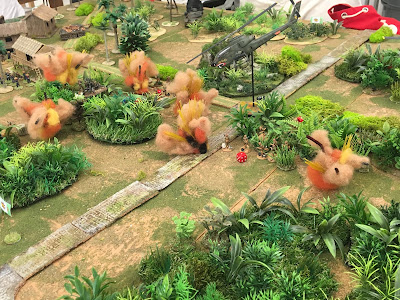 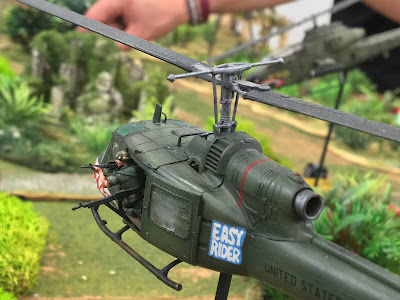 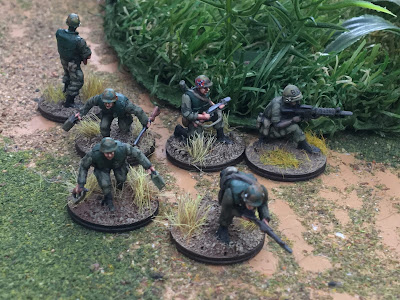 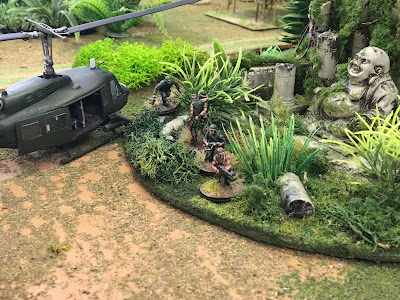 To conclude a cameo prepared by Maurizio inspired by "Apocalypse now" 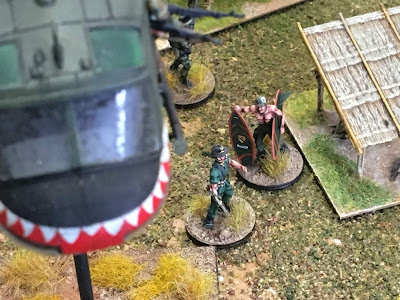 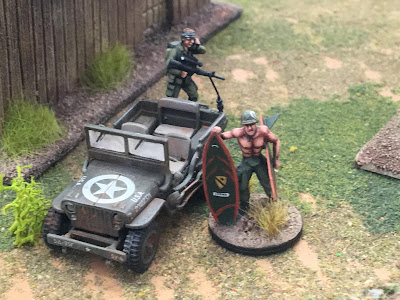 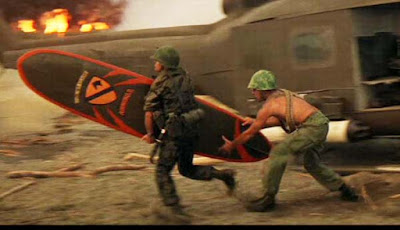