As I wrote in previous posts, in the last months my club mate Maurizio worked on his new army for SAGA Magic. Last week he brought the miniatures to the club to show his work and I couldn't resist to take them some photos. 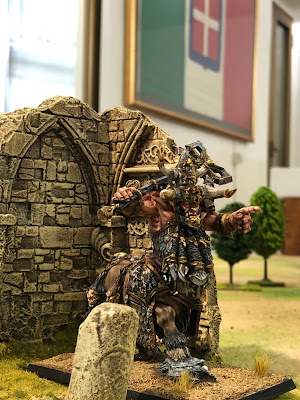 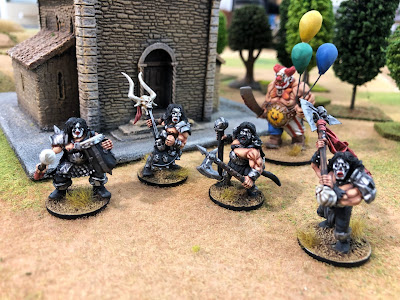 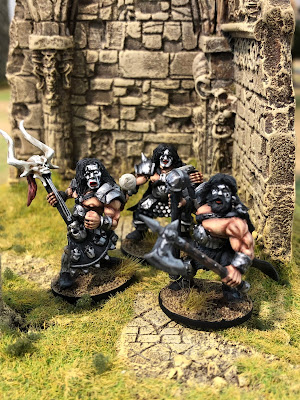 But SAGA is written to merge the fantasy with the historical miniatures so ... why not to believe in a strange alliance between Late Roman soldiers and the new Barbarians? 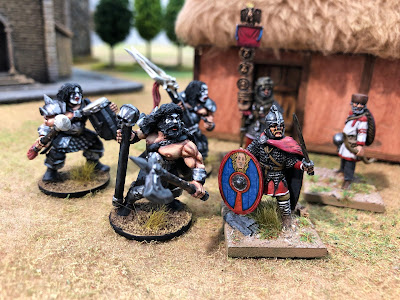 Below a group of milites against a Maurizio's monster ... 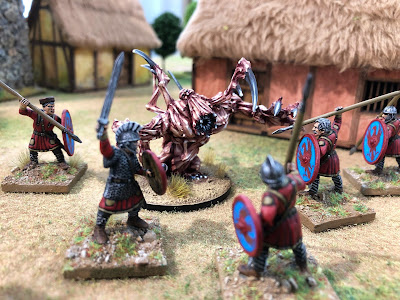 ... and another one that is trying to defend himself from a dire wolf's claws 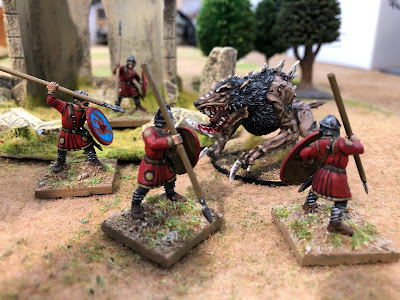 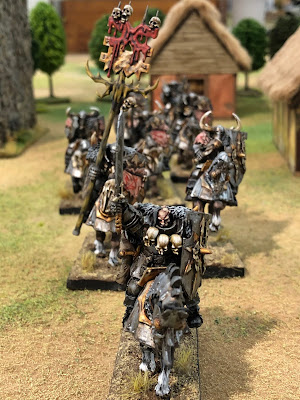 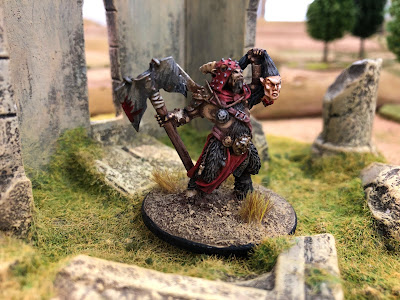 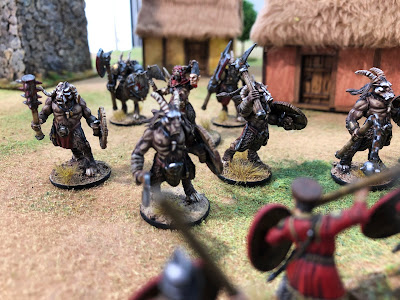 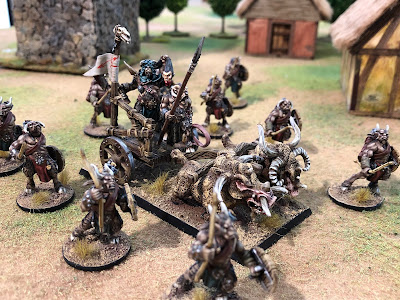 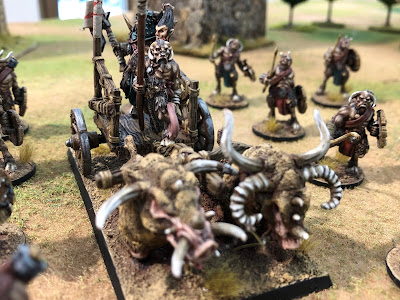 But a fantasy army must have his Champions 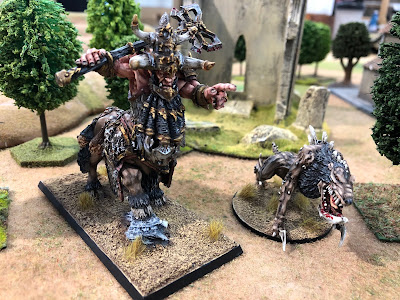 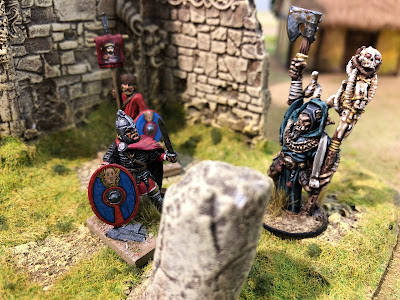 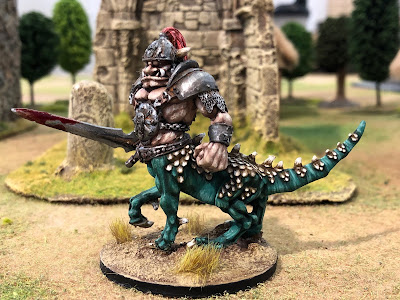 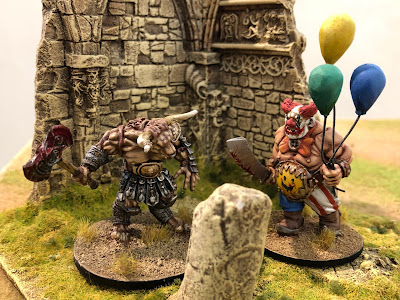